A Mexico to Israel via London Layover Airport Interval Runaround

November 13, 2013 by DC Rainmaker|Blog » Central and South America, Mexico, and the Caribbean » Travel|Comments (34)

To start, let’s just recap the last two days. Or at least, I think it’s been two days:

Which, to be clear, is only the beginning of this trip. The first two days of eight days.  Obviously, given my schedule in Mexico, I saw very little of it.  Though this is hardly my first time in Mexico, you can look back for previous Mexico City posts. This time I had to settle for simply heading outside my hotel late Sunday night to check out the closed streets around the Reforma (also of note, every Sunday they close down some 60 kilometers of streets for riding/running/etc…). 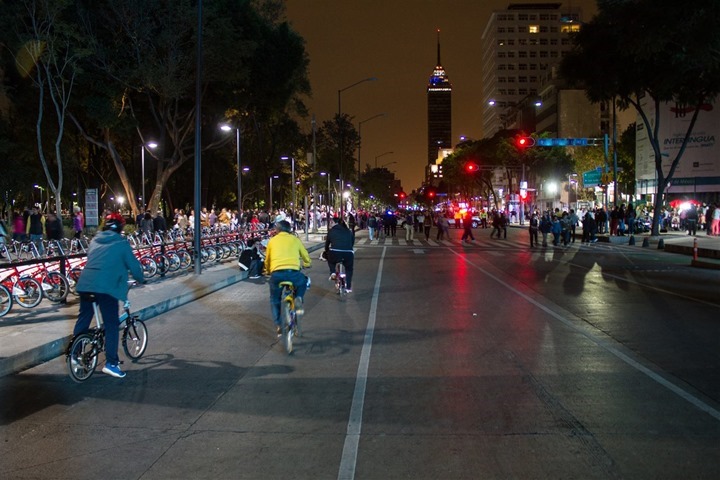 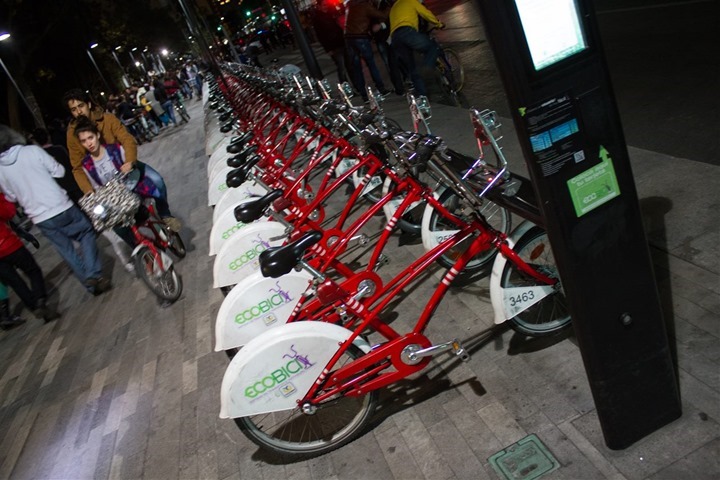 And, it happened that in front of my hotel there was a massive park with all sorts of art projects setup in it: 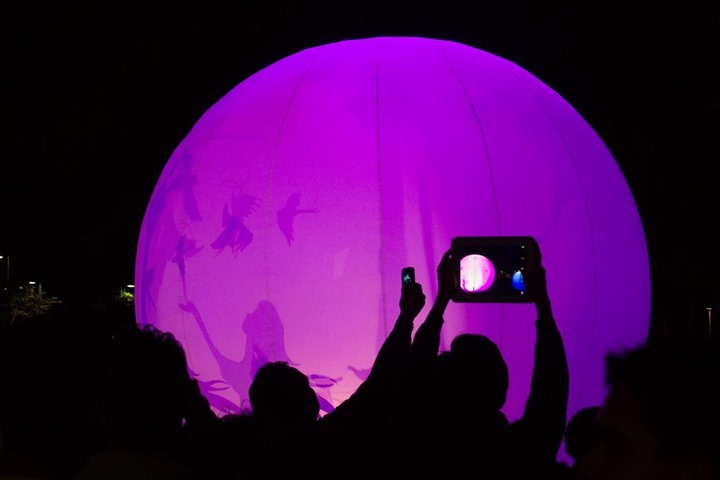 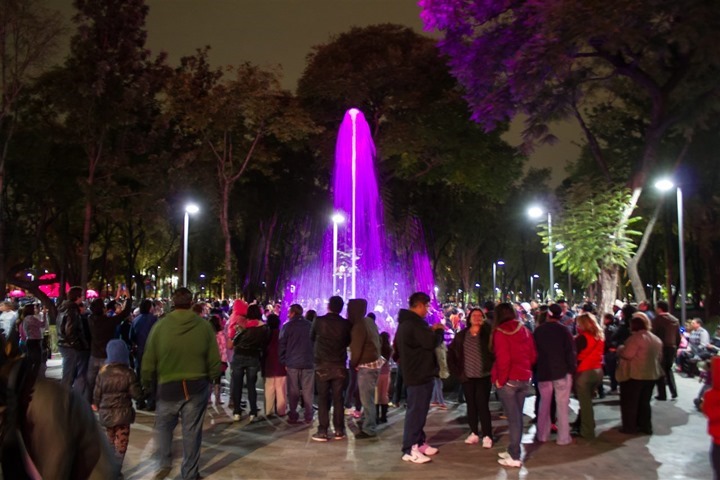 And, food. A market of sorts, mostly food focused.  I just got a churro and called it done.  It was pretty awesome of course, since it was filled with chocolate. 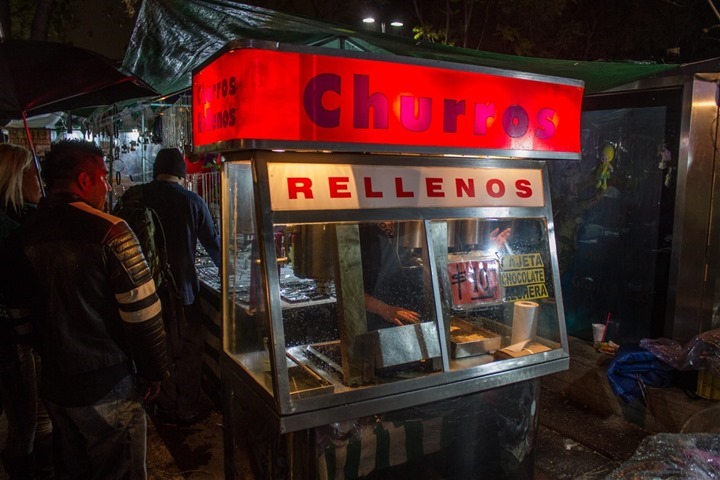 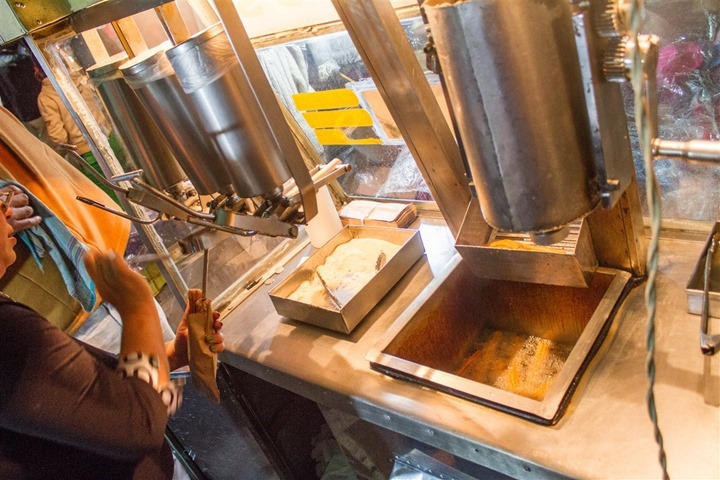 Monday was of course packed with work related stuff, ultimately ending up with me in a taxi in traffic for 90 minutes getting back to the airport. 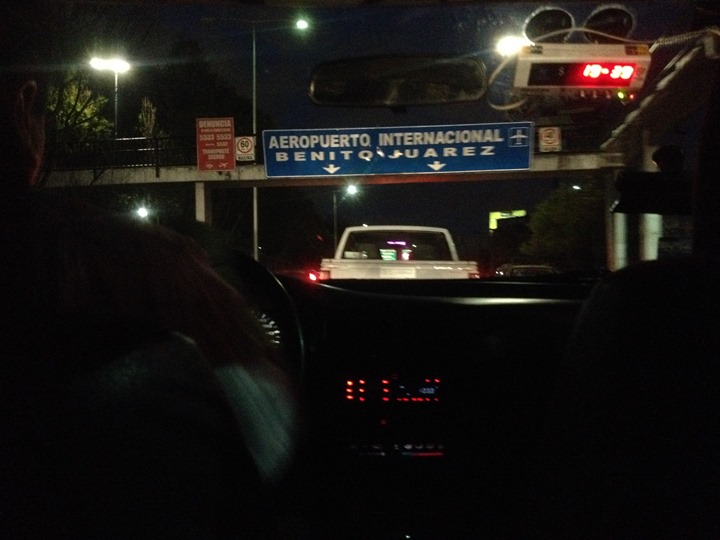 Thus, the sum total of my Mexico City trip.

Now I find myself in London, or rather, the area around Heathrow Airport – where even on the finest of days the inefficiency can be mind-boggling (keep in mind I pass through here about every other week).

In my case I’ve got a 10hr and 20 minute layover until my flight later this night onwards to the Middle East.  And, in making the most of my time, my coach has scheduled my final hard workout before I taper for next weekend’s marathon: A 6 x 1-Mile Interval workout.

In order to facilitate getting work done, along with a place to try and catch up with sleep ahead of my second redeye flight in as many days, I’ve got a hotel room for a few hours at a nearby hotel.  It’s here that I’m starting my run from. 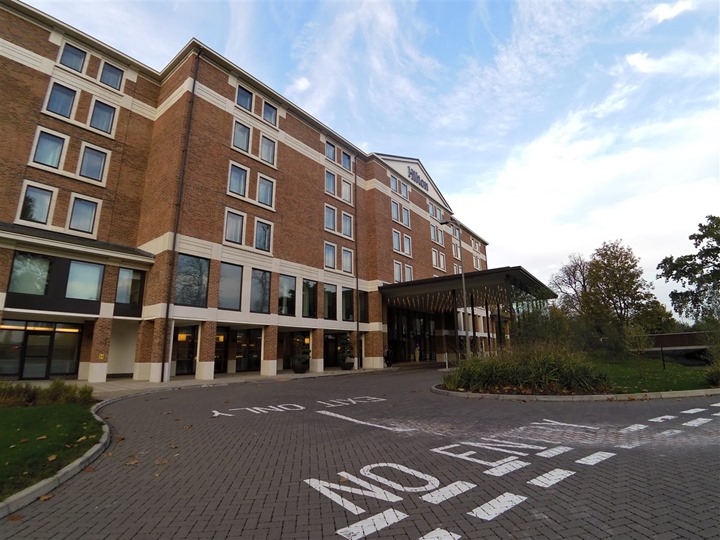 I scoped out a few options using a combination of Garmin Connect and Google Maps.  Ultimately I just needed to find a single 1-mile section that was clean and repeatable.  No traffic lights or any other potential interval-failure points. It looked like there was a nice section just a bit south of the end of one of the runways, so, off I went.

The initial part of the run was just some random industrial area around the hotel – not terribly exciting. 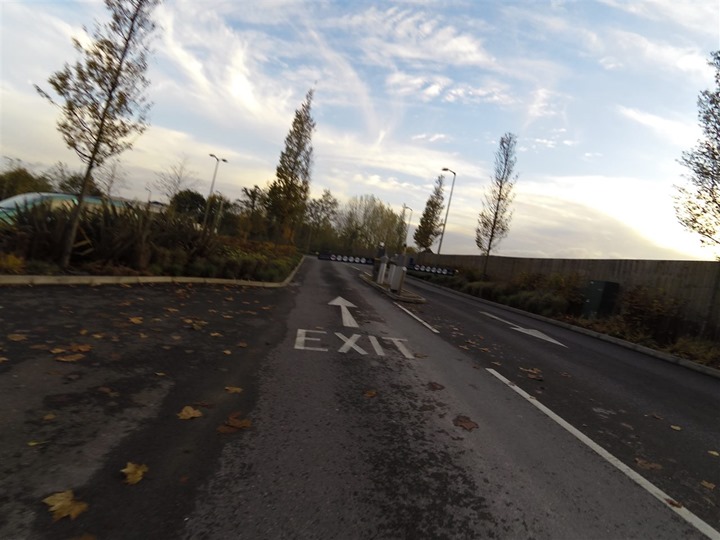 Then, I took a short diversion on a bike path which would get me under and then over some roadway/highway mess. 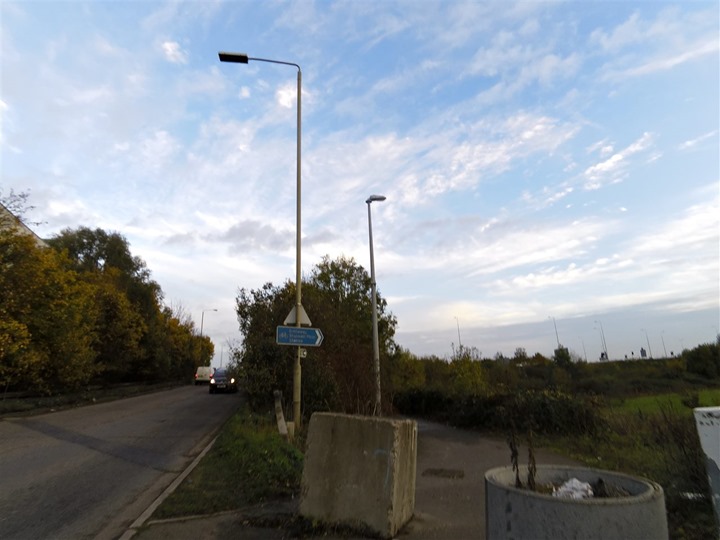 The path did have some pretty trees on it: 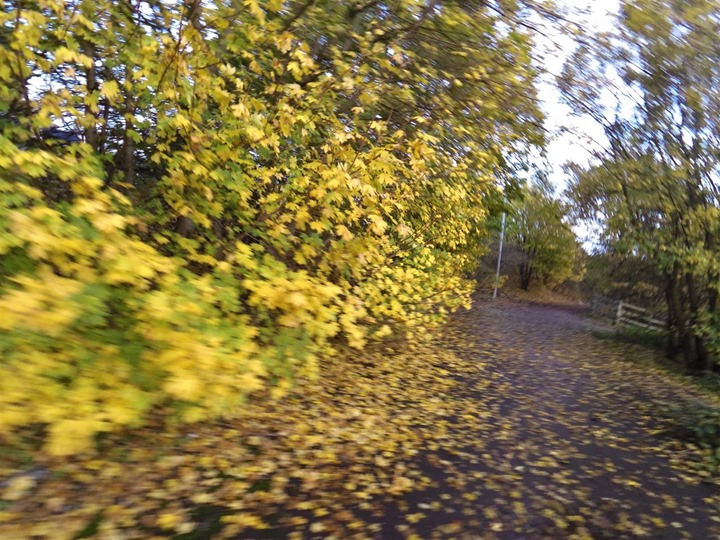 After that was complete I was about 2-miles in and neared my interval area.  The start of the intervals would be almost exactly below the flight path of the departing aircraft. 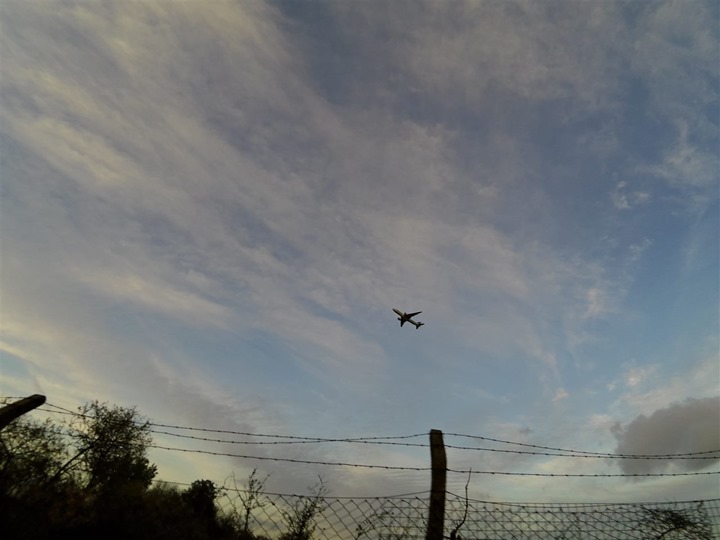 In the case above, it was a narrow-body plane that took off quite a bit earlier down the runway.  Whereas the 747’s that took-off above were much closer to me.

The out and back was in between two reservoirs, along a little bike path.  I’m not entirely clear why the line is painted in a 2/3rds configuration versus a half and half configuration. 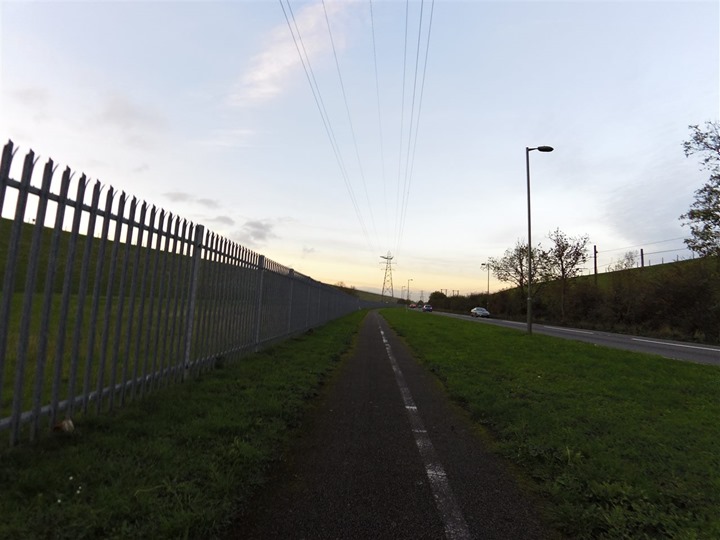 It was plenty long to get in a mile each direction – so I just went back and forth.

It became pretty clear by the end of the 2nd mile-repeat (now some 4+ miles into the workout) that the redeye was taking it’s toll.  My HR was a good 10-15bpm higher than normal for this pace, and it was just darn hard.  So, I ended up capping it at 4x instead of 6x.

Below, me taking my 2-minute rest period as planes flew overhead. 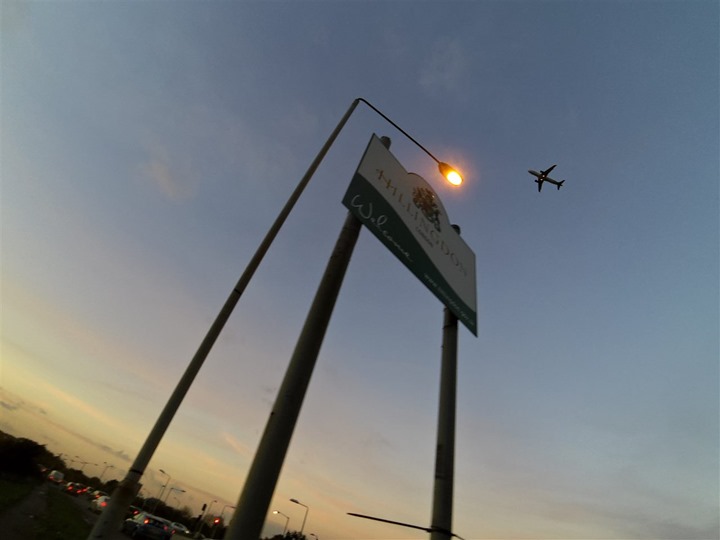 Randomly, I did see this: 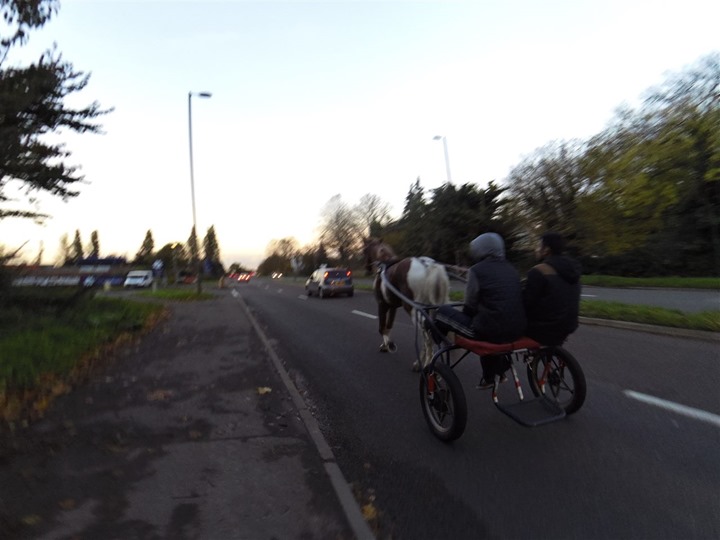 Here’s what my route looked like – not terribly exciting, but, it was fairly efficient.  Trying to run the perimeter road at Heathrow would have been inefficient for mile-repeats (though fine for a long run). 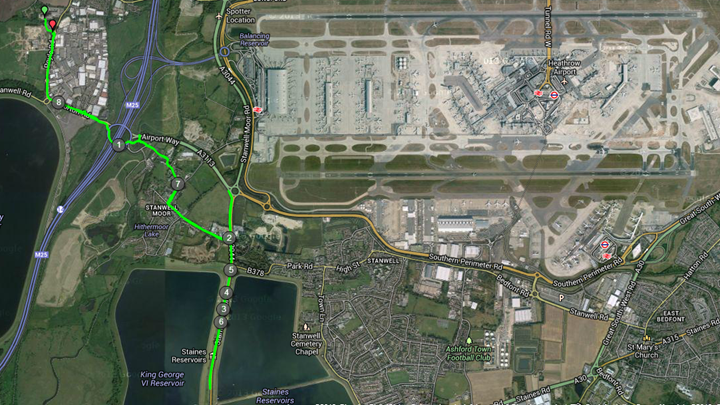 With my run complete, I spent time catching up on work, sleeping a bit, and then ultimately I’ve found myself back at the airport, again. 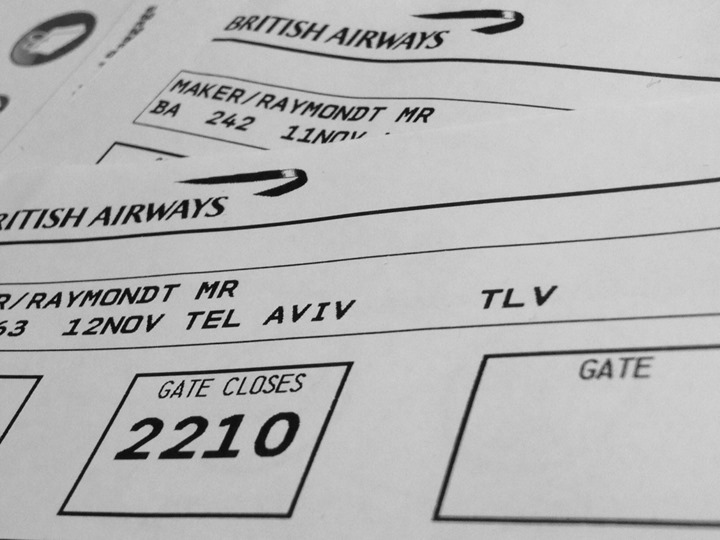 Now, I’m getting ready to head to the gate.  Which, brings me to the current timetable, just like the start of the post:

That is all, and we’re just half-way through the week.  Time-permitting, I’ve got a review or two on the docket as well. Thanks for reading!