On Wednesday as I was walking back from the CupCakery to home I made my usual way across the front of Notre Dame.  On any given day, it’s usually swarming with folks taking pictures, some police presence, kids trying to steal peoples purses, people eating crepes, and as of late – a lot of construction.

Of course, it’s also a bit of a mecca for entertainment, protests, and events in our neck of the woods.  Be it people marching about topless rights, or the dancing goose market.

So perhaps it wasn’t too surprising that when I saw people standing around with cardboard signs I figured it was just another protest.  Well, turns out, I was sorta correct. 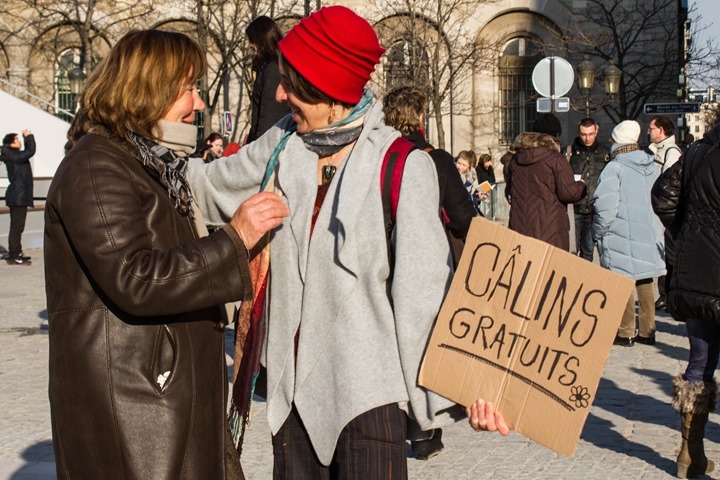 See, ‘Câlins Gratuits’ translates as ‘Free hugs’ – and they were…well…giving them out.  You know, for free.  So not a protest per se, but more of a hugfest. 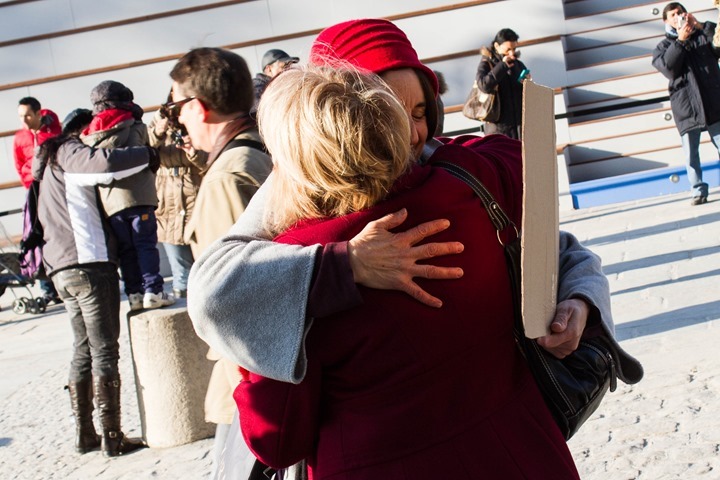 There was perhaps half a dozen of them standing around, of all shapes, sizes and ages, and all with cardboard signs – one side in English, and the other in French.  Below were four of them clustered together, but there was another few wandering around and spontaneously hugging people passing by. 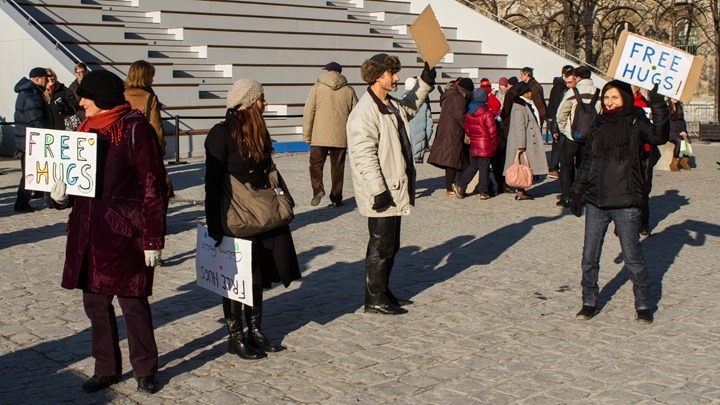 They stood there smiling, waiting, holding up the signs and occasionally holding open their arms – waiting for someone to embrace them: 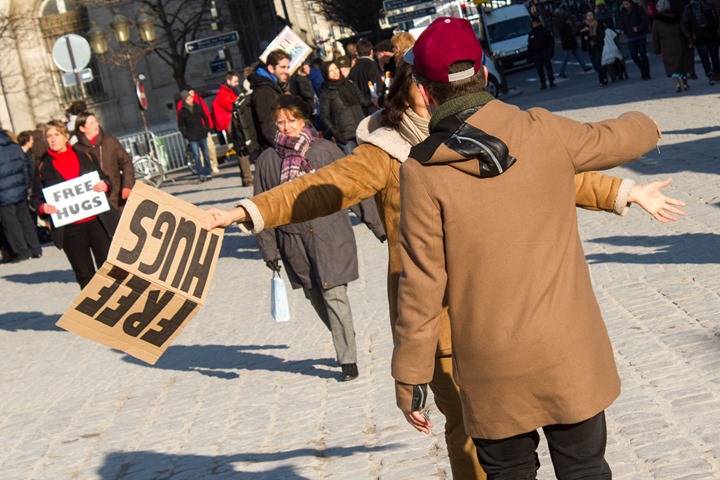 I watched for a couple minutes, and on average, I’d say about half to three-quarters of the folks in the immediate line of open arm fire did indeed take the opportunity for a free hug. 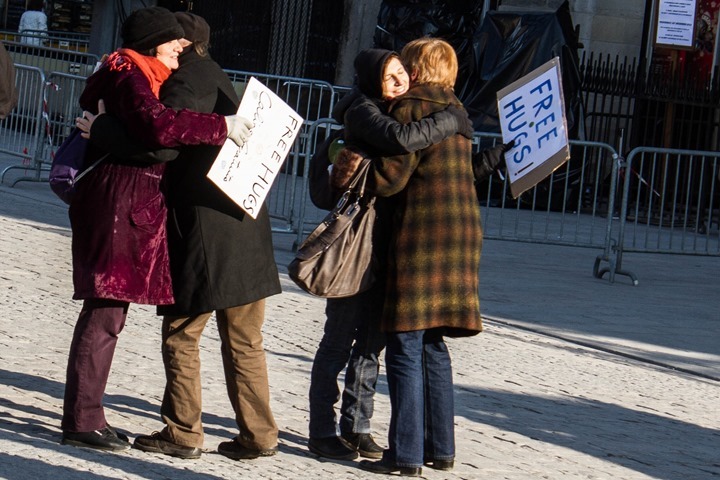 As you can see below – both old and young took advantage of the situation. 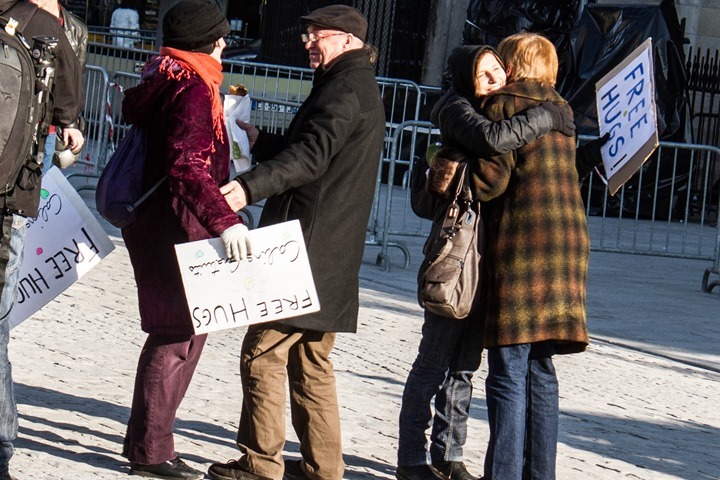 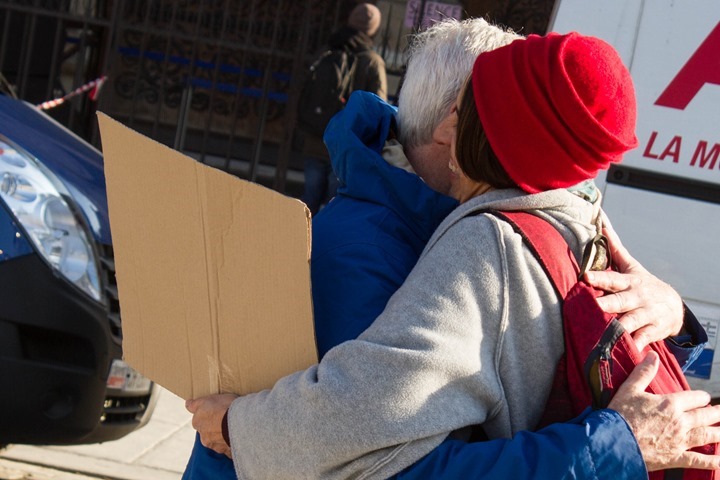 Now the irony here being that just four short hours later in this very spot – there were probably a lot of folks that needed hugs.  It was the opening ceremony of a large structure built in front of Notre Dame and the mood of many nearby wasn’t terribly joyous (yup, even full-on protesters!).

But, at least during this afternoon – it was all hand-drawn hearts, smiles and hugs.  Perfect for the holiday season!