Running past topless demonstrators–and other antics from my weekend

This weekend was a bit of a hodgepodge of things, everything from touristy sight-seeing, to running in new places, to writing lots (and I mean LOTS) of product review content for stuff coming up – much of which is tied to Eurobike starting this week.

First up – my run.  It was only 10 miles, but it made for a nice Saturday evening jaunt as the weather has significantly cooled off in the evenings over the past few days here.  I decided to wander off into un-run territory (for me) and just head south along the river (Seine).

Not more than about 50 yards from our place, there was a handful of highly dressed up fashion models doing a photo/video.  Regrettably I was so distracted by the whole thing that I forgot to take a photo.  No worries, that only made me more prepared for the topless demonstrators later.

About half a mile after the fashion folks, came the salsa dancers.  Or perhaps they were tango.  I’m not terribly clear (though I’m sure someone here knows).  What I do know is that they’re there almost every night.  They do larger group lessons – which it appears you can either watch or join in.  There’s a few handful of groupings of them in different pods in the area – maybe 3-5 groups in total: 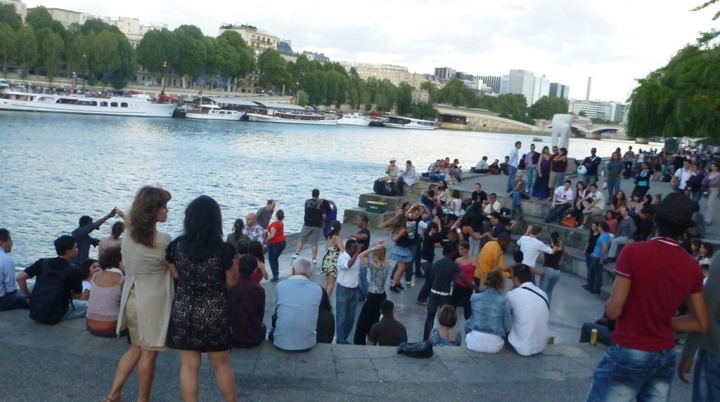 From here I just kept cruising along the river.  I had a few different things to test and take photos of for upcoming product reviews – like the Polar RC3 GPS.  My date for this one is September 4th (next Tuesday) – which should match the date for general availability of the unit.  Beyond that, trainers and power meters (and related power meter bike computers) are really the big item for September, ahead of the indoor season for northern hemispheres. 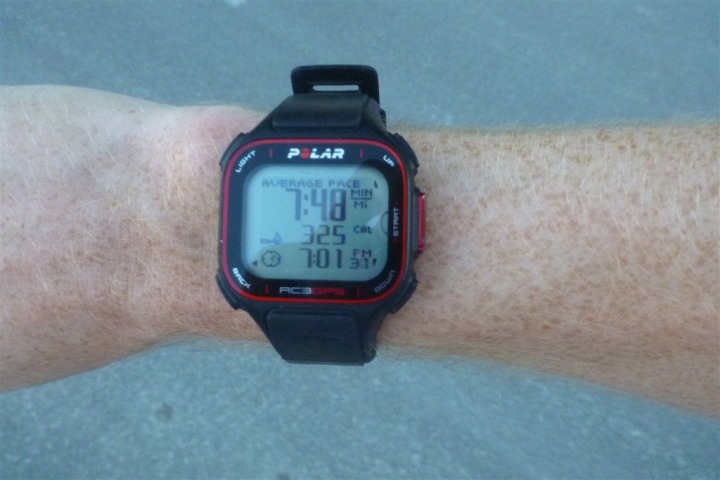 I didn’t have any particular route in mind, other than to go further than I’d gone before.  Eventually though, the area along the river I was running on tipped the balance to more sketchy than less (at dusk), so I headed across the river on a random bridge.

With no particular plan in mind, I just ran north for a while.  Unexpectedly (remember, I had no map), I ran smack into a small sliver of a massive park.  I know this park existed – but I didn’t realize just how close it was to our place (only about 3 miles).  From my understanding, folks bike around this too.  This would seemingly be way faster to get to than the other one (Longchamp) on the other side of town.

I ran for a bit around the western edge of this park – which was basically deserted at this time of night.  I’ll have to investigate further on a bike, or other long runs.  It was nice and flat (at least in the areas I was in).  And seemingly free of cars. 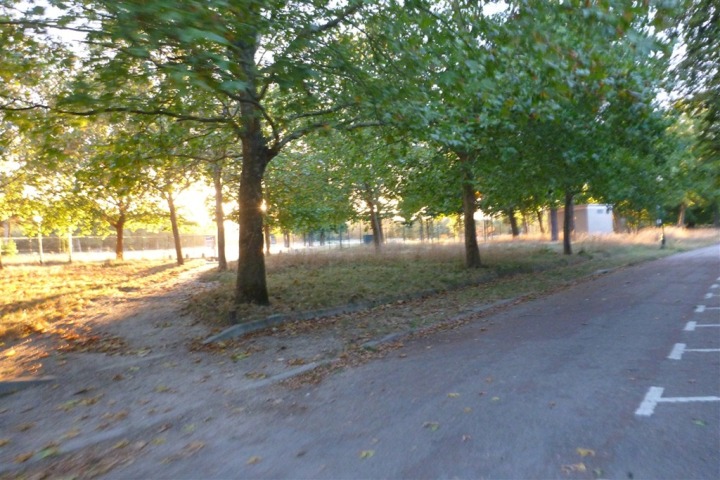 From there I started running towards what I figured would be a diagonal back home.  In reality, as you can see above on the map, I actually made a circle.  Don’t ask me how that happened…it just did.

On the bright side, I did get to see one of only a handful of dedicated La Poste (French Postal Service) high speed mail trains.  Apparently they have a small sub-fleet of the super high speed trains that just deliver mail within France. 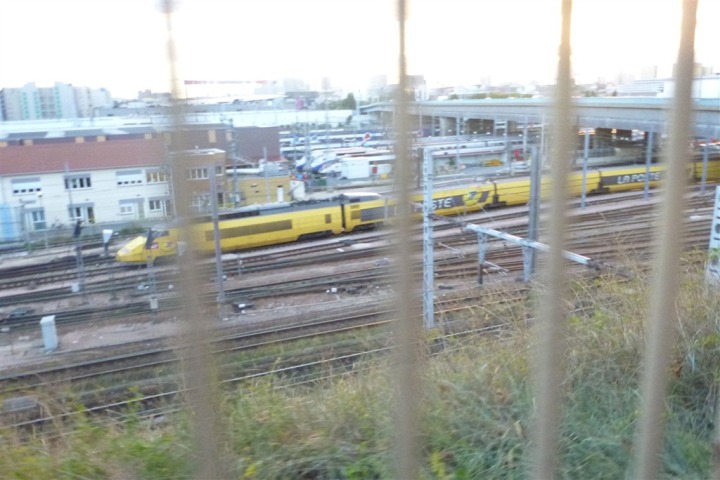 See, you have to find excitement or something interesting – even if the place your running in isn’t all that interesting.  Much of this portion of the run ended up being in non-pretty areas – just like there are in every city.  But, it worked out as a great way to kinda get the lay of the land.

From there I just continued my way on home, almost along some of the same routing that I started out with (completely unintentional).

Upon grabbing dinner later on about half a block from our apartment, they were shooting a movie at night.  We have no idea who it was staring, but it involved a bunch of girls on rollerblades on a wet street.  Oh, and they still say ‘ACTION!’ here in France too! 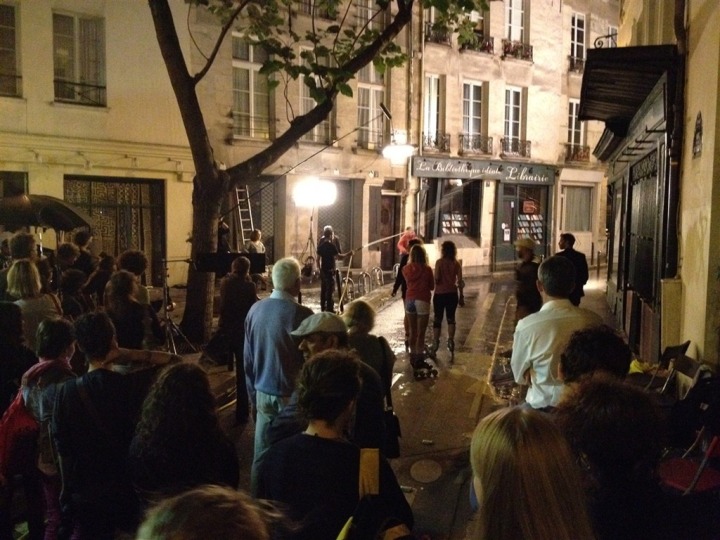 Rewinding to earlier in the day, we went up top a nice department store to a small cafe in Paris to check out the view.  One of the locals (Hi Caspar!) taught us about this place. 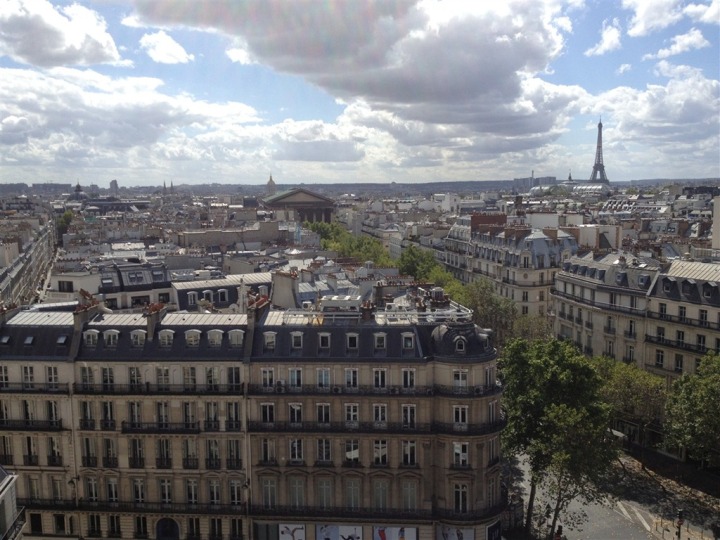 Got a picture of my parents and all – who’ve been in town visiting.  Though, now they’re back home in Seattle.  But – they’ve got their anniversary coming up on Wednesday, woohoo! 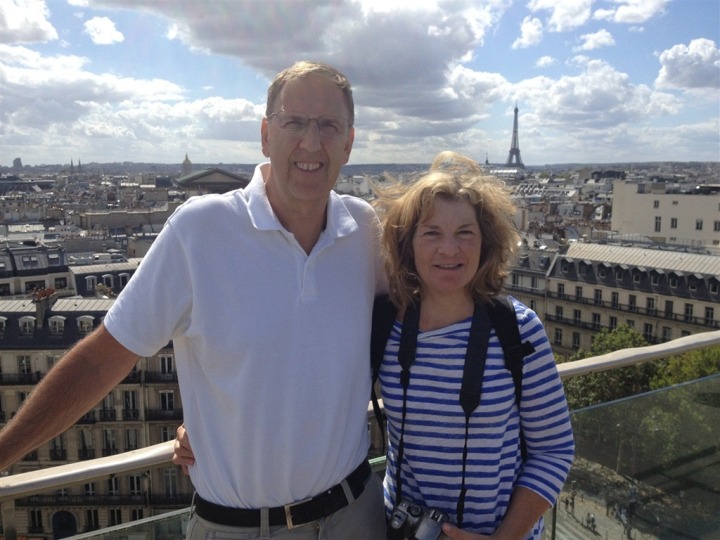 Speaking of ‘Woohoo’ things, I found a book in the department store completely dedicated to Nutella.  Seriously.  Ignore the fact that it was next to a book dedicated to ice creams. 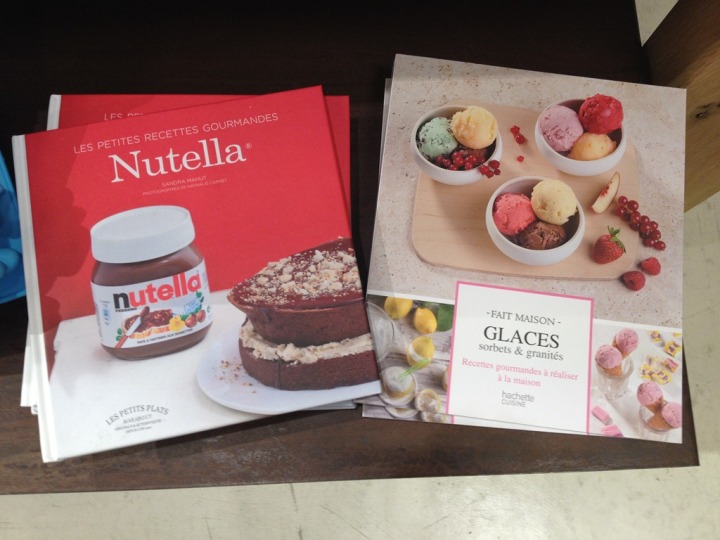 Yes, it’s in French – but in my mind that will only enhance my learning of the language.  When folks ask how I learned, I can say “Rosetta Stone and Nutella”.  Brilliant.

Look at that awesomeness below! 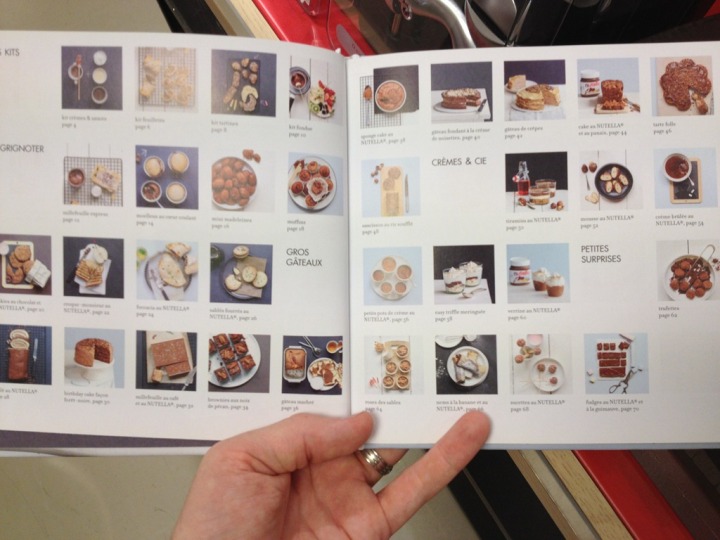 Regrettably, The Girl would not let me purchase it.

(Side note #1: I went looking for the above book on Amazon, but found there’s actually a massive number of dedicated Nutella books. Including a free Kindle Nutella Recipe book that I can borrow (Prime only though).  Good, I can’t get in trouble for that.

Side note #2: While looking at other Nutella things, I found that they make individual packets – like for a picnic or lunchbox.  96 count no less!  I just showed this to The Girl – she rolled her eyes at me.  I need clarification – is that a yes or no?)

On the other hand, The Girl had no problem with me taking photos of a bunch of topless demonstrators – so I can’t really complain.

Sunday afternoon as we were running back from doing errands, we ran smack into a demonstration of sorts going on about a block from our place.  Given our location next to Notre Dame, we’re pretty used to all sorts of parades and the like.  But this particular cause would be a first. 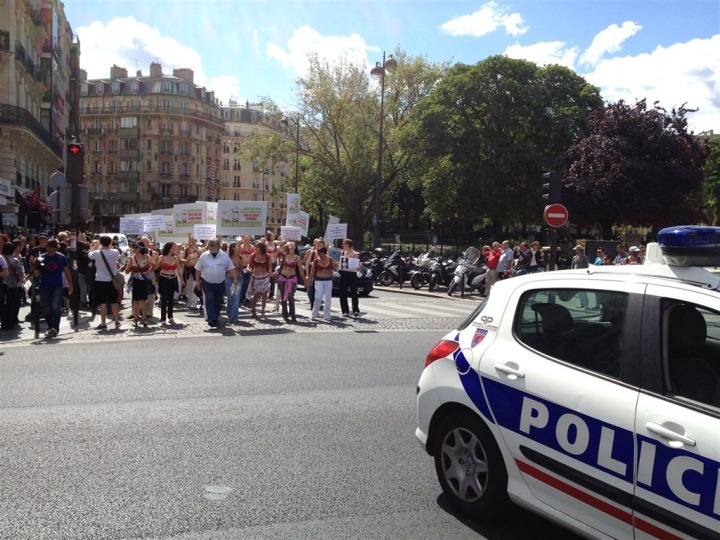 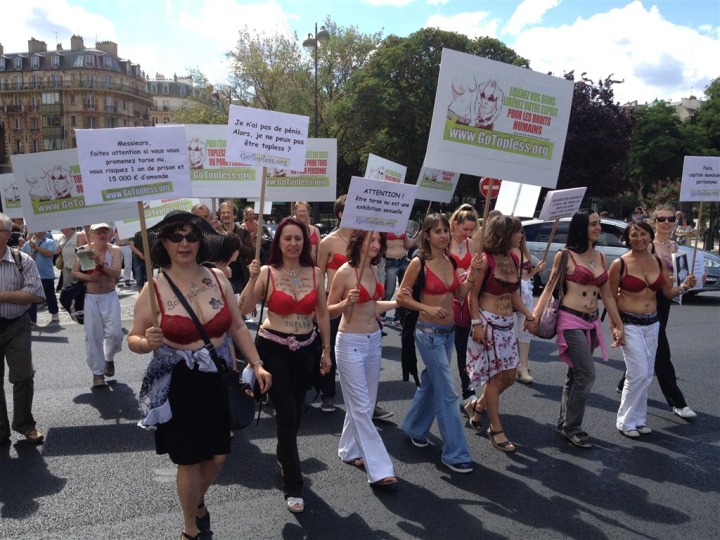 Strangely, none of them were actually topless.  From what I gather, in other cities they actually demonstrate topless as well, but not here.  You can type in the address seen in the photos above to learn more – but beware, it is NOT safe for work (photos there are not, text is fine).

Note the guys – there were a few of them mixed in. 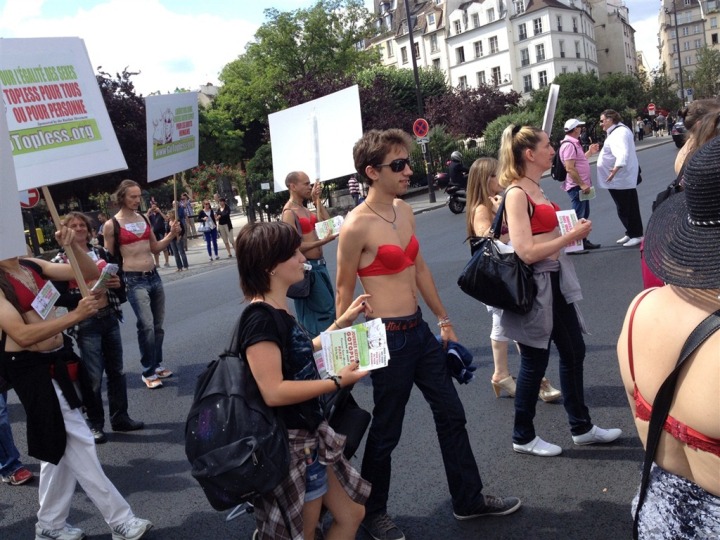 With that, it’s back to writing product reviews and other goodness for the week ahead.  Eurobike starts on Wednesday and I’ll be there that evening for the rest of the week.  Woohoo!

But tomorrow (Tuesday) morning we’ll start with a post about our first adventure swimming in the lap pools of Paris…good times ahead!