(I wrote this up last month during our trip to the South Pacific, but the posting got busy with CES immediately following – so it never quite made it to the light of day.  I figured it’d be a fun Friday post.)

Sometimes when you travel you just have to find a way to make it all fit – especially when your flight plans would otherwise cancel out the option of a workout.

Take for example, last month transiting through Auckland.  We had left Queenstown at 9AM in the morning, and after a short two hour flight found ourselves at the Auckland International Airport for about 4 hours.  At the end of which, we’d re-check in ourselves, bags and everything else onto a different airline in a different terminal, headed for a different country. 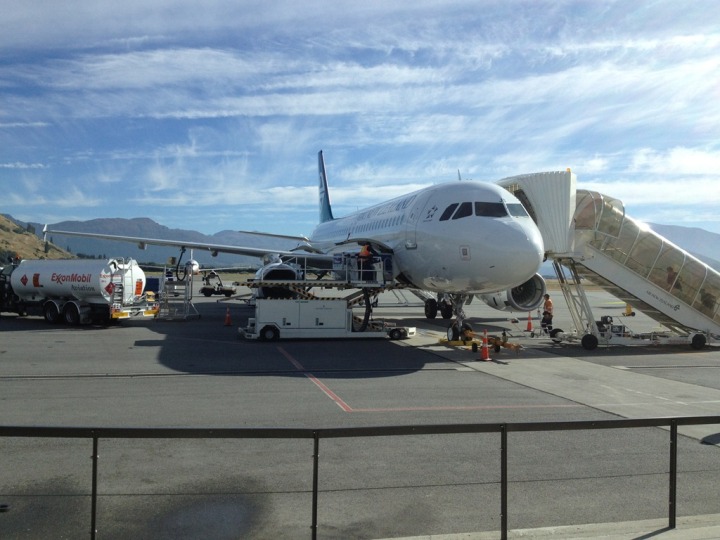 Instead of burning away the time sitting in a hard plastic chair at the airport, we took advantage of Auckland’s super running friendly airport, and headed out for a run.  After we had finished getting our bags, changing terminals and grabbing a quick bite to eat – we had about 90 minutes of usable time slotted for a run and shower.

Like virtually every international airport, AKL has baggage storage near the baggage claim – enabling us to stash our bags easily for a bit of time.  After which, we simply changed into our running clothes in a nearby bathroom and got outside to start running.

Unlike virtually every other international airport however, Auckland airport doesn’t have massive highways leading into it which aren’t pedestrian friendly.  Instead, there are some bigger roads, but those have either sidewalks or bike lanes, and the duration on them is fairly short. 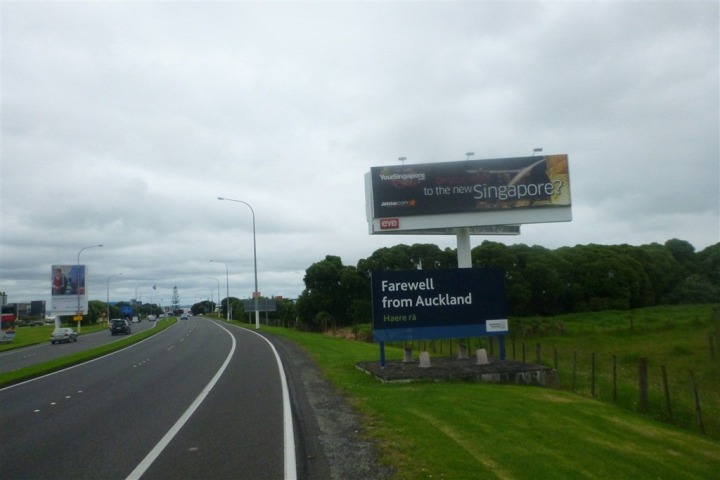 Less than a mile from the International Arrivals baggage claim we’re out on a quiet country road – the only sound the occasional mooing of a cow, and the odd goat that someone had tied up in their front yard in lieu of a dog.  Otherwise…just the sound of the wind (which, by the way, never ends). 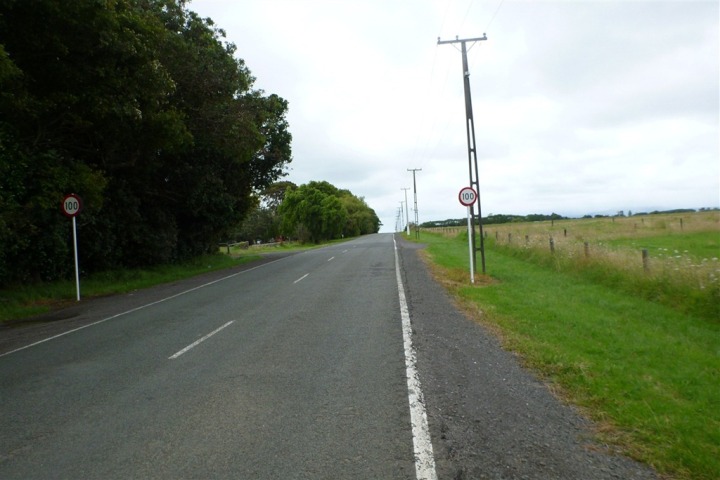 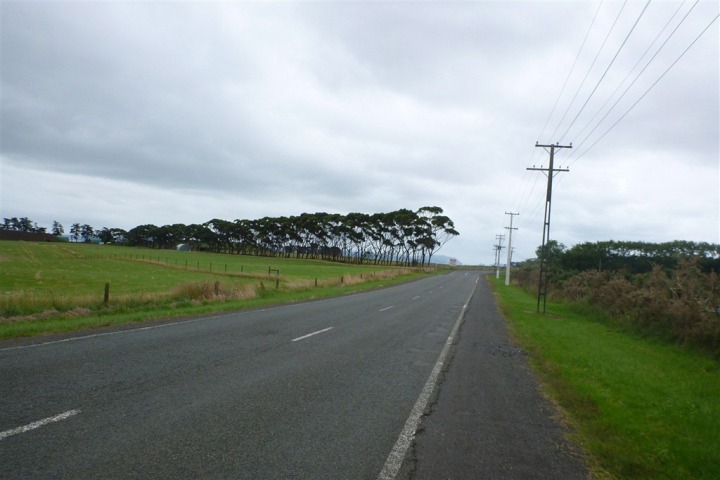 I decided that with my hour of running time I’d do some building in HR zones, about 15 minutes starting at Z2, and then increasing intensity every 15 minutes, for about 8 miles overall, excluding a walking cool-down.

The rolling hills kept things ‘interesting’ (which I’ve decided is runners speak for ‘painful’).  And the never ending New Zealand winds never seemed to be going my way.  But, it was definitely better than sitting in a terminal. 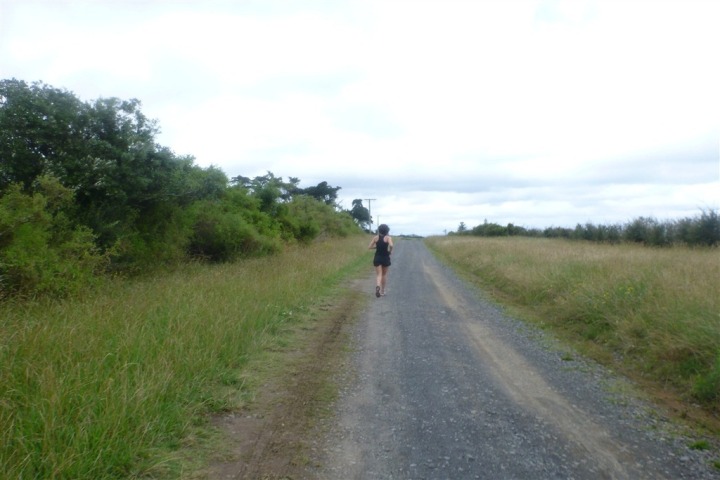 Eventually I made it to a beach, where I went for a bit of a run out on the hardpack sand, which was easily exposed at low-tide.  By time our plane would take off, the tide had come back in and covered it all up. 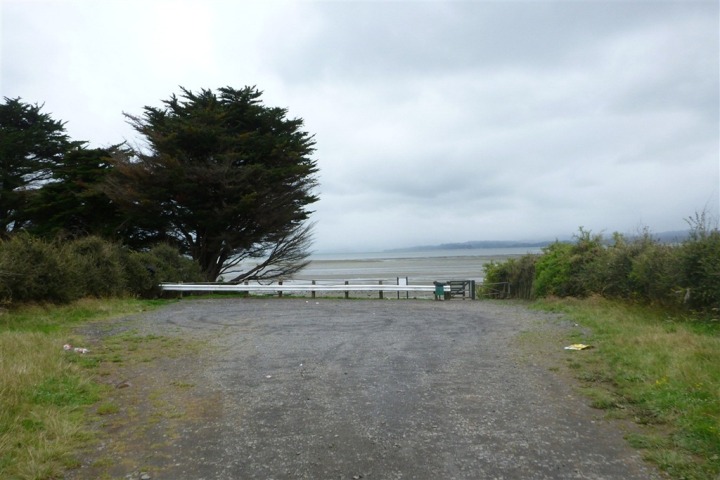 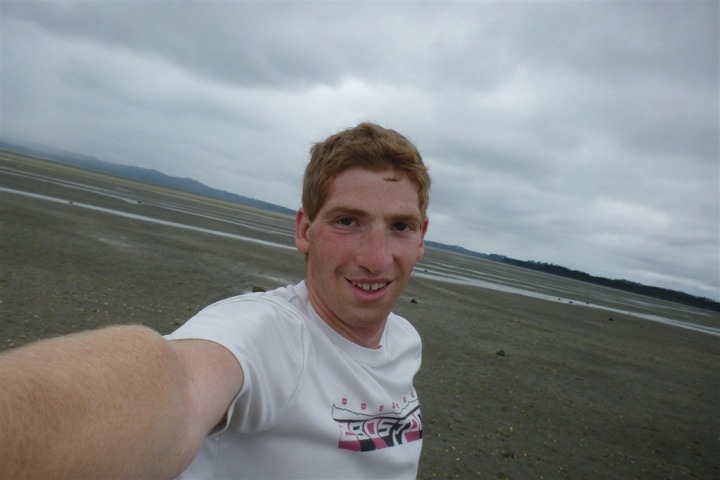 The way back was just as quick, and soon I found myself back at the airport. 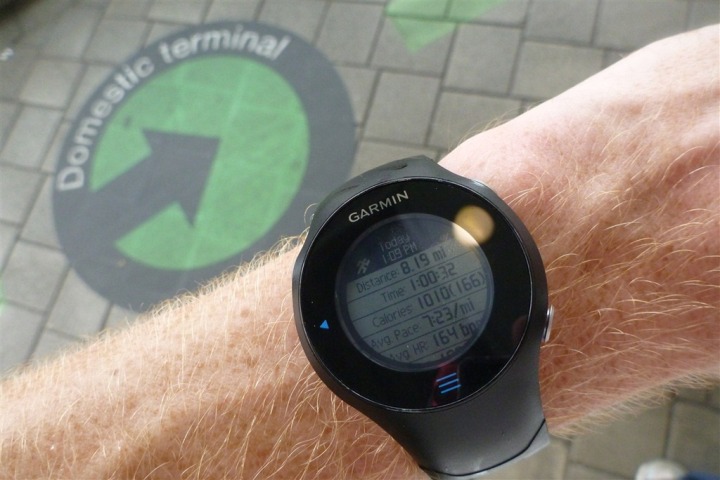 From there we hit-up the gatekeeper of the shower stand, to get towels, soap, shampoo and our bags back.  It costs about $5 including all the towel/soap stuff.  There are two shower stalls, but over the course of our many forays into AKL’s terminal during our trip – they were rarely full. 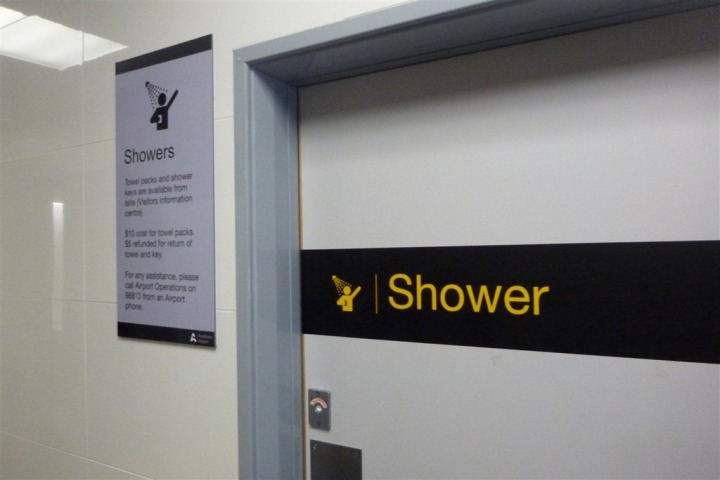 This time however, only one stall was available.  So while The Girl got ready, I was relegated to recovery food gathering and hunting.  The surprising humidity that day combined with lack of hydration meant we were a bit thirsty.  But the selection was slim as far as easily portable foot that could bypass security if we didn’t finish it in time.  So, an interim banana and water combo would have to work until we got all checked in for our flight. 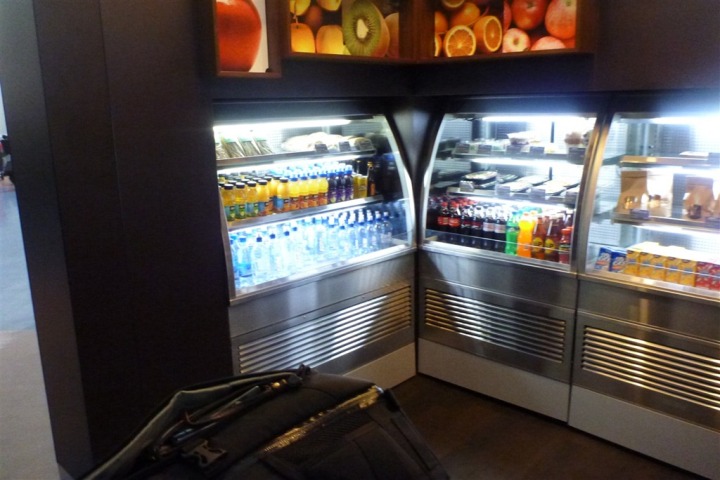 Soon I kicked out The Girl from the shower palace. And approximately 7 minutes later I was all set and ready with our baggage cart to head off and board our plane.  The following self-portrait represents the peak of my photographic skills. 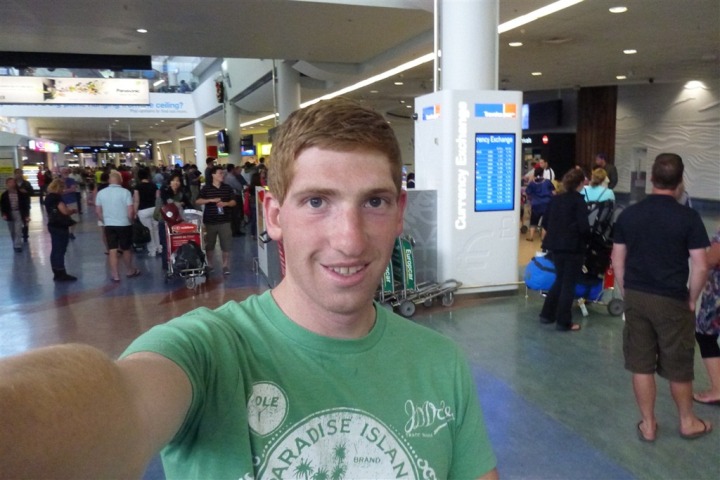 And you know what’s the best part?  We somehow managed to miss all the check-in lines.  Sweet!  Though, I think we were the last people to check-in. 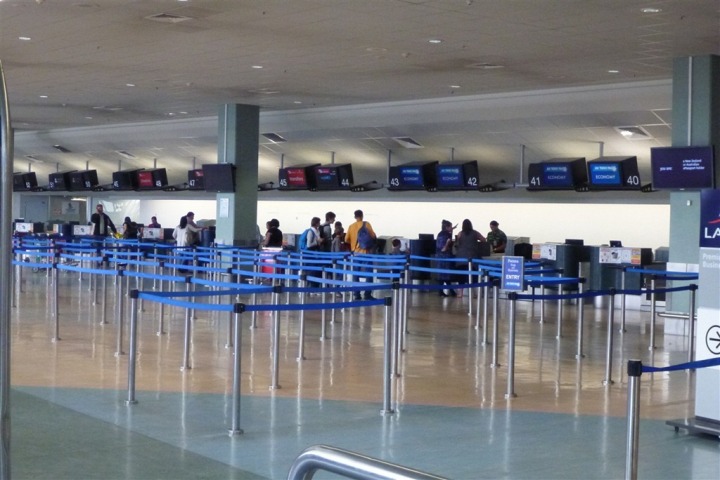 And about 30 minutes later, we found ourselves aboard our steed, in seat 42K & 42L, headed for warmer waters…

Thanks for reading, and have a great weekend!