Loops around the track and airport in Seattle

This week my workouts have largely been centered around my hometown in Mukilteo, WA.  I’ve been out here for work all week, but I stay with my parents and do all my workouts in the area near my house.

For my runs they’ve been largely track workouts and in the case of this week, 400’s were the main course.  I had planned on using my high school track as it’s a bit nicer, but it was pretty crowded both times in the evening with non-running events that had spilled over onto the track surface (football parents).  So instead I went next door to my middle school and used the compact dirt track there.

I actually ran track during middle school, and if I remember correctly I did the 800m event, as well as a bit of hurdles.  I have no idea why I did the hurdles, as nothing about that appeals to me now. Neither the whole flexibility part, or the falling flat on my face after missing a step, nor the sprint piece either. 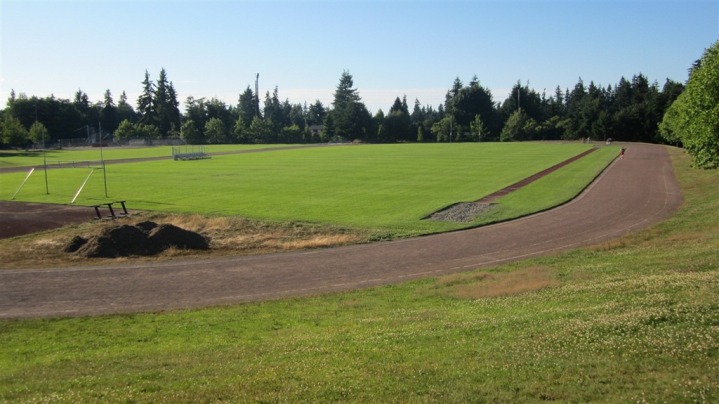 My workouts had about 15 minutes of building activity before I hit up the main set.  I should point out now that my training has fully shifted focus from triathlons to running for the fall marathon season (Philly Marathon).  That doesn’t mean I’m not still swimming and biking, but those sports are just being used for a different purpose now.  Now instead of trying to build strength in cycling and swimming I’m using those activities (primarily cycling) to work on the aerobic side and for recovery days, in short, to minimize pounding on ones legs. 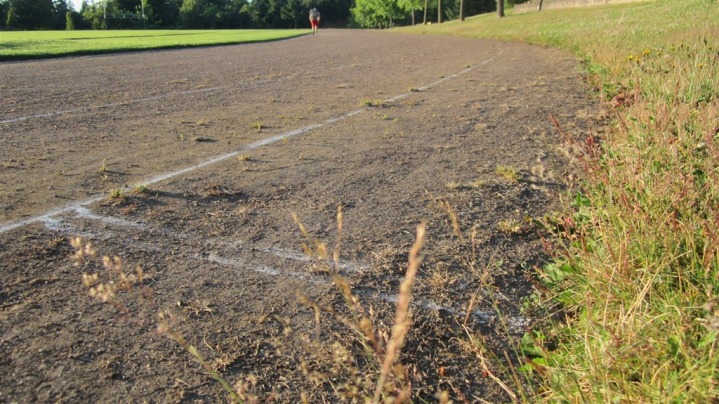 My main set for both track workouts this week was 8×400’s, a bit of an introductory number – also to jive with a bit of an easier week given the heavy travel as of late and upcoming.  Over time this would build to more than 2.5 times this number.  My paces were specified at about 1:20’s per 400 – or roughly a 5:20/mile pace.  Not at all going all out, just moderately pushed.

You can get a rough idea of paces using the McMillian calculator, based on inputting your goal times it’ll spit out different workout times, in my case mine would more correlate with the long distance runner category:

Both my track workouts lasted about an hour.  And since a lot of folks often ask what watch I use day to day, for my running workouts now I’m pretty much exclusively using the Garmin FR610 – simply because I like a fully integrated GPS unit and because it also works as a great day to day watch. 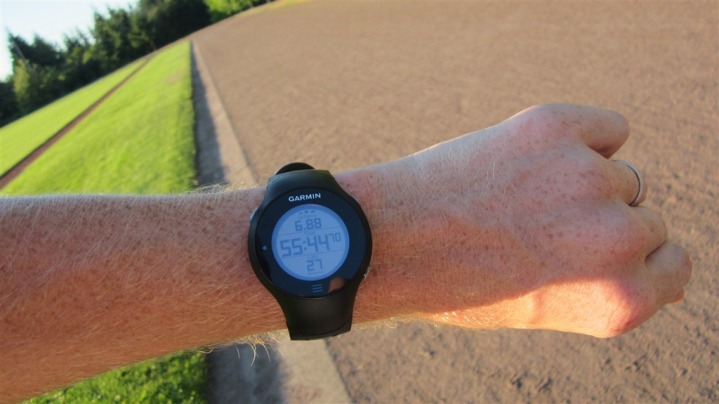 With the rest interval the same as the work interval it meant that I could just barely walk/jog 200m in between each one.  That in turn meant that I was able to pickup a quick sip roughly every other interval. 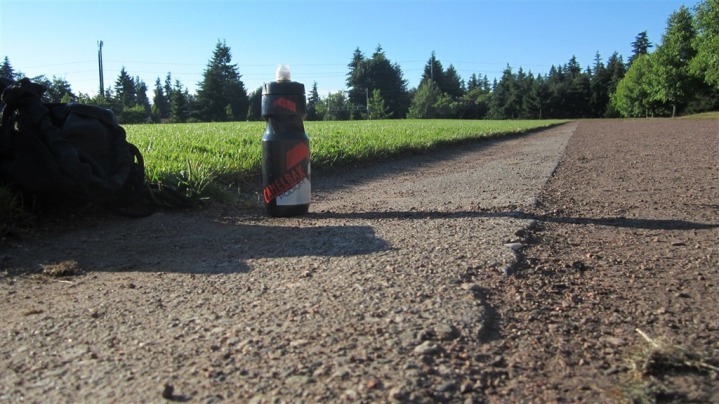 And, just because I always enjoy track workout satellite views – I offer the following without charge: 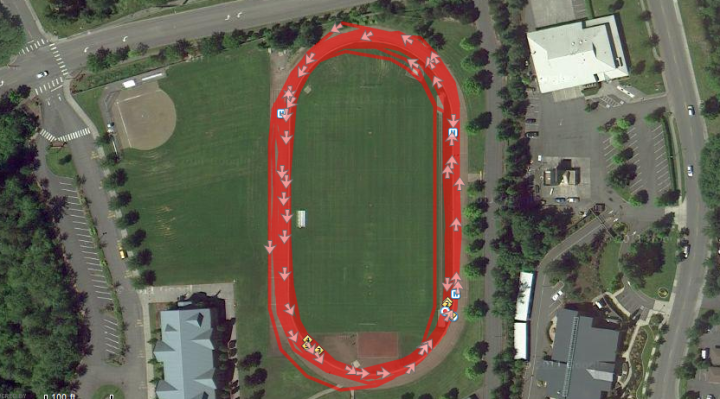 Onto the bike we go!

My bike workouts were a bit more free form.  Simply put, on the days I wasn’t running, I was riding an hour easy Z1-Z2.  With the century ride this weekend the goal was primarily to get some some easy saddle time, since I haven’t biked much at all since before the wedding nearly a month ago.  From a ‘readiness’ standpoint, this event will clearly fall in the category of ‘it is what it is’. It’s more about enjoying the day and ride with my dad than any performance goal.

On the training front I always enjoy riding the big loop around Paine Field, home to Boeing’s large wide body aircraft assembly lines, as well as countless other aviation museums that make their homes here.

Here’s a quick snippet of a few of them: 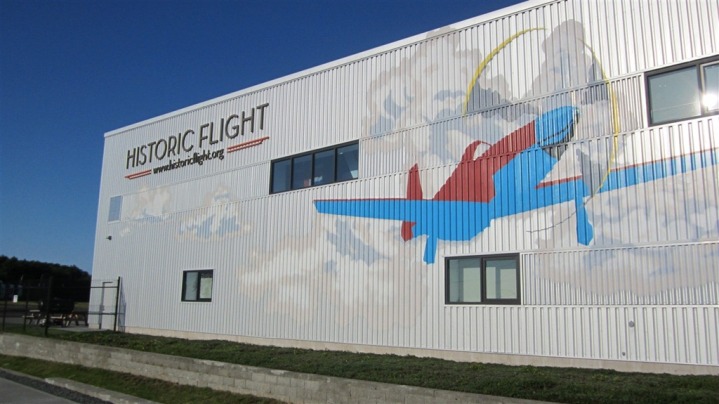 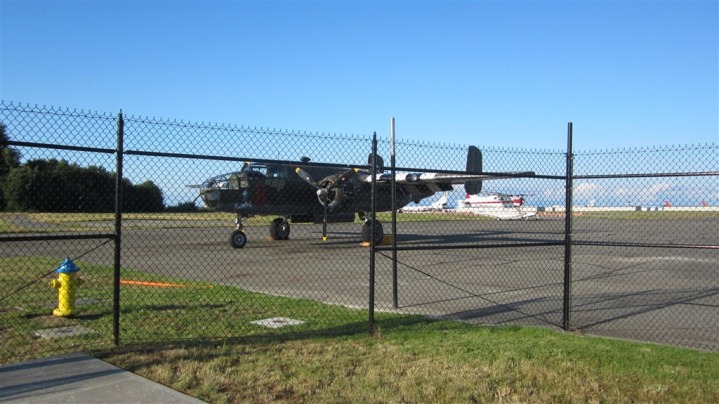 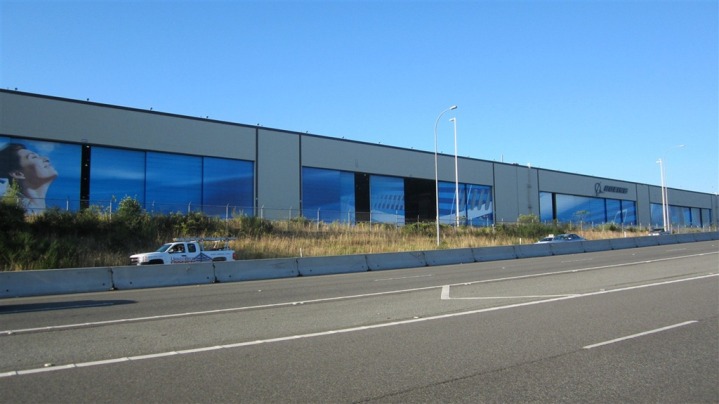 You can see it behind in the picture below, which is taken near ‘The Grassy Knoll’, which is located in front of the Future of Flight Museum (the next picture) that allows one to look over the main Boeing ramp as well as watch the nonstop flow of arriving and departing test aircraft, as well as general aviation aircraft.  It’s a popular hangout for families and aviation geeks alike: 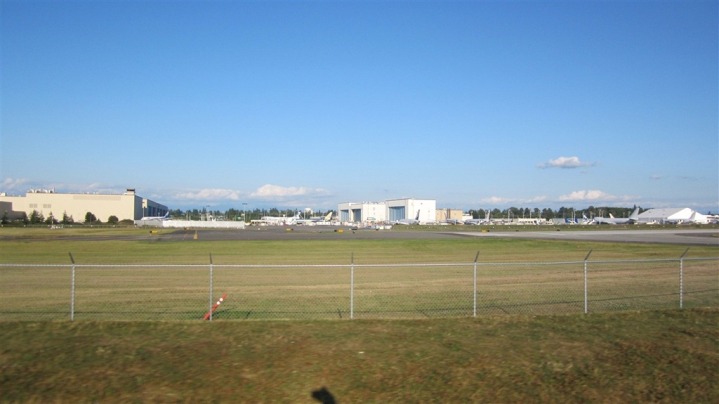 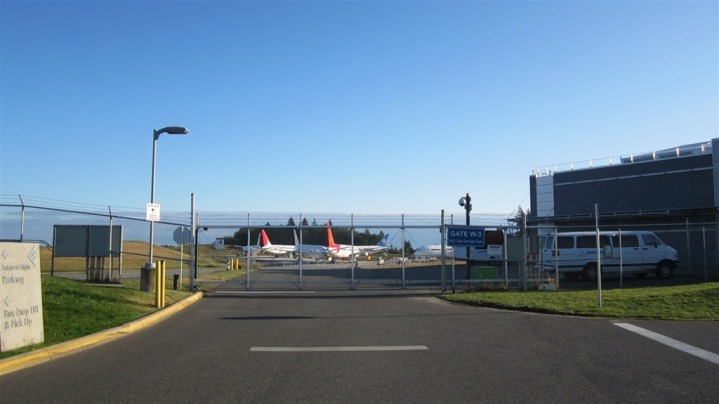 The real kicker here is just how many 787’s are packed away awaiting work to be completed on them prior to going to the airlines later this year and next.  Above in the parking lot for the Future of Flight museum is about half a dozen of them.  And below, scattered just about anywhere on the airport grounds they can find tarmac is more.  Here’s four 787’s sitting behind a lot of general aviation aircraft, most ultimately destined for Air India. 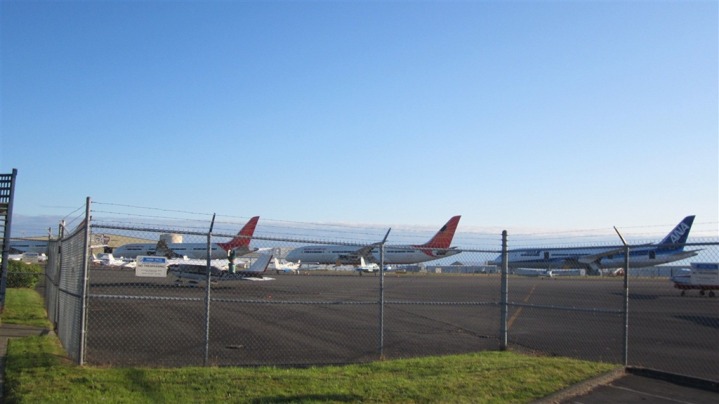 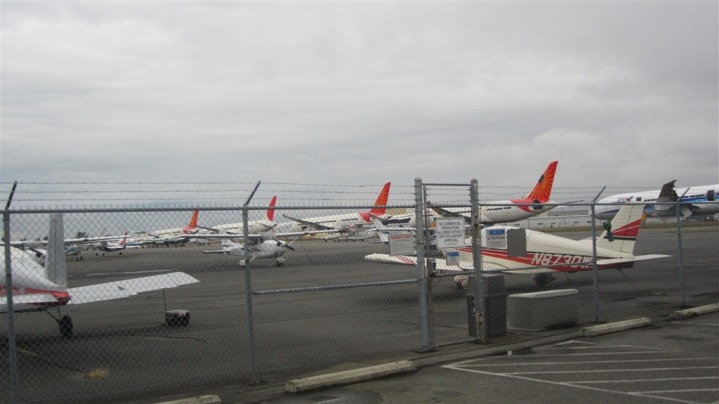 As I rounded the corner on the other side of the airport I managed to find another stash much more visible, and since it was an easy Z1/Z2 ride I got off for a quick second and had a bit of fun with some pictures: 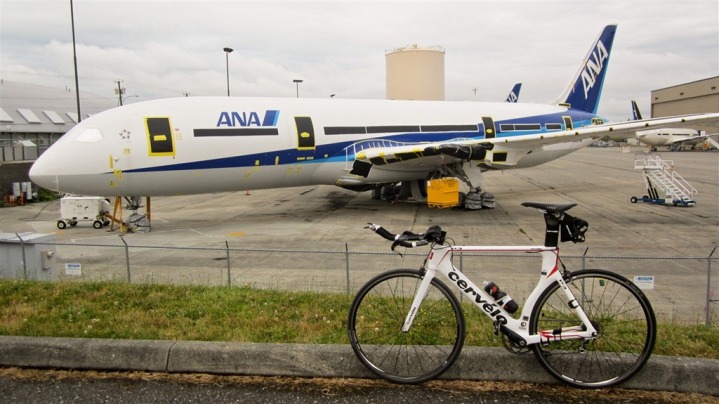 You may actually note that there are no engines installed on any of these aircraft.  Being the most expensive component, these are installed at the very last minute.  But in order to keep tension on the wings, gigantic 17,000 pound blocks are hung on them: 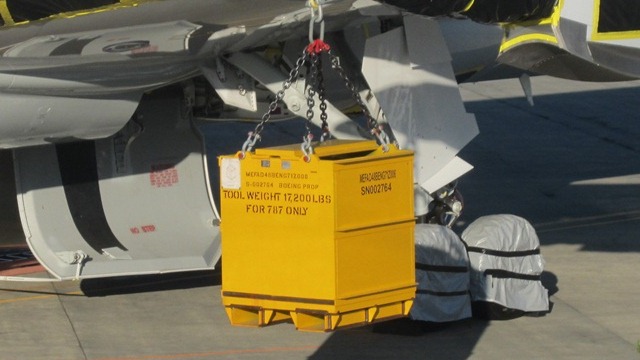 So with that, that’s all I’ve got for the week.  Tomorrow (Saturday), I’ll be doing the Seattle Century with my Dad, which should be lots of fun!  And then I head back to DC on Sunday for a few hours before zipping onto Chicago for more work stuffs.

Thanks for reading all, and enjoy your weekend!

(P.S. – Sorry to all you folks on the other side of the world (Europe/Middle East primarily) who look forward reading this first this in the morning, with being in Seattle this week it meant that I was running about 3 hours behind schedule – putting it closer to midmorning or so your time…fear not, I’ll get closer next week).