(Note: The results of the giveaway will be posted this weekend…after I sit down and sift through the 1,500 entries…that.might.take.a.while.  A long while.)

For those who follow along on The Twitter, you know that I’ve been bouncing around Europe the past few days in a bit of a whirlwind work trip.  While I could have spent the long weekend in Greece, I choose Jordan instead.  This of course allowed me to have an amazing time in Jordan – a place I’m eager to go back to at some point.  Also, thanks for all the comments and e-mail’s regarding that ‘Cycling in Jordan’ post – many folks saying it was their favorite post ever here.  Thanks again!

I arrived in late Monday. Well, I think it was Monday anyway – the days have started to blur.  Like the countries.  In fact, I’m relatively certain that most border officers folks think I’m running drugs, as when they ask where I’ve been it takes me quite a few moments to separate which trip is which, and which countries I was just in.  They look at me like ‘You don’t know where your plane just came from?’ – to which I open my passport…and then I think they understand.

I only had about 48 hours in Athens, of which, some 2/3rds of it was taken up by work related activities, leaving me a few hours to sleep, and approximately an hour to actually do something resembling tourism.  So, I went for a run.

I started off from the square in front of the hotel, which happened to be home of their congressional system (note, all the photos taken in this post were just using my little hand-held camera while running): 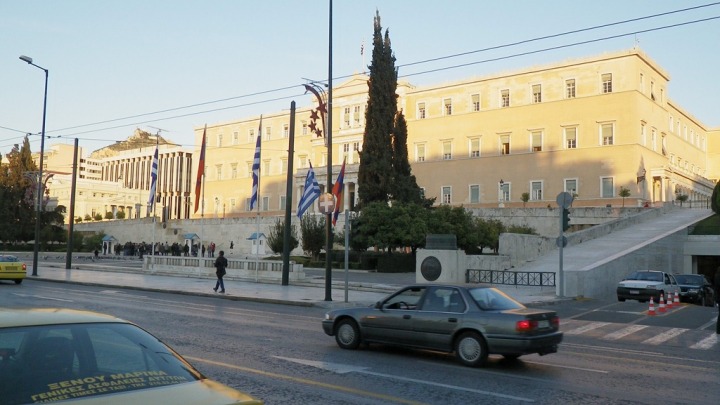 From there I wandered through a larger park nearby – took a few minutes to run across.  After exiting I ran down a long street lined with orange trees…complete with plenty of oranges.  I’d like to think of this as the perfect route for a marathon – complete with natural orange slices along the way (actually, if my understanding is correct, the Athens Marathon and 10K use this street): 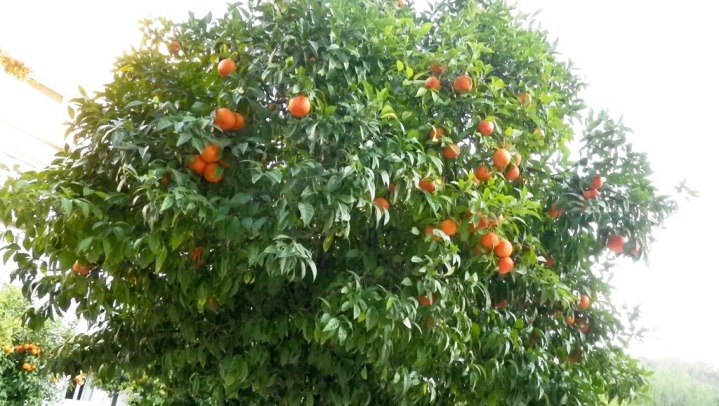 After which, I crossed over to check out the Olympic Track Stadium – you can see the Olympic rings hovering over the stadium: 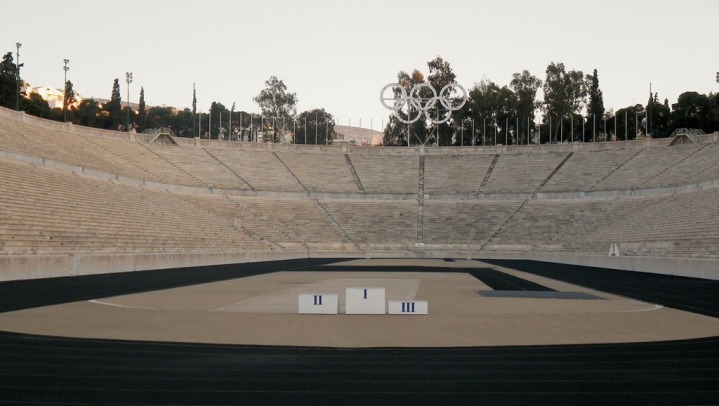 Though modeled after old school times, this stadium was actually built in the late 1800’s – so not quite as old as it looks. 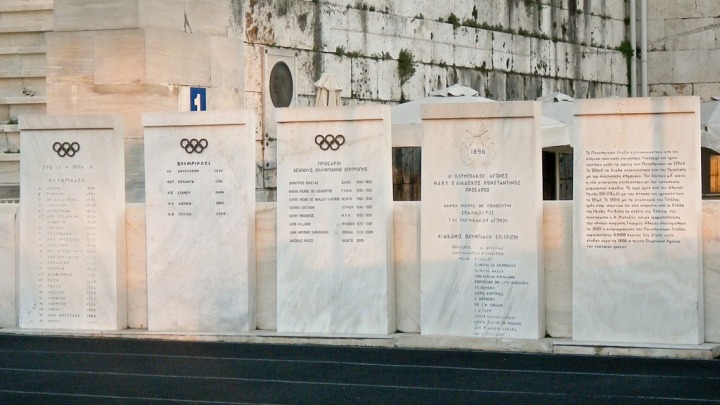 But, it was still so cool to be standing at the end of a track where Olympians have run.

It was closed at the early evening hour I ran by, otherwise you’re apparently able to go for a few laps around the track.

From there I ran somewhere.  To be fair – I really don’t know where, I just kept on running down a main avenue until I saw the Acropolis off in the distance.  Using the aviation concept of ‘Visual Flight Rules’, I just went VFR and aimed towards it up on the hillside.

A dozen minutes later I was nearing the top and soon standing next to it: 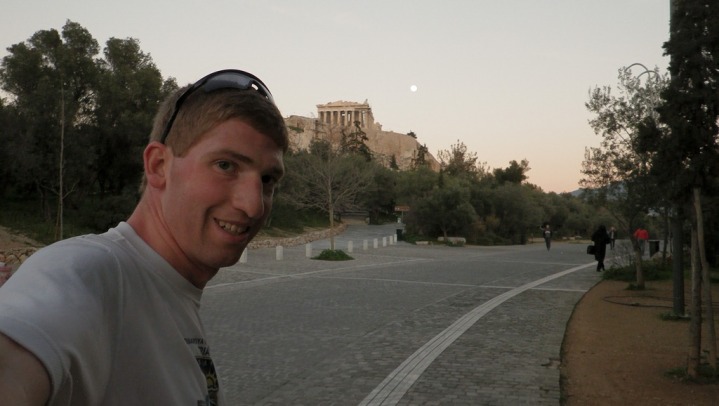 Pretty awesome!  And it’s much bigger than it looks, I was still a few hundred yards away in this photo, but my close up photos came out all Paris Hilton NSFW video blurry.

Like everything else though, it was closed for the day – so I’ll have to save all that stuff for a future trip.

Finally, from there I made my way back down the hill towards the square and eventually my hotel – just as nightfall fully set in: 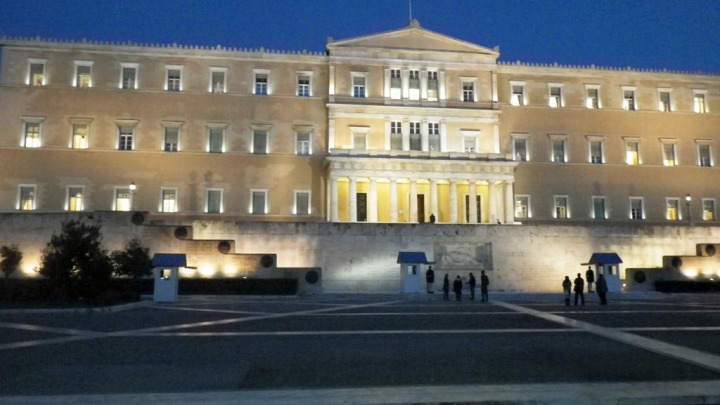 Well, I did one more thing aside from running on my trip – I ate lots of Gyro’s.  It’s interesting to see the differentiation between different places.  Some are awesome…and some are…not.  But those that were awesome – rocked! 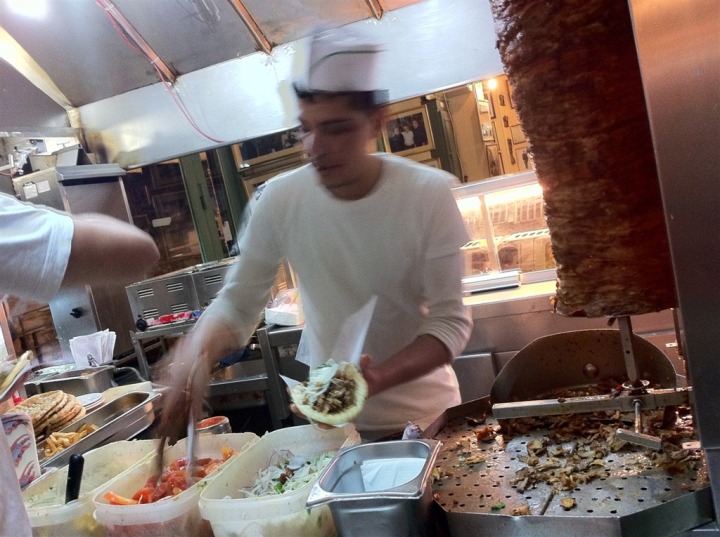 With Gyro’s consumed…my trip to Greece was complete!  Onwards I went…

On Wednesday night I caught a flight to Zurich, I arrived late enough that I just hung out in the hotel and finished up the FR410 post.  The only reason I ended up in Zurich this trip was layover. It would allow me to avoid a 4AM wakeup call on Thursday trying to connect back to the states.  Plus, with snow back in the forecast, I wanted to minimize the chance of something going wrong.  But of course, I love Zurich – so was happy to hang out for the night.

Thursday morning I only had three tasks to complete: Run, take final FR410 review photos, and pickup Chocolate for the Girl.  I suppose a fourth task would be to accomplish the previous three without missing my flight.

Just as I walked out of the hotel shortly after sunrise, it started to snow.  I planned my run between 45 minutes and an hour, depending on how things went time-wise. 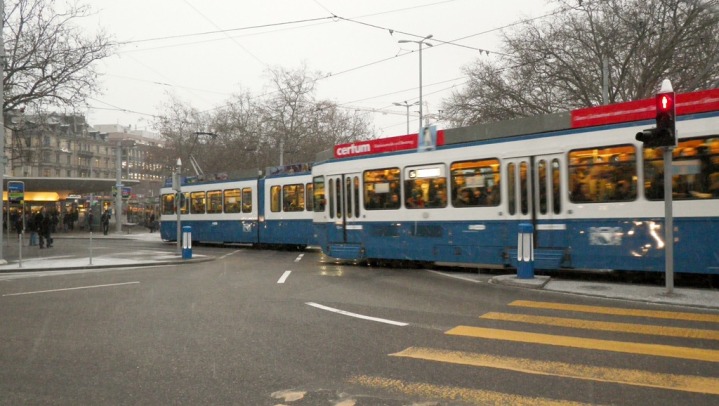 I simply ran down the river, then eventually along the lake. 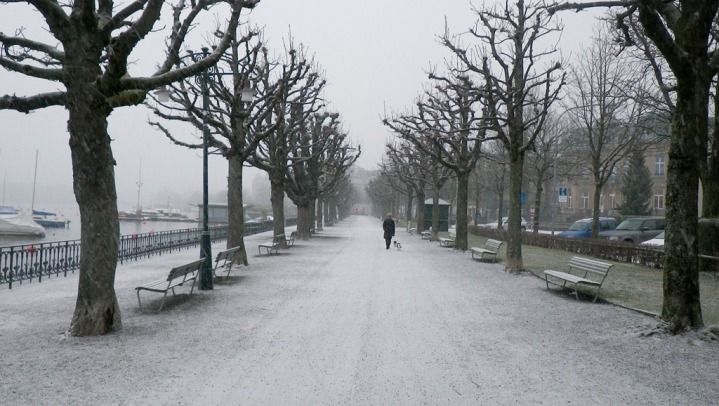 With the fog setting in, it made for some cool scenes: 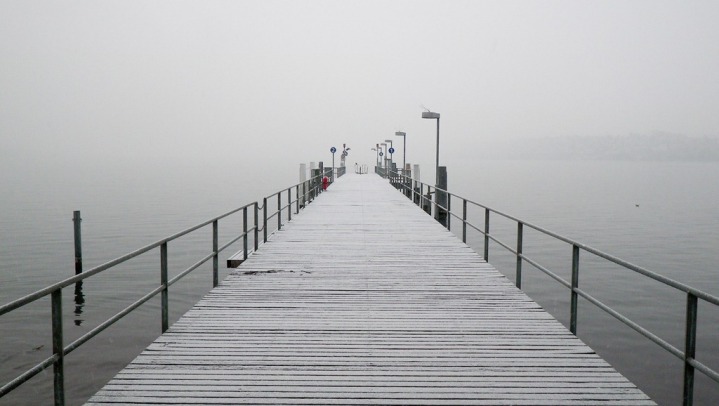 From there I wandered back as the snow slowly covered everything – inducing a bit of slipperiness – it was starting to snow a wee bit harder by now. 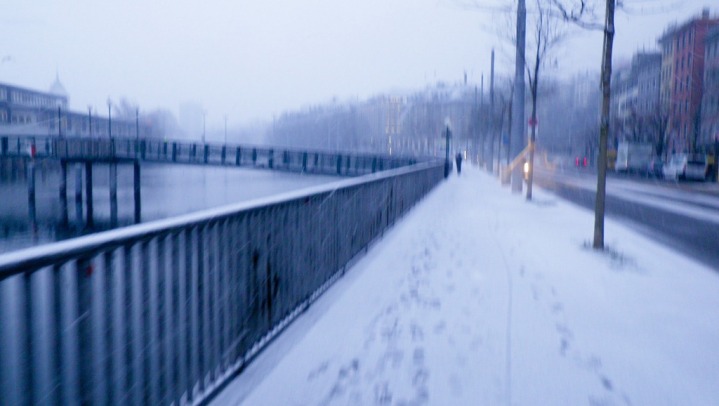 One of the things I love about Zurich is the bikes.  Bikes everywhere. 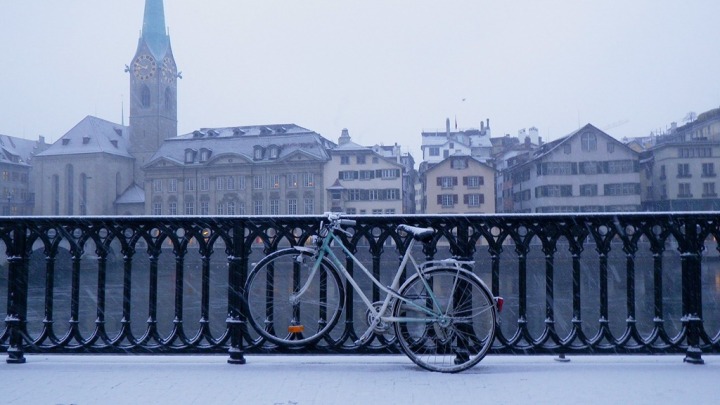 Oh, did I mention I only had shorts with me to run?  Doh.

But, no worries, I made it back in time and without being fully frozen.  Woohoo!

From there, I went outside the hotel to a small park and (in the snow) knocked out the remaining 14 photos I needed for the FR410 review before heading back inside to click publish.

After which, only one critical task was left: The Chocolate. 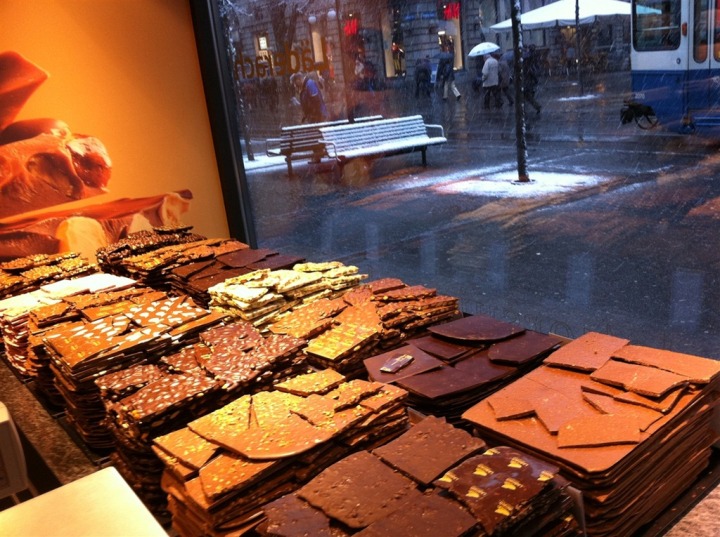 I think I got a bit too much chocolate.

Ok, I got way too much chocolate.

From there, I sprinted to the airport via the train and boarded the last flight of this 14,537 mile circular journey. 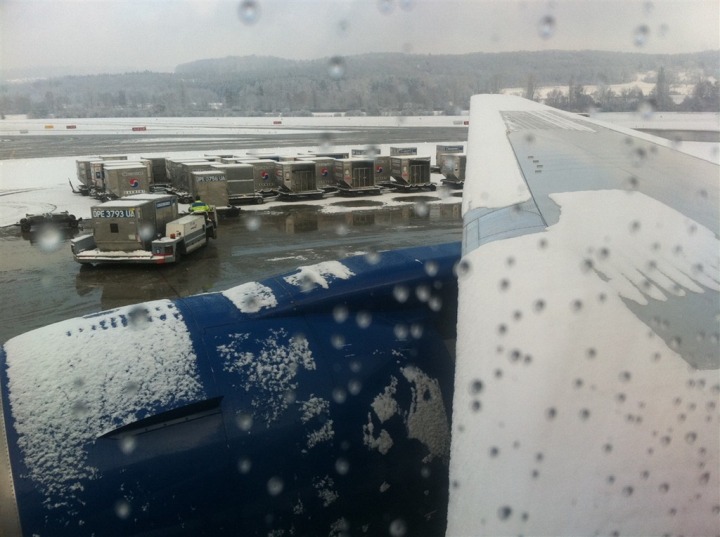