Hanging out in a Greek Olympic Stadium (a really old one) 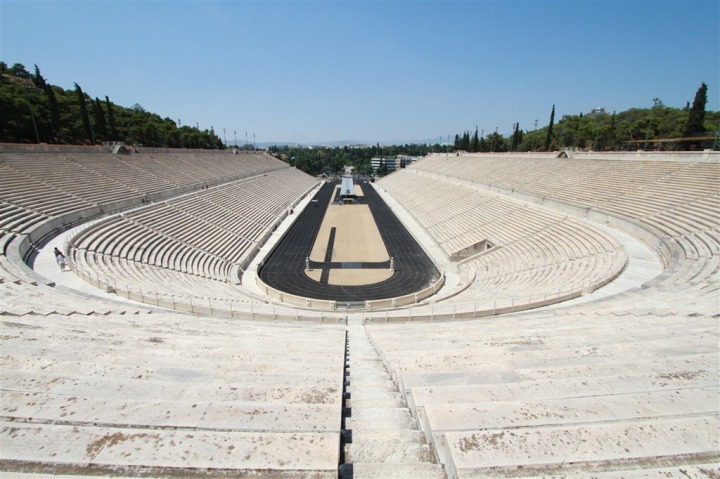 The other night I was moving a bunch of photos from our Honeymoon around to a different computer when I stumbled on some photos from Athens.  Once I got past all of the pictures of Gyros, Ice Cream and Souvlaki, I found a massive pile of pictures taken within the grounds of the ancient Panathenaic Stadium.

At the time, I had taken a ton of photos with the ultimate intention of making a post out of it, but somehow along the way I had completely forgotten they were there (if only you knew how many posts I take photos for and then subsequently do nothing with).  Nonetheless, once I realized they were there – I decided I had to share them. 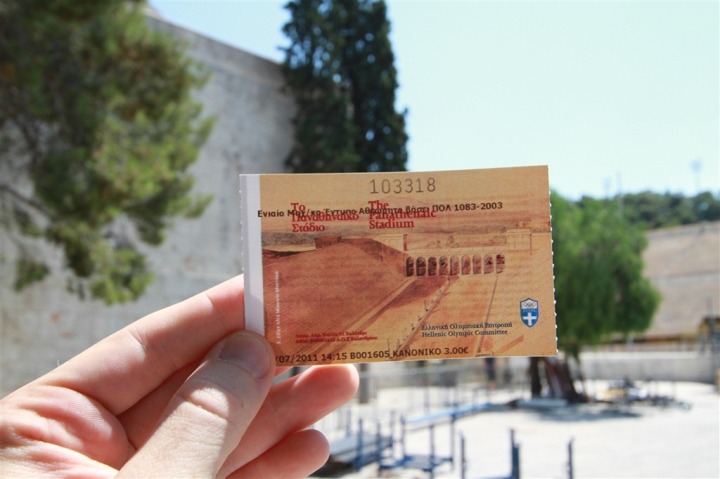 Now interestingly, I had actually stumbled on the Panathenaic Stadium about 6 months prior during a very short work trip to Athens.  I had run past it during a workout, but didn’t have the time to head on in and check it out.  No worries though, the weather was far better in July than January. 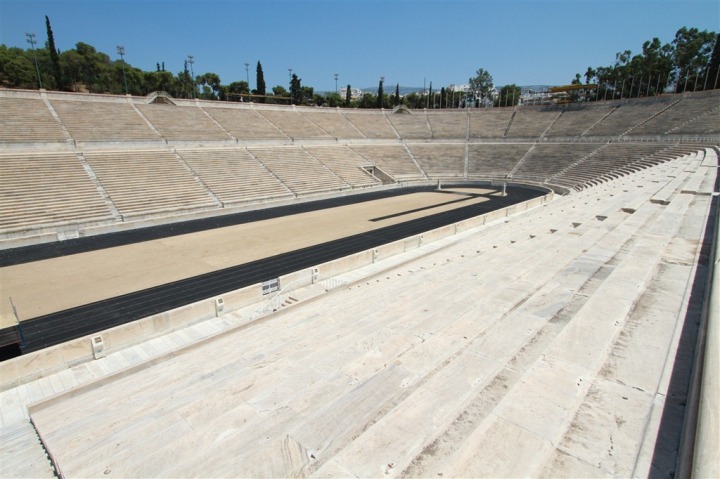 The stadium was originally built on this plot of land in roughly 566 BC, but didn’t really hit its prime until the early 330’s BC.  At which point it received its first major overhaul and was rebuilt with marble (clearly someone had a budget surplus that year!).  It then went on another 400 years until 144 AD – where it received another major update that ultimately gave it the overall shape of today.  It should be noted that in the 330’s BC the athletes at the time competed in the nude.  You know, sorta like a certain triathlete bloggers recent swim (link is safe for work).

Over the long period from 144 AD until the late 1800’s the stadium received a large assortment of minor tweaks.  For example, the ‘head’ box seats moved around a number of places in the stadium – which are still noted today. 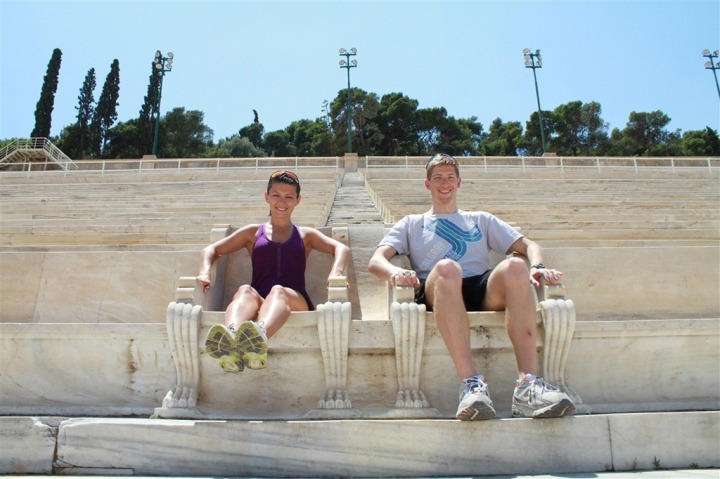 Additionally, various details such as pillars were added to the infield – and even an access tunnel was built.  But largely, the stadium slowly fell into disarray.  In the mid 1800’s excavation of the site began. 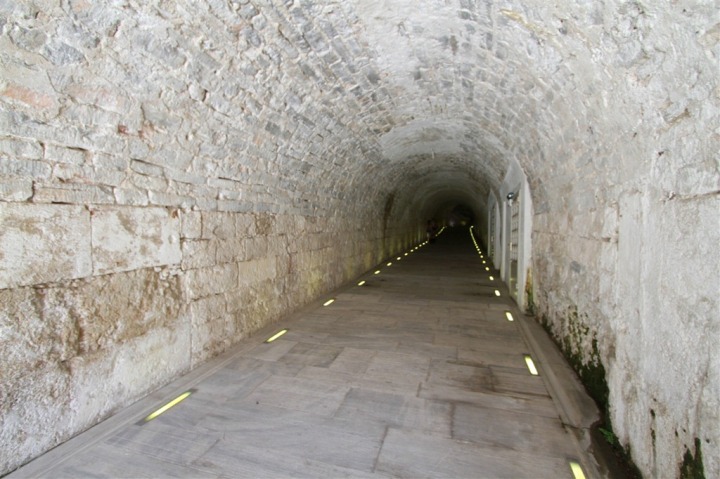 It wasn’t until the preparations for the first modern Olympics in 1870 that the stadium got a brand new allotment of marble (from the same place as 2,000+ years earlier – again, apparently another budget surplus year) – and got the final look that we see today. 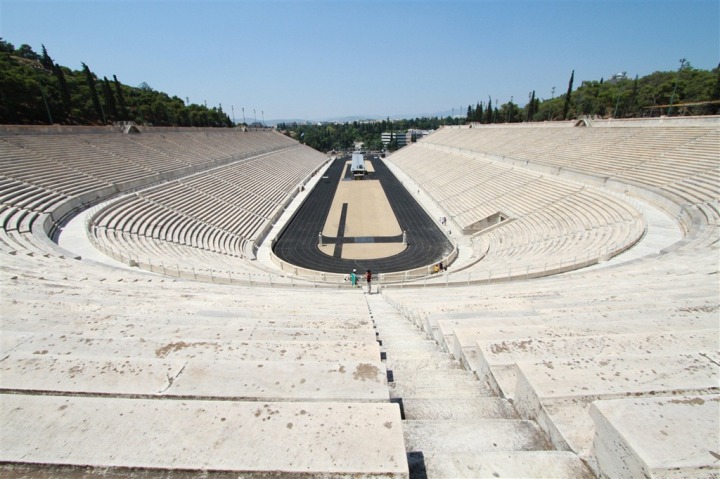 There have been various refurbishments along the way over the past 140 years – but no massive structural or significant design changes. 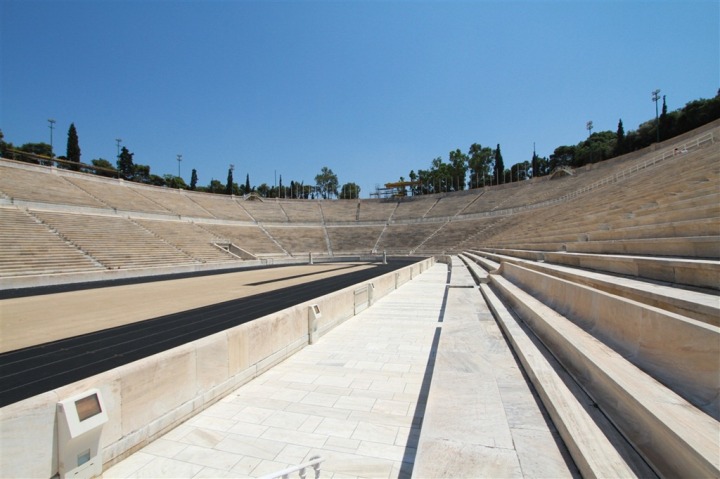 At its peak, the stadium seated about 80,000 folks – though it now seats about half that.  More recently the stadium was used as the finish for the Marathon at the Athens 2004 Olympic Games (video of finish into the stadium, starts at 6:40, increda-cool), as well as a host of other random events since. 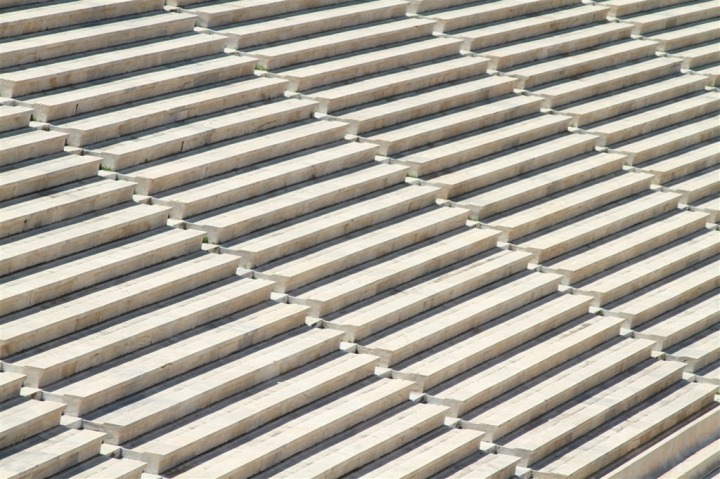 Of particular note to runners is that the track is more similar in length to your typical indoor track, measuring in at 204 meters. 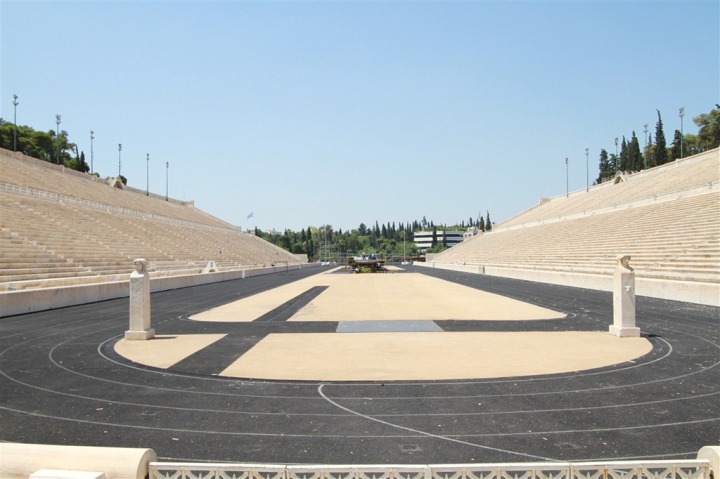 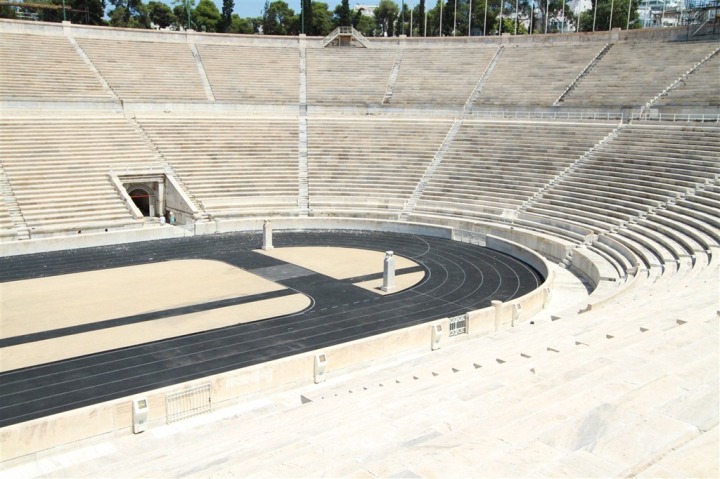 And, as you probably noticed, the corners are pretty darn tight!  Not exactly designed for optimum cornering!  Now, what’s cool is that when it’s open you’re actually permitted to run around it.  During my previous trip I saw some folks doing just that one day – really cool.  It’s also lit at night, though, not always open at night.

Hopefully next time I get back to Athens I’ll get to incorporate some portion of my run through the stadium.  As you all know, I love running in the various cities I travel to – whether that be the remains of ancient Athens, or a small town in the middle of America.

And if you ever have a chance to get to Athens, definitely check out the stadium.  Its easily accessible in the heart of the touristy areas – though, also usually fairly quiet.  Which is too bad folks are missing out on it – since it’s honestly probably the best restored structure in the area.  Almost makes you think you’ve zipped back a few thousands years… 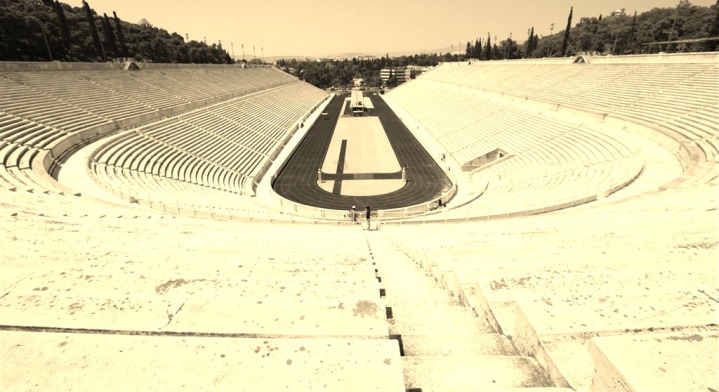