This past weekend has been both crazy busy – but also amazingly productive!  While it’s not over here in the US (we get three days!), I’m going to recap two thirds of it, and save you from hearing about my Six Flags Theme and Waterpark adventures on Monday.

Saturday morning we got up early and joined the Pacers running group for our weekend run.  Lately (well, really, for months) we’ve been simply doing this from the house…and sleeping in.  The only challenge there is that by time you finish, it’s like noon.  Not ideal for productivity.

But with Pacer’s 7AM Saturday start time – you’re done around 8:15AM…leaving plenty of time for the rest of the day’s activities.

The route started off from Roosevelt Island in the middle of the Potomac, and then headed into the district and north-west along the Potomac River on the Canal Towpath to just into Maryland.  The weather was fantastic – which lead to amazingly quick paces, as well as nice low heart rates.  Wootage! 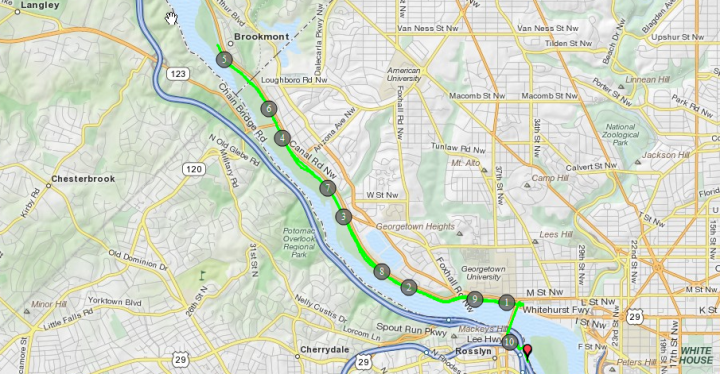 It was cool to see the droves of folks out training for the major fall running races here in DC.  These would be primarily the Marine Corps Marathon and the Army 10 Miler, but also the Baltimore Full/Half, as well as Philly a bit later and NYC squeezed in.  All major races with major draw (and with the exception of NYC, all races I’ve done and loved).

Post-run there was significant time splurged at a local bakery (Buzz) catching up with friends…and consuming cupcakes.  Both were great!

The rest of the day was spent driving the Home Depot Cargo Van that we rented to pickup some new furniture at West Elm. 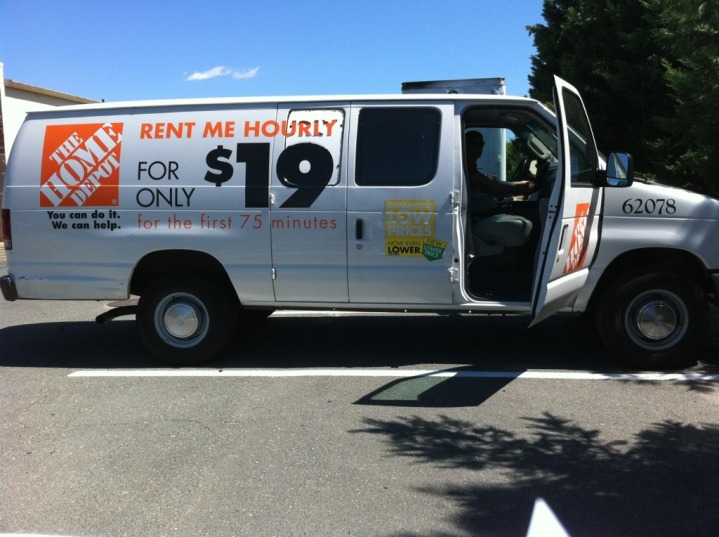 We’ve been re-doing a room in the house (well, mostly just cleaning) in attempt to make it a more focused training and relaxing room – as opposed to just a place where bike boxes pile up.  This would also restore the living room to normal living room status.  But more on that later in the week or next week.

Following driving the very large and loud Home Depot van around in circles, we grabbed a bite and then headed to the pool. 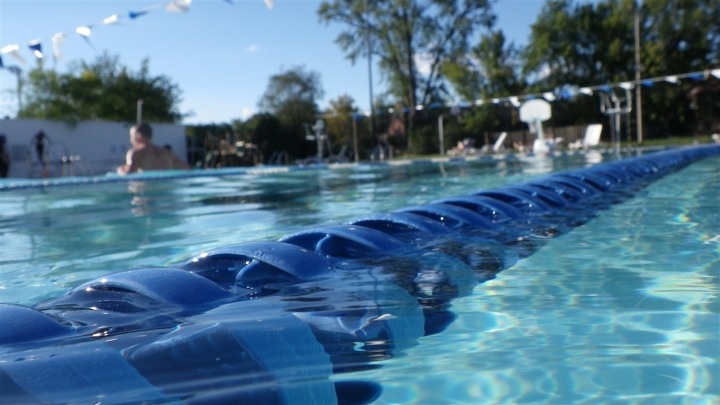 This would be the last swim in the outdoor pool for the year, as it closes on Tuesday.  That makes me sad. 🙁

But for only $2, it’s the best deal out there.  Ok, I suppose it could be free.  But I’m happy with $2, despite the occasional basketball to the head. 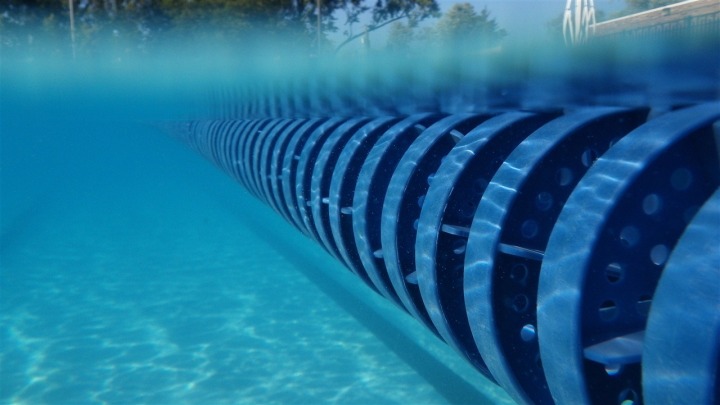 We knocked out about 3,500 yards, including another couple second PR on the weekly finishing 700y TT.  The Girl and I slightly stagger our starts so that I have to catch up to her and lap her in order to ‘win’.  It was a fairly close race in the final 50y (she can fly, especially when determined)…but I managed to sneak the win. 🙂

Unlike weeks past, we decided to get an early start on Skyline drive on Sunday.  We left just before 7AM, and despite arriving an hour later – the parking lot as empty: 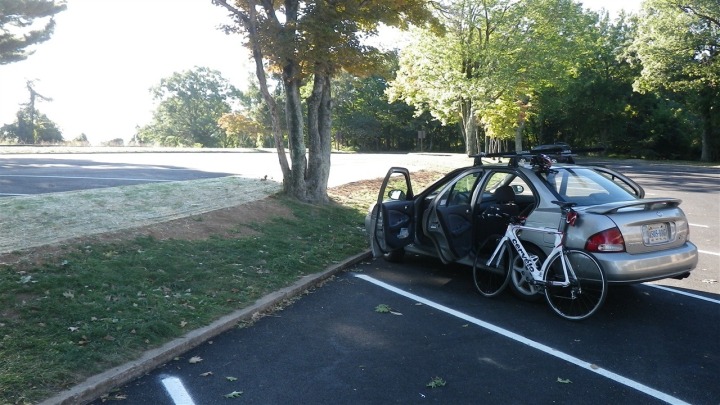 We’ve been starting up there despite down at mile marker 0, mostly because of the bathrooms.  Makes it easy to ‘sort things out’ in the morning after a drive.  I have though from time to time simply biked down the hill to the start and then back up again – to get the mileage in.

Today however, we just headed on out into the rising sun: 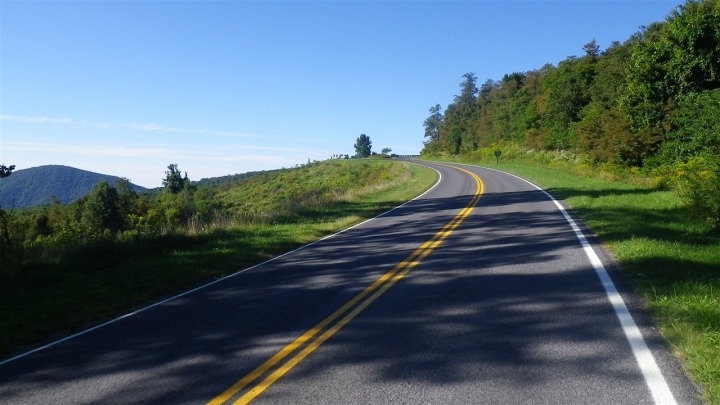 Making things nicer was that the weather was both cool – and fantastically clear.  Never seen it so clear up there.  You could pretty much see forever.  Like, at least to West Virginia or something. 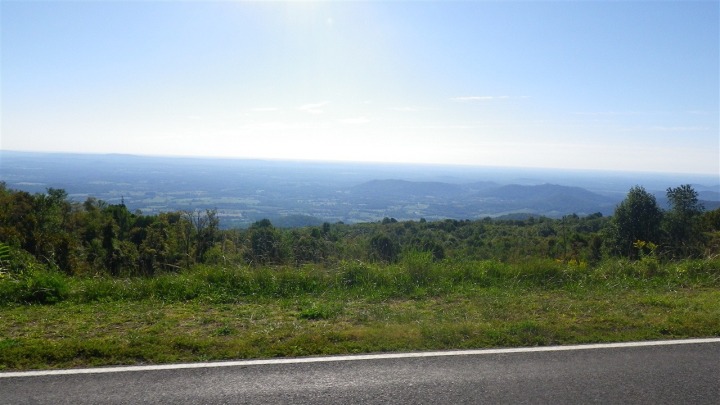 My 55 mile ride went quite well.  I shaved off 10 minutes from the week before, which at Skyline is actually fairly difficult to do when it’s an ‘easy’ Z2 ride.  Given it’s all climbing or descending, you have to really shave seconds everywhere you can.

It was cool to see so many cyclists out there though – including some that apparently read little ole’ me.  Sweet! Another great feature to starting early was that we were done in the 11AM hour.  Yes…done before noon!

By time we got back to the car – the place was packed! 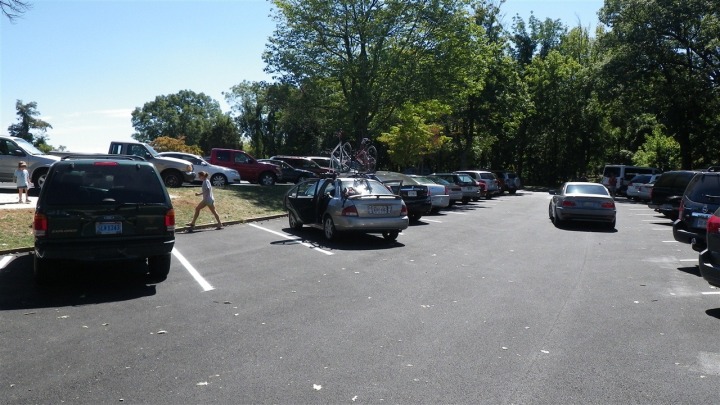 Nutcase busy!  But even more nutcase was the entrance to the park.  Check out this line of cars to the station: 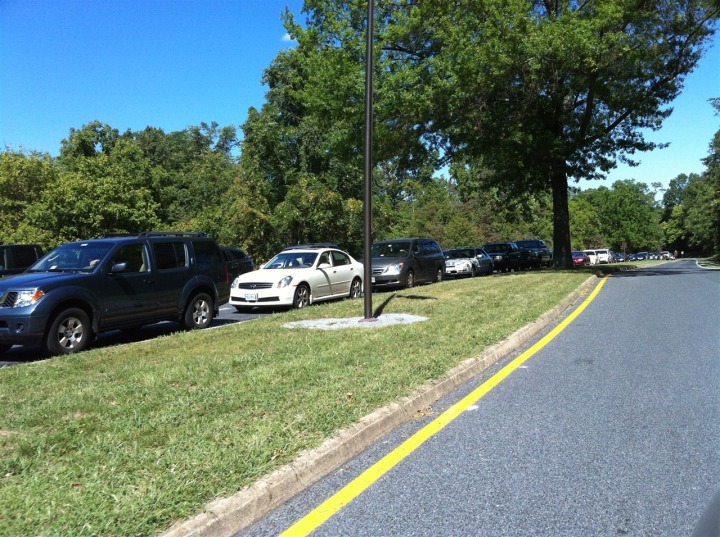 We meanwhile, went off to pickup sandwiches and ice cream.  Always required consumption following Skyline.  Hope everyone’s had a great weekend (thus far).  Thanks for reading!