A week of training in Seattle

After a pretty darn successful Sunday race in the Rainman Triathlon, I got back to work – and training on Monday.  That included a relatively straightforward swim of a tad over 3,000 yards.

One interesting thing is there are far fewer full size 50m pools in the Seattle area than in the DC area, not sure why exactly, but just a random observation. 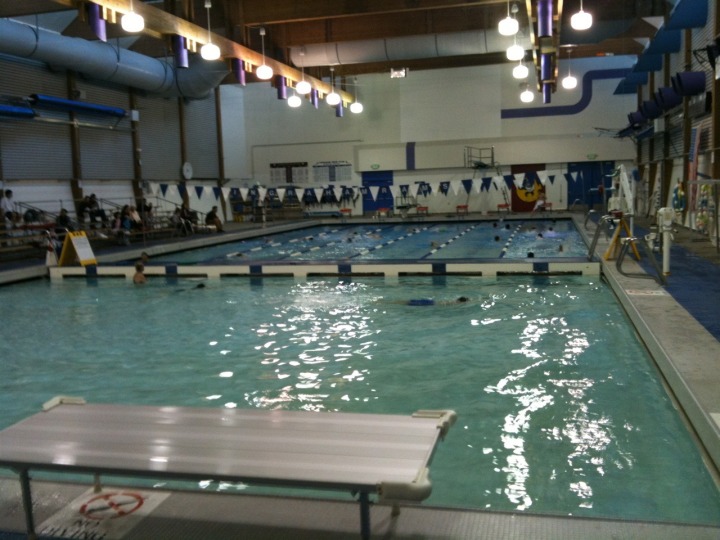 Tuesday brought more sunny skies in the normally rainy city of Seattle (I’m allowed to say that, I was born here and grew up here…I know the truth), and while I had a bike workout on my schedule, it was not out in the great outdoors.  Instead, it was on a trainer.

But, I had meetings going late in the day, followed by dinner meetings later on.  The solution?  Bring the trainer with me in the rental car. 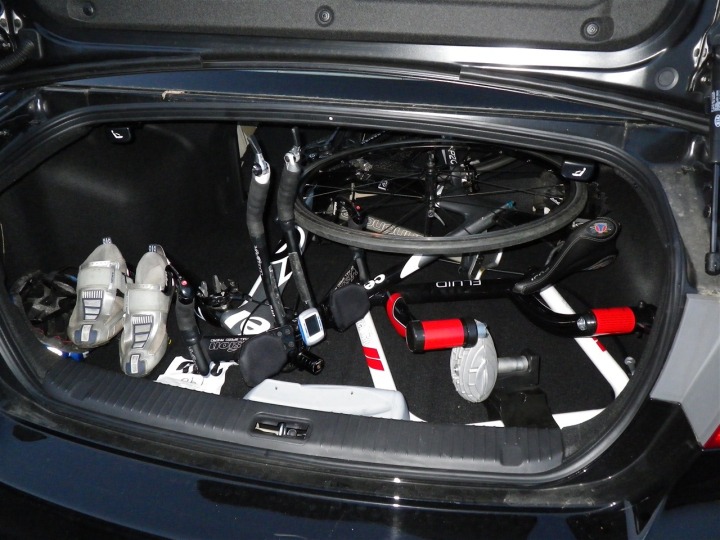 From there I drove the 10-15 minutes around the bottom of Elliott Bay to Alki Beach – where I’ve biked and run to before – and then setup shop. 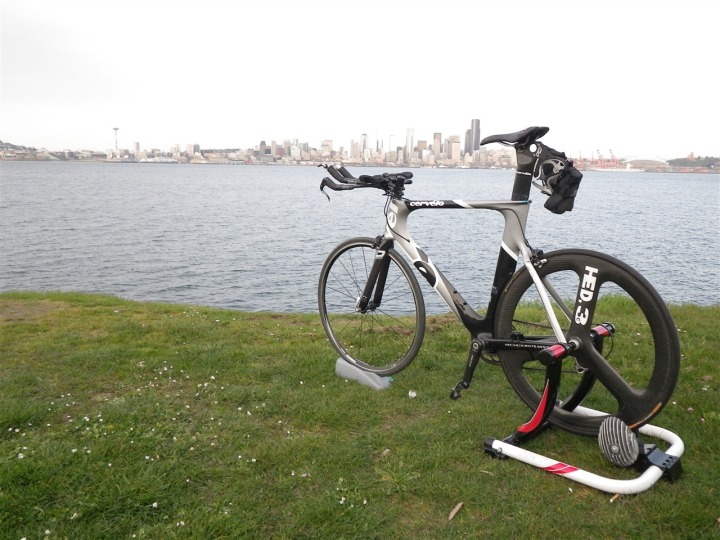 (In case you’re wondering why I have the HED race wheel on the trainer, I brought it out for the race – and didn’t bring a secondary tire for just a few days of general use.)

You really can’t ask for a better location than the city skyline in the background.  Plus, I got to watch the never ending stream of Ferry’s carry commuters home…right off the front of my aerobars.  The only concern I really had would be if the trainer somehow failed, as I’d be propelled straight over the rocky edge and into the bay.  Which…would probably be humorous for everyone but me. 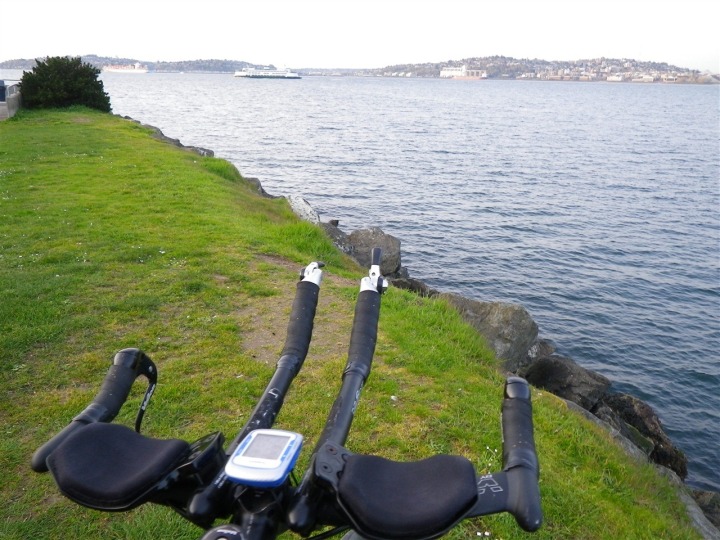 Wednesday brought even more sun.  And what better way to take advantage of it than a 10 mile run during lunch?  I had just barely enough time to squeak in the run, leaving right from the conference parking garage, and then out along the waterfront. 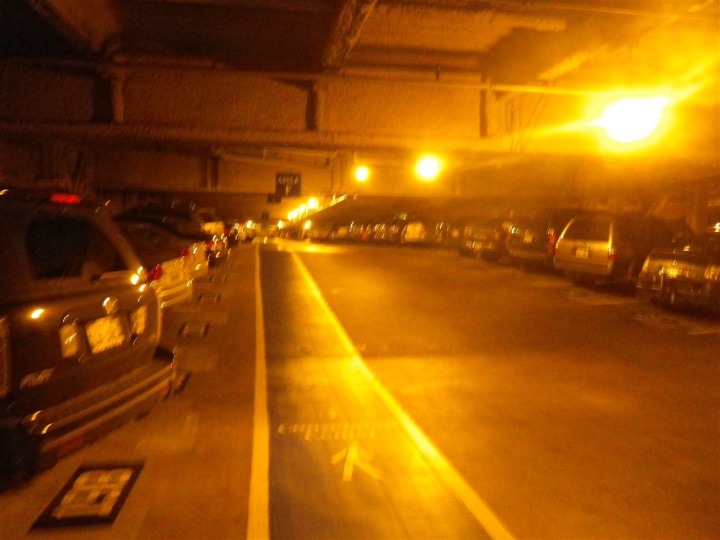 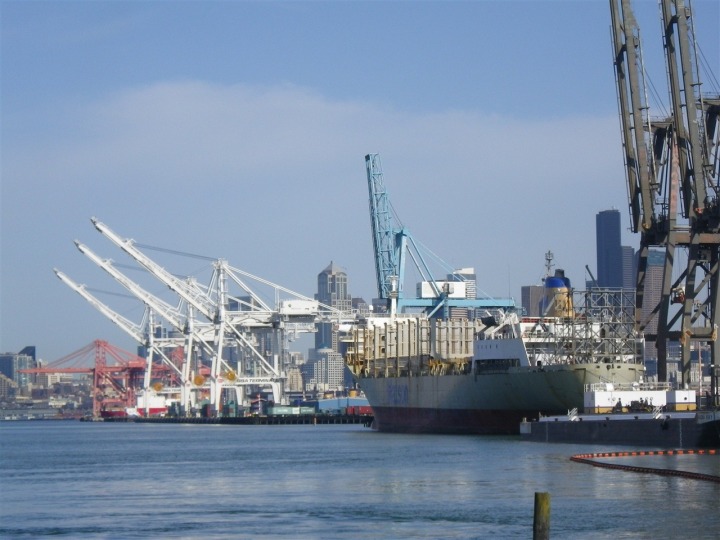 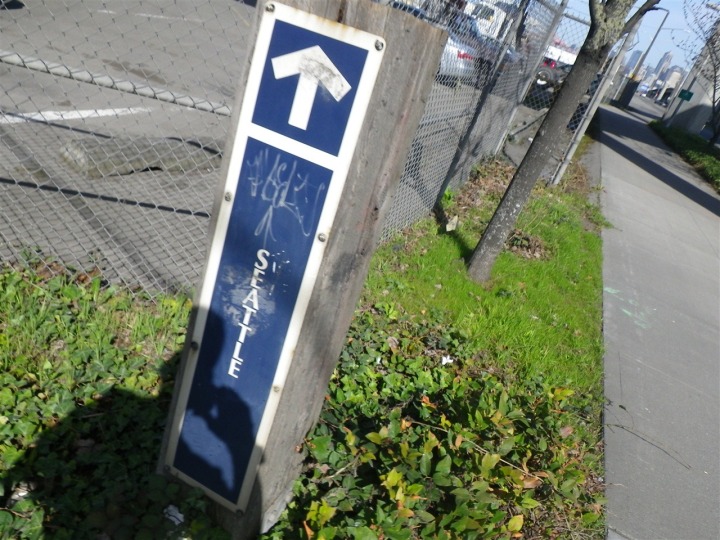 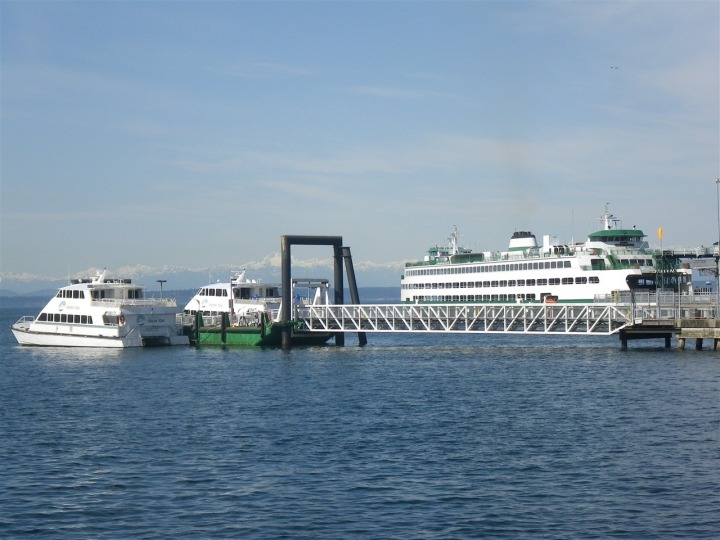 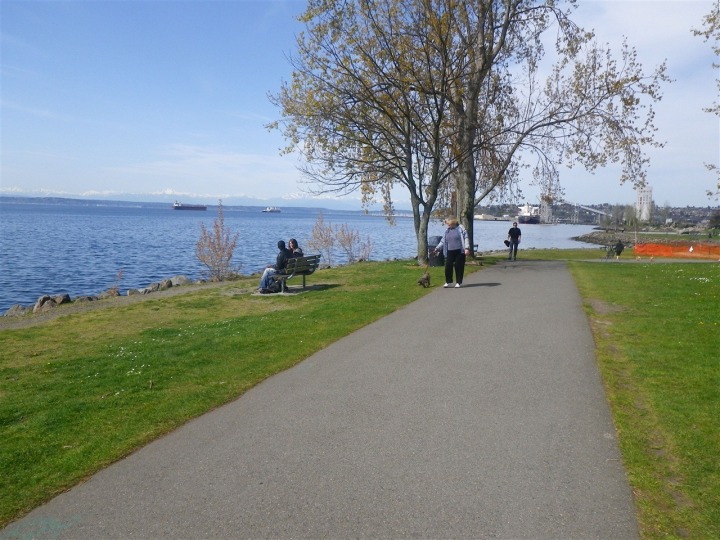 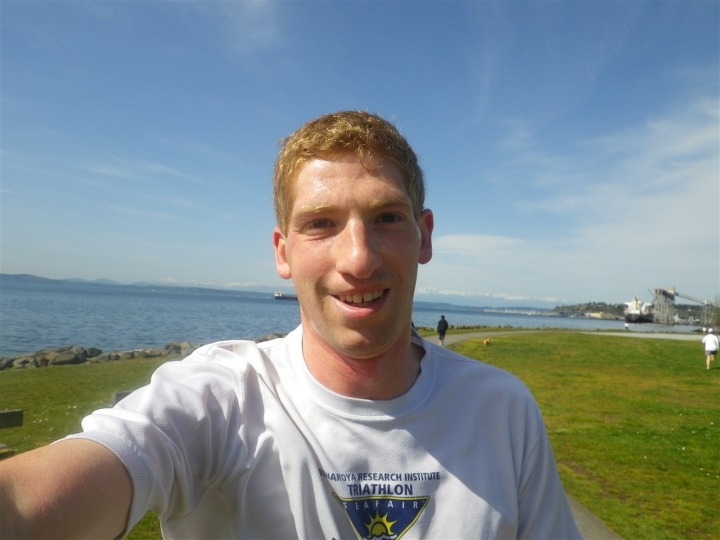 But…Wednesday workouts were not over.  Nope, upon arriving home (at my parents house north of Seattle), my Dad was just mounting his bike to go for a ride.  Somehow I thought that ride would be about an hour, fairly easy.  It turned out about 3 hours including more stoplights than I could ever keep track of.  We went pretty much everywhere.  We found creation…and we rode all over it. 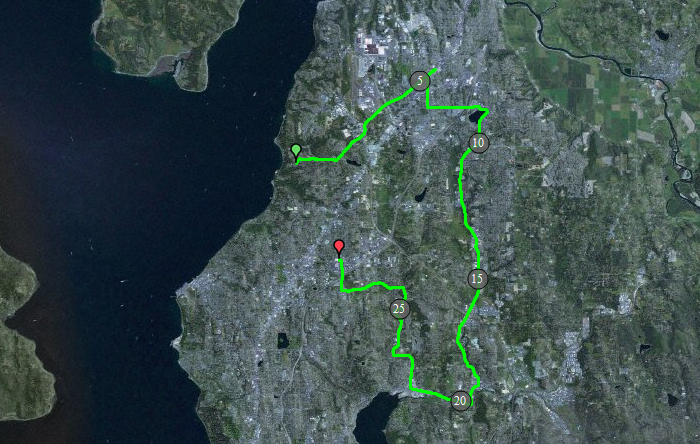 We also found a giant chicken, with an egg (also giant).  Clearly, that required a picture – though, it’s a bit small due to being cell-taken. 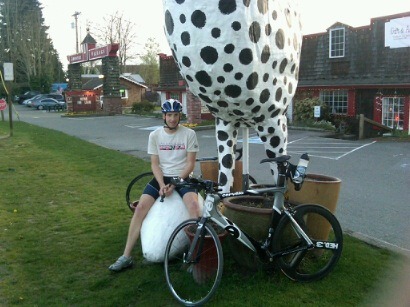 The only problem with our particular plan (aside from not having one), was that we didn’t consider the effect of lighting.  Thus, around 3 hours after we started, the sun went to bed.  And we were still a number of miles from the homeland.  So we called in re-enforcements (Mom), to come and pick us up.  Meanwhile, we wasted time in the parking lot of a local store.  Shopping cart races may have been contemplated… 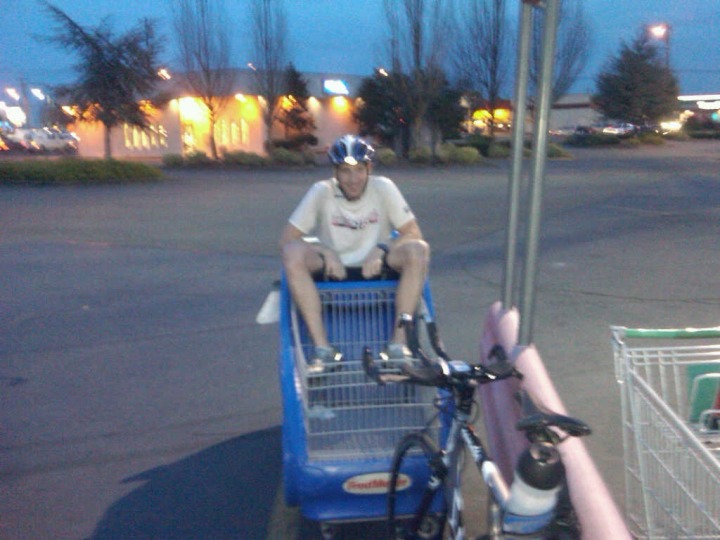 Moving along to Thursday…

Thursday was simple.  Just a bike.  On a trainer.  Indoors. 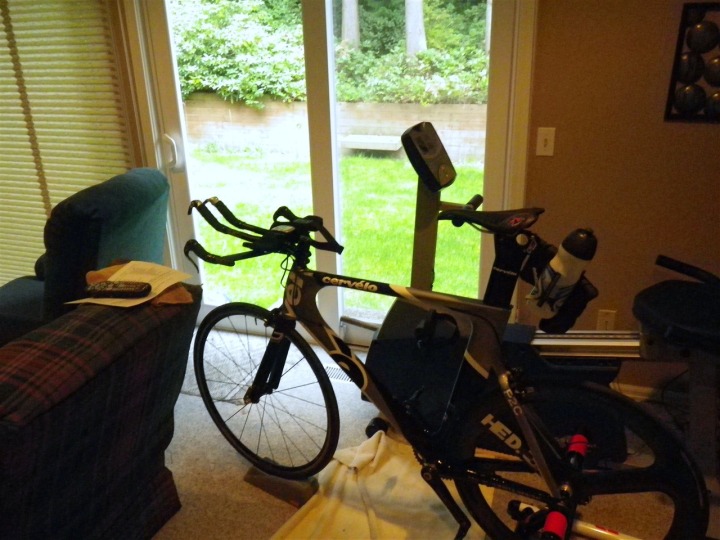 All except for the part on the instruction sheet that said ‘Magic’.  It turns out that after I followed the magical magic section, the only magic was how much effort I had to expend…and that wasn’t very magical at all.  It kinda hurt.  I don’t think I like Magic. 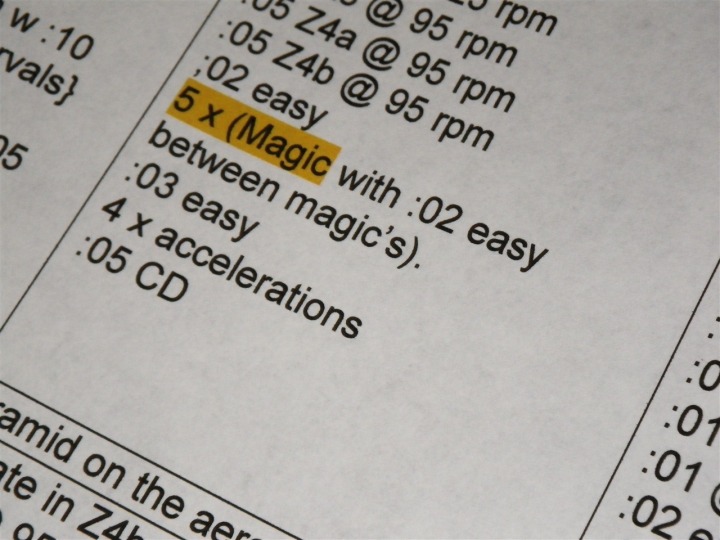 So with that, I’ll be catching a flight later this morning back to a land without Mountains and Oceans…Washington DC.  Have a good weekend all!