Turning into a pumpkin…or a turkey

Halloween has many pieces – there’s the pumpkins, the costumes and of course the candy gathering (even if as an adult that simply means going to the grocery store and buying the candy instead of standing at peoples doors).

Tuesday evening post-run was dedicated to the Pumpkin carving. Though it turns out my friend takes this carving stuff a bit more seriously than I anticipated. I get the pumpkins up on the table and she runs off to find papers and pens. Paper and Pens?!? I thought we were just carving them? 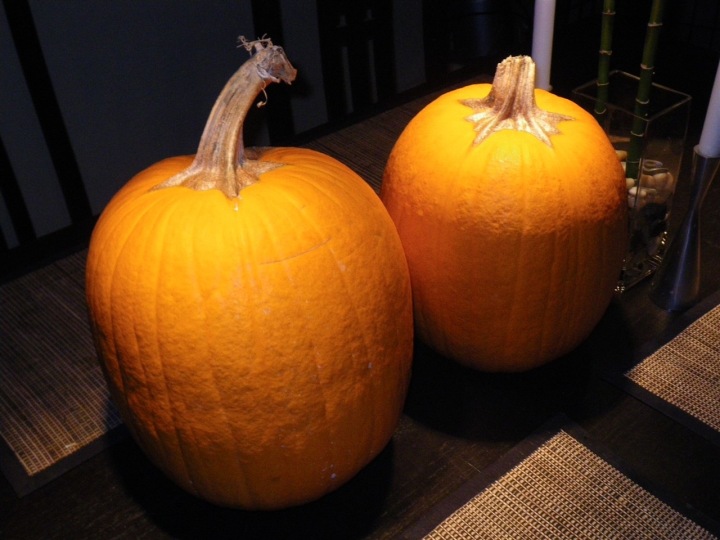 And before I know it were seated across from each other interrogator style and have started our ‘concept’ phase. It’s at this juncture neither of us get to see each others pumpkin’s faces till the end. Here’s my awesome concept drawing. 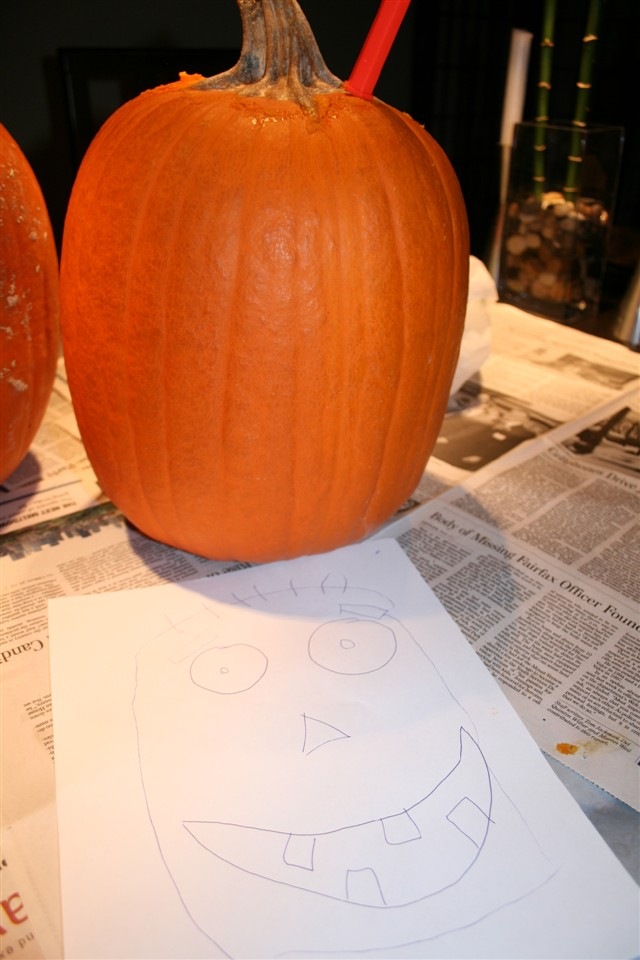 After taking their tops off (my pumpkin, thank you very much), it was time to get down to business. 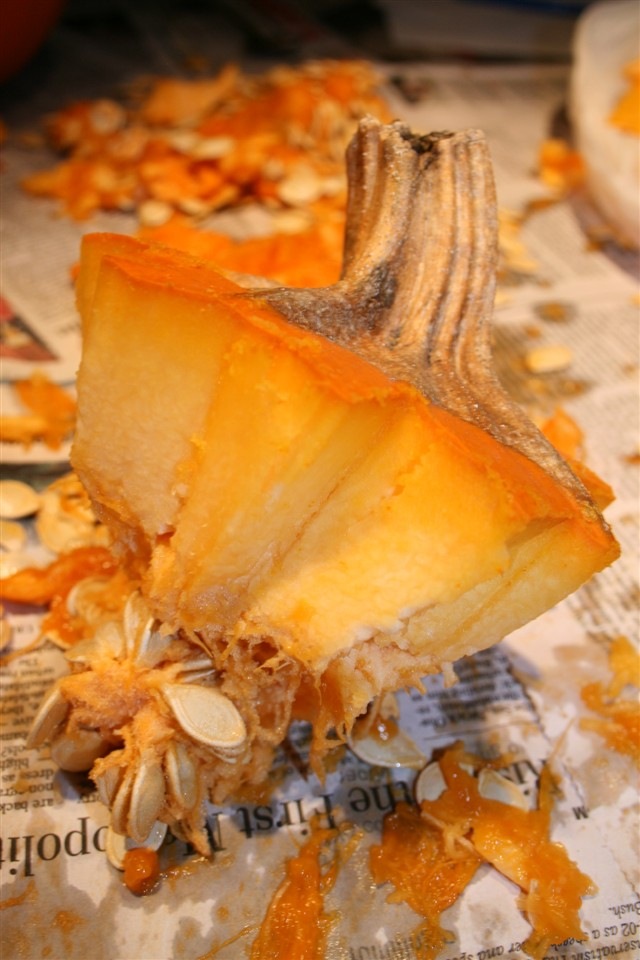 Before long mine was done. It looks pretty much like my picture. 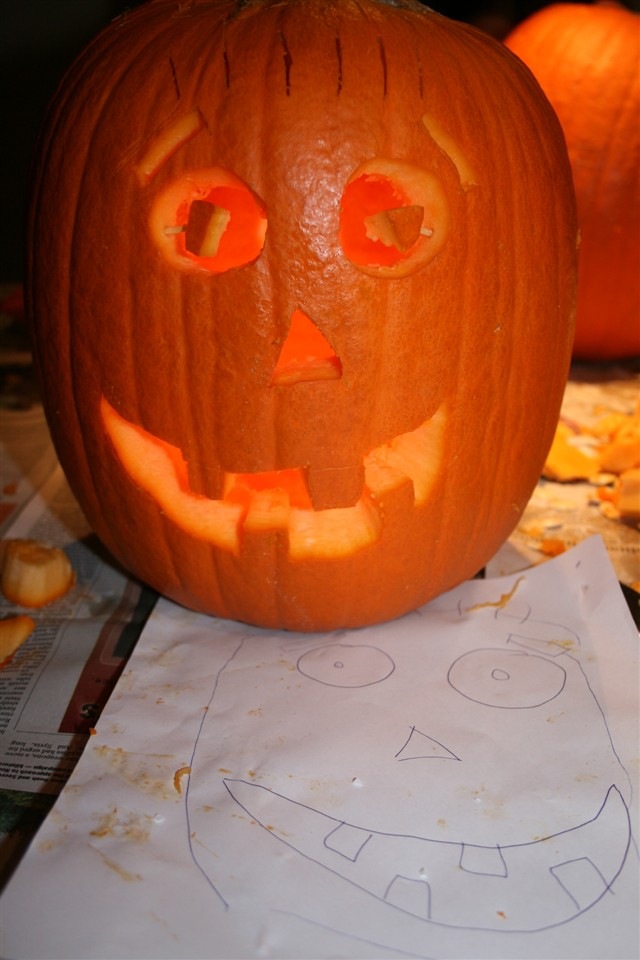 Meanwhile she breaks out a whole bunch of fanciness for some length of time. Eventually she displays the Paris Hilton of pumpkins. Mine looks like a big ol’ goofball. 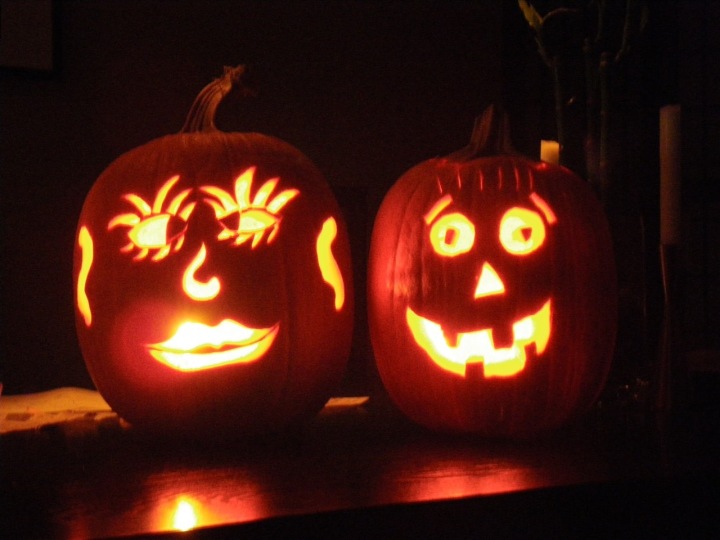 However while she was busy decorating Paris, I decided to do something with the mass of guts on the table. I painstakingly sorted out a gazillion pumpkin seeds. 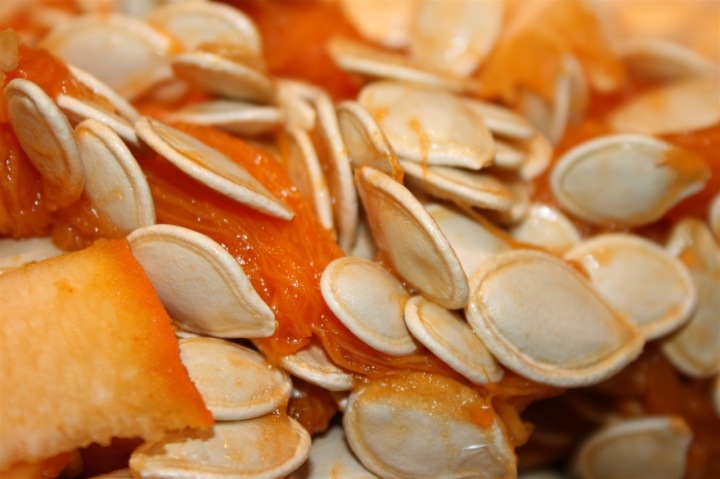 And then after boiling them (easier to clean), and then baking them (to make them taste good), I was all set. I actually made two batches. The first batch was with a typical salt topping. 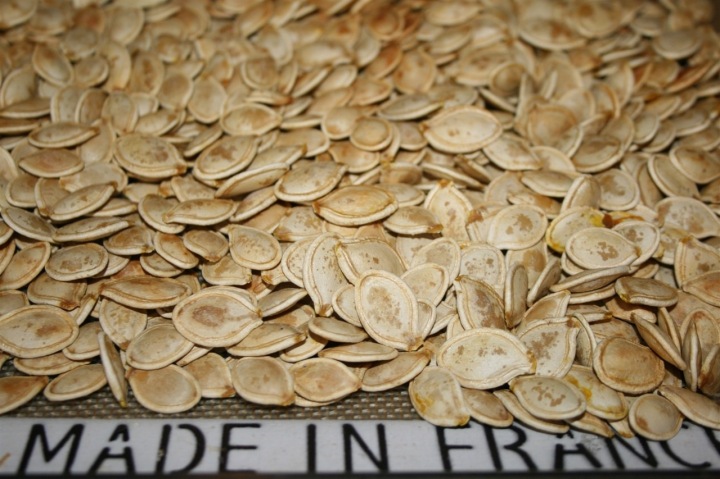 The second batch was a smaller batch with some Truffle Salt that I had sitting around from a friend on a trip to Italy. I’ve had it in my cabinets for a while now and hadn’t really figured out a use for it. It turned out MUCH better than I expected. I was quite happy with that. 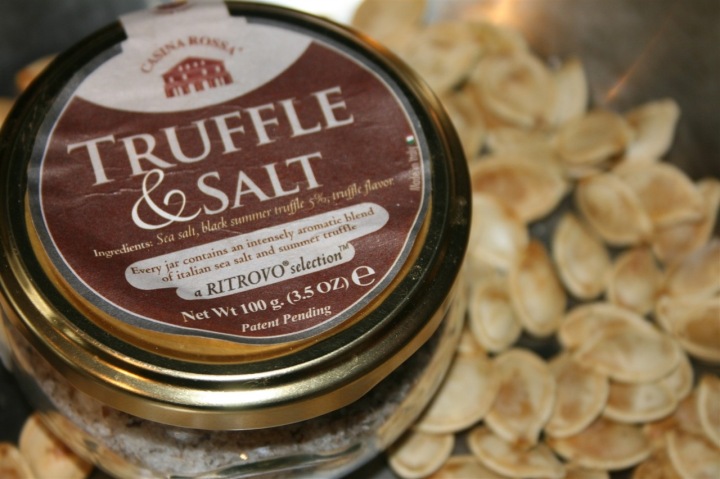 Fast forward to Thursday and it was time for the annual Pacers Fun Runners Halloween run. Actually step back one second – I first had to knock out another 65 minute tempo run. I knew that I wouldn’t be able to do well in a tempo run in a big ol’ costume, so I got it out of the way pre-run.

Oh, and then Alexandria had a free bike light giveaway. You simply had to ride your bike to this park area a few miles away and you get a complete bike light kit! Woot! 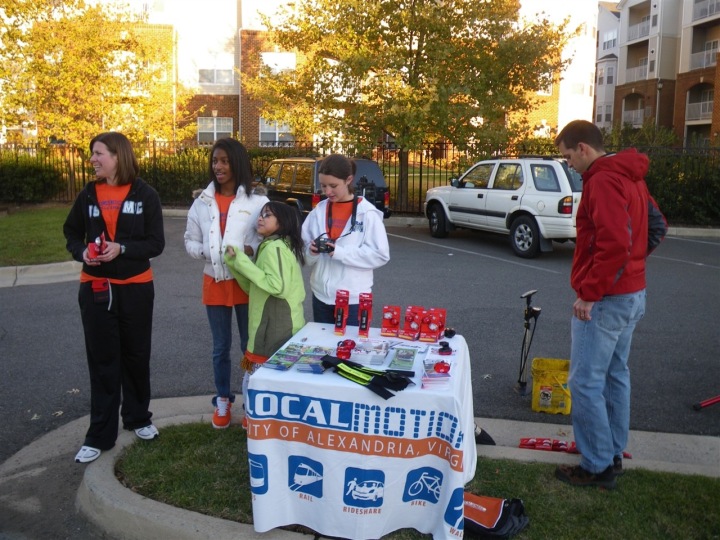 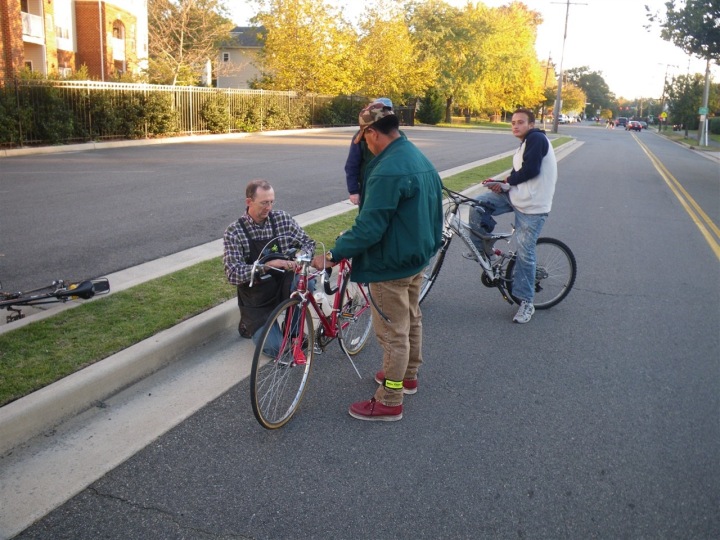 Anyway, back to the fun run…Last year I coordinated with some friends and went as a bunch of prisoners being chased by the ‘police’.

I wanted to choose a costume this year that was potentially re-usable over the course of a year. I had initially looked at a banana, or even a penguin. But after deep thought I ended up going with a Turkey. I can re-use the Turkey at a Turkey Trot run year after year. And let’s be honest – it’s fricken’ awesome.

Here’s the group of folks who dressed up: 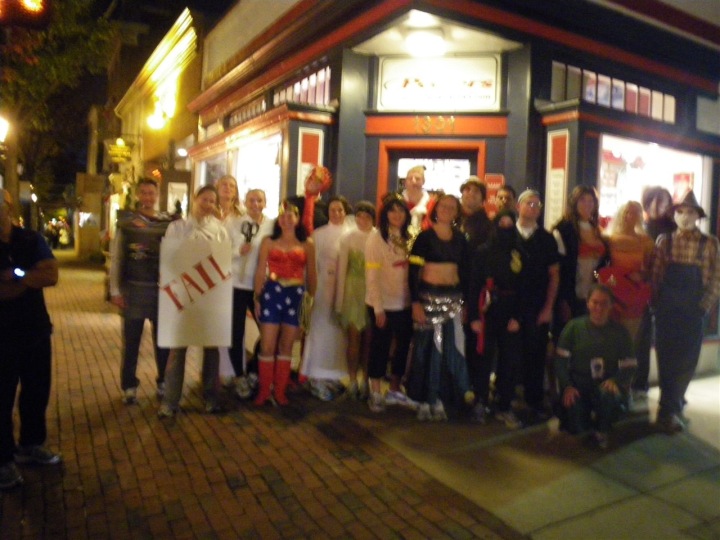 (Ok, the picture came out super-fuzzy – I’ll replace it with a good pic here shortly)

And here’s me during the run. The only problem was the group decided to push it a wee bit, and somehow we ended up at a sub-7 pace (all in costume). Really – when was the last time you saw a turkey running five miles at a sub-7 pace? That’s what I thought too. Not supposed to happen. 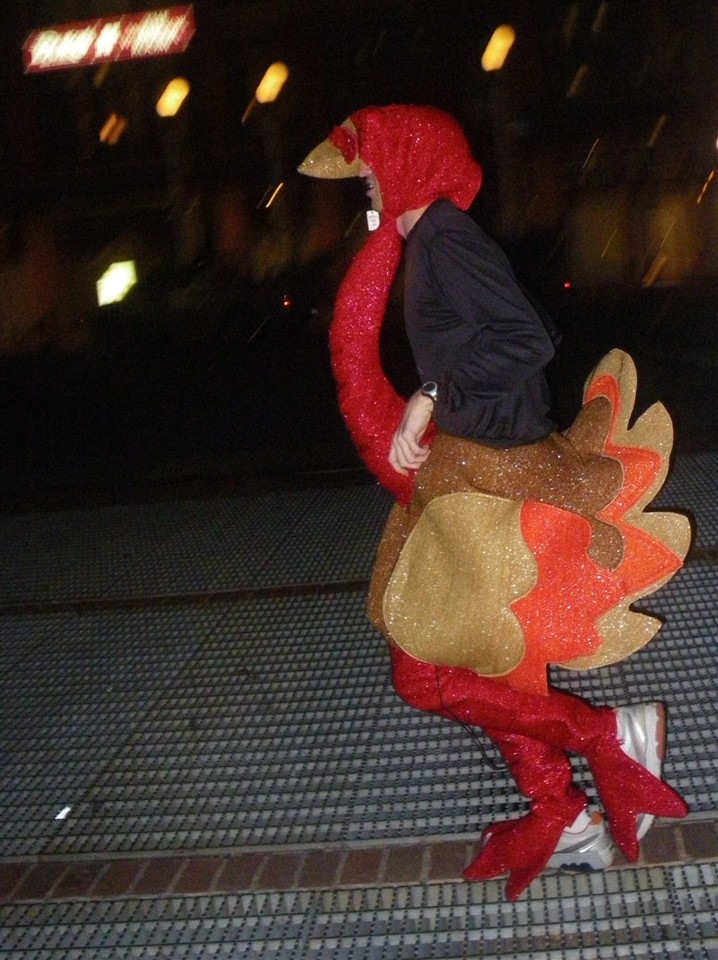 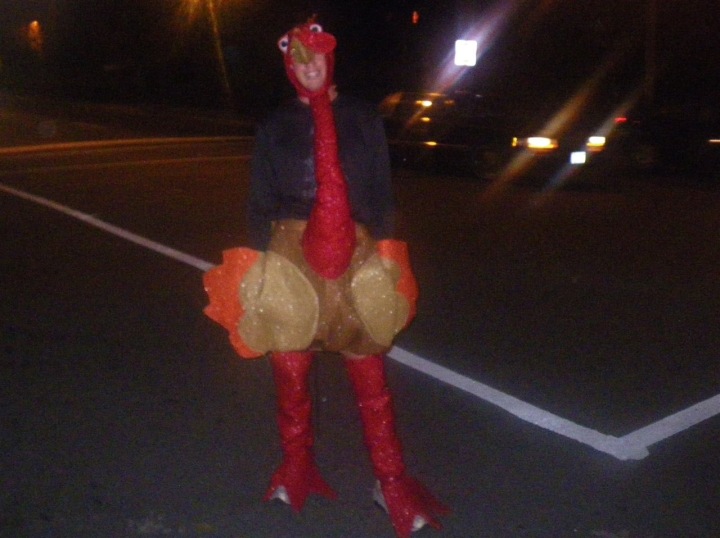 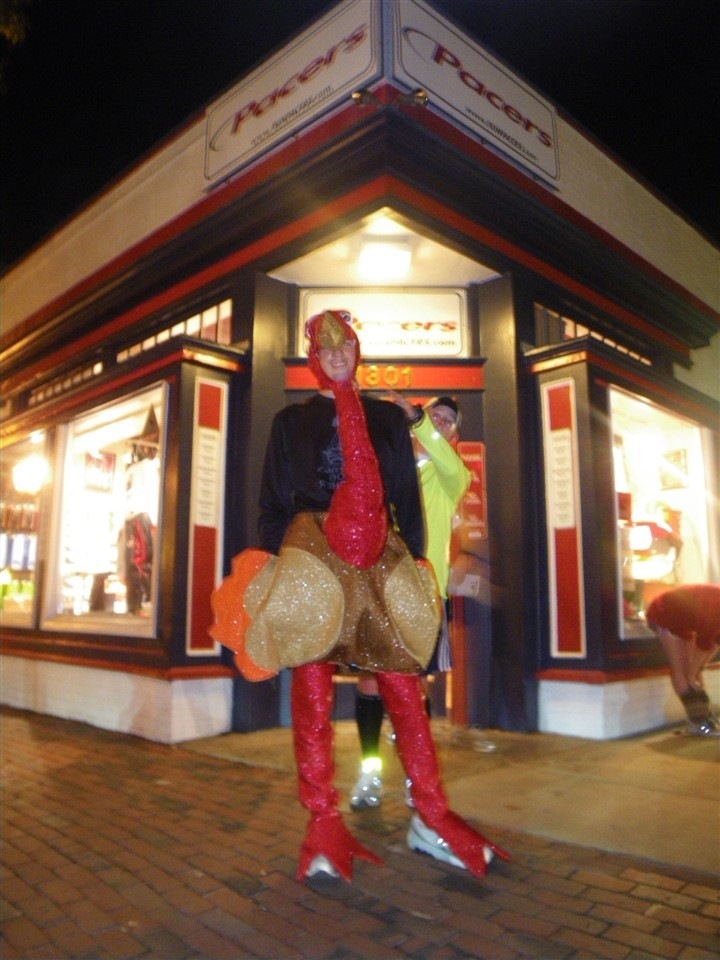 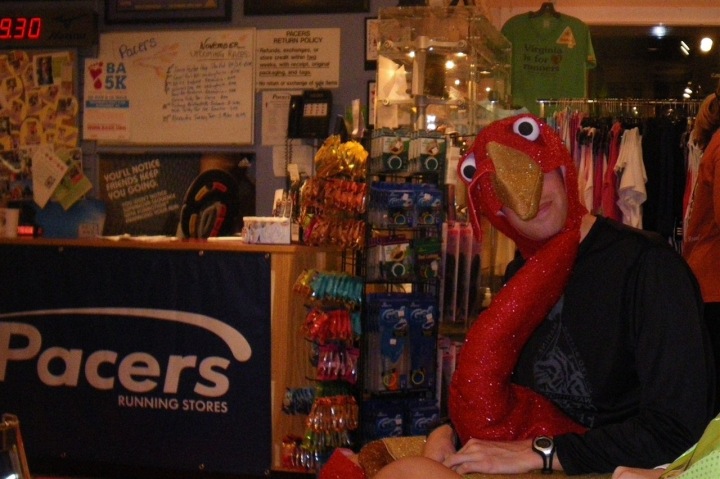 With that – Happy Halloween! 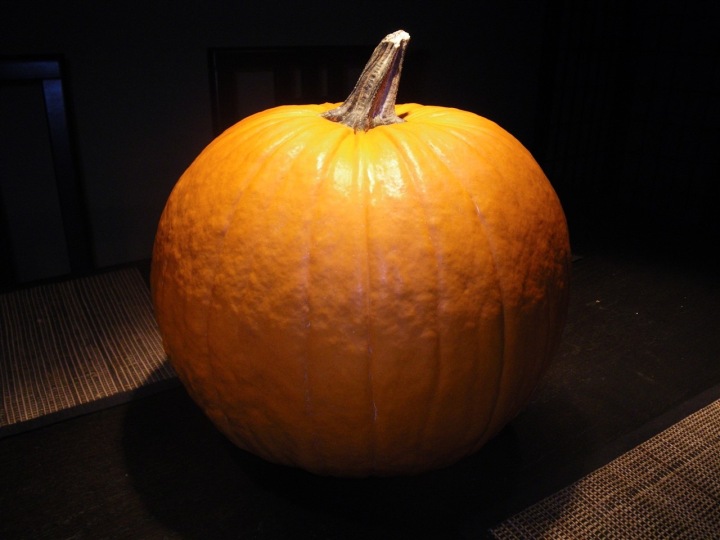