A few less than ideal ways to lose weight

I set off at just after 6:30AM on Saturday morning. My plan was to run about 21 or so miles in the 2 hours 30 minutes I had allotted for Saturday’s long run. The plan consisted of a run from my house in Alexandria to Rock Creek Park – where I would meet up with the running group and finish off the run.

Except…things didn’t exactly go according to plan. Around mile 2.5 I felt the urge. The ‘oh crap, this isn’t good’ urge. Unfortunately there isn’t much around at 6:50AM on a cold dark morning in Alexandria. But I was a Boy Scout. What’s the Boy Scout motto? Be Prepared! Well, I wasn’t prepared. But what’s in the Boy Scout Law however? ‘Be Thrifty’. Check.. Way #1 to lose weight…and done.

I get up the road a bit to mile #5. More unhappiness. Although it’s just prior to sunrise, so it’s still a bit dark and luckily I found another rather nice…Boy Scout time. (Way #1B, and at mile 13, #1C). Oh, side note – thank god the leaves aren’t quite gone yet.

I eventually continue on and wander into the district. I’m feeling good though. At this point it occurs to me that I actually haven’t hydrated or eaten anything. I bailed out of the door without breakfast, and I have a bottle with two gel packets worth in it. Except… I couldn’t figure out the bottle. It’s sorta new fangled with a gel bottle inside a water bottle. I gave up on it for a while. During the whole 22 miles I end up I drinking a sum total of roughly 12 ounces of liquid. And intake about 1.5 gels. Way #2 to lose weight (or…not gain weight). Done.

Oh, and worst of all – due to all this stoppage, I never actually got to meet up with them. So I ran alone. Sad panda. I did manage to cross a few state lines though (yes, I know the district isn’t a state). I ended up going into Maryland a bit and then back across to DC. It was a long-ass run. 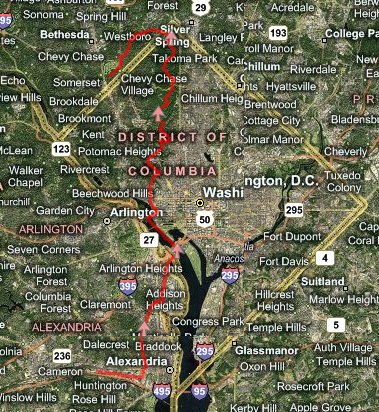 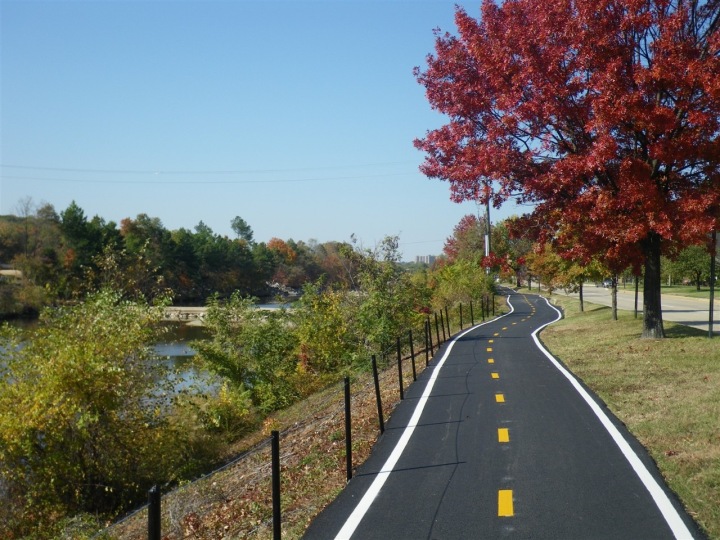 Sunday was nice. I went out again and watched some friends in the second race of the Backyard Burn trail running series. Here’s a few random shots of some random people. 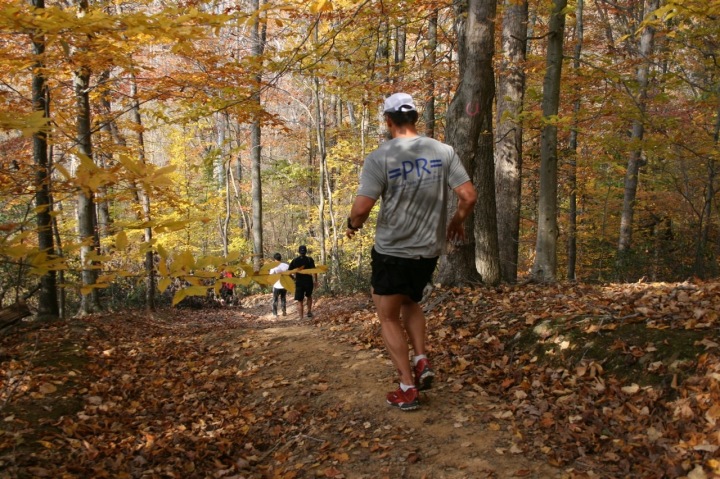 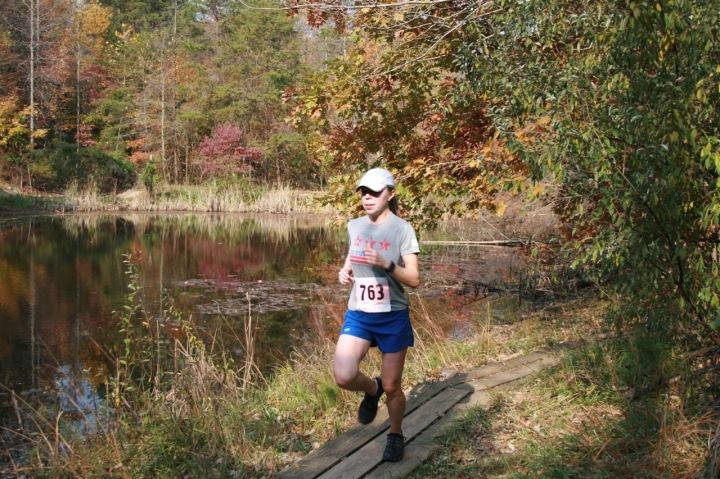 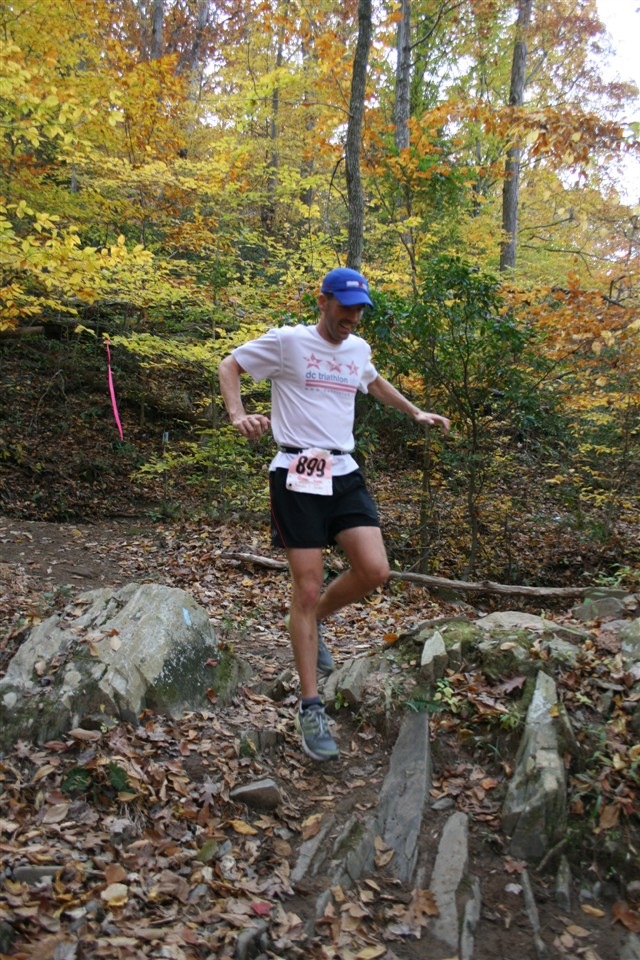 Ok, so that’s not entirely truly. They’re not exactly random. They’re various DC Tri folks that I happened to see out there. If you see your photo above, and want high res versions (or any of the other gazillion photos I took – just shoot me an e-mail).

After that we zipped down to Prince William Forest National Park to get in about 30 miles worth of bike loopage. It was a nice day for it – perfect temps after a few minutes on the bike. 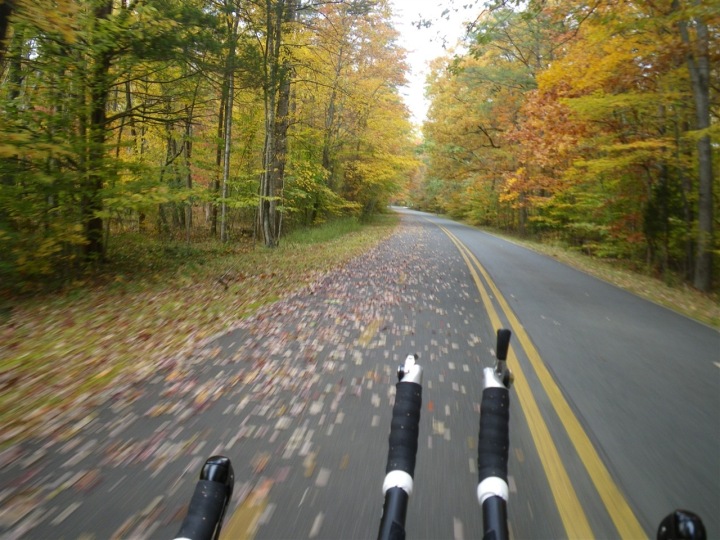 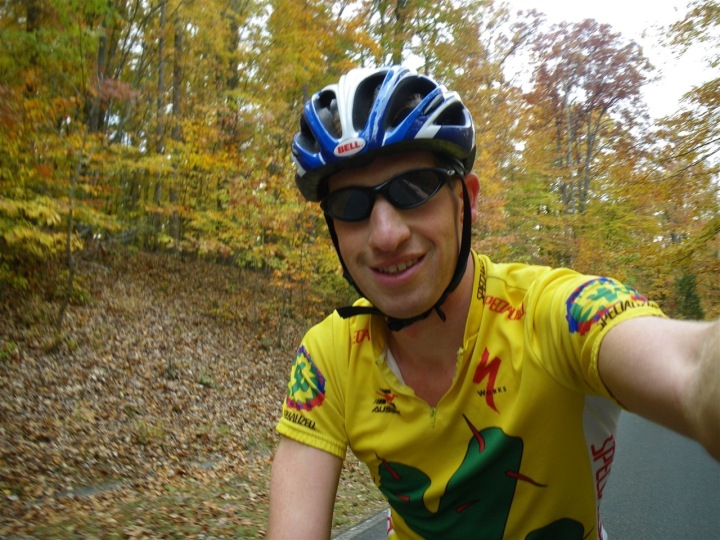 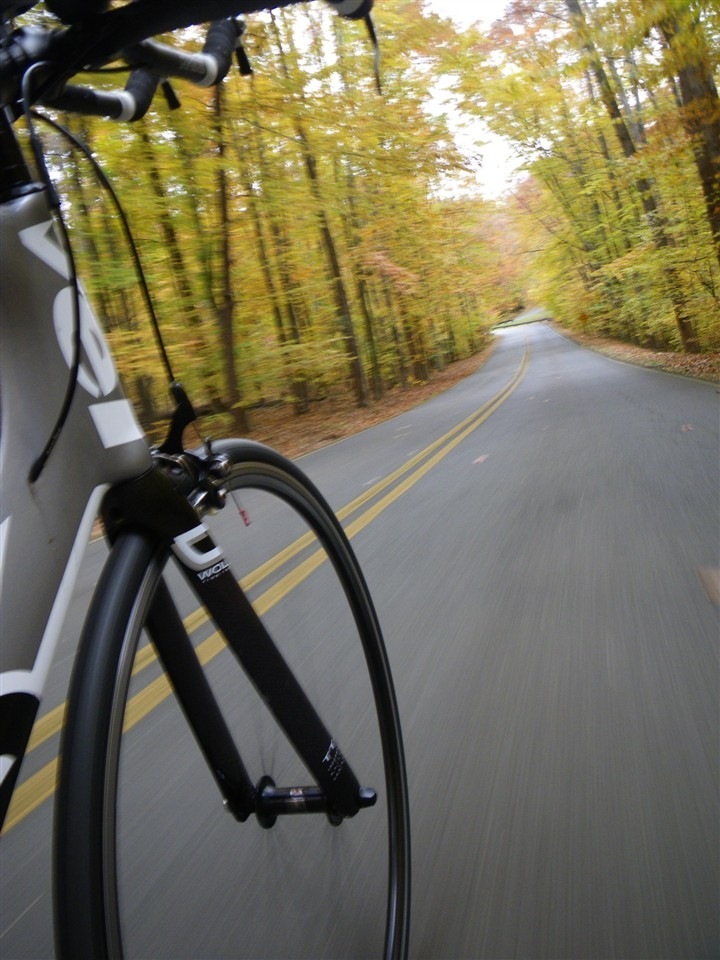 I was playing around with different camera angles on the bike. I started off at slower speeds holding the camera down next to my feet (like above). But actually did one descent at about 40MPH with it – the result of which is below. 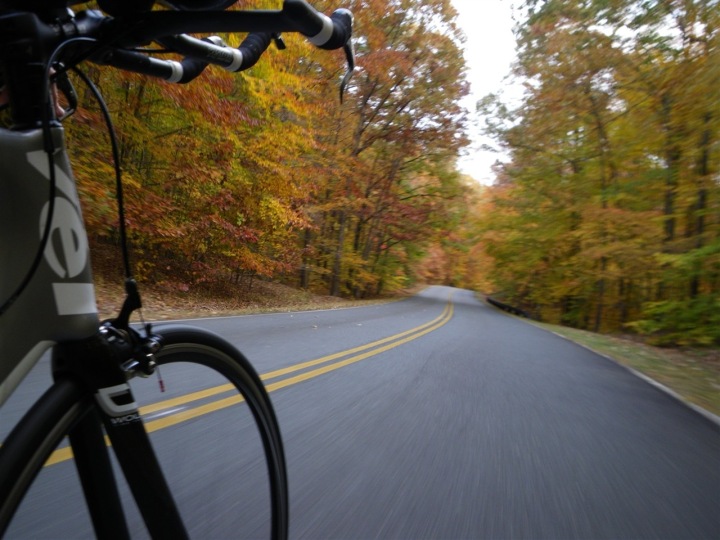 Anyway…that’s it. Hope ya’ll had a good weekend. Congrats to those who completed either Ironman Florida or the NYC Marathon.

Just three weeks to go for me till the Philly Marathon…I can’t wait…to get break.