There’s still a handful of Tacx Flux 1 units available left in the sale that started about two weeks ago.

Tacx Flux 1 Sale: This is the updated 2018 variant that includes all the internal tweaks for better performance/stability. The Flux is down to $699 (from $799).  The singular difference between this and the just announced Tacx Flux S is that unit has support for longer derailleur cages. That’s it!

This is an awesome deal for trainers that are available today, at least while supplies last. While it’s not silent like the new KICKR CORE at $899, you are saving $200 (and you can get it today versus the backordered KICKR CORE).

1) It’s like Uber for CPR: I know ‘it’s like Uber’ comparisons get old, but this is kinda what this is like. It’s been in place in a few communities and allows you to mark yourself as being trained on CPR and then receive an alert via an app with location details when emergency services are notified of someone within a few blocks of you needing assistance. It’s tied into the 911 system such that it gives people closest to the victim a chance to start before fire/EMS can arrive. I saw it this week on Twitter for an individual in DC. They even have wearables integration too. An amazing use of technology.

2) Stop committing crimes with your Fitbit: Fitbit data has now been used to charge a man with murder. More specifically, the heart rate data from the victim has been used in establishing specific times. This is hardly the first time Fitbit has cooperated with police in various criminal investigations.

3) Abe Kislevitz Hero 7 Black Guide: Abe’s a long-time GoPro employee who, upon each hardware release, puts together a super detailed insight into how GoPro themselves tends to use the new cameras. It’s a great guide for specific shooting modes and when to use a given mode/frame rate/framing.

4) AMER Sports – owner of Suunto Up for Sale: And apparently, holding talks with at least one suitor already. Of course, it’s often a long road from talks to acquisition, let alone whether the company might be sold in chunks (AMER owns brands including Salomon, Wilson, and Mavic – among others), or as one giant pie. Still, worthy of note. (via The5KRunner)

5) All the Kona Posters: This man’s aiming to collect every original Ironman Kona poster, along with the signatures of the winners for each year.

6) The Hiking Map: A super cool map that depicts 350 of the most popular hiking trails in the world in a pictorial kinda way.  I need something like this for epic cycling routes. 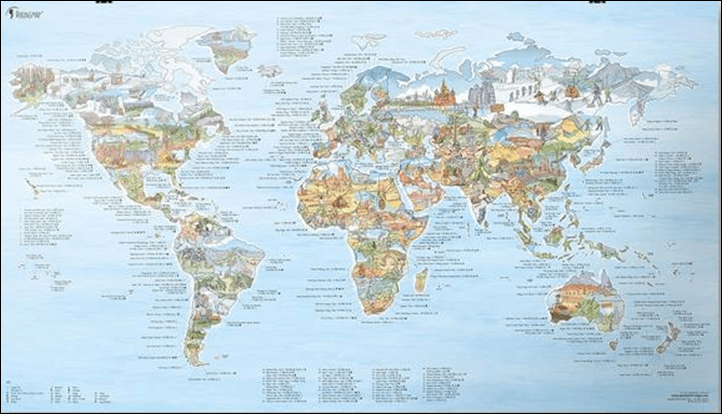 7) I don’t have any more links this week. I sat on a beach all week and apparently didn’t surf the internet well enough.

With that – thanks for reading and have a great weekend all!