This weekend was definitely within the whirlwind classification.  Between two airplane flights, two countries, a boatload of photos, and capped at either end with two evenings out in Paris – it was destined to be crazy busy.

Friday around 1:15PM the Direto trainer arrived from Elite.  Why do I mention the time?  Well I found it funny that DHL had marked the unit as ‘delivered’ in their system at 11:37AM, to ensure they met the 12PM delivery cut-off.  Of course, reality was different.

Sadly, I’m just happy I got the trainer at all.  Most the time the delivery folks here in Paris simply mark me or the office as not home and skip delivery entirely (even when I’m standing at the window), as they don’t want to deal with lugging it anywhere. 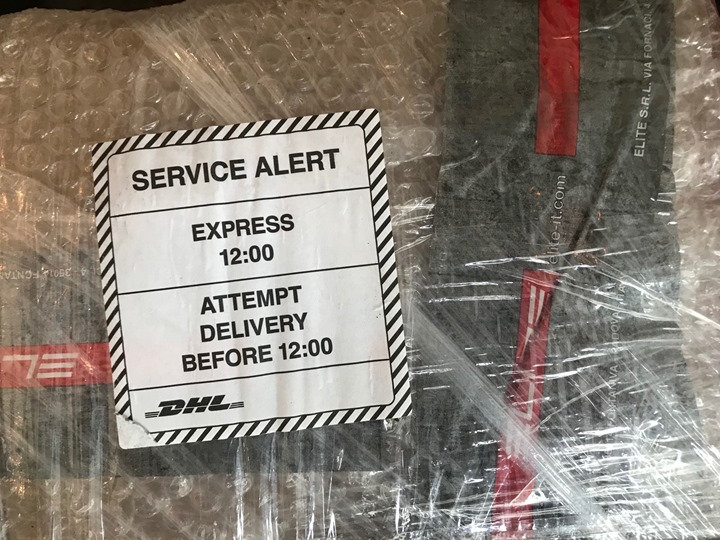 That then sets off a fiasco for me to pick it up somewhere, usually outside of Paris.  This time though they did deliver it (to home on this day), and thus I ferried it back to the Studio with a Velib. 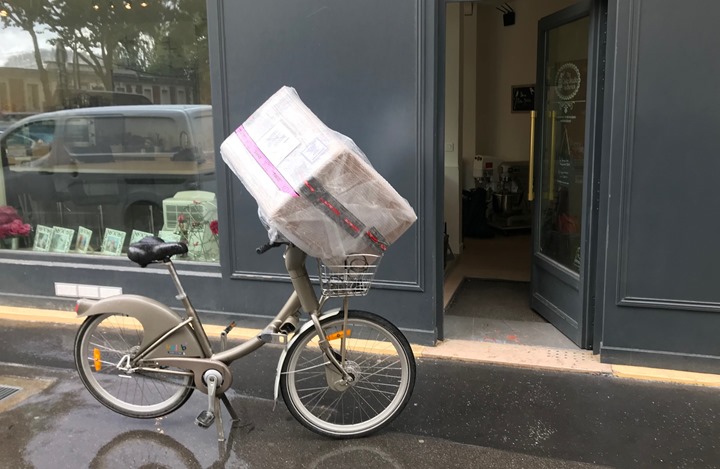 Regular readers know I use the Velib’s for transporting everything.  Like our Christmas tree each year, as well as even moving massive kitchen mixers between bakery locations (and small mixers). I even picked up the kitchen sink one day with it across town when we were building out the Studio space.  In case you were wondering how we moved that massive mixer, we balanced it on the seat of the Velib like a dead body.  It took three dudes to walk the whole thing carefully the kilometer or so.  Somewhere on my iPhone I have a photo.  In any case…

After the Dorito Chip arrived, I had only till 5PM to get everything done for my preview post at 6AM on Monday, since I was gone basically the whole weekend.  This included two rides, all the photos, and all the video and audio I’d need for my YouTube video on it.  But, I got to pull out my sweet new slider I bought while in San Diego in May for the video’s intro: 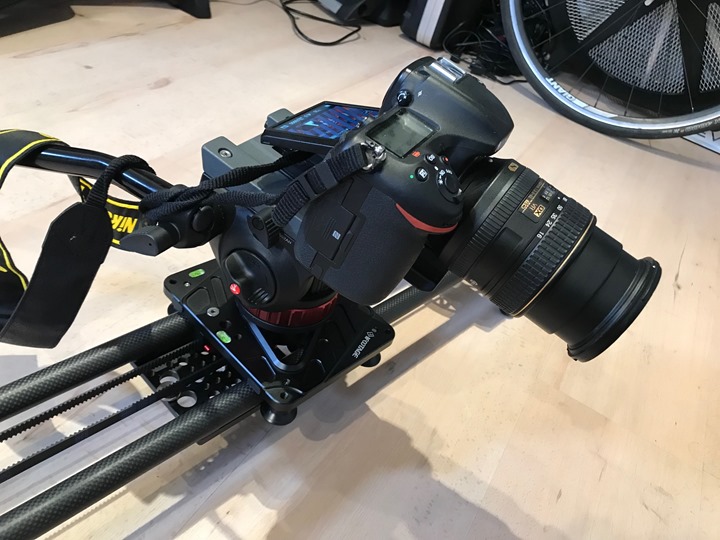 I’m actually impressed with my timing on this post.  In between a million other things, I had the majority of the video done by Friday evening, the text done by Saturday evening.  The accuracy charts and section done at the airport on the way home.  The photos edited on the plane, and the final video edit largely done in the Uber from the airport to home.  I had a little bit of finishing touches for editing for titles I did around 5AM on Monday before posting at 6AM.  Thankfully the completed 8GB 4K video file only took 6 minutes to upload to YouTube.  It then took 28 minutes for YouTube to process. Doh.

$30 a month (including TV and unlimited long distance phone) French internet speeds for the win! 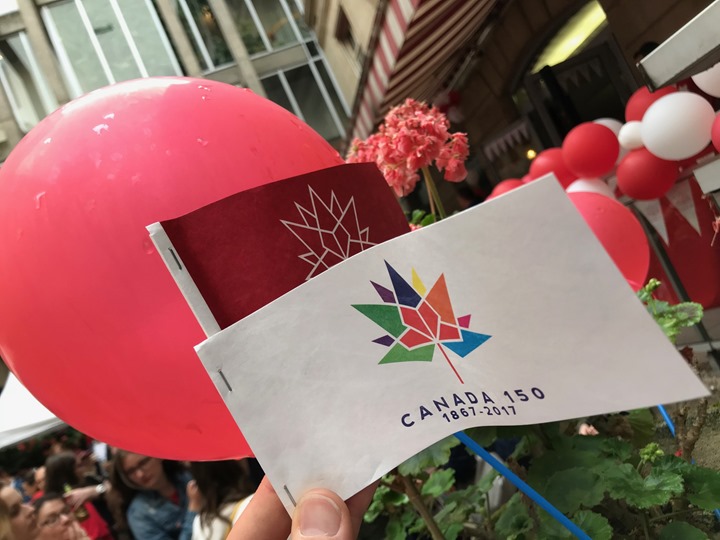 We kicked off the weekend with a trip to the Canadian Embassy for Canada Day.  Technically it’s on the 1st of July, and this was the evening of the 30th of June, but that’s nothing that a few more beers by the DJ booth can’t fix.

Speaking of beer – they had beer you could purchase, all Canadian of course: 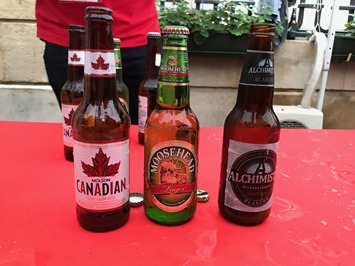 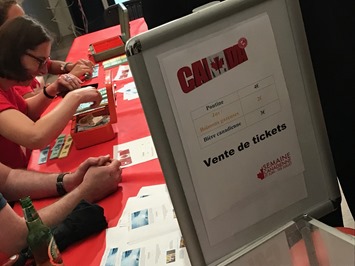 And they were serving up poutine as well.  Because…Canada. 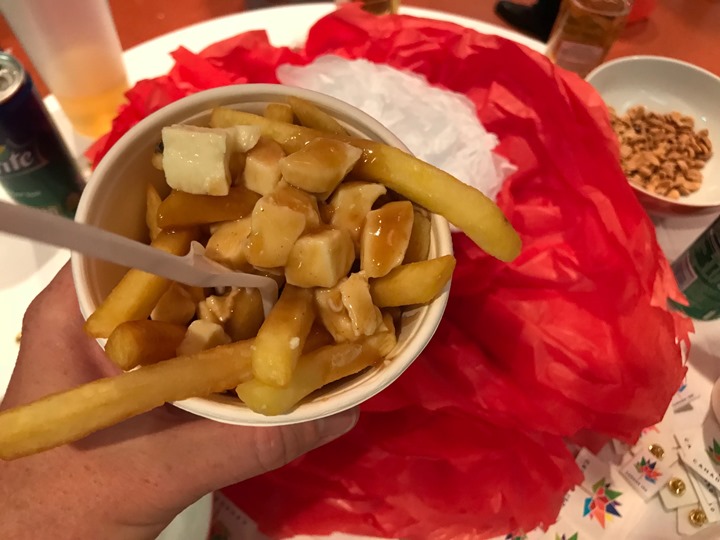 Somehow The Girl managed to win a raffle: Three bottles of Canadian wine.  It’s a good thing she won and not me.  Would have been awkward for the American to show up at the Canadian embassy and win their raffle. 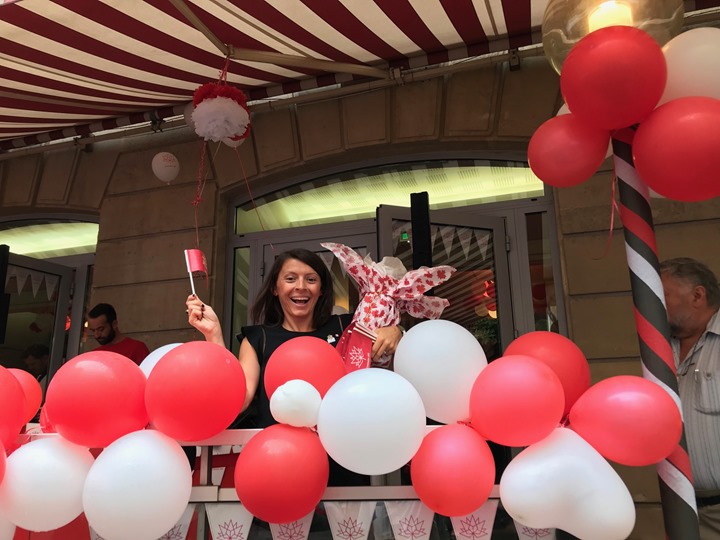 I didn’t even know Canada made wine, but sure enough, they do – and we now have three bottles of it.  Woot!

We did not win, nor saw, any maple syrup. But we did definitely consume Canadian beer, so basically that’s a kind of maple syrup.

3) An early morning flight to Germany

Up just before 5AM and I was soon on the way to the airport.  I was departing from CDG Terminal 2G.  Of course, as any aviation person knows, CDG often holds the honorary title of worlds worst massive airport.  And largely for good reason – it’s a nightmare, primarily for connections or any other sort of logic-inducing activity you wish to execute there.  Though, I will say I have a soft-spot for CDG Terminal 1, despite how stupid looking it is.  It’s small, easy to navigate, yes kinda dumb looking, but kinda workable at the same time.  Plus, it has a Starbucks right behind the check-in desks, and some of the workers there even know me.

Meanwhile, there’s a special spot in hell for Terminal 2G. It’s basically what happens when the airport forgot to build a terminal and sticks a collection of portables together on the perimeter of the airport away from anywhere.  It’s here that the regional jets depart to destinations deemed lesser by Air France.  It’s such an annoying place that I thought I took a picture but didn’t.  So instead, I give you the other end of this equation – Dusseldorf. 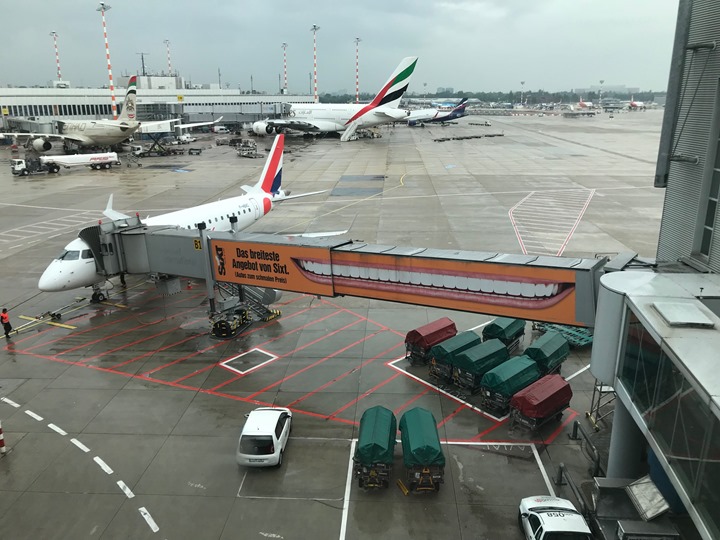 Though, I always smile a little bit when I board my IHOP plane.

I know, it’s actually HOP.  But all I think of is IHOP.

And to be fair, they do give you free croissants on the flight.  Though, I wouldn’t know for certain this time as I fell asleep from taxi to landing.  Thus, moving onto the next part of our story.

After arriving I made my way a quick 10 minutes from Dusseldorf Airport to the Tour starting area.  Seriously, how convenient is that?

I liked how the city (or The Tour) had volunteers with stacks upon stacks of boxes of various TdF signs for fans. 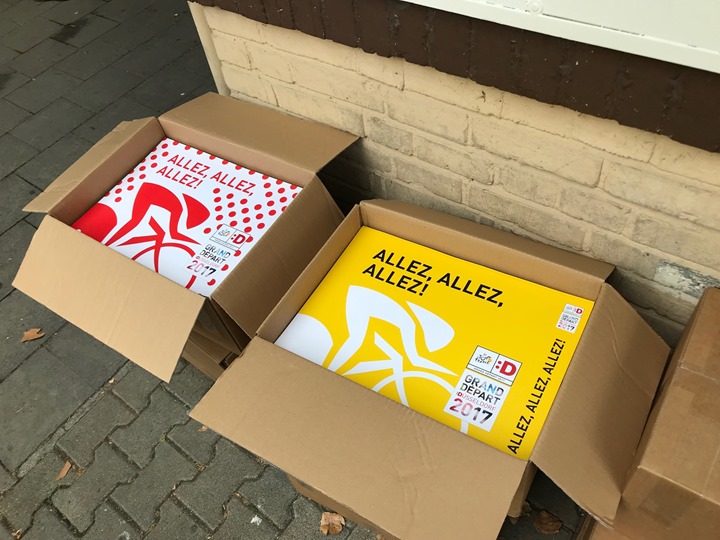 Kinda neat.  And a photo I just discovered I never quite tweeted out.

To see all the behind the scenes goodness from Saturday, check out this post here.  Sunday’s post will be up tomorrow.  And of course, don’t forget the TdF gadget post here.

Basically, taking craptons of photos was my entire weekend.  Oh – and saying Hi to many DCR readers!  Thank you!!! If you grabbed a selfie – definitely drop a note below with it attached! 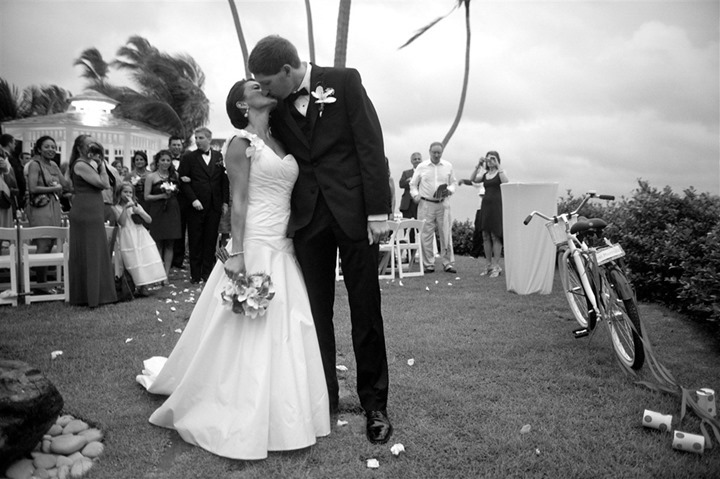 What a crazy adventure it’s been thus far together! The Girl is awesome and helps make everything I do here possible. There’s so much behind the scenes goodness she takes care of, it’s mind-boggling. And of course she’s an amazing Mom to boot!  Plus, she looks stunning. 🙂

We headed out Sunday night after I got back from Le Tour to enjoy a nice dinner together out on the town.  Which was exactly the plan last year this night when The Peanut decided to interrupt that day and make herself be known a wee bit early.  Though technically she arrived the next day by just a couple minutes. Phew! Thus making it the family sweep of: July 1st – Canada Day (The Girl is Canadian), July 2nd – Anniversary, July 3rd – Peanut Day, July 4th – US Independence Day (I’m American).

It’s basically just a week of partying around these parts.  It’s astounding anything gets done.

In any case – have a great week ahead everyone!