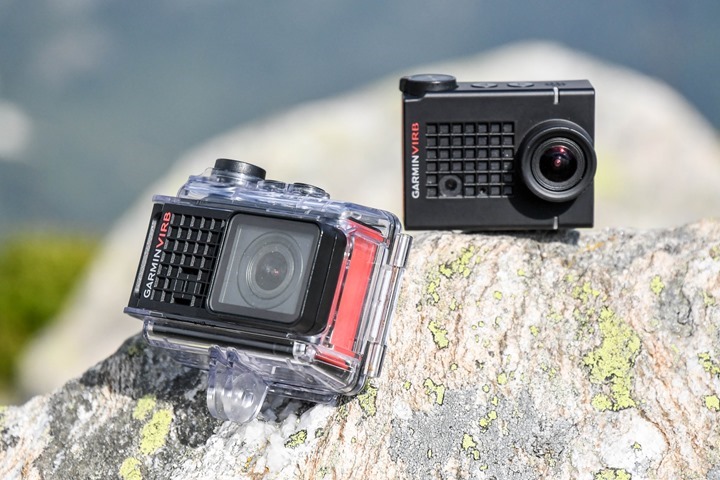 Update: My In-Depth Review is up! Check it out by clicking here.

Today, Garmin released their newest action, the VIRB Ultra 30. This 4K action cam is capable of rivaling the GoPro Hero4 series, as well as the rumored specs on the upcoming GoPro Hero5 units.

It’s got a ton of new features aside from the noted 4K capabilities, they include:

In a nutshell, it mirrors the hardware specs of the GoPro Hero4 Black from a resolution standpoint, but it exceeds them handily when you talk about aspects such as GPS, accelerometers, live streaming, and so on.  Basically, anything software-focused the Garmin takes the cake on (today anyway).

Below is an example of the new overlays, while also using the new overexposure display options.  The areas highlighted in red indicates overexposure.  Meanwhile, I have it set on travelapse mode as noted at the bottom left. 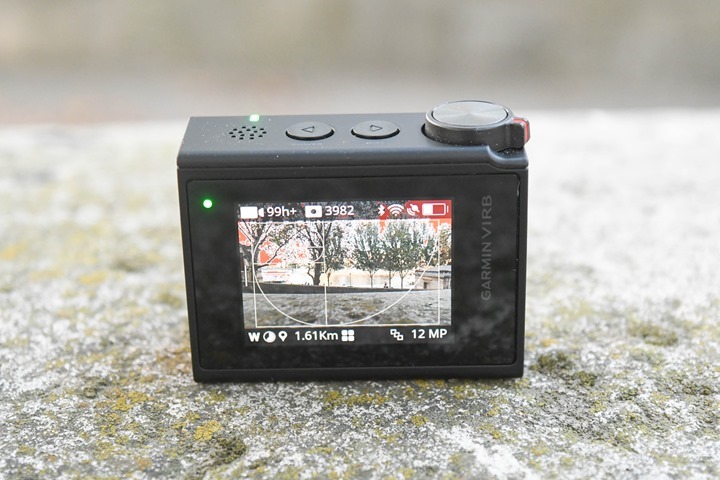 Now, I have an *awesome* in-depth review for you with tons of amazing footage – footage attached to drones in Ibiza, paragliding in the Alps, driving the coastline of the south of France, and riding in Paris to name a few.  It’s probably one of my coolest in-depth reviews in a while based on a lot of time with the camera(s).  In fact, this recent video shot underwater was actually filmed on the Garmin VIRB Ultra 30 – including the impressive audio bits underwater.  Same goes for many of my Strava activity shots over the last while. 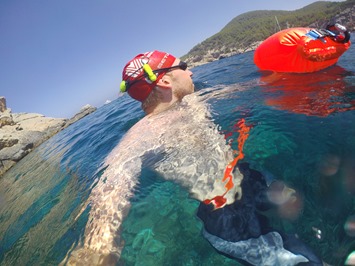 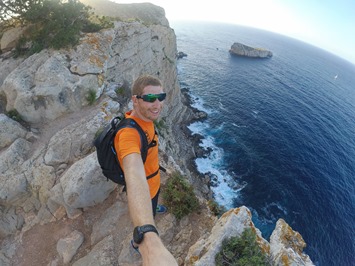 Basically, I’ve got videos out the wazoo to publish/upload.  The first one is now up though – and here’s a look at the GoPro Hero4 vs the Garmin VIRB Ultra 30 (which includes a great overview of all the new VIRB Ultra 30 features):

But alas, my WiFi here at Eurobike is the pinnacle of crap.  Well, it was great, and then thousands of people descended on this little village for the day and it went down the crapper like a bout of food poisoning.  So unfortunately you’ll have to wait a wee bit longer, probably later tonight European time for the pipes to unclog (Update: Slowly but surely getting things up, but it’s very slow going for the 20GB+ of footage I have to upload.) 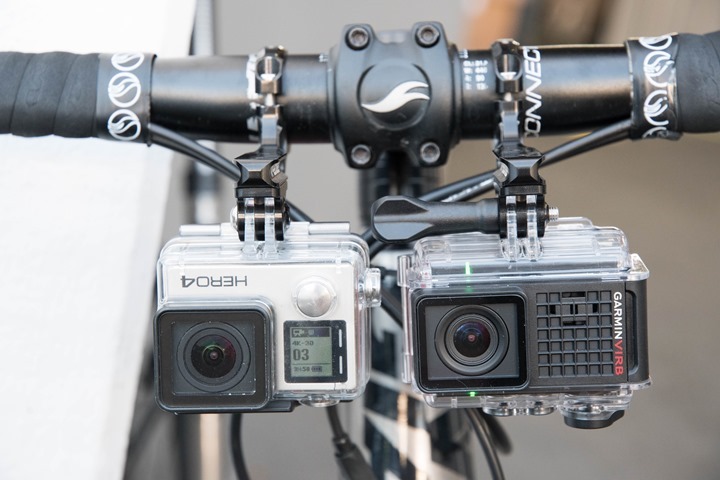 Overall, the two paragraph summary of my pending review (until the interwebs cooperate) is that I’m really impressed.  This is clearly Garmin’s best action cam release to date, and to me it says they finally ‘got it’.  I’d go as far as saying it’s the best fitness/outdoor product they’ve released this year, if not in the last two years (I can’t think any further beyond that).  While I gave them a hard time last year with what I viewed as a flop on the VIRB X/XE action cams, this time they definitely got it right.  As one who has repeatedly said that they’d have to pry my GoPro Hero4 Silver out of my cold dead hands, I’m pretty much happy to give that up and make the $499 VIRB Ultra 30 my day-to-day action cam.  Well, at least until I see what the Hero5 looks like.

Hang tight and I’ll put a note out as soon as all my in-depth review goodness posts!  Also, stay tuned to YouTube, because as soon as my VIRB related videos upload there, I’ll let them be listed as live (though, it currently says 4 days).  And, later this evening for an evening ride I’ll try out the live streaming while riding piece via my phone, following my DCR Live Stream session I’ve got planned.

Note that the unit is shipping effective immediately from Amazon, who has a 30-day exclusive for the camera within the US (I don’t know about other countries yet).  Whether or not it’ll be widely available isn’t clear, but as of this writing there were units in stock and people were buying them for next day delivery.

…oh, and sorry for the delay!