Another weekend, another one jam packed with interesting things.  And, what you see below is only about half of it!  A lot of photos and activities didn’t make the cut unfortunately.  Gotta keep it short…er.

1) Explored a bit more of Portugal, then flew back from Lisbon

My weekend started at the end of Thursday after finishing up a few days worth of work meetings in Lisbon.  So Friday The Girl and I headed north of the town to check out a well known castle (Palace of Pena) along with a few seaside towns.  The gardens around the Palace were pretty awesome, as well was the Palace itself: 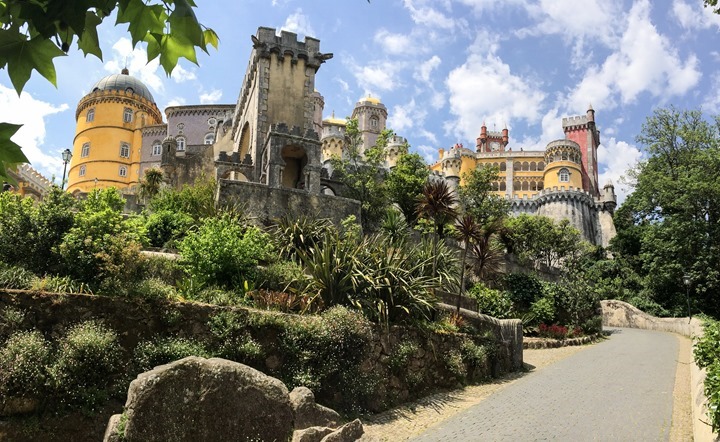 From there we headed down to Cascais, to enjoy a few hours wandering around and relaxing (and picnicking): 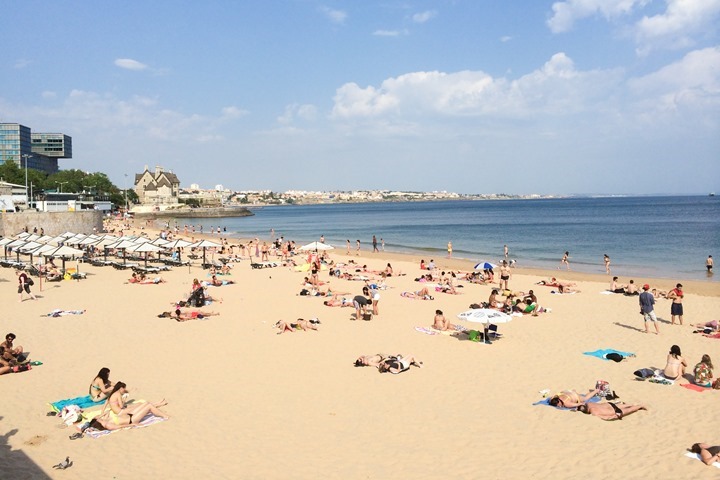 After that it was off to the plane and up into the air for the 2.5hr flight back home.  Unfortunately, due to airport curfews our flight got diverted from landing at Paris Orly (the close-by airport) to Paris Charles de Gaulle (the not so close airport).  And, it got delayed a few hours along the way.  Bummer.

2) A nice warm evening tempo run around the city 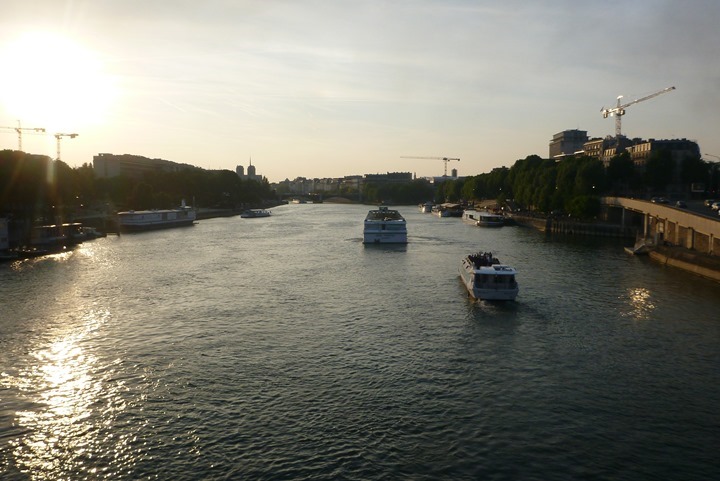 My schedule called for a fun tempo run on Saturday.  It was a 10-minute warm-up followed by 8-miles at pace (which happened to be 6:35/mile – 4:05/km).  Because it was a rather warm day out, I figured my best chance of having a good run would be waiting until just before sunset.  Given the run would take about an hour I wasn’t really pressed for time.  Plus, sunset right now is around 9:30PM or so.

My route would be a take on my more favorite running routes – hitting up most of the main attractions of the city, such as the Louvre: 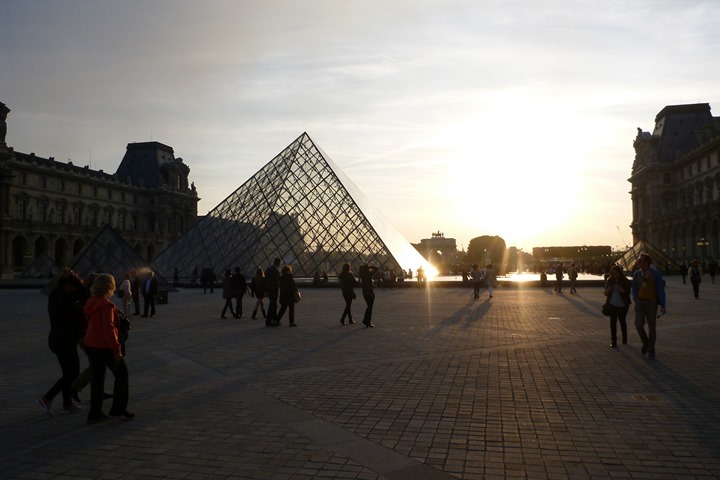 Then from there running down the tree-lined bike & pedestrian/running paths along the river past the famous Pont Alexander III and its golden statues seen in countless movies. 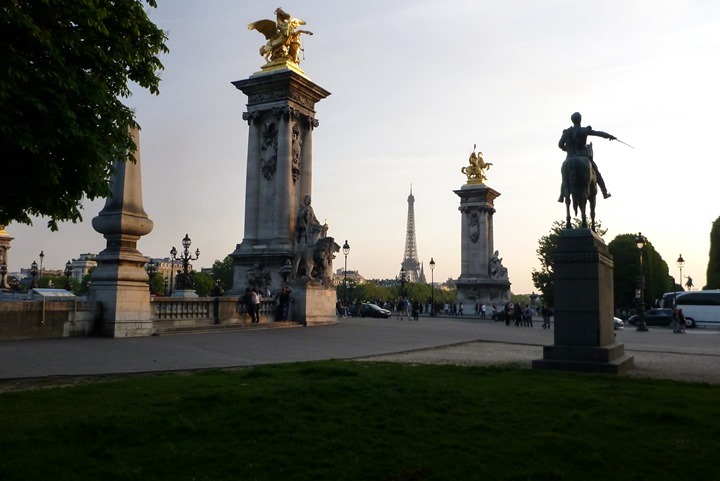 I’d loop under the edge of the Eiffel Tower and then back out through the gardens there and Invalides before finally ending up a block or two away from Notre Dame (home).  It’s here under the shadow of the gigantic Apple iPhone billboards that I’d wrap up with a handful of short sprints. 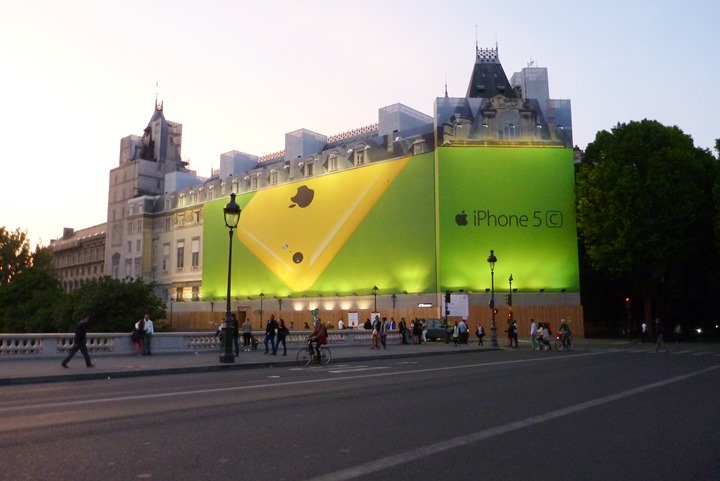 This sign is interesting for two reasons.  First, the entire side of the building is actually fake.  Most of the buildings in the historic areas of town will recreate the building’s façade while under construction.  Notice the top and left edges.  Yup, all just a giant mesh covering.

Second, the iPhone sign itself is funny because there are so many restrictions on ‘the island’ (which this sits) around what you can and cannot do.  At our shop for example we’re under a maze of things we can and can’t have outside or on display due to potentially taking away from the ambiance of the island.  Of course, somehow this massive sign seems to skirt past all those…

After I wrapped up running The Girl had put together a pretty awesome platter of veggies to fill pitas with.  Along the edge she cooked up some chicken breasts with Herbes de Provence (actually from the region), and then fresh pitas from the Lebanese place downstairs.  Only a 1 Euro for a big bag of them. 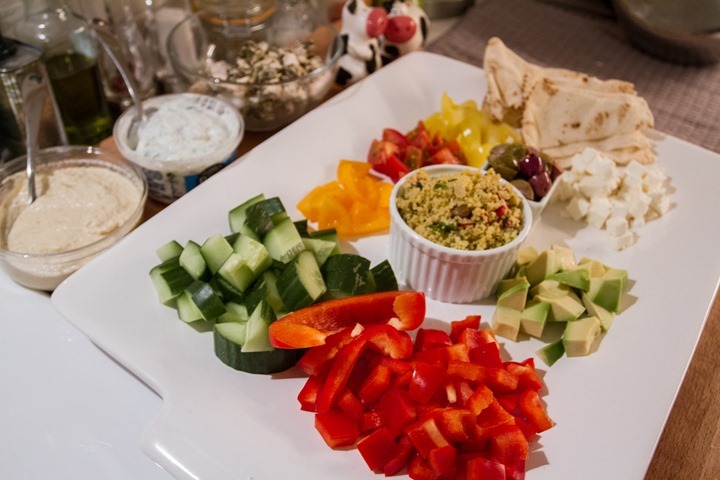 That’s also some hummus, tzatziki, and tabbouleh hanging out to round things up

3) Watched the start of a 50K event at midnight

After finishing up dinner we had a short bit until the start of the Marche de La Bievre.  The 50K trek begins at Notre Dame and then ends roughly just outside of Versailles – taking the least-direct route possible (I regularly run it in about half that distance).

The event starts at midnight at the church, so it’s only a 60 second walk out to the start: 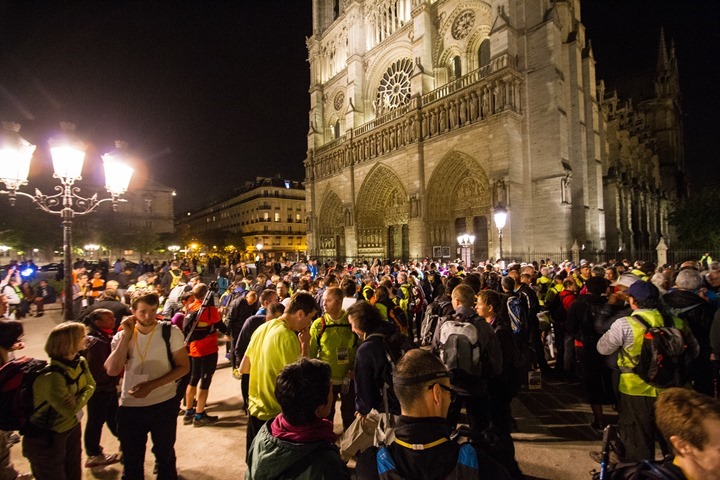 There were many hundreds of people – mostly teams – ready for the ‘march’.  It’s not really a running race.  And in fact, I’d guess that’s highly frowned upon. 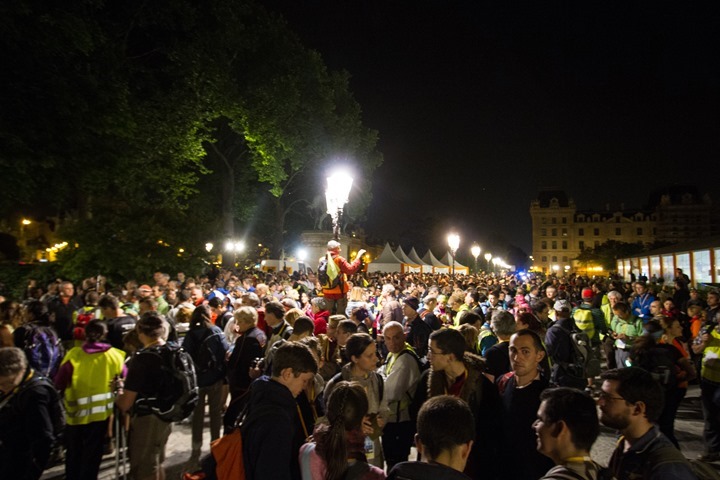 Most of the participants were a bit older, and most of them didn’t really look like the type that you’d see at an Ultra Marathon, nor the pointy-end of a running race.  The crowd was there for the experience of trekking through the city in the night, rather than as a competitive event. 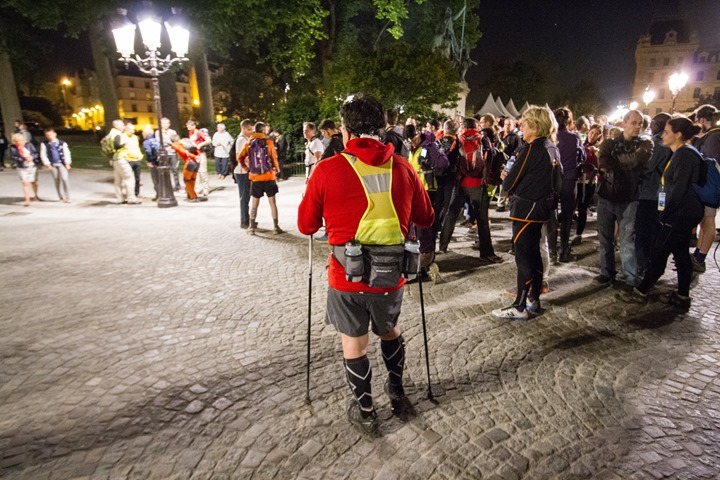 In typical French ‘race’ fashion, there was approximately zero fanfare leading up to the start.  No count-down, and in this case not a single noise-making device was used.  Instead, the man in orange just abruptly and randomly stormed off with his stolen airplane parking signal light and the group stumbled to follow him. 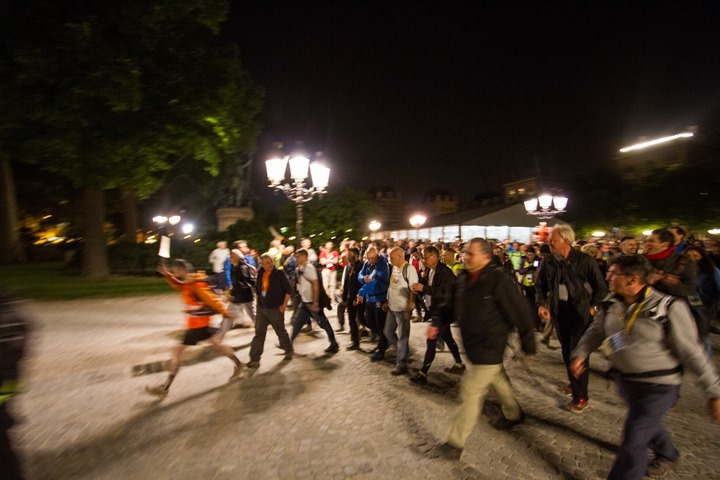 And just like that, a few hundred people headed off across the Parisian streets with zero police escort.  Basically like a giant protest march…without protesting.  Ironically swirling right behind our apartment before heading south. 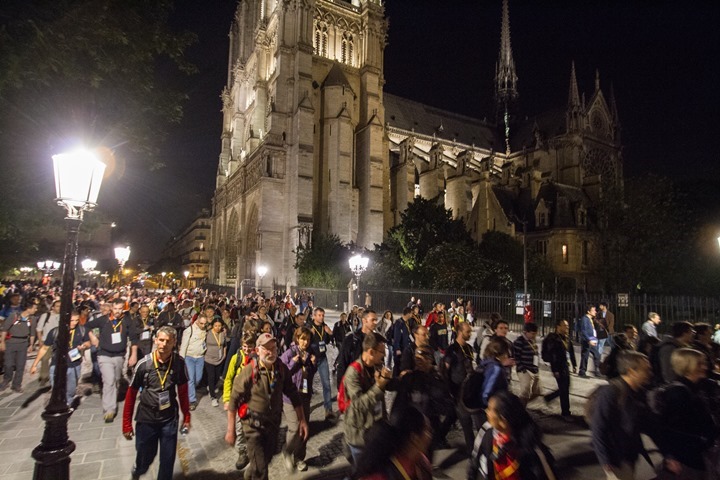 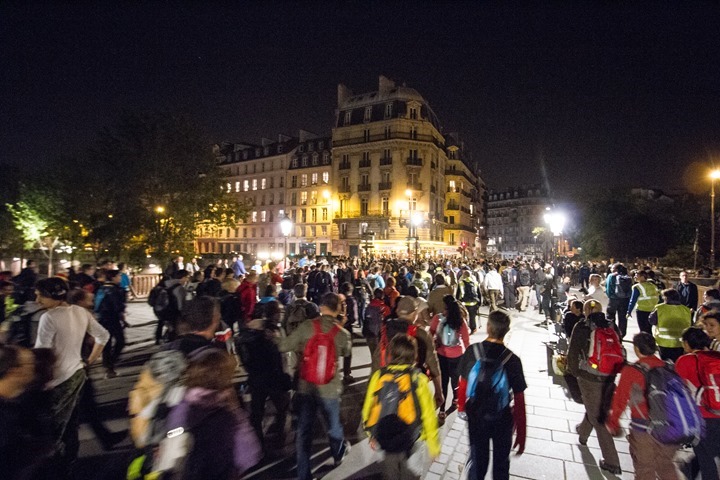 The march actually allowed you to start at different points along the way – at a 30K and 20K marker as well a bit further south at various times in the morning.

While they marched off into the night, The Girl and I went for a nice walk around the islands, enjoying the warm weather along with many others.  The below photo, taken around 12:20AM looking back towards Notre Dame: 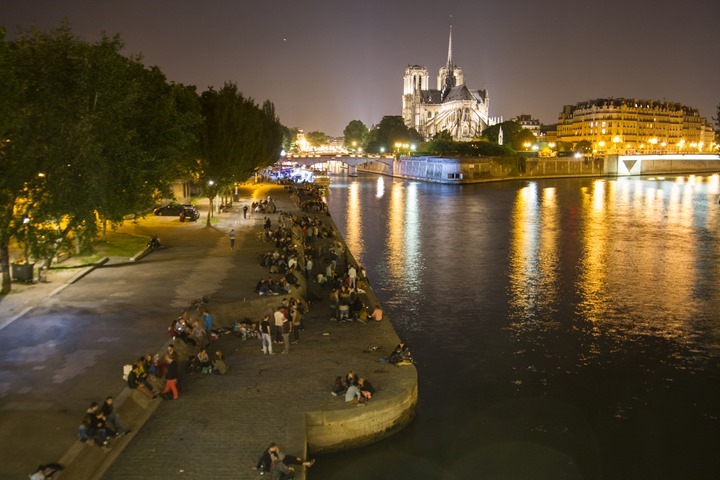 4) Riding to an openwater swim

The next morning I got up sorta-early and rode my bike a little bit out of the Paris city limits to a spot along a river (not the Seine) for a nice swim. 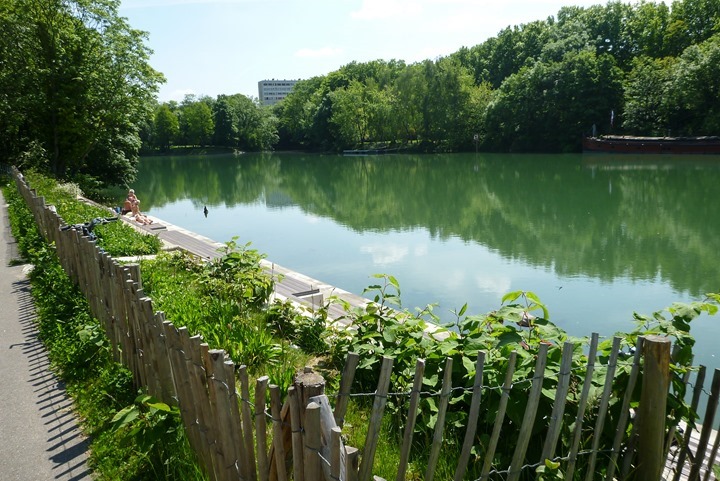 The swimming/sunbathing spot was built (or perhaps rebuilt) last summer, and plenty of folks would be there mid-day, hence why I went a bit early and locked up my bike before any crowds got there. 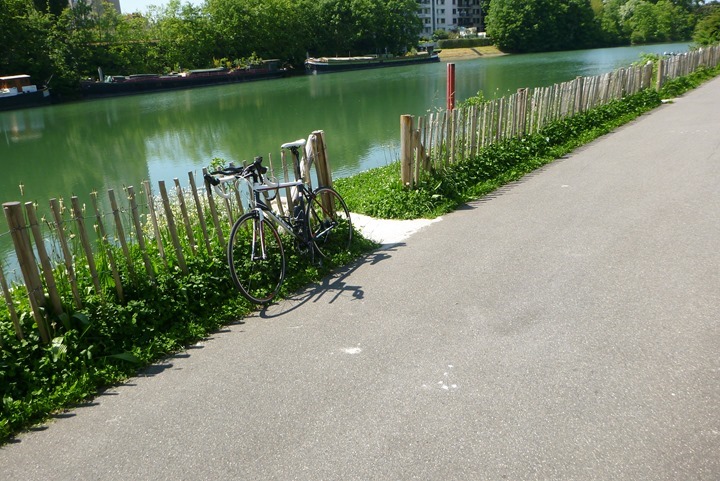 In the spot it’s positioned, it’s really only accessible via bike, running, or walking – which makes it rather quiet. 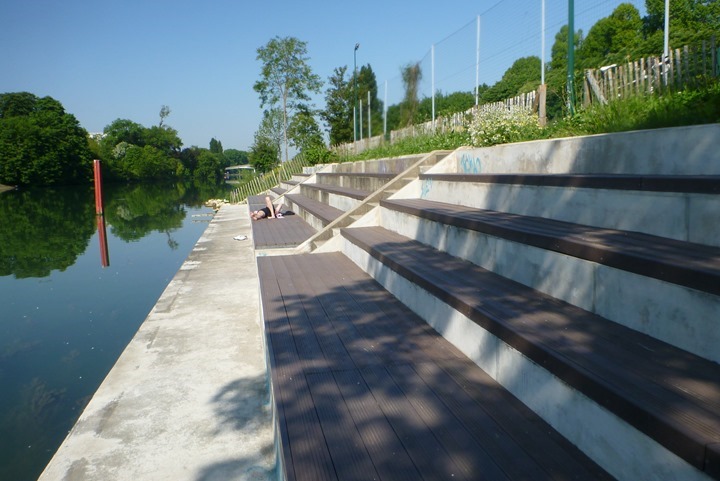 While I had the below watches out and was using them – they actually weren’t the focus of my test.  They were just there performing a supporting role. 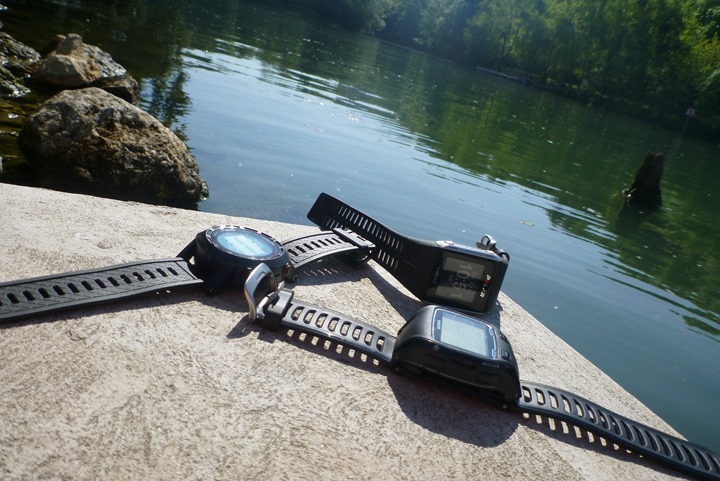 Just like my handy dandy little swim buoy – ensuring I didn’t get run over (no boats came by though during my time there). 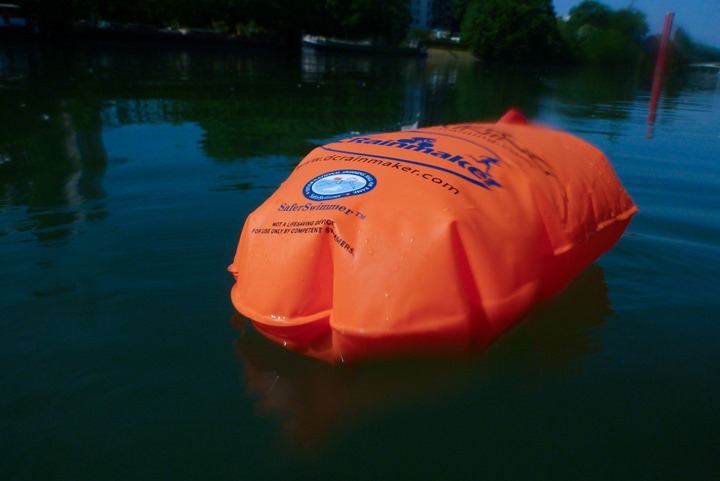 Instead, you’ll have to wait till tomorrow to see what cool stuff I was testing.

After I was done I just simply hung out and enjoyed the sun for a while.  Well, the peaceful quiet and the sun. 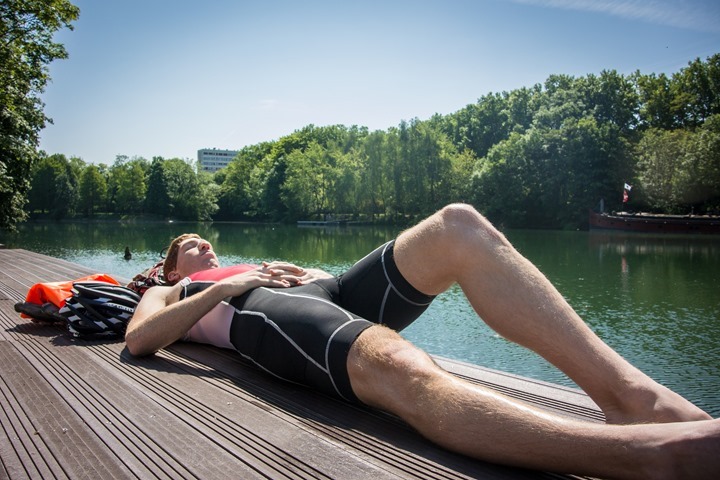 From there I biked on back home into the city.

5) Unpacking a slew of gadgets

As part of my Saturday catch-up from a week away I went through and unpacked a slew of boxes that came in over the previous 5 days.  For example, the Garmin FR15 showed up: 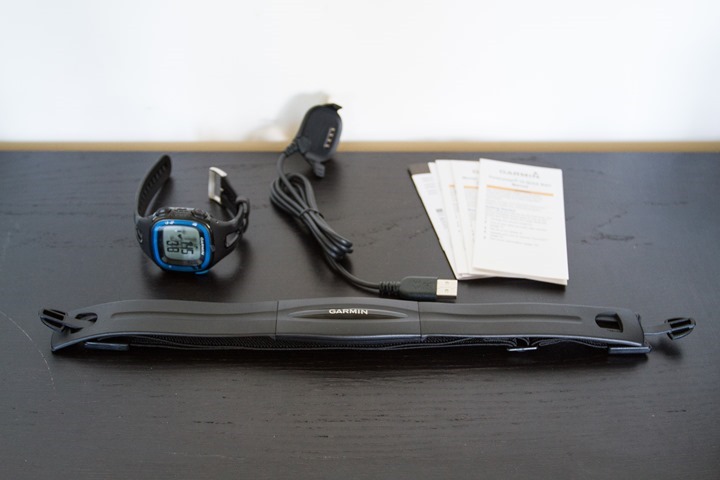 I used it on my run Saturday night (no problems), as well as just wandering around the city. 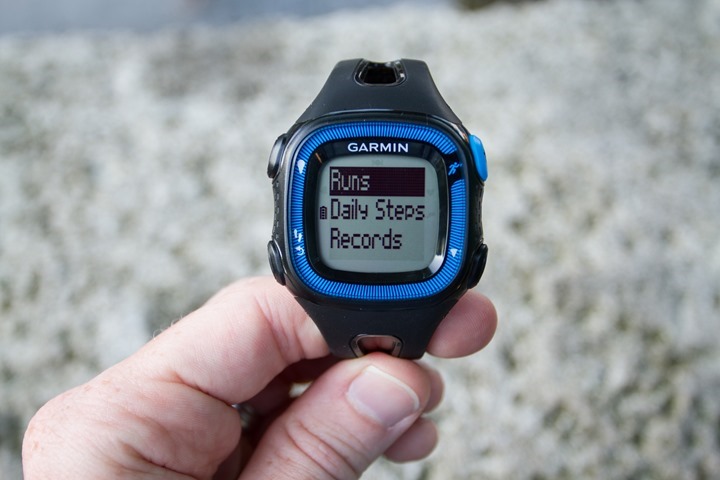 So far so good there as well (daily step/activity tracking mode): 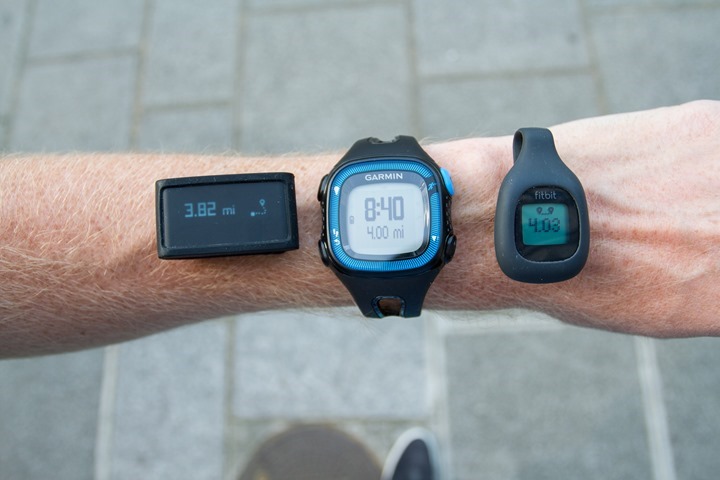 I’m planning a review probably in about 1-2 weeks, assuming nothing odd comes up.  I’ve also dumped a bunch of photos into my FR15 preview post, showing various ‘new’ FR15-specific things not seen on the FR10.

Next, I unpacked and got a first couple rides in with the new Garmin Edge Remote, which currently pairs with the Edge 1000 to control pages, start new laps and then adds a customizable button.  The package comes with 2.5 mounts.  I say 2.5 because it has a small bar mount (ideal for tri/TT bars), plus the rubber band one that can be used two different ways. 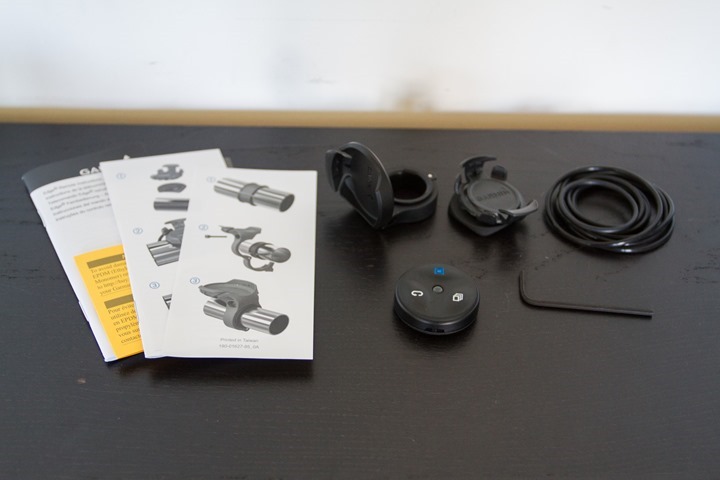 Since my main tri bike is in the shop getting all Di2’d up, I took out my road bike and attached it there. 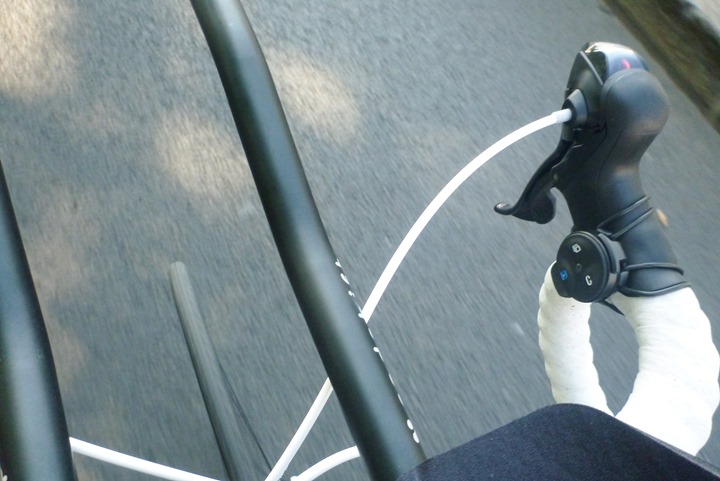 It’s actually interesting how quickly you start using those buttons instead, especially the lap button – but also switching pages.  For example, I used the customizable button to automatically change to the ‘Map’ view. 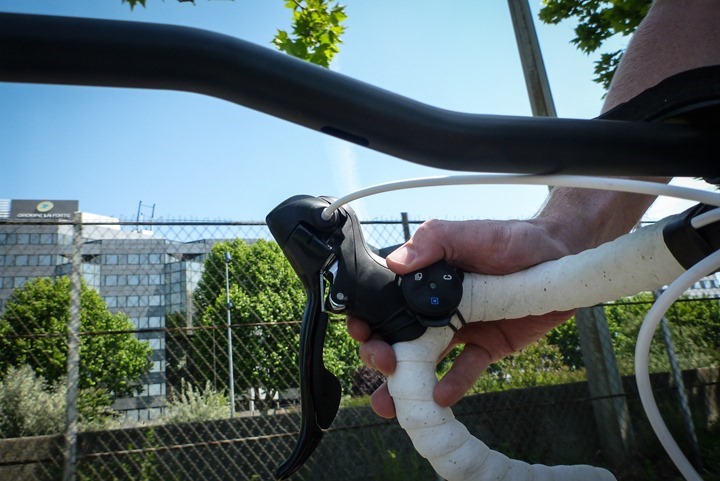 Ultimately though I think the buttons are most useful though not in a road-bike configuration, but really in mountain biking and triathlon where you may not be in a position to press buttons (especially mountain biking).  Hopefully though we’ll see Garmin add support to other Edge units (ideally at least 510/810). 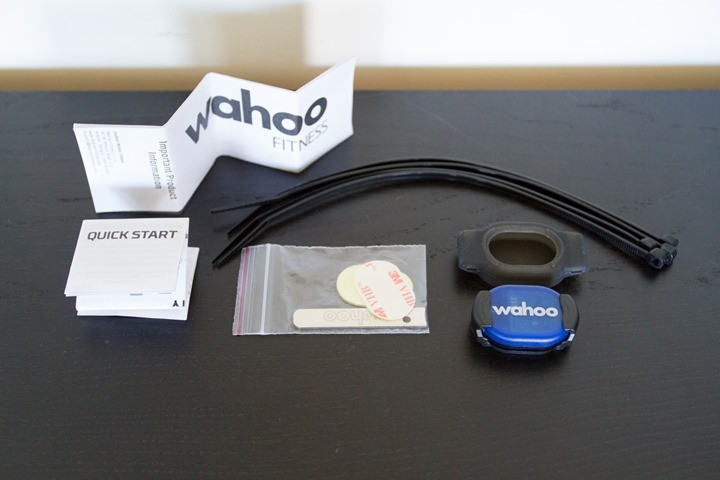 The unit comes with a new shoe-pod clip as well that works on both running and cycling shoes, making it perform for gym exercise bikes or spin bikes.

For that, I uploaded a slew of photos into The Queue, so you can go check them out there.  Availability of the unit is expected mid-June, so it’ll likely be at/around that timeframe for a full In-Depth Review (focusing on accuracy). 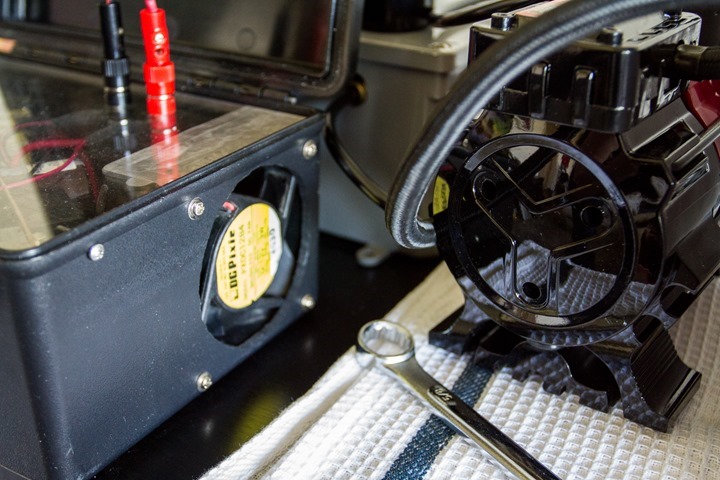 Finally, since I promised to provide another hint in what exactly arrived back a few weeks ago that’s going to be used to test devices in all sorts of new (and painful) ways, I’ll give you this photo to let you continue taking guesses, at least for a little bit longer before I unveil all the goodness.

With that – thanks for reading, and enjoy the week ahead!