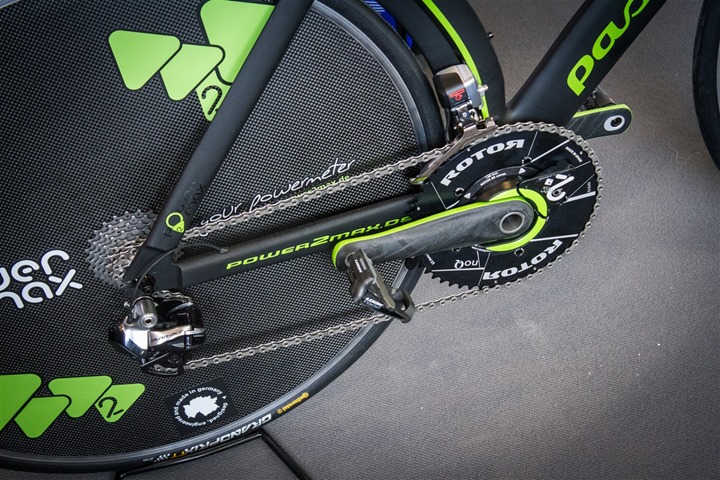 This week at Eurobike, Power2Max has introduced their new Type S lineup of power meters, which expands compatibility across a wide number of crank sets, as well as reduces weight in the unit.  As a refresher, I reviewed the 2nd generation Power2Max models earlier this year, and they did quite well with the inclusion of temperature compensation added to devices in that generation.

The introduction of the Type S lineup makes a few core design changes, starting with a slide-in battery compartment and external LED status.  Below you can see the new arrangement of the battery compartment, which allows for increased compatibility by removing it from the edge of the unit and further reduces weight.  Also, it helps improve waterproofing by minimizing the complications of the previous design with the multiple screws and dueling o-rings. 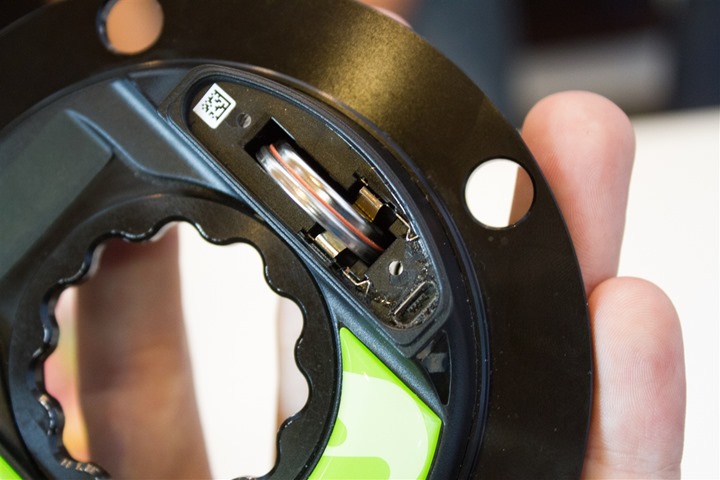 While there is a micro-USB port, it’s not available for end-user use, but rather for distributor/diagnostic use.

Below those little magnet looking items are actually just screw hole covers.  They cover the two screws that go up into the battery compartment.  The left one I’m holding is the backside of the right one. 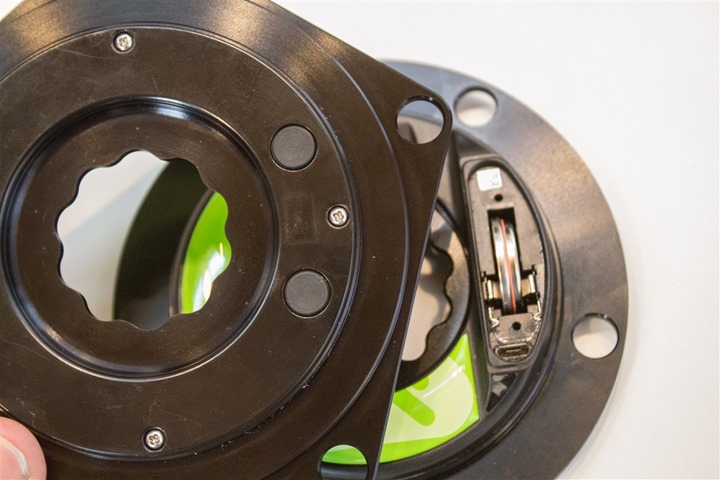 You can see the differences in the two battery compartments below.  The old-school design is to the left, and the new design to the right.  The battery light is illuminated in the photo to the right.  This triggers anytime the unit switches on, as well as for low battery warning. 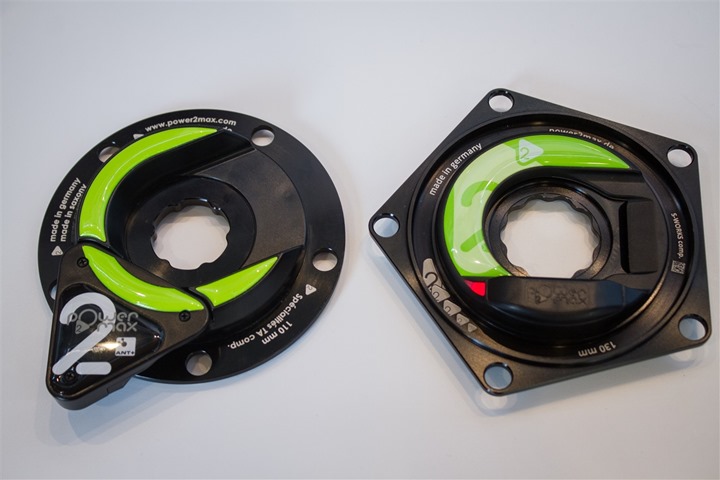 Below, the Specialized S-Works: 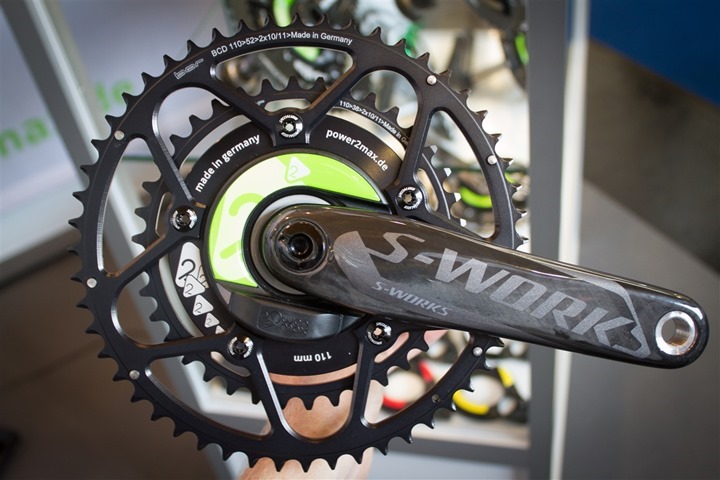 Next we have the 4-bolt Shimano 110 BCD, compatible with 3rd party cranks. 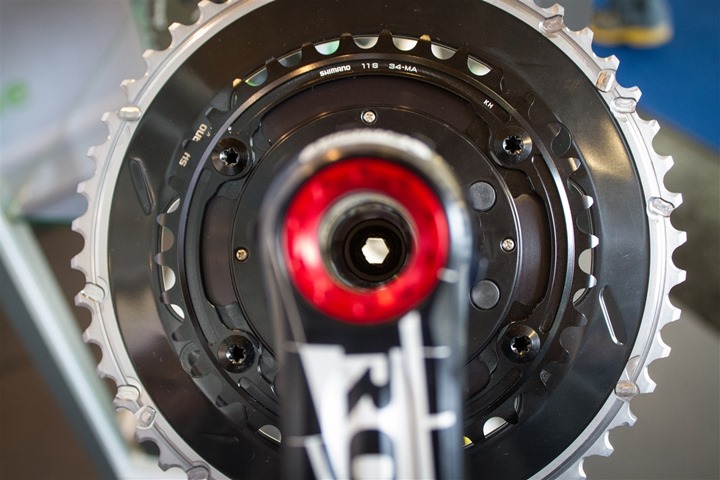 The above new models are in addition to the existing models supporting:

The one exception to that is a FSA crank with the 2nd generation P2M (the one I tested), for $899US – and $999US with the chain rings (basically everything).  This is only within North America. 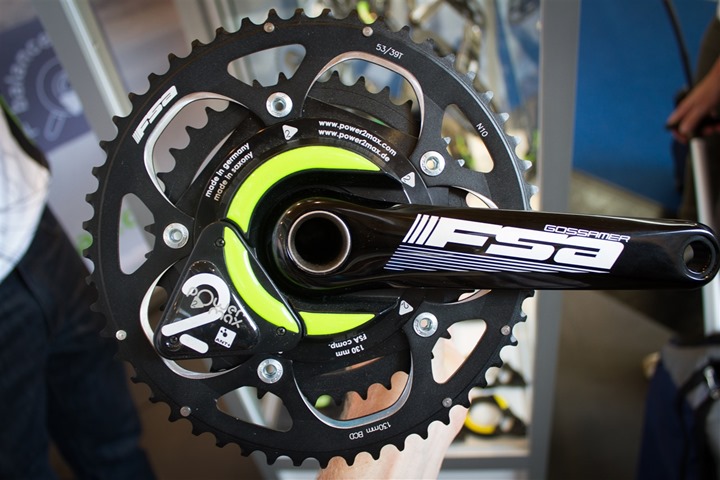 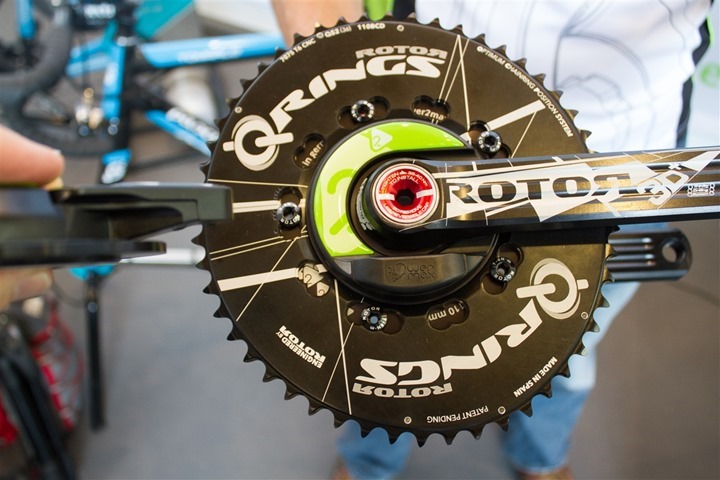 Note that all Power2Max power meters produced these days include estimated left/right power balance, use ANT+, and report cadence via an internal accelerometer.  All also include temperature compensation and factory calibration done across a number of temperature ranges (similar to Vector).  Stated accuracy is +/- 2%. 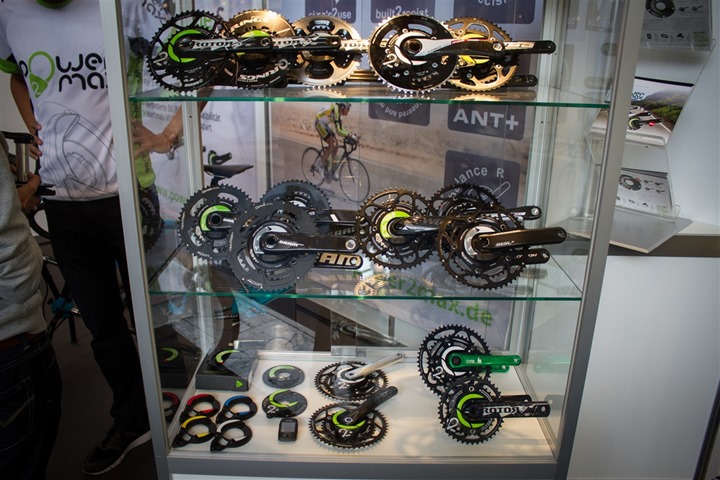 With that, if you’ve got any questions – feel free to drop them below!  Thanks for reading!