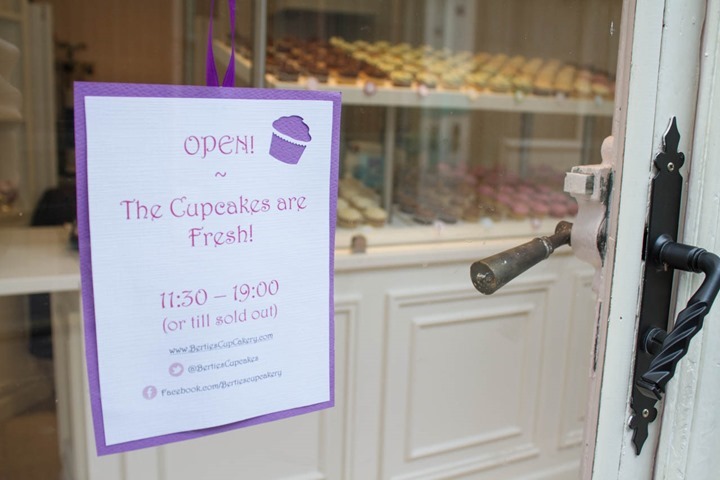 Hello from Bertie’s CupCakery!  Before I start in on all of the news, I would first and foremost like to thank all of the DCR readers who have personally visited the CupCakery or referred their friends & family to the shop during their travels through Paris. I can’t tell you enough how excited I am when a fellow reader pops in and says “Hi, I read your husbands blog and…”, I think it’s so cool and it means a lot!

As you may have read in an earlier post about our opening weekend, opening the shop was one giant adventure! We had lots of great friends who came through in the crunch time and helped with everything no matter how big or small the chore!

Now since some time has passed and I’m feeling more at home in my little kitchen thought you might appreciate some updated pictures of the shop, shop exterior, and my Christmas decorating!

Big celebrations took place when our signs were FINALLY installed! We had a big waiting game with the city for permission to post our signs. Because we are physically on the island with Notre Dame, rules and regs are much stricter here in effort to preserve the style and architecture. We were accepted without problem or revision, and now Bertie’s CupCakery feels whole! 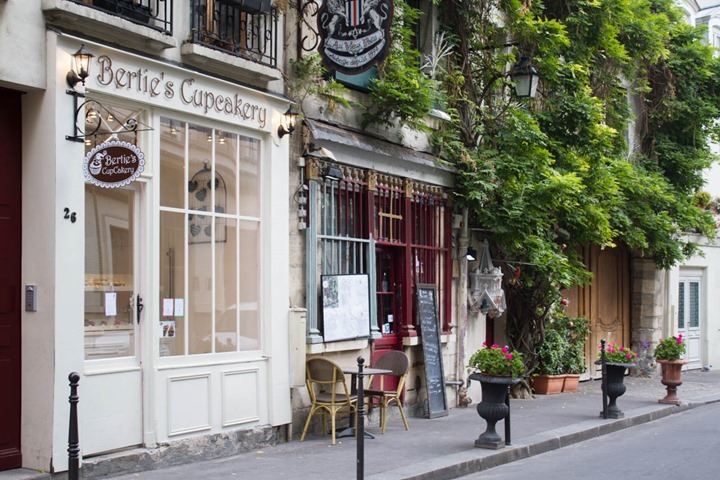 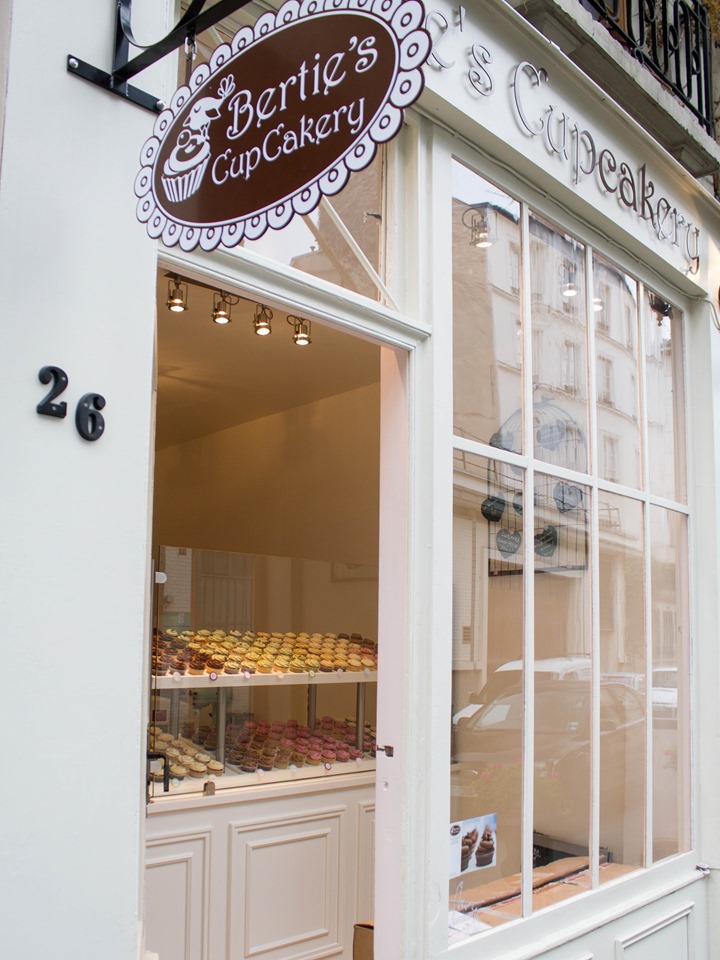 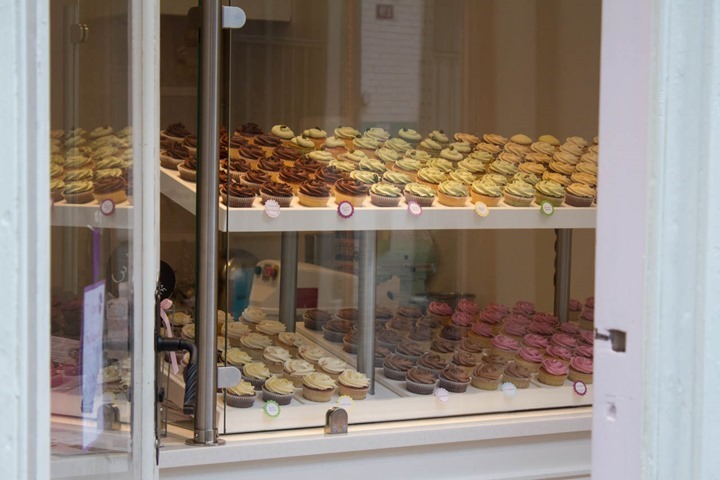 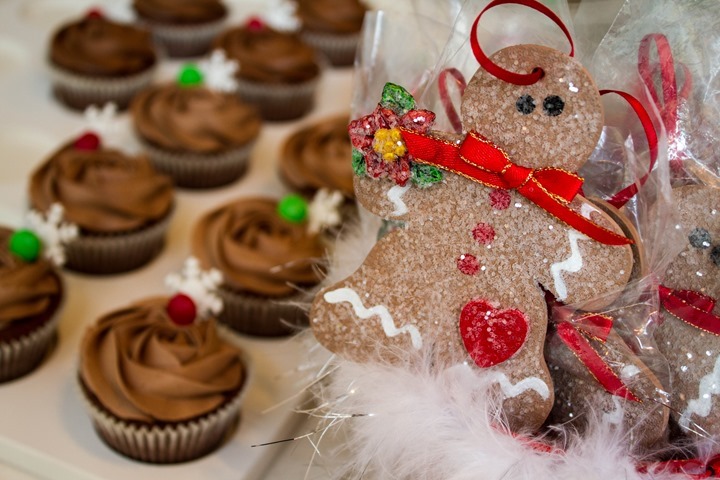 A look at our flavors:

Currently I mostly focus on a predefined set of flavors daily.  Granted there are about 13 different options each day, but for the most part 10 of those flavors have been the same from day one. They are popular and the locals have come to know and love them! You have to remember that cupcakes are fairly new to these parts, so at first I had customers coming the shop simply to investigate what “cupcakes” were. If I had little cupcake labels titled “Chunky-Monkey”, “Rocky Road”, and “Half Baked” I may never have seen them again! Therefore right now, Pistachio-Chocolate, Nutella Banana, Salted Caramel, and Vanilla are flavors that they know and trust and therefore decided to sample these so called cups of cake. 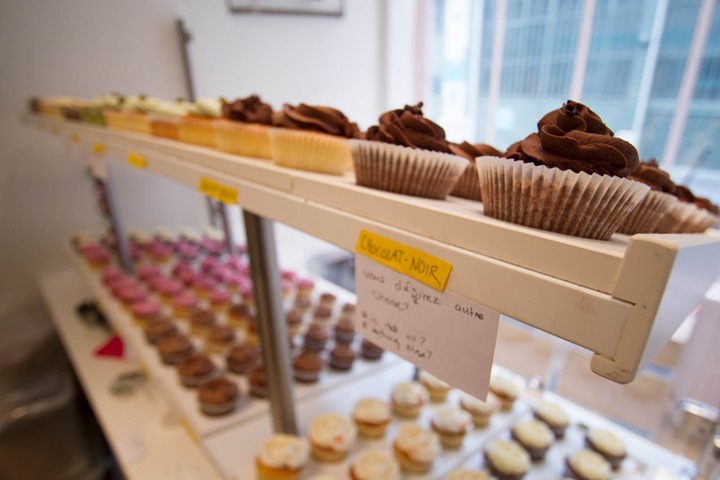 Fighting for the lead of the top selling cupcake are three flavors. Salted Caramel, Pistachio Chocolate, and Nutella Banana. All, in my opinion, are fine choices! 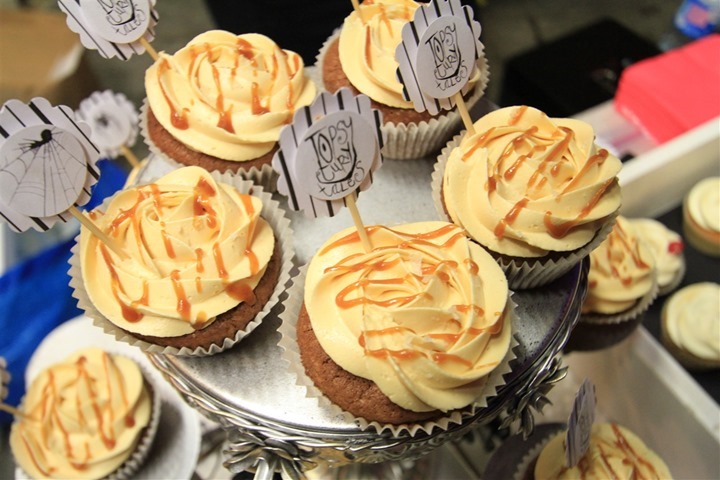 Now that I have these locals hooked on my Americanized creations I have started slipping in a new “Flavor of the Day” or “Flavor of the Week”. This week the mint chocolate chip cupcakes have been a big hit! What I would do for a few boxes of Girl Scout Thin Mint cookies to put on top! 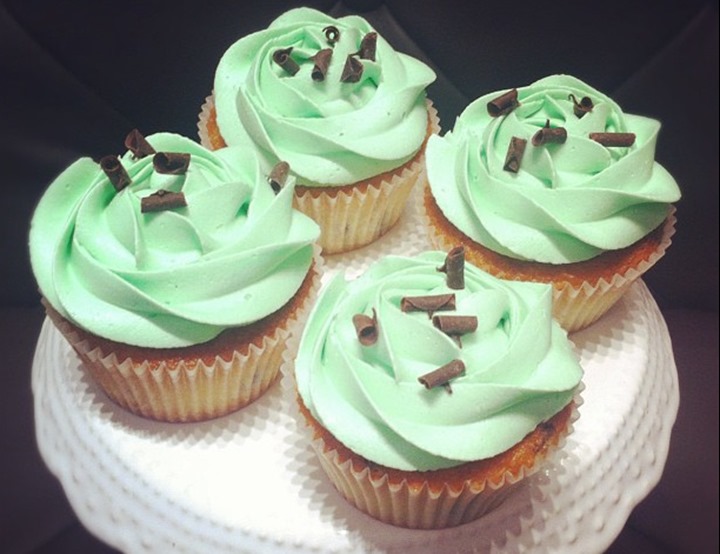 But a real upcoming competitor to the top sellers is a formal “cupcake of the day” flavor who has made it onto the starting line up. Strawberry Lemonade! A strawberry based cake with strawberry and lemon buttercream!

And then of course, we’ve been doing all sorts of holiday related cupcakes over the last month! 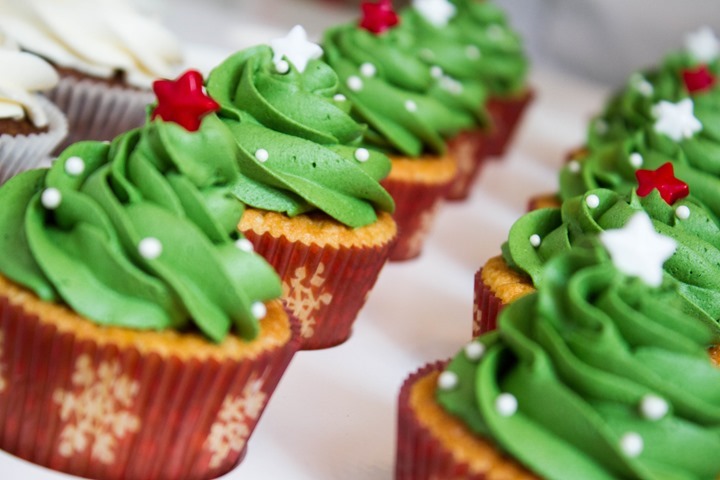 Starting in the new year, I will be introducing some more new flavors that will hopefully catch on. I am particularly eyeing peanut butter. While this seems like an obvious flavor by North American standards, peanut butter isn’t quite the go-to flavor in the pastry world over here. I’m up for the challenge.

December was a great month for the CupCakery as we attended several events and really embraced the Christmas cheer! We started off at the American School of Paris’s Christmas Boutique. I must say that the families I met from ASP are awesome! I suppose because we are all living abroad and experiencing similar issues (like lack of access to Blue Box Kraft Dinner) that it felt like there was an appreciation and understanding for each other. I was thrilled about the amount of positive feedback at the Christmas Boutique; everyone was genuinely excited about finding “real cupcakes”. 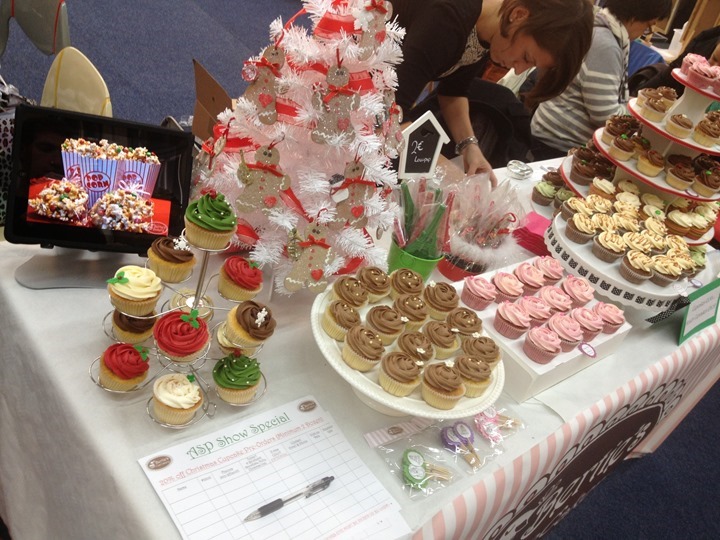 Later the month we were invited to a few events at The Shakespeare and Company Bookstore. 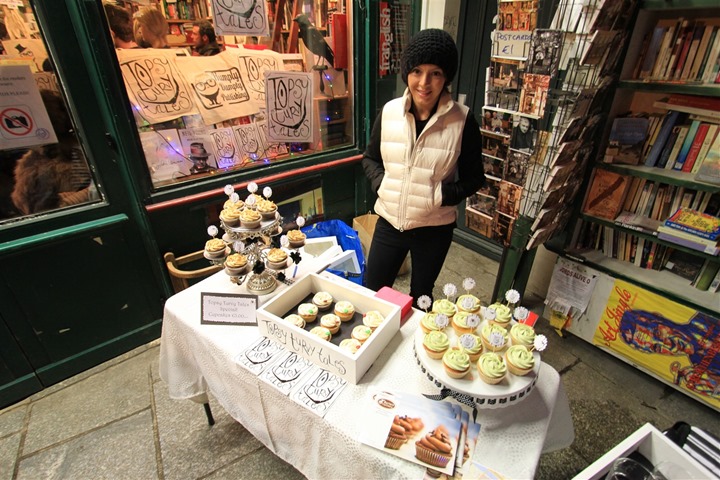 Creating custom cakes for a book release and magazine launch were more great opportunities to get the word out about Bertie’s CupCakery!

See who’s checked us out: 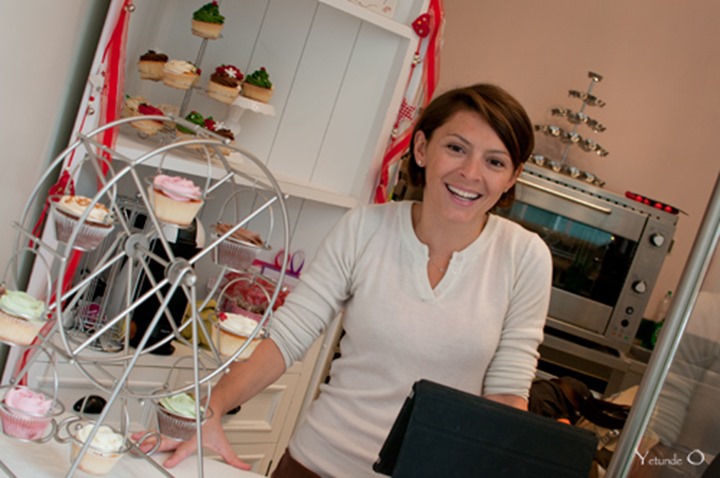 Being married to a blogger I am ever aware of how important media and social media is for a new business. I was so excited when I had a customer return after eating my cupcakes and said “I have to interview you for my blog”. Turns out my customer was a bit of a food critic, married to a professional chef, who also owns a local cooking school here in Paris “Cooking with Class”. I had researched this particular school over the summer when trying to decide what to do with my life! I could not have been more flattered that they had taken an interest in me! If you are interested in what she had to say follow this link to Feels Like Home in Paris.

As you may have realized the CupCakery is currently a one man show. I am here early in the morning baking until later in the evening selling cupcakes five days a week. So there are some days or weeks that I might be off doing something else. Maybe I am at a big wedding show, running a marathon, or simply getting some R&R, regardless of what I am doing I might not be able to juggle two or three things on one day.  Shortly you’ll be able to check the calendar to see if I’ll be around when you are traveling through Paris, or want to place an order. For now though, just check the main page first.

I look forward to seeing everyone in the New Year!