Let’s make this clear up front – Paris is nowhere near a beach.  The closest oceanesque body of water with sand is roughly 200 kilometers away – and the water there isn’t terribly warm either (the nice stuff is down south).

So what do the Parisians do in the hot summer months (aside from close up shop and leave)? They truck in a boatload of sand and setup a beach right in the heart of Paris on the Seine. 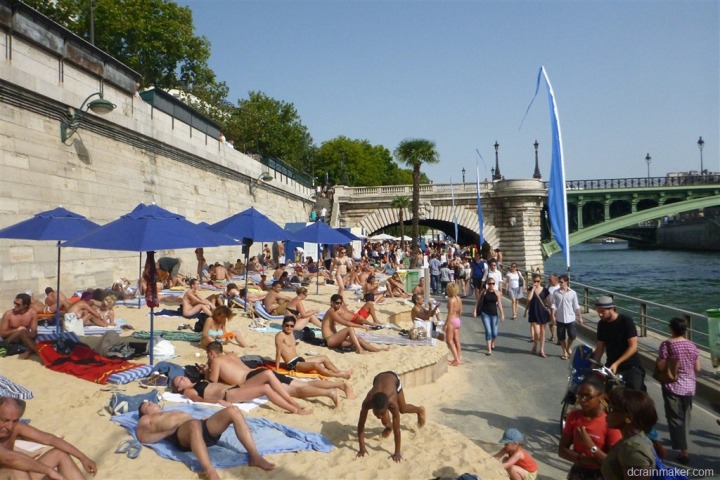 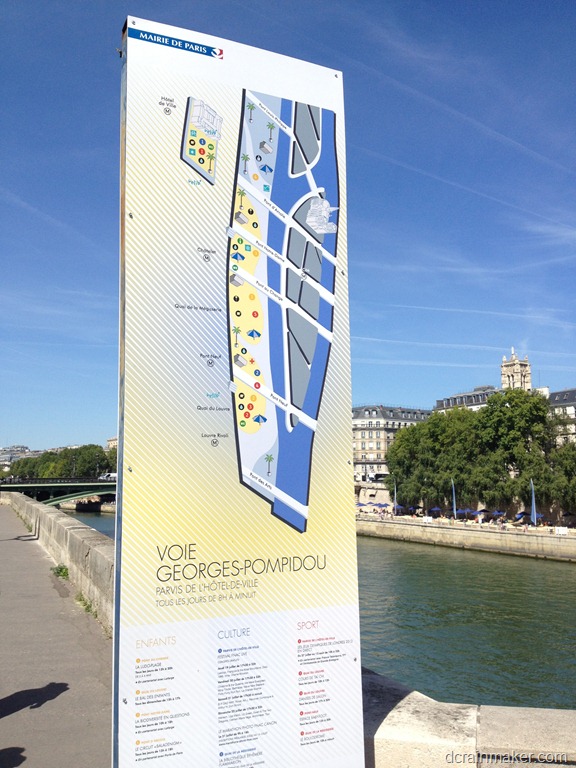 This whole affair is called the ‘Paris Plages’, which translates simply to ‘Paris Beaches’. 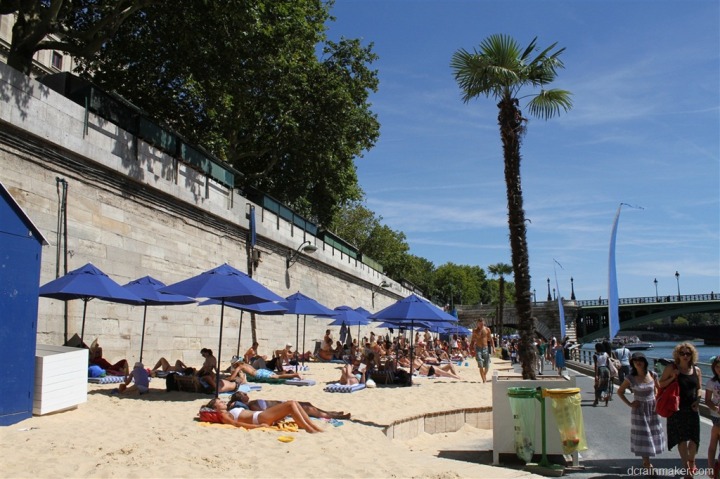 Now, there are actually two beaches – one on the Seine, and one a few kilometers away on a canal. 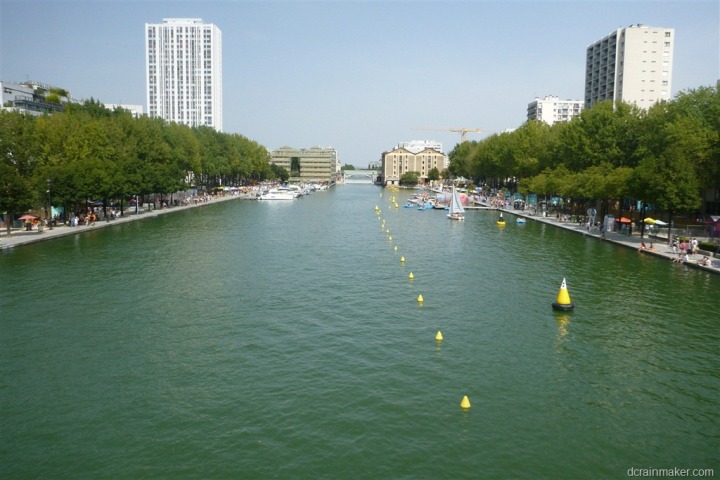 We’ve gone to both, and they somewhat target different audiences.  The one on the Seine is a bit more of a trendy feel, while the one on the other canal is definitely more for families.  The canal beaches have large cordoned off areas where kids can play around in various water toys: 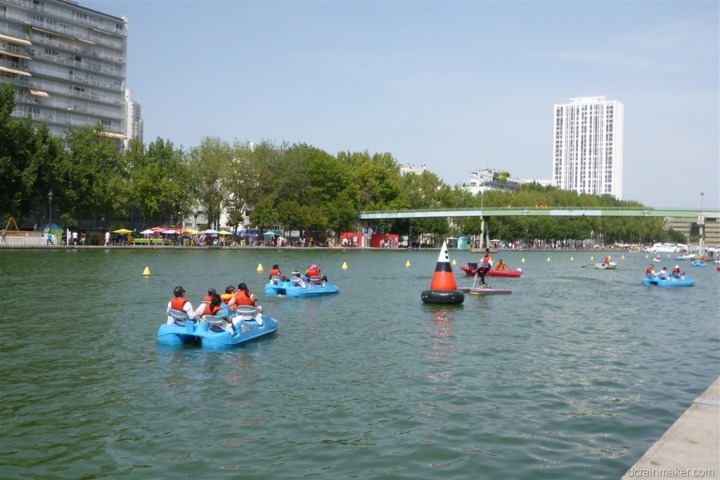 Interestingly enough, neither of the locations had any way to get INTO the water (sad panda).  From looking at photos of past years, they used to pull alongside a barge with a pool in it – but apparently not this year.  We just assumed that jumping into either the river or the canal was considered taboo and not something neither myself nor the Girl should incite (they do hold a triathlon and a long-distance swim in this section of the river).

Instead, they offer both misting stations that you can walk through: 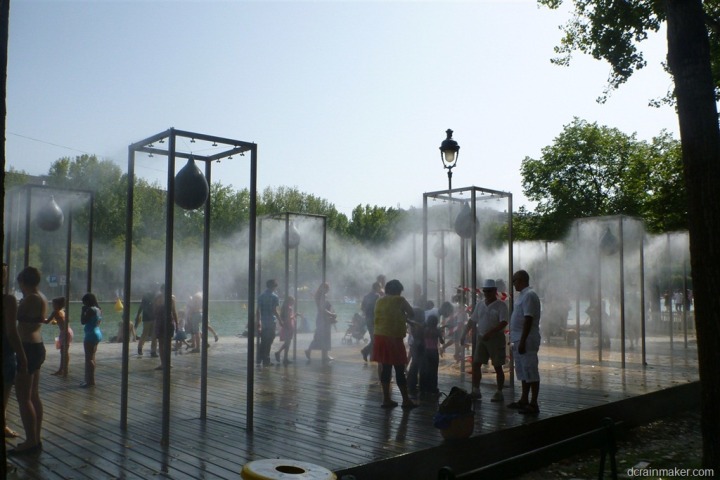 As well as outdoor shower stations.  And let me tell you – when it’s 101*F outside, we were definitely making use of these! 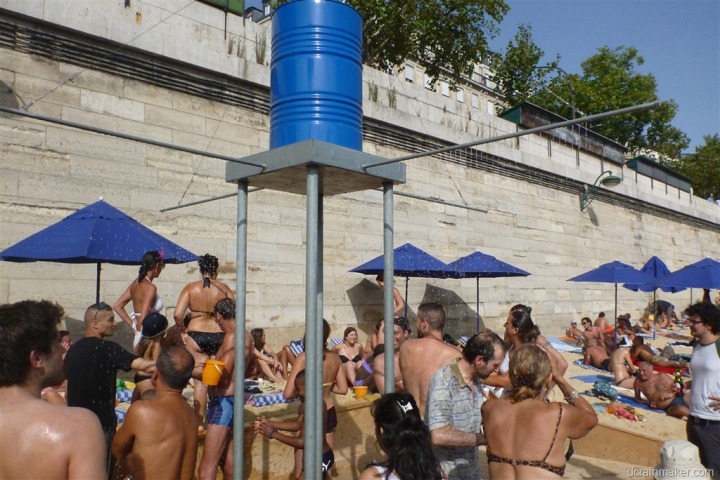 The beach itself is actual legit sand.  They build up a wooden structure on what is normally a roadway (which is closed down) and inside of that they pour a ton of sand.  Well, actually, many tons of sand: 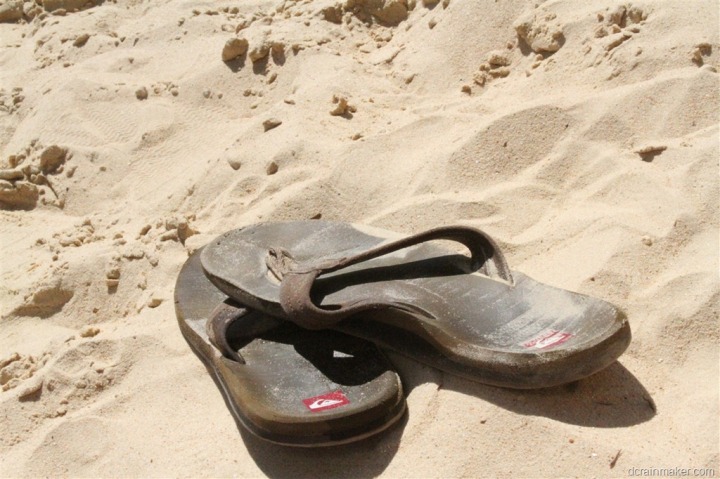 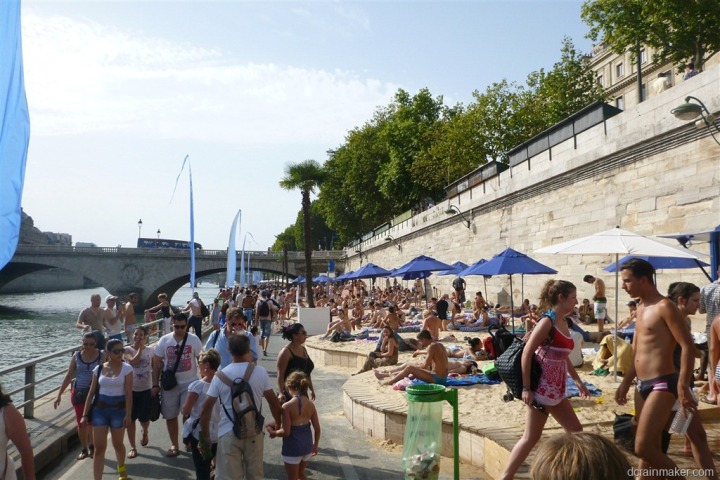 The beaches stretch for quite a ways, the pamphlet says something like 3 kilometers in total, though that kinda depends on how you define ‘beach’, since some sections are more dedicated to non-sandy/sun bathing areas.  Still all good stuff though. 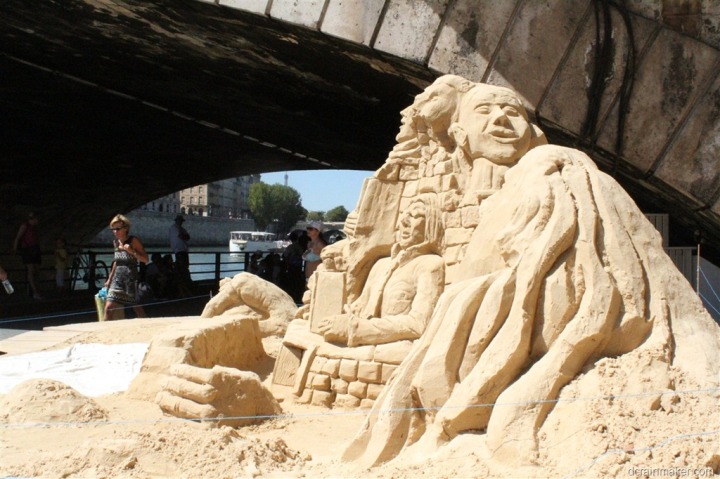 Or, play areas for the kiddies: 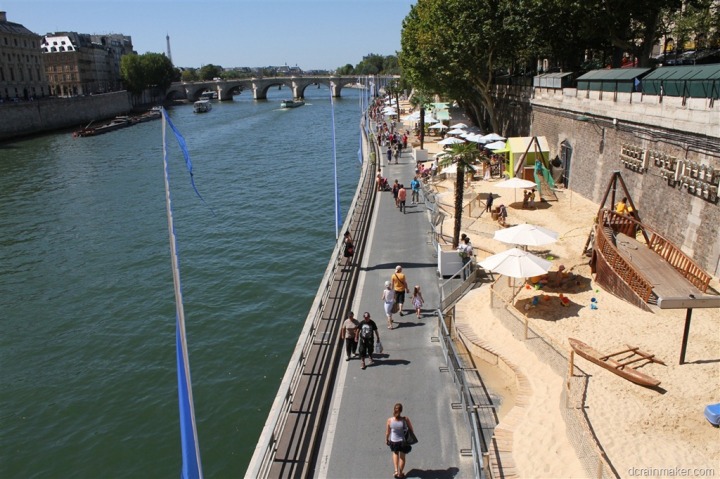 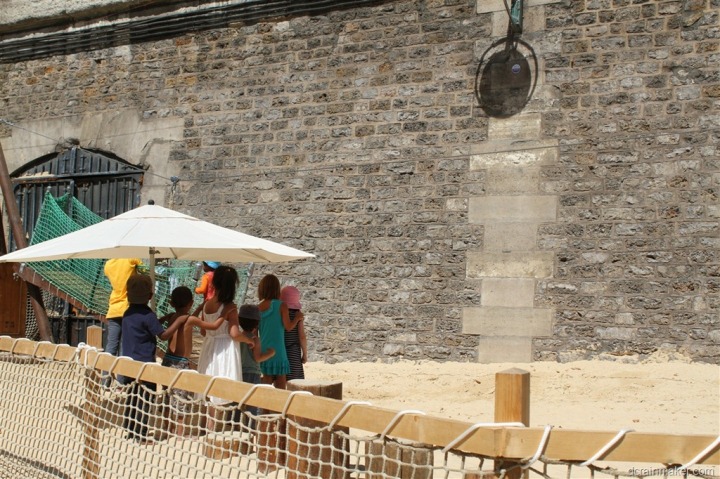 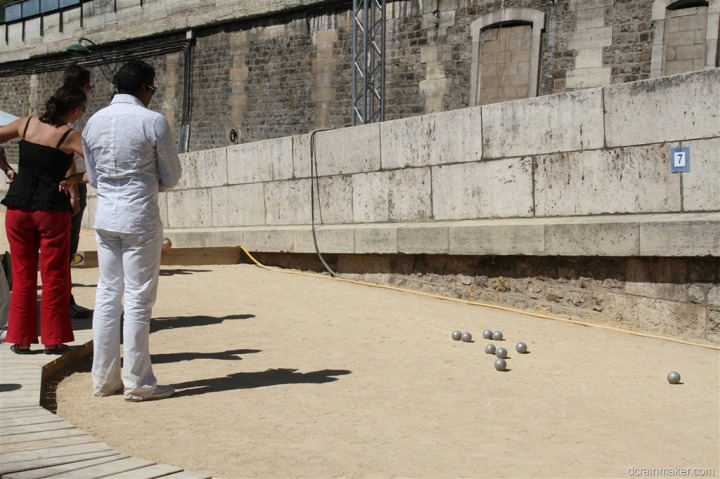 Or just go and get some ice cream: 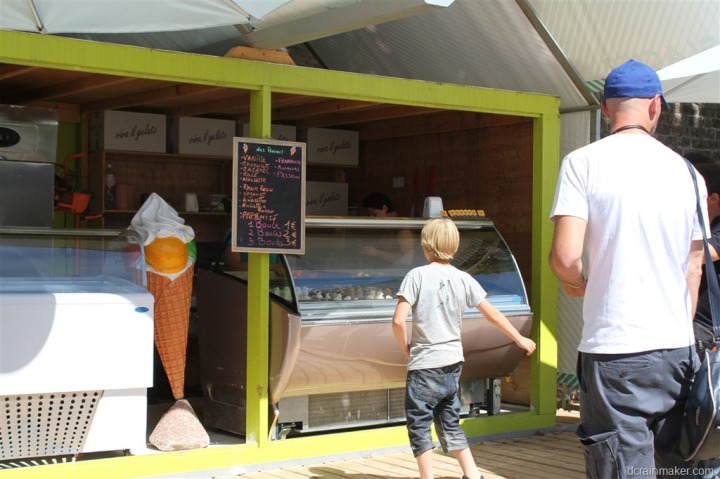 What you are not permitted to do however is go topless (ladies), or wear g-strings bikinis (normally I would assume they meant ladies here, but having witnessed some recent fashions donned by a few gentlemen here, I’m going to just say “apply all”).  Both of which are otherwise common in Europe and France.  No worries though, if you want to do either of those (or see them), you can just go a short bit away to some other areas along the river where nobody minds (to be fair, nobody minds here except the security/police folks). Or most nearby parks in little pockets.  Really anywhere but here. 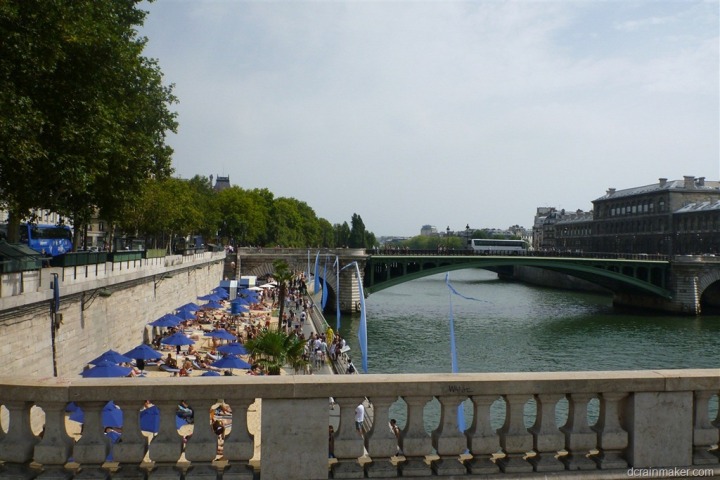 Unfortunately, the beaches closed up shop yesterday (Sunday), and with the weather being so cold/rainy this summer – we only really got about two weeks of good weather for it.  Not complaining tho, it was the thought that counts, and we did enjoy the short time we had on the sandy shores. Come next summer we’ll be out there again!