A weekend in Paris: Chocolates, Cycling and Running

On Friday and Monday, I had/have work related meetings in Paris, so I decided to make it a bit of a weekend, and The Girl came along as well.

From the moment we got off the plane, we knew that trouble was abound – primarily in the caloric balance department.  See, for the most part, much of the weekend revolved around these two items: 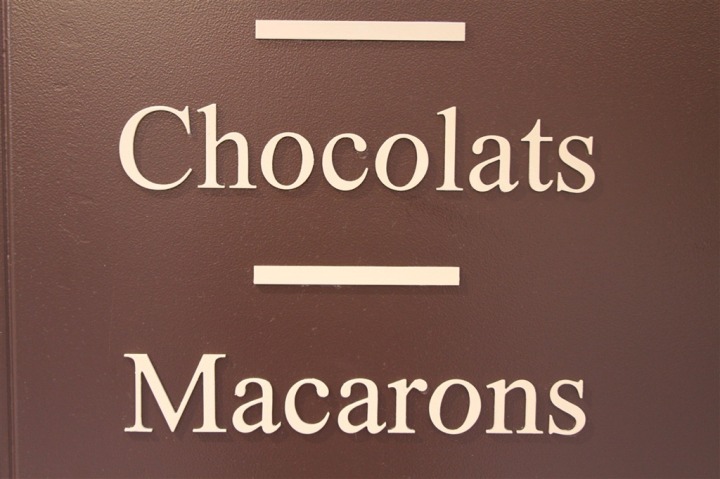 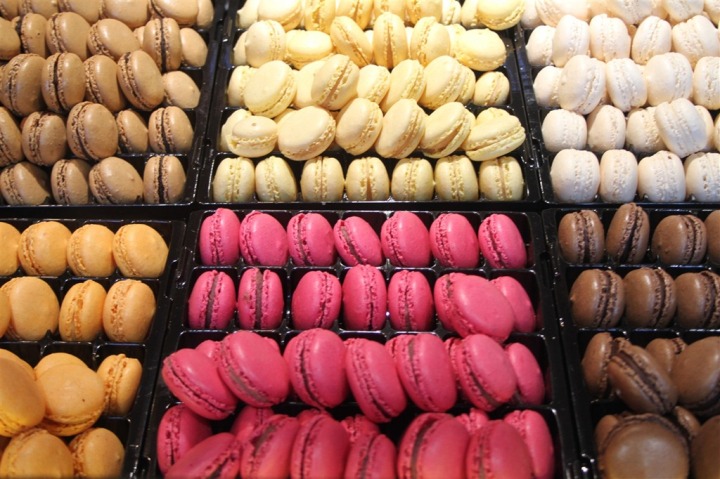 Now, we didn’t discriminate on the pastry front.  If we saw something in a pastry shop that didn’t strictly fall into the above categories, we still gave it a whirl. 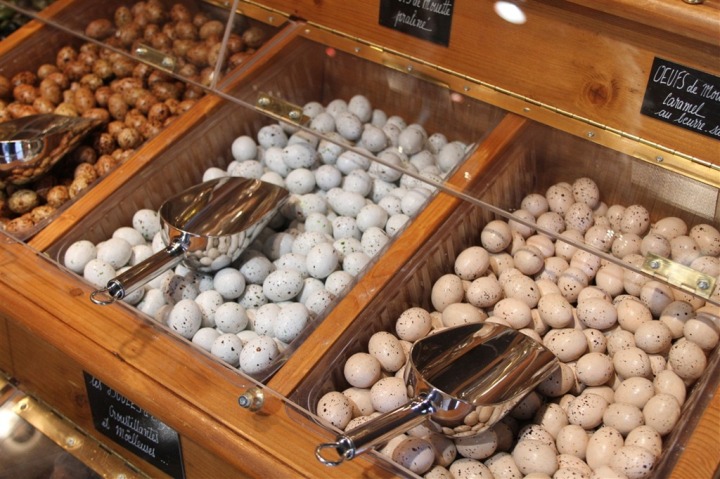 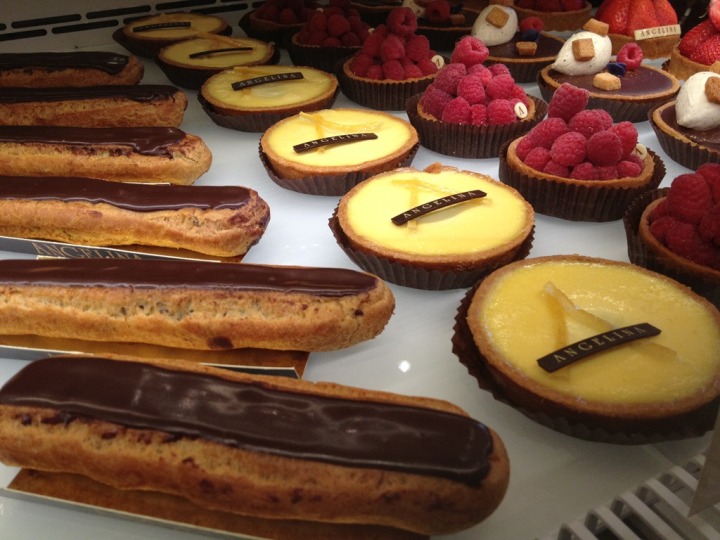 The above location – Angelina’s, is where we had breakfast Friday morning after landing into Paris and before my afternoon meetings.  It had the most incredibly thick hot chocolate.  Numerous folks have told us it has the best in the city – and based on how it tasted, I’d certainly not argue that point.  Amazing stuff.

The rest of the afternoon I was busy in a whole slew of meetings, so we’ll shift over to Saturday.

Saturday we decided to spend quite a bit of time just exploring Paris.  By far the best way to do this is via bike.  We got a day-pass for the Velib program, which is a bike-share program where we only paid about $2 for the full day. 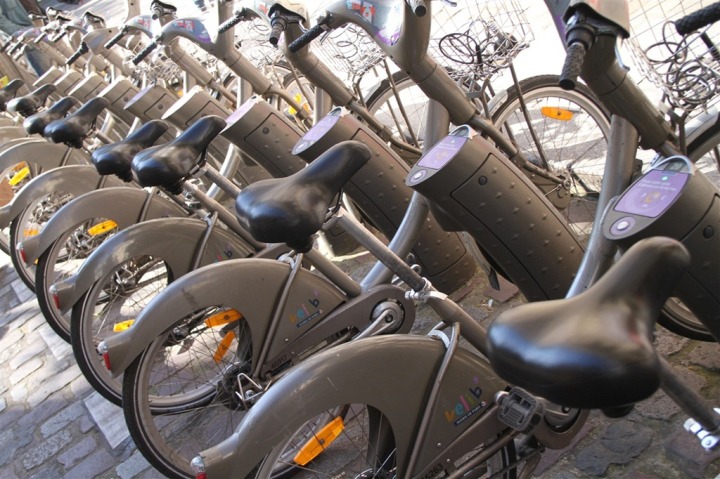 They have a crazy array of stations.  Gazillions of them, with even more bikes.  I downloaded an app that showed me station availability and locations.  Check out this view – this is just one neighborhood’s worth, amazing: 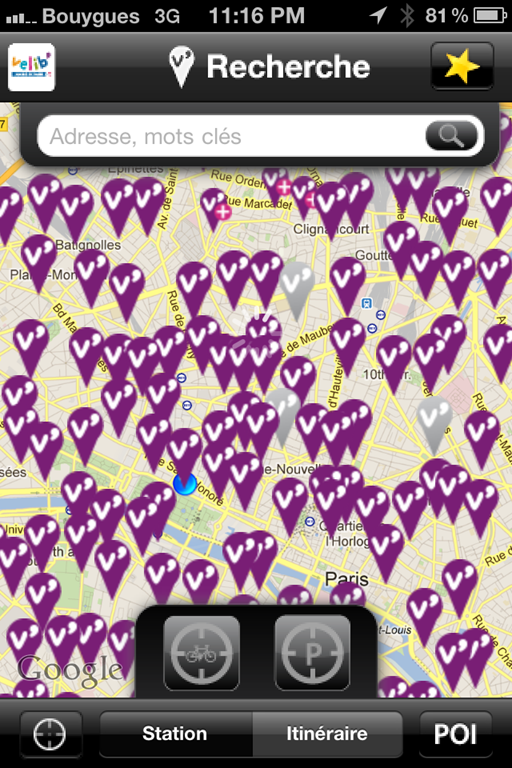 They are of course doing this sort of thing in DC via the Capital Bikeshare, and over time the station density will make the program even more successful. 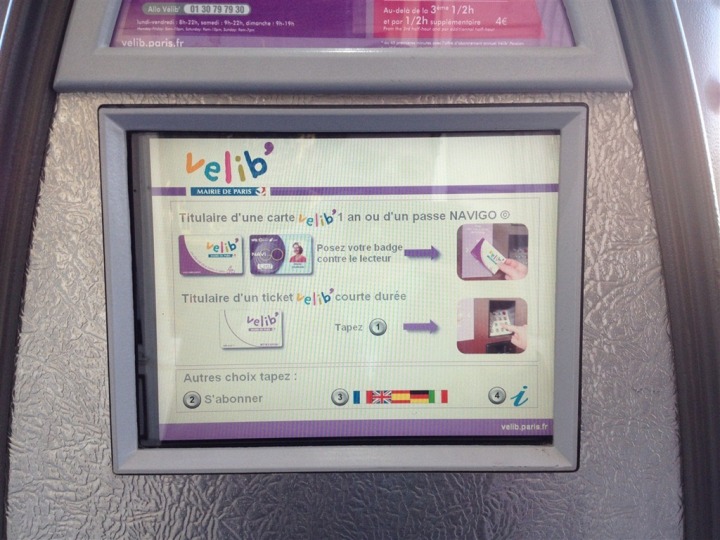 For us, the mere fact that there were bikes everywhere we could imagine going – was awesome.  And, if you were a resident, a annual pass is only about $35US.  Totally awesome. 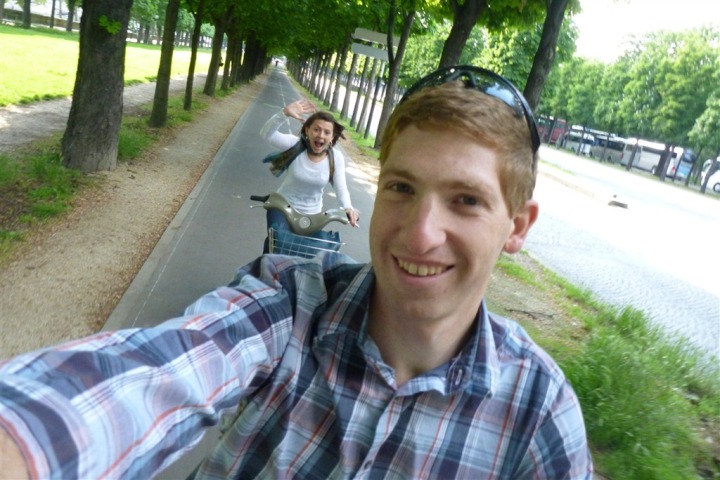 We enjoyed the fact that for the most part, bike paths were left open for cyclists, and not crowded with runners/walkers.  And the inverse was true as well.

When I was out running (an awesome 10-mile run), I didn’t have to dodge cyclists weaving and bobbing, it was just free and clear. 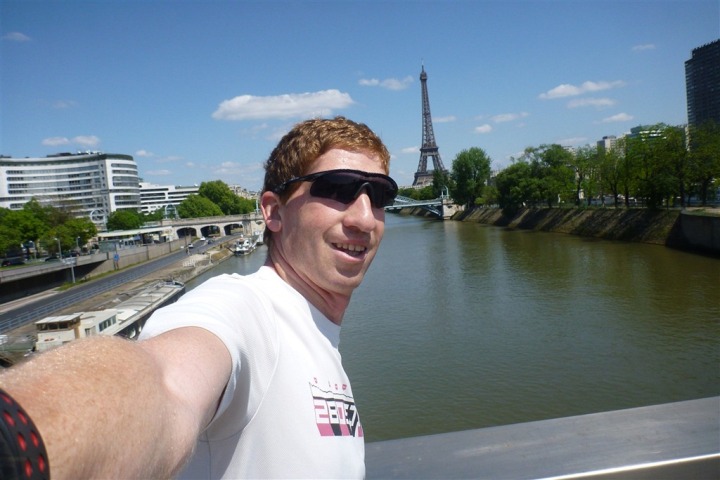 As you can see, the weather was amazing.  Here’s a few photos from my run (yup, taken while running) – both areas we really enjoyed: 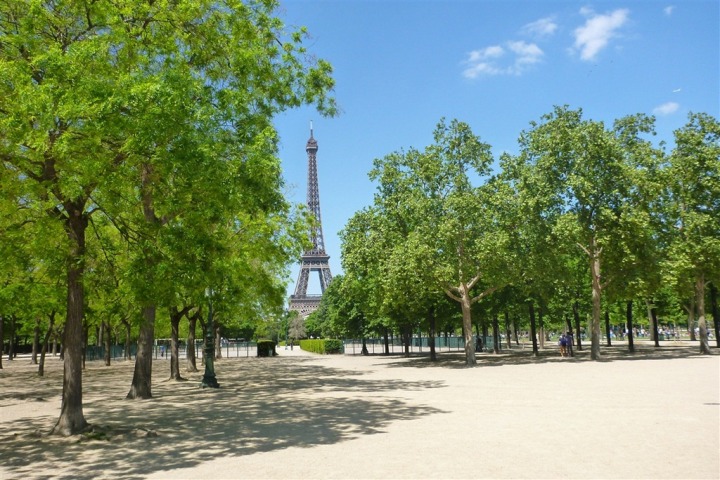 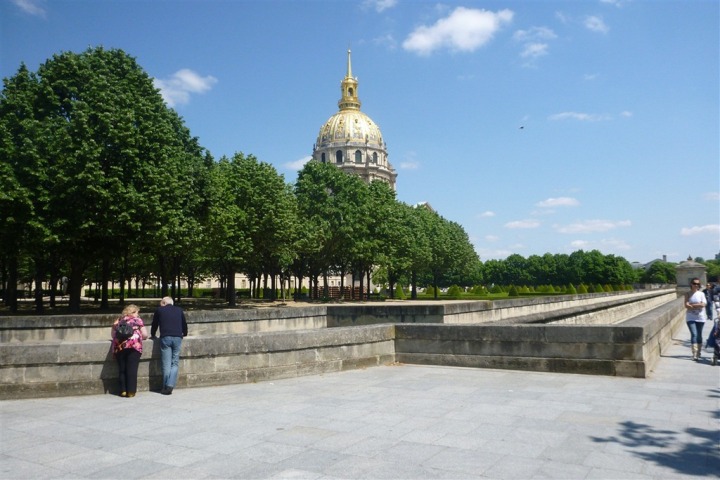 Oh, but back to the bike.  Did I mention how awesome they were?  Here, we pulled off after a cross-street to take a quick photo in front of some tall tower.  I hear it’s famous or something. 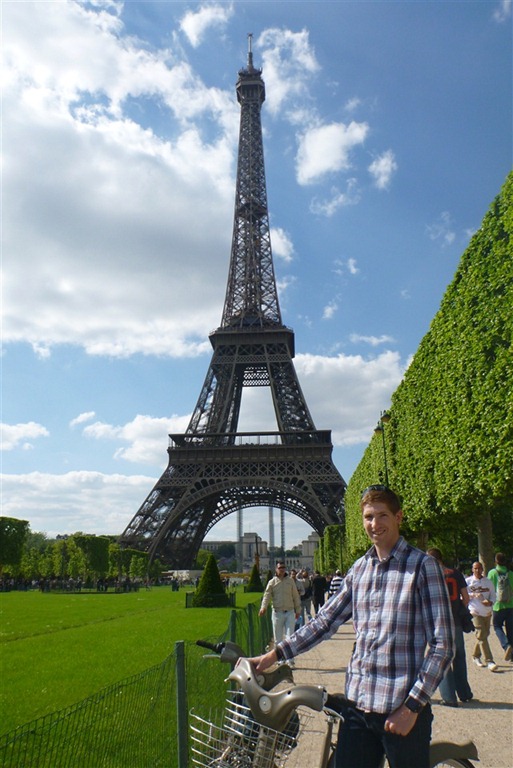 And, it makes a great backdrop for the never ending stream of baguettes we ate: 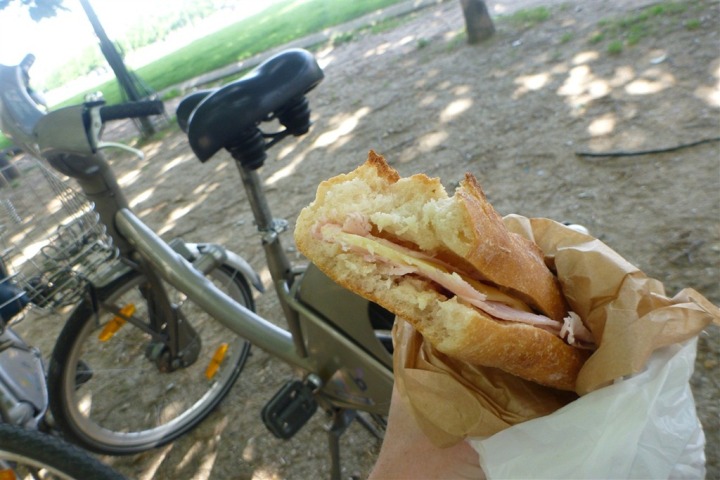 Now, despite all of this eating – we walked a HECK of a lot.  As you saw on my Friday post, I had my goal set on using six different pedometer devices for the weekend.  And based on your feedback, I also included my 10-mile run.  Overall, I’m impressed to see that the device are in general in the same ballpark.  Some stray points, but overall, not too bad.  In the below photo, you can see five of the six devices (the BodyMedia device being on my upper arm).  In the photo clipped on my running shorts is the FitBit Ultra and SlimCoach.  And on my wrist from left to right is the Nike Fuel, Jawbone UP, and Motoactv (in pedometer mode). 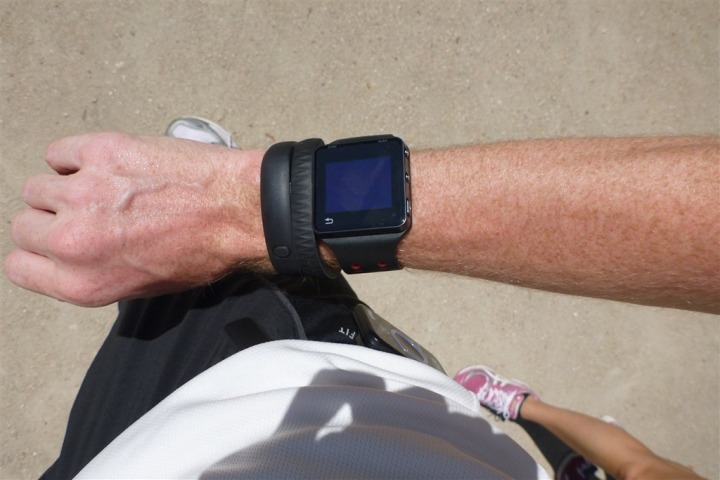 The more interesting aspect though was how varied the calorie burn numbers were (especially since the goal of most of these devices is primarily to assist calorie burn calculations).  But that’s a different topic for a different day.  Perhaps Thursday.

In between all of our explorations, we met up with Paris-based DCRainmaker reader Casper.  He treated us to an awesome view of the city of coffee, and then later that evening we met up with his family and enjoyed aperitifs’.  Their very young kids are adorable (especially when they spoke French and we had no idea what they said).  Thanks again for the evening, you’re awesome!

With that, we’ll be back in DC before the end of Monday, ready to tackle another week.