1) UCI bans live-data tracking for cycling races: A serious bummer coming in the professional cycling world that will likely end various Live Tour trackers for the big races this summer (i.e. Tour de France).  Hopefully this will get changed, but I doubt it (short term).  I agree with much of what Ken (the author of that post) says.  Further, I’d think this may also put a solid dent into various companies plans looking to further integrate standard cycling head units with cell-technology (aka merging a Garmin GTU with an Edge 800, just speculating).

3) Sweet Olympic Ad: Following on a previous Proctor and Gamble add, this poster-image from Paralympic Canada is pretty awesome (click for full size).

4) I’m apparently featured in a nifty video with Chris Lieto: Ok, featured might be a bit strong – but I’m there! I didn’t know about this until a reader sent it in.  Good times!

Me in a video!

5) Boise 70.3 Race Course In Detail: For those of you doing Ironman Boise 70.3 this year, this post from pro triathlete Trish is worth the read.  I did it last year and agree with everything she noted.

6) Top Ironman Pro Athlete plans to walk marathon in upcoming Ironman race to prove point: Some interesting news from down under, check out this Slowtwitch thread for a ton more on it.

7) Things to consider with kids racing triathlons: A reader sent this in, which may be a good primer for those parents who have kids looking into doing triathlon races.  Much of it may be common sense, but if you’re new to the sport, it’s a worthwhile read.

8) Inspirational video of 13-year old buy doing triathlon with friend: This is a bit older, but the first time I’ve seen it.  It shows the story of a 13-year old who completed a triathlon, taking his friend with cerebral palsy along for the ride.  Impressive.  (Thanks Jacob for sending in!)

9) 30 reasons to bike: In case you needed more excuses for getting out there this weekend and working off the cupcakes, here’s a (at times funny) list of reasons to start pedaling (Thanks Ken for sending in)

10) A bit of an update on the swimming HR monitor display system: I shared info about this back in the fall, and here’s an update on where it stands.  Ultimately, I think these products are just showing the initial stages of what will become far more advanced down the line.  Using LED’s is similar to what 4iiii’s does above water, but ultimately, I suspect we’ll see products move towards actual displays ala Recon, Google Glasses, etc…

11) Laserspoke Power Meter thoughts: A few of you have asked about what I think of the Laserspoke power meter system that ended up on a Kickstarter-ish site recently.  Some of you may know this isn’t actually the first time we’ve heard of this company, and I doubt it will be the last.  I highly doubt they’ll hit $85K in funding (since they’re only at $700 now), but it’s interesting.  I should also point out that using spokes as an avenue for power meters is something others in the industry have looked at.  But as others have found, bridging the gap from lab to a durable product is incredibly difficult.  Looking at the list of tasks yet to be accomplished on the site above, I’m not convinced they are far enough in the design stage to really be effective in a Kickstarer-like scheme.  Just my two cents.

MapMyRun and MapMyRide receive updates: Mostly a graphical/user interface overhaul, but a few new features and bug fixes as well. 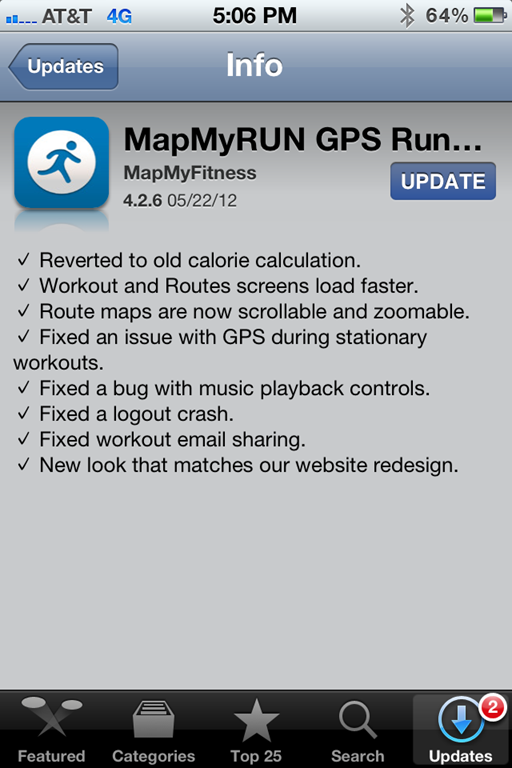