2) Wanna run a lot of Rock ‘n Roll Marathons for cheap?  They’ve introduced the TourPass, which essentially is like a ski seasons pass for their race series.  Pretty brilliant.

3) Why do we train with devices?  A good post over on the TrainingPeaks blog around some of the reasons folks use devices to train with.  A good reminder that it’s sometimes also just simply about motivation more than data collection.

4) Blood Pressure Monitor now in a patch: I’m just about set with the ANT+ Blood Pressure monitor so I can whip up a review on it.  But, this idea is pretty interesting.  Instead of a cuff, you wear a 24hr patch which monitors things a bit more across your day.

5) Nothing to do with Endurance Sports: But still really darn cool.  There’s something awesome about a ton of little helicopter drones in a gym playing the James Bond theme song on musical instruments.  Trust me, it’s cool.  Have I ever let you down?

7) A look into Professional Cyclist Salaries: Based on a new report from Ernst and Young, an inside look at changes in how much the peloton is getting paid.  I have a feeling you might just be surprised…

8) Folding Bicycle Helmets: I had tagged this back a bit ago, but forgot to share it.  Yup, these things fold right up like space blankets.  Crazy.

9) Riding while armed: Trust me on this, you’ve gotta see the full photo.  I could have pasted it here, but that wouldn’t be cool (copying and all).  Here’s the top chunk, it gets better when you see the rest of the picture.

10) The making of an underwater bike fashion shoot: I honestly have no idea how I ended up at this page, but, it’s kinda interesting to see how they went from what looks like a sketchy hotel pool, to a pretty impressive shot.

I spent a bit of time last night updating my Facebook page to the newfangled timeline format.  I figured since all Facebook pages are being forced to it at the end of the month, might as well kick the tires a bit and give it a whirl. (Note: This is all in addition to the blog here of course, I usually post interesting pics there that I don’t post here). 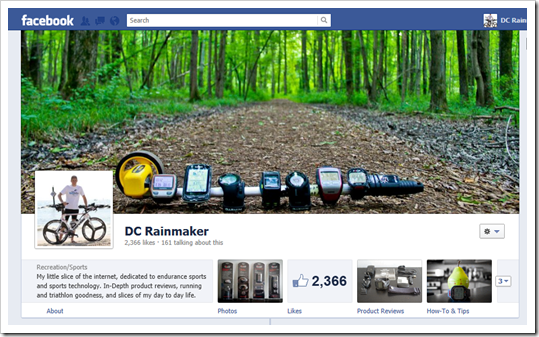 Feel free to poke around and let me know what ya think.  Enjoy!

Thanks for reading all, have a great remainder of your weekend!