This weekend saw a nice little kick up in both run and bike training.  As you may have surmised, most of my focus this year has actually been on the run – tentatively aiming for a 10-miler race in late April.  I’ve been doing most of my bikes and swims workouts as either complimentary recovery workouts, or a way to get some aerobic intensity in without the leg pounding.

But with the run still cooking at normal speed, that meant that Saturday’s long run was definitely legit, with a 10-mile initial ‘long run pace’, and then from there I would dip down and do another 4-miles at a 6:30 pace.

With The Girl headed to a class a dozen miles away mid-morning, I decided it might be fun to just run there.  I’d simply go one-way, and then hitch a ride back home.  Would help keep it from becoming a boring loop, and instead mix things up a bit.

Regrettably, I didn’t consider the weather in my plan.  Sure, I knew it wasn’t going to rain and the temp would be upper 30’s to low 40’s…but I didn’t exactly look at what the wind would be.  And that…that was a mistake.  See Illustration A below, the historical winds for yesterday.

Yup, those would be my wind speeds.  The first column in yellow is average wind speed for that hour, and the second column being max wind speed during that time period. 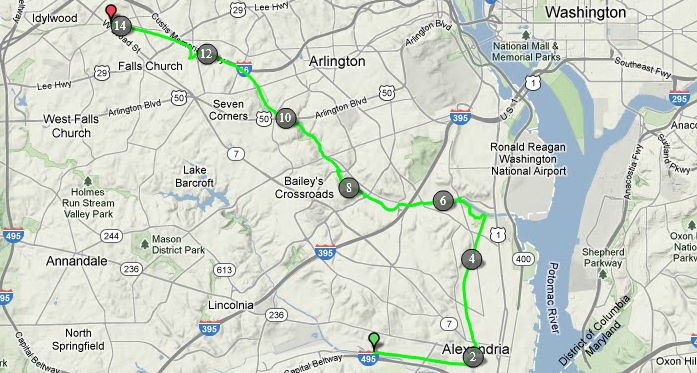 One of these days I’ll learn…

But, to be fair, it was a good workout. Aside from nearly getting blown off the trail in those occasional 40MPH+ gusts, the only thing you can do is just dig in and keep on running.  Because the first 10-miles were heart-rate based, I simply kept it in zone and kept on cruising.  During that time I was taking about a 45-50s per mile hit on pace (occasionally I’d dip into a patch of trees to block the wind), but since it wasn’t a race – there’s no reason to end up trying to outrun the wind.

The last four miles at pace were a wee bit harder however.  I didn’t quite get there pace-wise, but did get in the vicinity.  I would have been interesting to have had some way to measure the impact of the wind in the same way you could do for power on a bike.  Just to understand what 10-miles with that headwind equated to.  Someday…

But you know what?  At the end of my run was a Robek’s, which is smoothie place.  So, in a way, I ran 14-miles to get my lunch smoothie.  The smarter folks of course would have just gone to the one 1.8 miles from my house.  But…I lack such common sense. 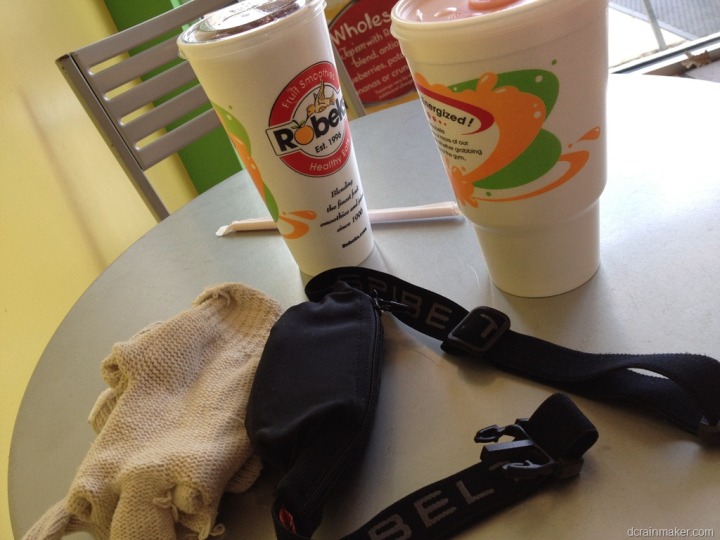 Moving onto Sunday the first order of the day was helping The Girl with a baking creation she was putting together for some local folks.

I normally help with her efforts in one of two ways:

Today, I was mostly the photo-person.  With a dozen types of cupcakes (yup, crazy!), I was busy becoming a foodie photographer, taking a wide assortment of one-off plates and backdrops to make an array of pretty cupcake photos. 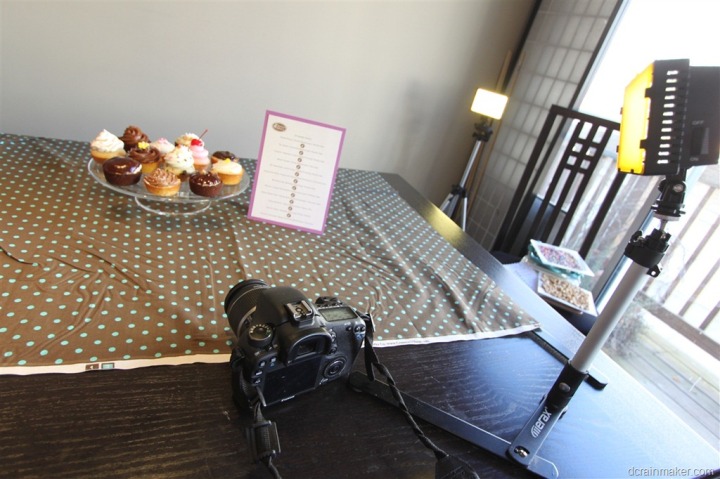 Plus, I got to use these new LED lights that I picked up a few weeks ago (only $40!).  They’ve been really helpful for fill light lately in getting product shots.  Normally I only shoot via natural light because it tends to looks better.  But the reality of my work schedule these days doesn’t have me getting home until after dark…so I gotta make do with some fake light.

Oh, and here’s one my favorite compositions.  But there’s still 11 other cupcakes.  Good stuff! 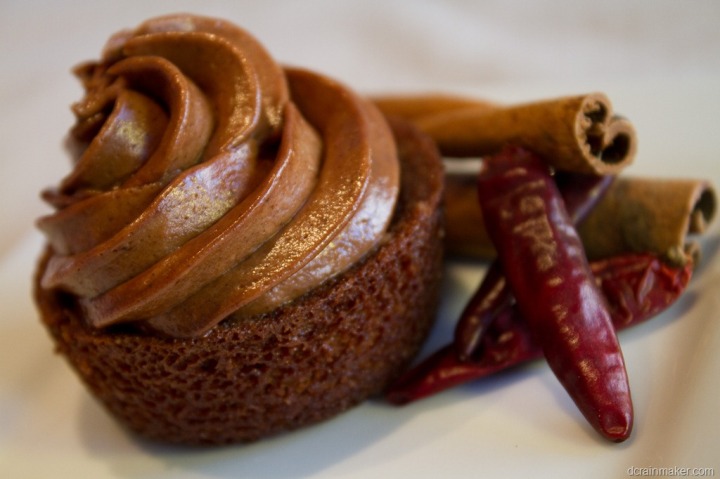 And don’t worry, I still tested lots of bakery items.

Post-cupcake photography, I jumped on the trainer for 90 minutes of long-set fun.  This was inclusive of 2×20 minutes at 270w.  This was actually the first ‘intense’ bike trainer workout I’ve had this year from the standpoint of being something other than Z2 work.  Kinda nice. 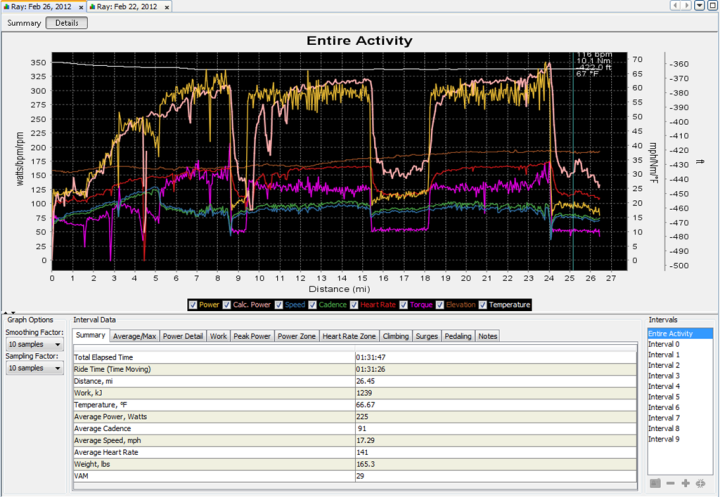 I was primarily using the PowerBeam Pro (working on that review for this week), and then also feeding the data to TrainerRoad, as well as KinoMap.  I then had a Garmin Edge 800 on the stand I made, which was connected to my Quarq Cinqo power meter.  So, in short, I had the ability to cross-check the two power feeds. 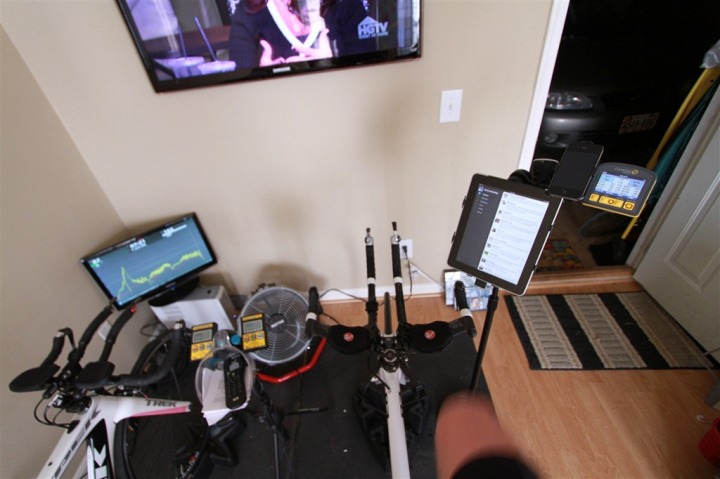 (Yes, by time the cool down came, I decided it was time to catch-up on Twitter with the iPad.  And yes, the garage door is open – all that baking made the house rather warm, was cheaper to just get some cool garage air in.)

As a bonus to my workout, I got some data fed into TrainerRoad as well as played around some more with Kinomap.

Speaking of which, afterwards I went out to just get a short 5-minute ContourGPS clip that would have had both video and GPS data within it.  I also put a GoProHD and the Edge on there as well as backup.  The goal of this was to play around with some of the ‘make your own Realcourse video’ stuff they have, so a quick 5-minute test clip would have been perfect.

But, as usual, the ContourGPS failed me.  This time it didn’t record a GPS track – though at least it did record the video track.  And, at least it didn’t fall of this time at 40MPH, like last time.

Finally, I ended the night accompanying The Girl on a 40-minute night run.  I just plodded along on my mountain bike (which, oddly enough, I discovered/remembered had no brakes).  Thankfully, the course was flat. 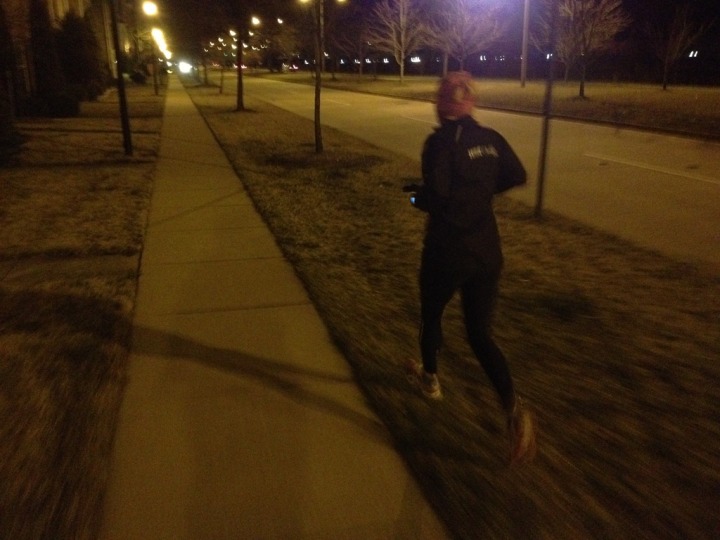