Congrats to JP Theberg: USAT 2011 Paratriathlete of the year! 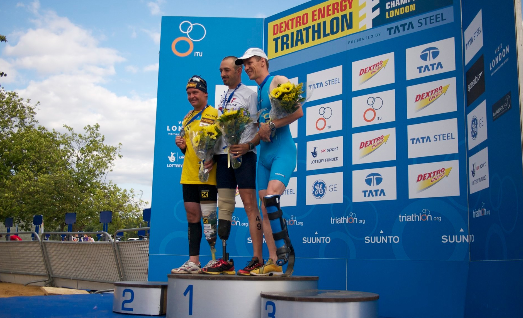 You may remember back a little over a year ago I asked you to help support the goal of a number of paratriathletes, with being able to compete in the 2016 Olympics, but channeling support for adding triathlon to the 2016 Olympic Games.

As part of that post, I highlighted JP Theberg as one of those paratriathletes that was really looking forward to being able to compete in the Olympics, should the chance arise.  JP’s a world class triathlete, and just like any other world class athlete, the Olympics are undoubtedly the end goal (even ping-pongers, which is also in the Olympics and Paralympics).  Thus, I was pretty excited when a short bit later the Olympic Committee approved the addition of triathlon to the 2016 Summer Olympic games in Rio (note: triathlon in 2012 is only offered for non-paratriathletes).

The primary reason I know of JP isn’t because he used to live in the DC area, but rather, because he shares the same coach as I.  Which means, that when I’m bellyaching about a given tough trainer workout or a nasty interval run…I know he’s probably doing a very similar workout…except, well, missing a leg.  Thereby leaving me with no valid reason to complain.

Which is that I wanted to reach out and congratulate JP after it was announced yesterday that he was selected by USAT as the 2011 Paratriathlete of the Year.  This is a huge honor, and I know he’s pretty excited about it. 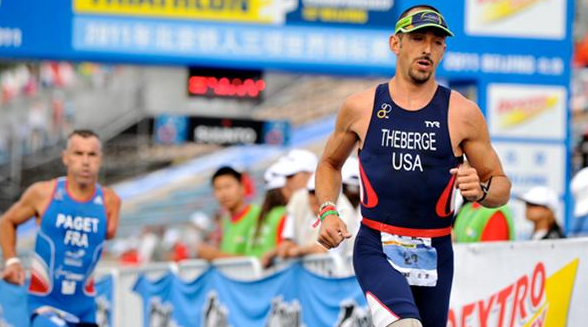 As part of his racing, he also raises money and awareness for CAF (Challenged Athletes Foundation), which aims to support those with physical disabilities to compete in athletes and just simply maintain an active lifestyle.  You’ll often see them in races around the country and the world (just be on the lookout for their kit).

So, just wanted a quick post to say congrats to JP (and to Melissa Stockwell, the woman’s paratriathlete of the year).  As well as congrats to his (and my) coach, Coach Alan Melvin, as any sort of multi-year dominancy is definitely a team effort.

Thanks for reading, and definitely give JP some congrats!