Paratriathletes are real athletes too, and how you can help them before this weekend

But before I talk about the vote, I want to make the story a bit more real.  Often times you see pleas for support around a cause, but they’re usually generic in nature – and don’t really tell the story of someone you might know.  I want to change that. 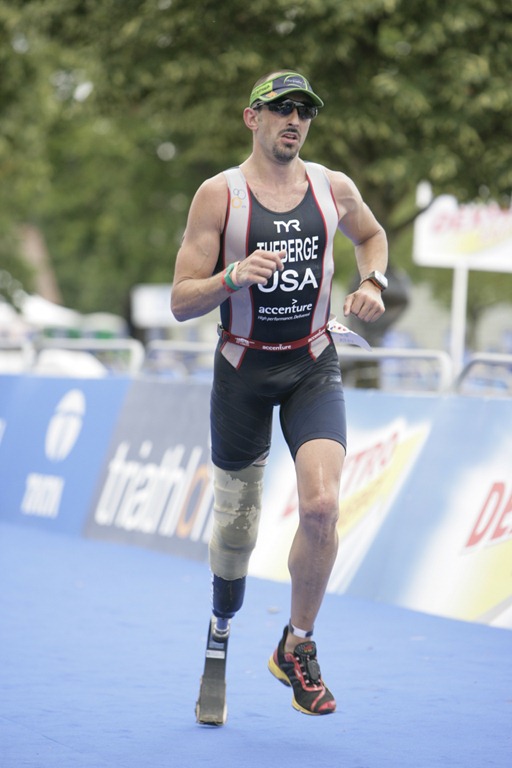 (And yes, of course that’s a FR310XT on his wrist…and sportin’ the old school footpod)

JP is not just another athlete that you might find as part of a pretty press kit for a good cause.  Nope, his parents actually live just down the road from me.  I can run to their house if I wanted to (but, well, it’s cold outside, so I won’t).

But even more – he shares the same triathlon coach as I do.  He only has a handful of athletes, so it’s not a very big club.  Yup, the same one that puts me through so much ‘enjoyment’ year round, is also giving the same enjoyment to JP.  Kinda neat that way – like we’re best buds in pain.  In fact, he was just having some in-person sessions with Coach on the track and in the pool the other day.

Aside from his parents being just down the street from me, who is JP (who now lives in San Diego)?

Well, he’s a hell of a triathlete.  First here’s a quick list of his accomplishments:

But that’s just a small bit of his athletic accomplishments on the field.  Add to that being the only competing athlete on the USAT Paratriathlon committee.  Meaning, he’s the guy to represent all paratriathletes at the USAT level (and yet he just lives down the street!).

Like many elite triathletes, he manages all of this while being a father of three curious little kids, and travelling a gazillion miles running his own small business. 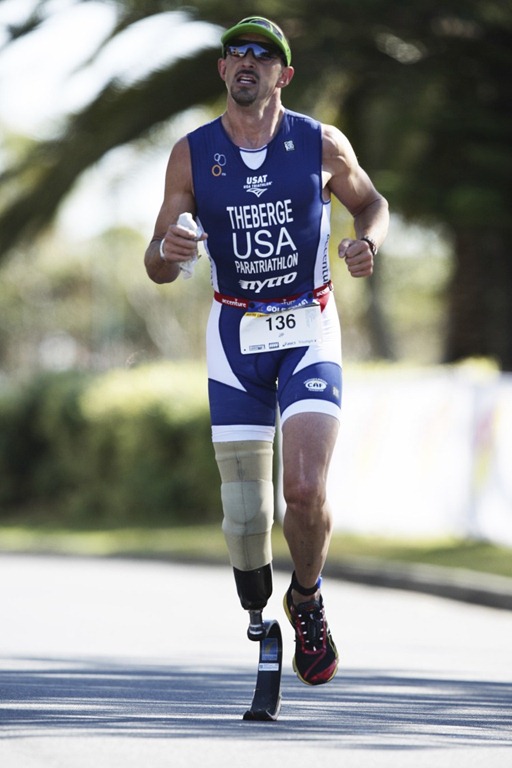 Of course, like all of us – he has his goals.  Some of them are obvious based on his accomplishments to date: Such as representing the US in international competition as best he can.  But some of his others are really no different than you and I: Simple time based goals for a given distance.

For JP, that’s currently to go sub-3 at the LA Marathon.  Yes, that may be a bit faster than your average run in the park – but it’s still a time goal – just like the rest of us mere non-international-competing mortals have.

But, there’s a catch here.

He has one more goal: To compete in the Paralympics.

Except, today, he can’t do that.

He can’t do that simply because the event isn’t included in the Paralympic lineup (despite being in the Olympics).  Though, they’re trying to change that.  This past fall they submitted a massive 100 page proposal in concert with the USOC, ITU, Tri Canada, British Triathlon, and the French and Spanish folks as well.  Really, the only group missing here is Washington Redskins – but nobody wanted them around, since it probably wouldn’t help them win the vote given their record.

All of this coordination and paperwork is in preparation for the big vote this weekend in Beijing where the International Paralympic Committee (IPC) decides which sports of the seven that have applied will get in (including TaeKwonDo, Golf, and others).

By ‘this weekend’, I really mean…tomorrow – Friday US time.  Remember Guangzhou’s about 4 years ahead of us (they’ve already seen the results of the next Olympics – crazy, I know!).  So it’s pretty critical they hear from folks over the course of the next day.

But…they need your support, not financial though – just a simple shout out.  One of the key items that the International Paralympic Committee looks for when deciding on inclusion is strong support for the sport.  In other words – how badly do people want it.  Or more specifically – how badly do you want it?

The good news is, it’s easy to show your support.  They’re consolidating responses through FaceBook, which they’ll then present to the IPC.  And being the newfangled Internet, the link is easy to click on:

It’s easy to show your support – and every single vote (err…’Like’) makes a difference.

To see the FaceBook page associated with the above video, check it out here.

Also, help share either the link to the support page, or this post – as there’s only about a day left to get all the votes of support they can.  If every one of you that reads this today clicks Like, that would more than double the current total.  Remember, your ‘Likes’ count.

You can share this page using the hip icons below, or just use that magical copy/paste function from the link in your browser.  Thanks everyone!