DCRainmaker.com posts this past week:
With the crazy-busy schedule of the ANT+ Symposium, it was a bit of a light week.  But I can assure you…next week will definitely not be!  Lots of posts planned.

1) More aero wind tunnel information than you can shake a stick at.  Really good (new) article from Lava Magazine on triathlon/TT bikes and aerodynamics.

2) Chipmunk takes on a Cervelo bike…and lives to tell about it.  Straight from the Slowtwitch Twitter feed is this incredible pictorial.  You won’t wanna miss it!

3) Rev3 Knoxville & Quassy will be on TV this Sunday…Well, if you live in either Connecticut or Denver.  But it’s the thought that counts.  11AM on ABC in Denver, 3:30PM in CT.

4) Triathlon makes The Onion.  Now the real question is – can someone identify where this photo was taken? Bonus points if one of you is actually in it.

5) Crazy video of waves taking out cyclists/runners in Chicago.  Really, you have to watch this video.  And be sure to make it all the way to the 1:10 marker.  And just remember, this is a LAKE!

6) A video of the 14,000 people strong Virgin Active London Triathlon.  Perhaps the best note came from the DCTri Twitter comment “So that’s what a transition area looks like for 14,000 people”.

7) Kona Pick the Winner Contest: Swing over to the CycleOps site for a chance to win a whole pile of goodness (power meters, wheels, trainers, etc…).  Essentially you have to nail winning times/peoples.  It’s like a big NCAA pool, except somehow slightly more complicated.  But it’s free to enter!

8) A cool running theater interactive show: It’s a bit difficult to explain this.  But essentially imagine a theater show that starts at a normal location – but then actually goes outside and is played out in front of you in a park.  The whole show is about the journey of a marathon runner.  If you’re in NYC over the next month and a half, check it out.  Supposed to be pretty cool, heard about it from some folks up at the ANT+ Symposium. (Review here)

Just wanna say a quick thanks to all the comments and tweets on the ANT+ Symposium talk, glad folks are liking it!

I got two photos this week of my DCRainmaker stickers being used out in the wild.  Crazy!  Here’s the first…which I’m not permitted to say who it is…just that it’s out there somewhere…on a belt buckle…in an attempt on the cowboy pose. 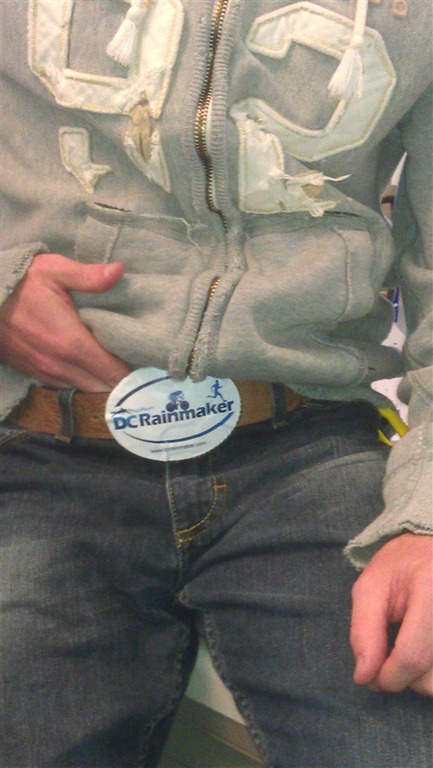 The second, was on a trainer by the TrainerRoad folks (side note, that post has 41 comments…crazy!). 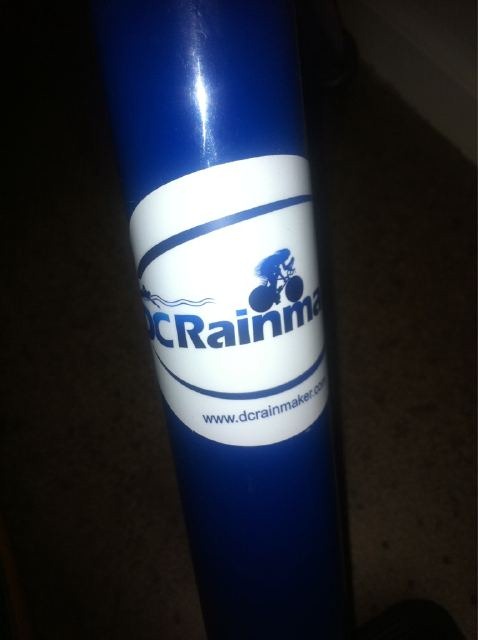 These were from stickers that were given out at Interbike.  Those that found me got stickers.  I’m aiming to open up the floodgates later this week to everyone else that wants stickers.  So fear not…more soon!