Swimming through the registry

This weekend was a pretty big hodgepodge of activities.  I covered all the usual sports, and a few other activities that with careful regulation – could probably be categorized as sport.

First up was a Friday evening swim.  I’ve been playing lately with figuring out using the (waterproof) GoProHD to take video of my swimming (so that I can then demonstrate to all you how not to swim).  The nice part here is that it’s fire and forget. Literally.  I set it on the bottom of the pool as I start my main sets – and then just forget about it.  After I’m done, I simply grab it and check out the video later. 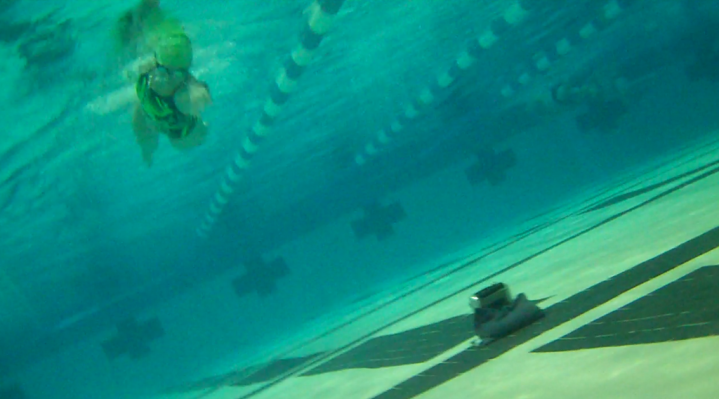 I’ll be doing a post later this week on using it at the pool – so look for that.  It’s taken a bit of trickiness to get focus nailed, but, I think I’ve almost got it figured out.

Saturday morning brought a nice 10-mile run on the Capital Crescent Trail originating from Roosevelt Island, which is located in the Potomac River across from Georgetown (a small bridge connects it to Virginia).  Like usual, I was running with the Pacers group – a great motivator to actually getting out of bed early on Saturday to get it done. 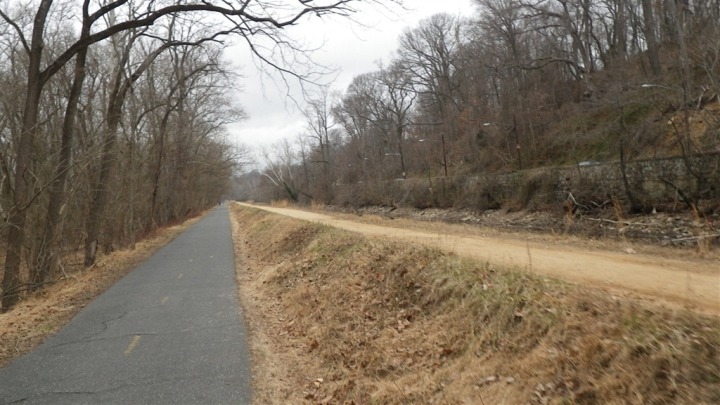 Oh, the New Balance folks were there – they had a gazillion shoes if you wanted to try them out.  But given I already use New Balance shoes (and never change them), I was just fine and dandy without any new shoes. 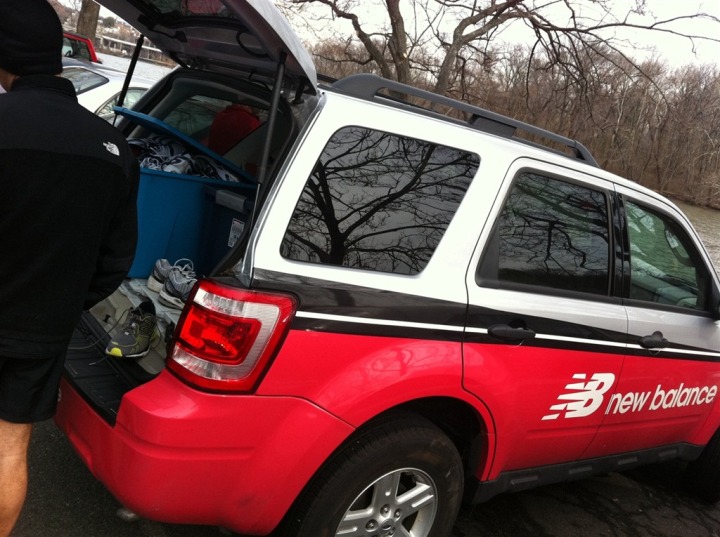 The run itself went well, with the weather just about perfect for it.  Starting to warm up nicely around here these days, though still plenty cool to keep things going quickly.

Sunday…Sunday introduced a new sport into our regime: The Registry Game.

While we were at Crate and Barrel last weekend we noticed they have a monthly private event for engaged couples looking to setup a registry.  As part of this, you get to run around the store and tag all sorts of items with a little beepy machine.  Actually, it vibrates…no beepy. 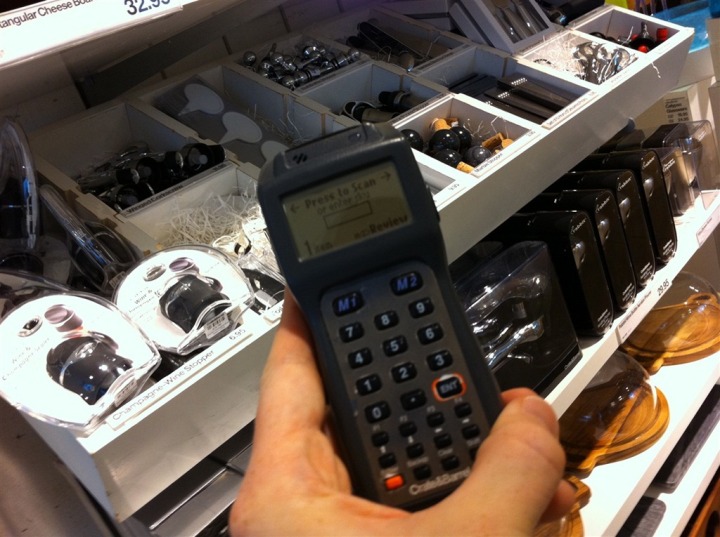 But before you do that, they give you free food! 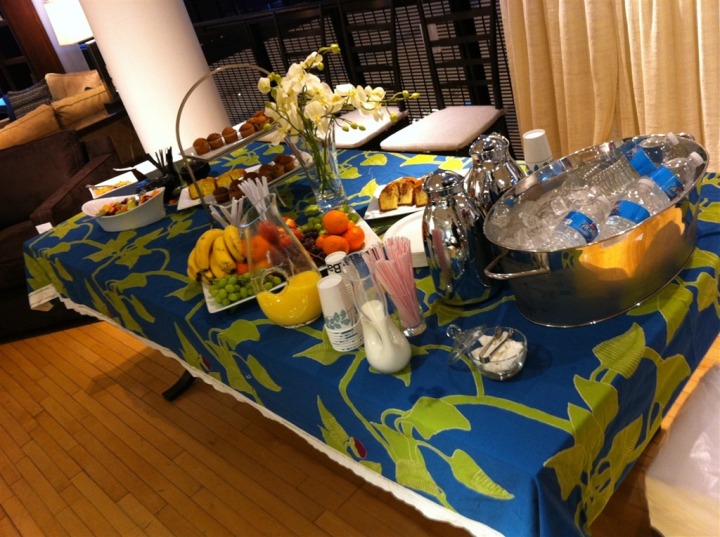 Yup…free event, and free food!  Any athletes dream!  In addition to all the vibration stuffs, they have these little stations setup with even more free food – like Waffles, Omelets and Smoothies!  They just make it right there using the various things they want you to buy. 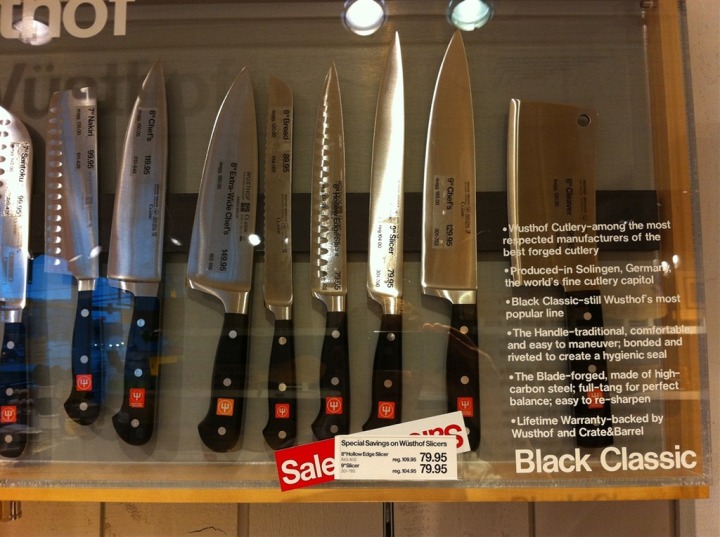 Once you’re done, the machine spits out a little list.  Since we’ve already registered most of the things we want (which admittedly isn’t much) elsewhere, this event may have been more about running around playing with a scanner and getting free food than anything else.  But we had fun!

On the list of things that are less than fun however…I’m going to place riding on a trainer for more than two hours.  Here’s what it looked like outside: 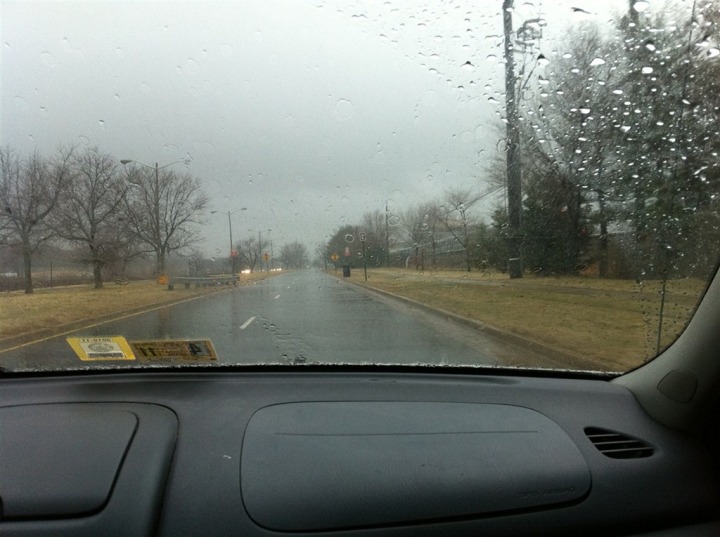 I don’t mind riding in the rain at all.  I do mind riding in the cold dumping rain and wind.  Warm rain is fun…cold rain though…not so much.  But I just have to remember it’s far easier than some of my past trainer/brick combos.  I believe my current trainer record is about 4 hours, but I’ve gotta poke around a bit.

So, we sucked it up – got on the trainers and just knocked it out…one minute at a time. 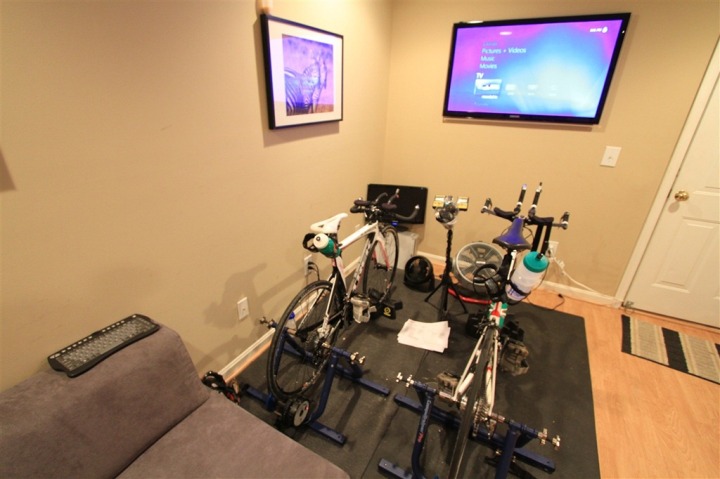 When all was said and done…well…it was done.  Not much to be said about that.  I got a pretty graph out of it though: 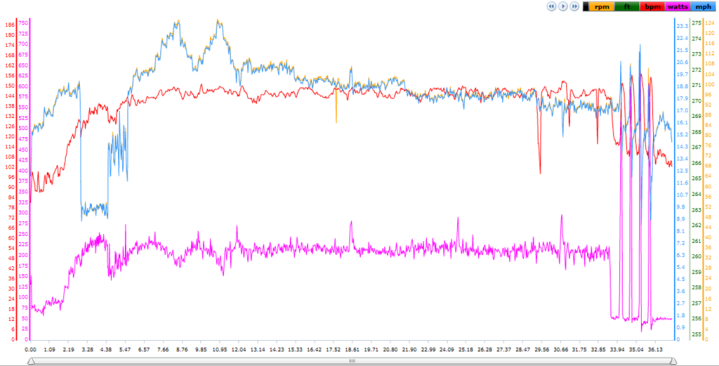 With that, onto the week we go!  Oh, and for those of you wondering where the Week in Review post was (or is), fear not, it’ll sneak up on ya sometime soon.  I was lazy this weekend.