The last few days have been a great preview into spring weather around the nation’s capital.  The weather has been nice and warm, all while still being cool enough to not finish up runs/rides drenched from the heat/humidity.

Additionally, my little wannabe cherry tree next to my house is in full bloom: 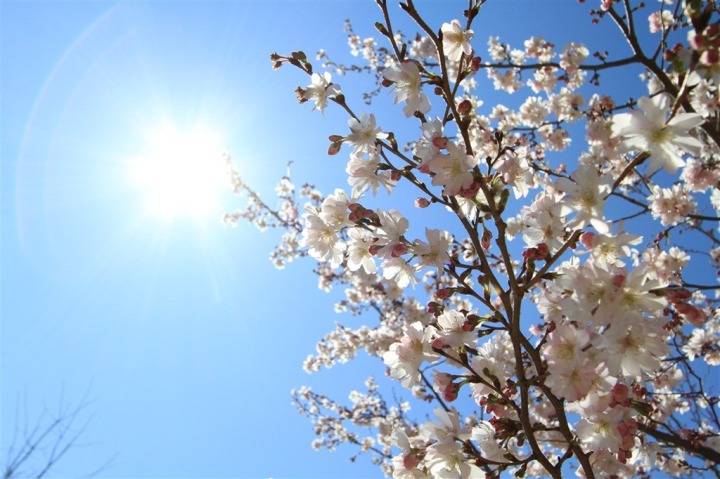 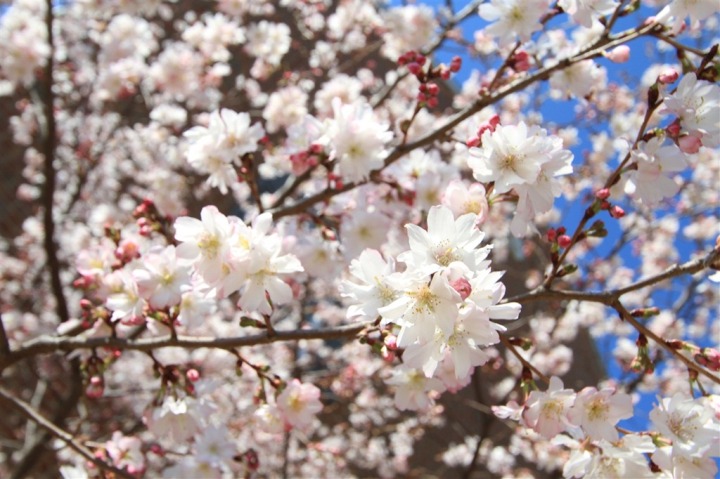 In addition to all the plant life around here sprouting up, my workouts have been pretty solid this week with some really swift paces across both the bike and the run.  It started with a very nice trainer ride on Friday seeing some of my high cadence numbers have a 20w bump over the same workout last week.  I’ve been seeing 10-15% improvements week over week now that I’m back home and able to get quality workouts in every week.  In some cases one might do a double-take on power meter calibration, but I’m lucky in that I can get a quick double-check from the CompuTrainer and they both are in the same ballpark +/- a few watts (as usual).

Saturday morning brought a nice run around along both the Virginia and DC side of the Potomac.  The run was rather brisk at 7:10/mile for 11 miles, luckily I managed to stay mid-Z2 – right per the workout plan.

I’ve made a minor change in schedule where instead of running the St. Patrick’s Day 8K (which would have been this past Sunday) – I’m going to instead help pace The Girl as she runs the National Half-Marathon.  Should be a great time!

So, with the paces from Saturday’s long run combined with faster internal work I’ve been doing during the week, I’ll be able to hit the numbers she wants without dying (as that would be poor form).

Saturday post-run brought a whole pile of goodness: Picking out the guy’s outfits for the wedding, hitting up a travel related convention in DC, and then finally going to a concert later that night.  In quick form, a few pictures of the fun.

First up – the various catalogs of menswear.  Did you know they make camo tux vests? 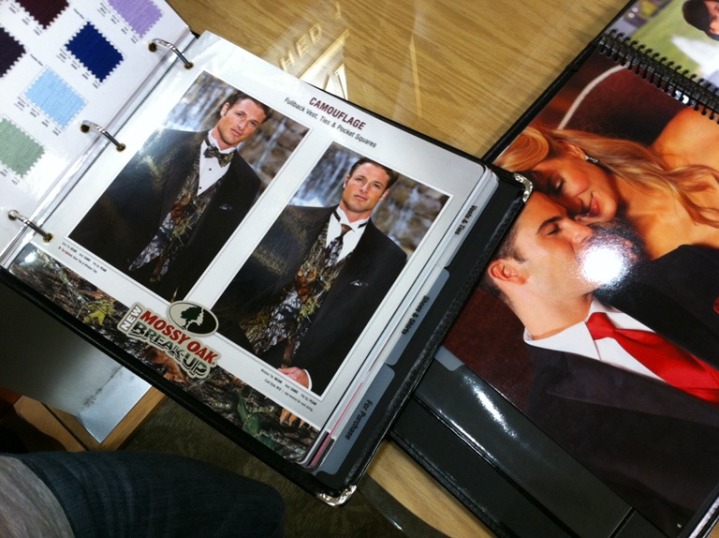 Then, we have the travel show.  While most of the booths were for companies/travel agents/countries – some were for various hotels/privately owned places.  We didn’t notice the following booth initially.  It was actually the empty Virginia Beach booth that caught our eye (because it was empty), but then we realized why it was empty: The booth next to it was for a ‘clothing optional club’.  That booth was packed!  Meanwhile, the lady from Virginia Beach was quite uncomfortable looking: 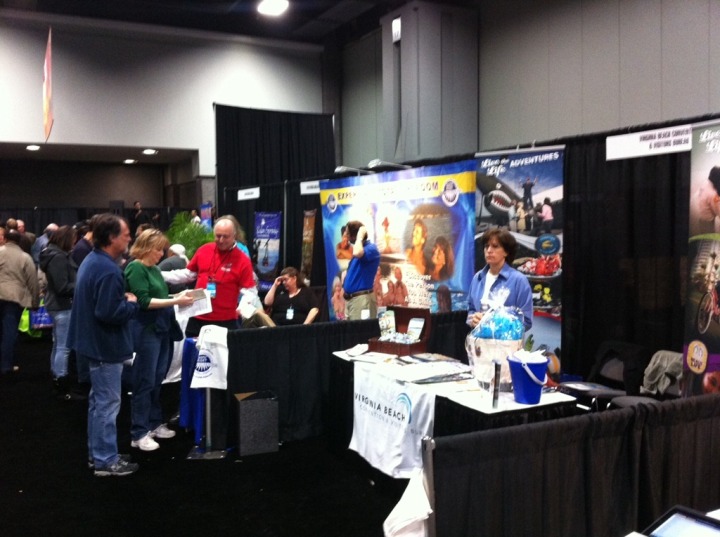 Strangely, you could also scuba dive in the convention center.  I’m not sure what to think of that to be honest: 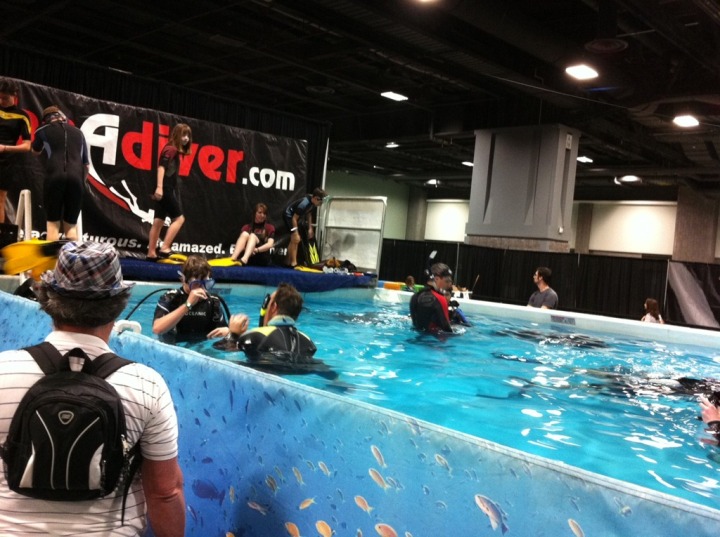 On the concert side – we saw The Legwarmers, which is an 80’s band.  Everyone dresses up in attire from the decade as well…and yes, that included us.  Though – we’ll have to keep those pictures in the private collection for now.  In the meantime, here are some high quality cell phone pics from the concert: 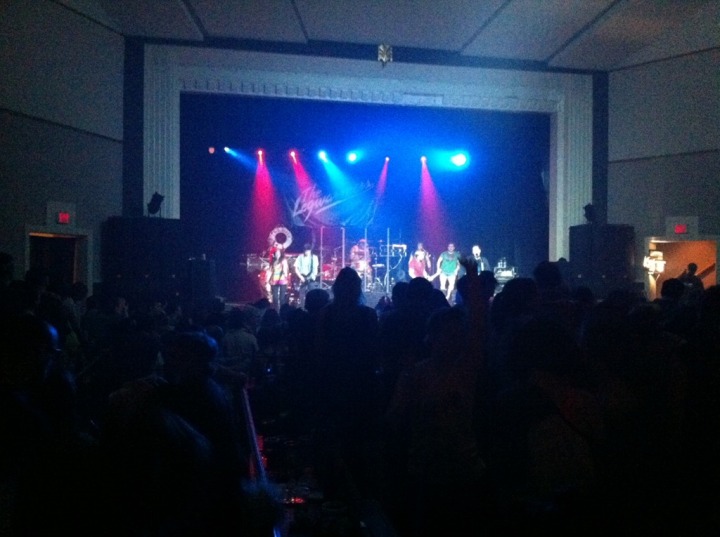 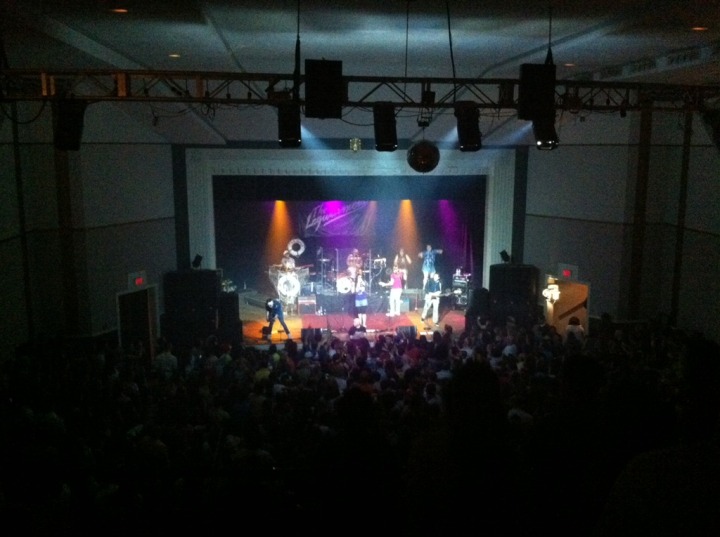 Last but not least – was Sunday’s ride.  This was a nice 2 hr 30 minute ride in the gloriously warm sun.  I was able to hold a pretty solid wattage mid-Z2, so I was happy with that.  This would cap off a good week in the run/bike category from a performance improvement standpoint.  Clearly my biggest week this year thus far, both in hours trained as well as just improvement posted. 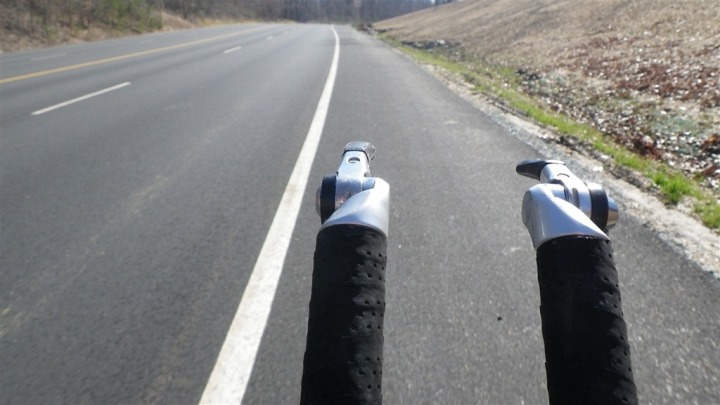 Oh, as an aside – I’ve been playing around with the new Garmin GTU 10 tracker the last week or two, which just came out recently.  Essentially this is a tracking device similar to the Spot Tracker device I reviewed previously.  The Garmin GTU 10 is roughly about the size of two gel packets squished together, and also comes with a little carrying case.  I’ve still gotta work through bike attachment, so in the meantime it’s more of a jersey pocket thing. 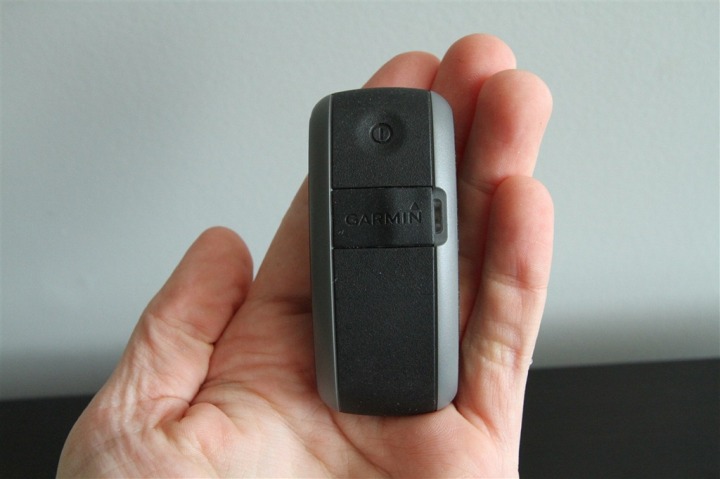 It transmits your location (though unfortunately no ANT+ data) using cell technology, whereas Spot uses low earth orbit satellites satellites.  One cool part is it does allow you to configure transmit intervals and setup Geofences.  This would allow you to create alerts as folks cross over certain portions of a course – like a long event such as an Ironman, and then send you an e-mail as the person crosses that boundary. 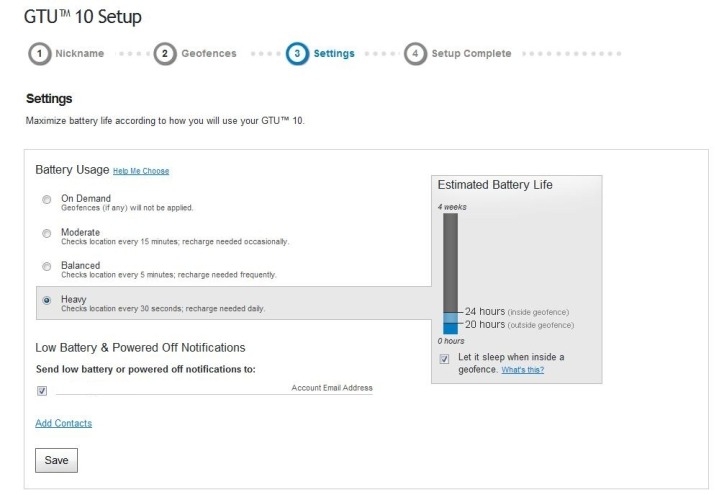 Look for more on this in the coming weeks as I put together a review.  I think GPS-related live tracking is clearly the future of where sport technology going, and there’s a lot of players in this space, both via dedicated devices like the GTU 10, or via cell phone based apps.