My swimming is still a wee bit rusty – primarily given how little of it I’ve done over the past 3-4 months while travelling.  It’s just very difficult to get to and find pools when you’re changing countries every 24-36 hours.  The good news here is that I see pretty rapid improvements in splits now, and over the past few weeks.

Saturday morning brought a 10-ish mile run along the Potomac, much like a few weeks ago.  The weather was in the low-30’s, but with the sun shining it felt a bit warmer than it was.  Plus, no wind!  Woohoo! 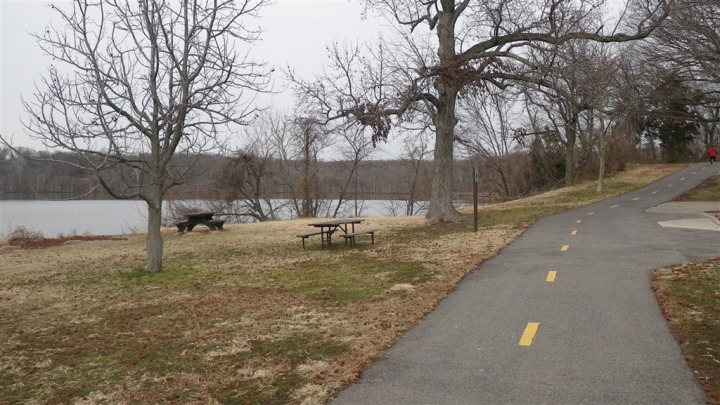 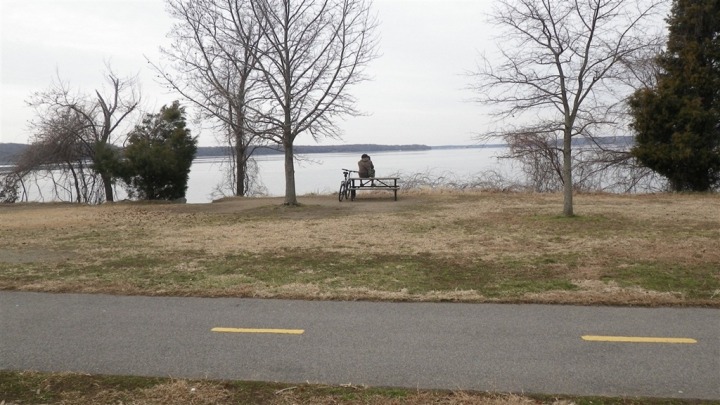 Following the run we ran to the mall for what seemed like hours.  Probably because it was hours.  Some of it I spent while The Girl was getting her haircut, but most of it we spent wandering around.  We even spent some time at Crate and Barrel scoping out Wedding Registry ideas.  Good stuff!

Well, except the part about the crazy stalker man in the parking lot.

That was just whacky.

See, I was sitting there in my car just waiting for The Girl to finish up.  I was on my laptop answering questions and updating post comments just minding myself.  Out of the corner of my eye I see a man approaching the car, he was semi-bundled up – kinda like he’s going hiking.   Given it’s a parking lot with tons of people, I don’t think much of it.  Then he stops in front of the car and starts writing down information on a clipboard about my car.

At first I figure maybe they’re doing a survey or something on total cars in the lots.

Then he goes behind me car and takes more notes…just my car though.

At this point I figure I better find out what I’ve managed to do wrong.  So I half-open my door and ask if I can help him out, or if there’s something I’ve done wrong.

At which point…the man goes berserk!

Starts yelling back if I have a problem.  Asking me why I’m stalking him.  Why I parked next to his car, and why I’m following him.  Further, he then wades into a string of profanity followed by more profanity.

The coup de grace though was when he starts into a tirade about how ‘Everyone is following him’, some 1,500 people a day (as he gestures to the mall), and that I’ve got a transmitter in my ear and am talking to people right now following him (Note: I had nothing in/around/near/on/below/above/under/over my ear).

At this juncture I ask if he’s alright and if I need to go ahead and call the police.  He informs me that he’s calling the police to report me as a stalker.  All this while getting closer and closer to me, where I’m still belted in my car.

I simply close the door (lock it), and then pickup my cell phone.  Three digits later and I’m chatting with a nice operator explaining my crazy-man dilemma.  Meanwhile, he decided to drive up in front of me and sit right in front of my car while giving some birdlike visual affirmation of his dislike, after which – he drives away.

As I suspected, there wasn’t much the operator could do – though I did note the license plate should stalker man show up at my door.  I’ll be ready…you know, to chuck water bottles at him or something.

Anyway…moving on to less exciting things.

I cycled Sunday, and spent time enjoying my last outdoor ride on the CycleOps Wheelset with the PowerTap.  They’ll get packed up Monday and sent back to the folks in Madison, Wisconsin. 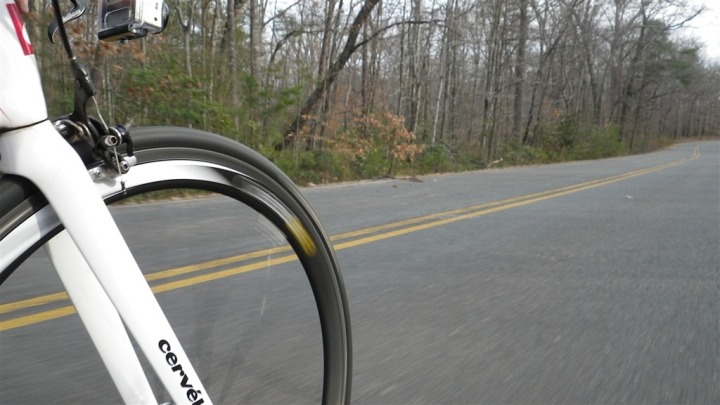 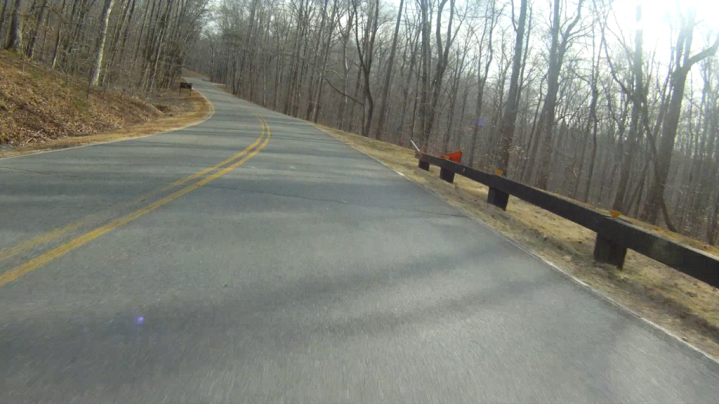 The Girl and I below, passing each other on an out and back section, while crossing a wooden bridge. 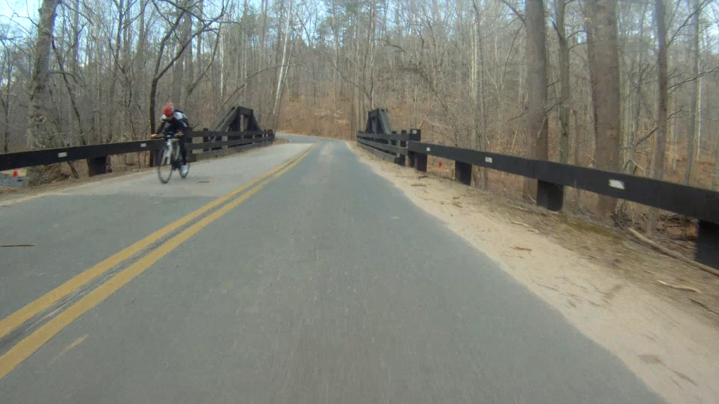 It was a good ride – with nice power numbers for the 40 mile, two hour ride. 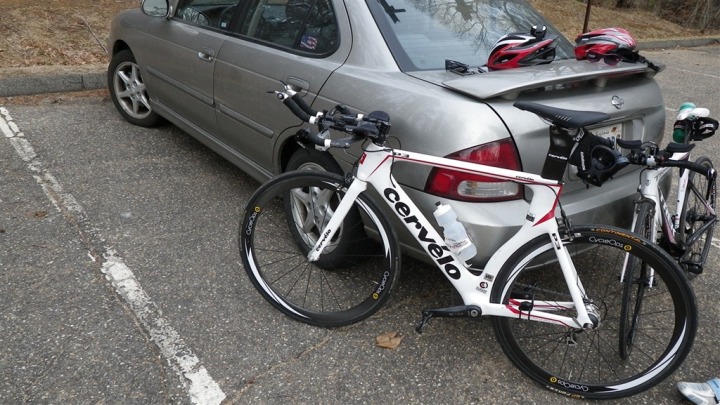 I used the TuneBug again – which I continue to enjoy when it works.  About 80% of the time it’s flawless, but there’s 20% where it drops out constantly.  It seems ride-based, meaning it works 100% on a given ride, and works 0% on a different ride.  It’s gotta be something I’m doing, but I haven’t figured out the pattern yet.  Doesn’t appear to be placement dependent though. 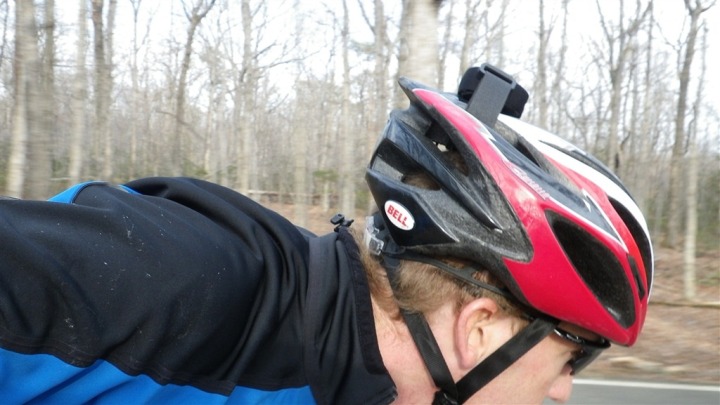 But, that said – when it does work – it’s pretty awesome.  I can clearly hear the cars and environmental sounds around me, while streaming music via Bluetooth from my phone.  Sweetness!

After that…only one thing left to do…cook-up a bunch of crabs! 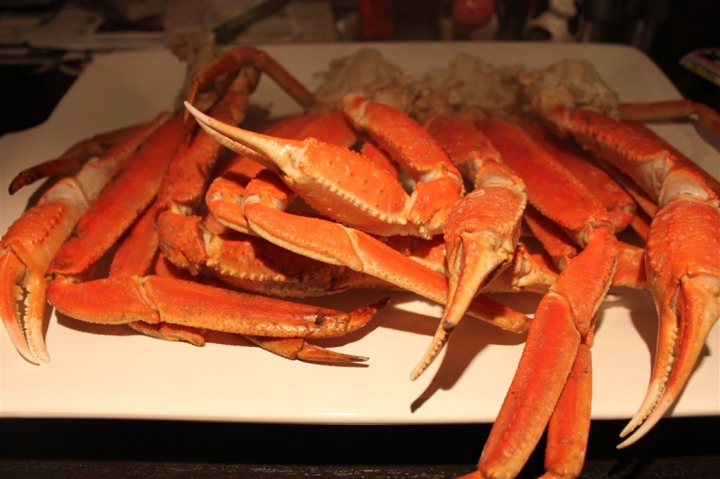 Well, crab legs actually.  Lots of them…for just me and The Girl.  All ours!

With that, thanks for reading, and hope you have a great week ahead!

P.S. – I spent a bunch of time this weekend responding to comments in all the following review posts, plus a handful of other How-To type posts (you did know about that section, right?).