Back to DC…and time to cook a grand dinner! 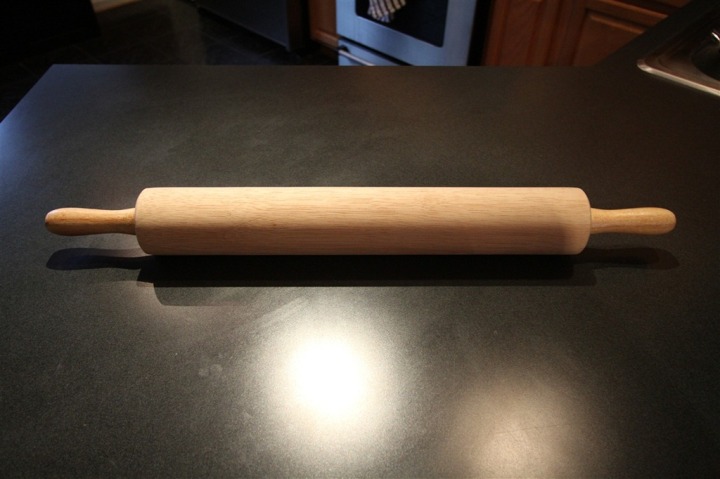 Why a rolling pin you ask?  Well, frequent folks to my product reviews know that I often use the rolling pin to compare different watches/devices – as it gives a much more even comparison between the different units.  The problem is, my rolling pin (standard kitchen sized), just isn’t big enough anymore of all the units I want to show at once. 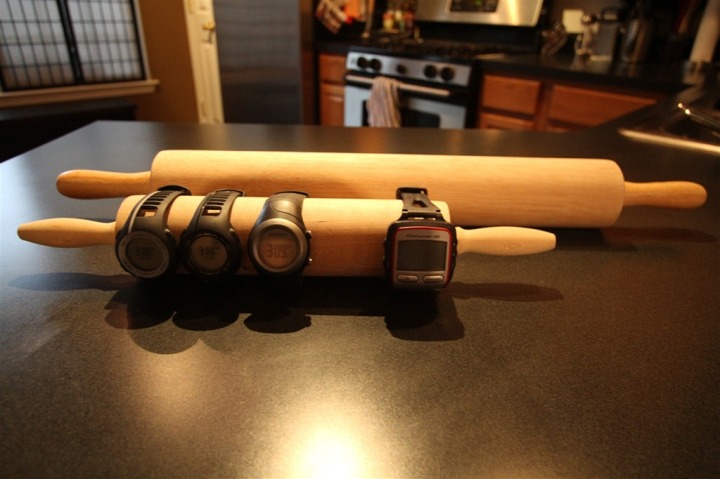 Thus…new rolling pin time.  I picked up this one at the local kitchen supply store – and it should hold up for a while!

Plus, it’s huge!  The only thing bigger is my meat.

No, really – my beef tenderloin: 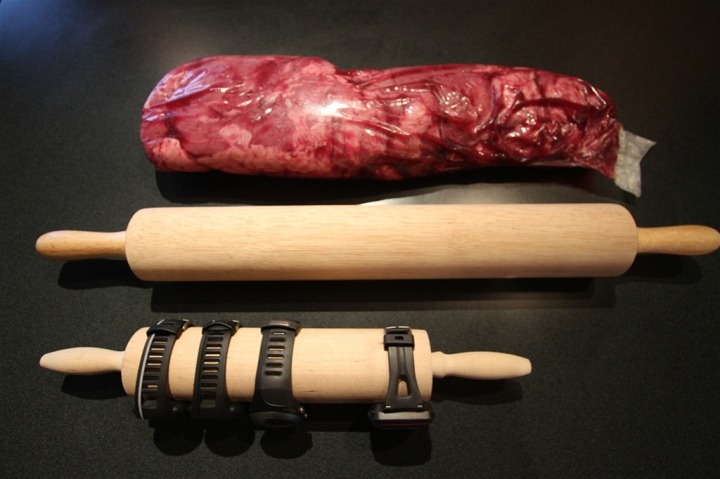 What were you thinking about?  Jeesh!

See, the restaurant store has large cuts of un-trimmed meat, so I pick it up there instead, as I can just trim it myself. 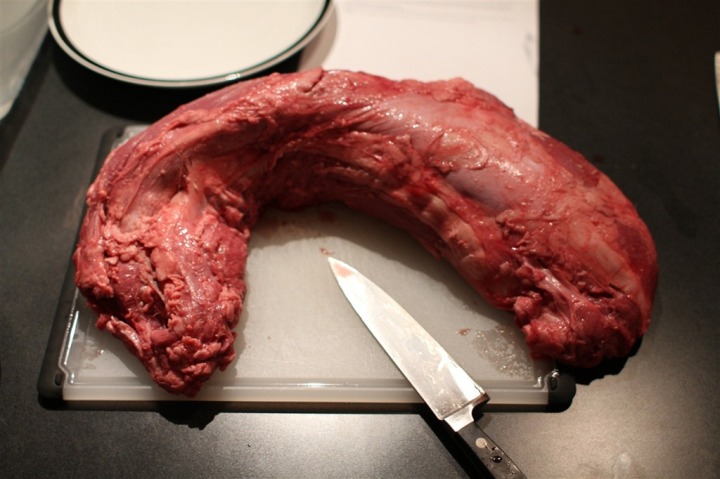 And trim I did (don’t worry, the scraps get used!): 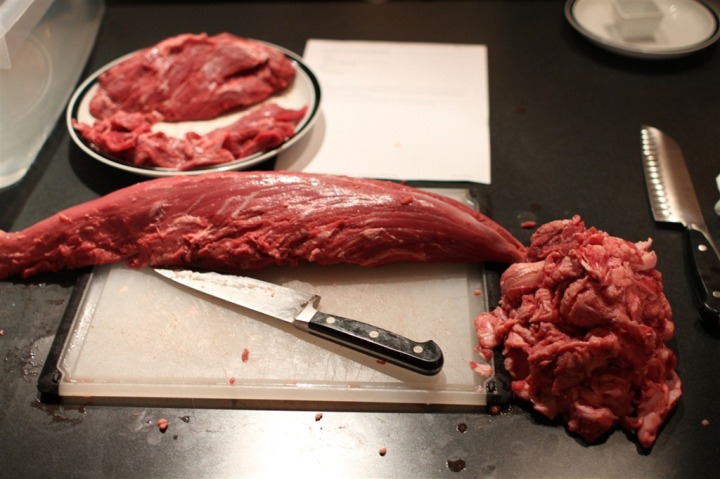 Oh – and for the record…below would be ‘the scraps’ that didn’t get used. 😉 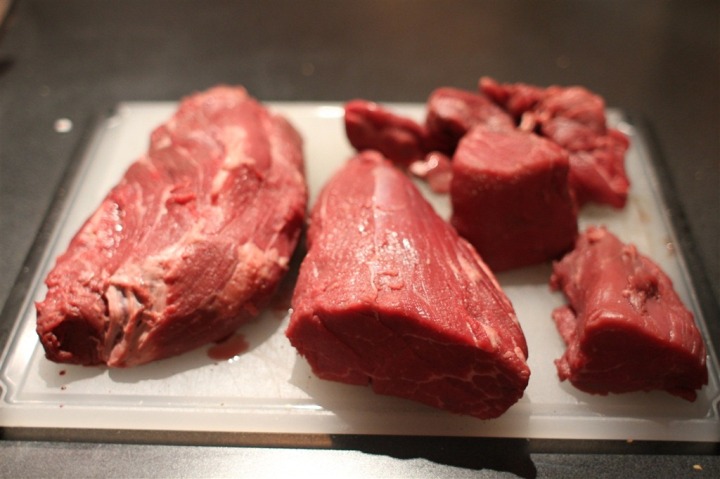 Meanwhile, on the other side of the kitchen a grand feast was being prepared.  With Lindsey and Carl over (yup, they be the Turkey’s from the Thanksgiving Day Costume post this year), each of us had an assigned dish.

For example, Lindsey was busy making fresh ravioli’s stuffed with a three-mushroom filling she created. 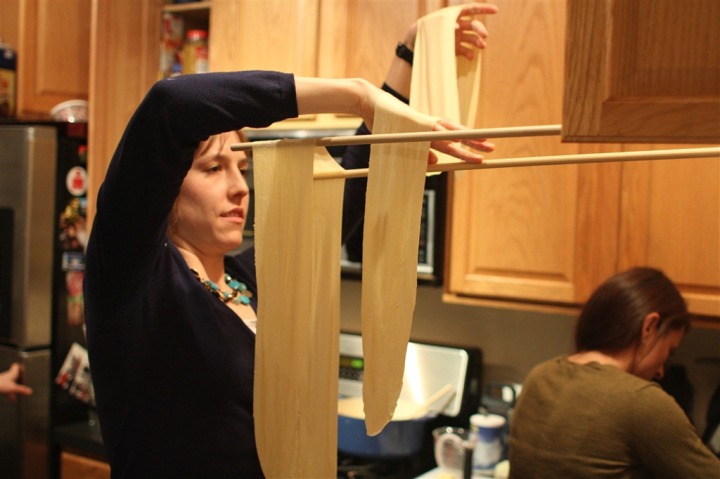 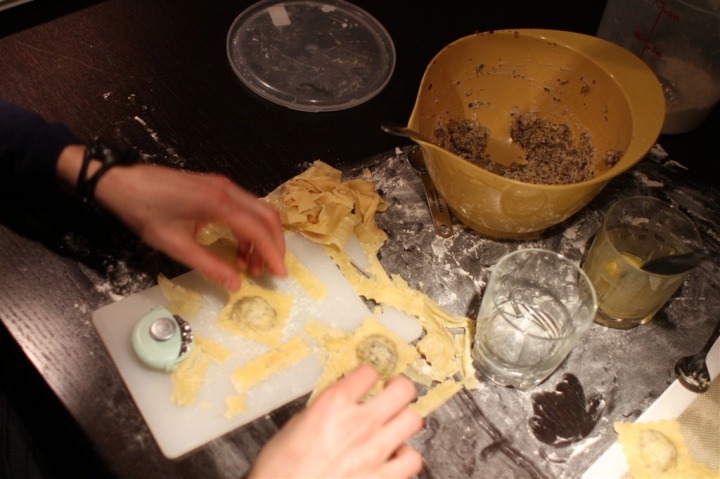 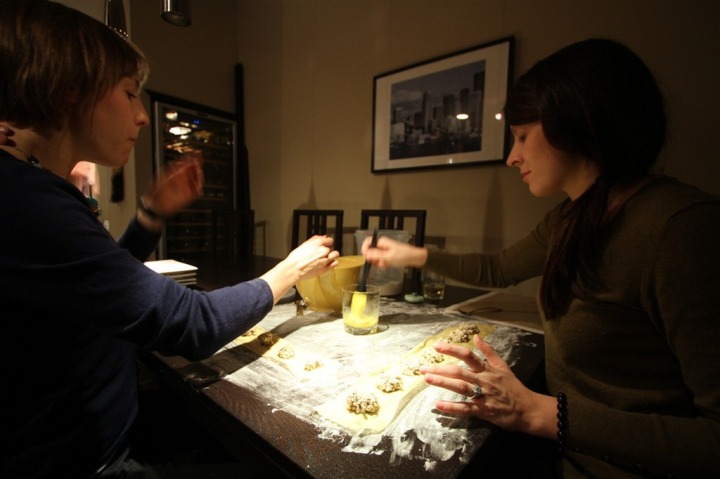 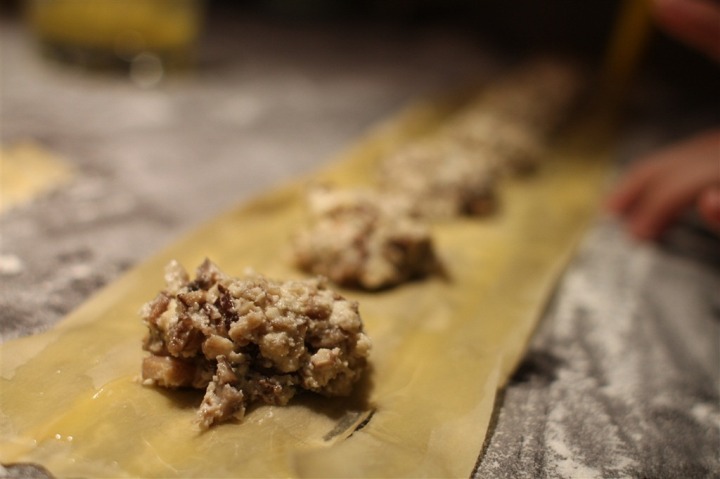 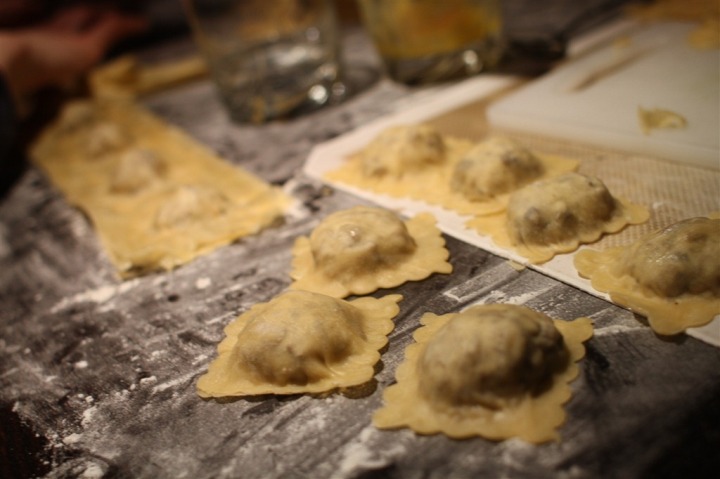 Meanwhile, The Girl was busy working away on some Lemon Risotto, which we planned as a bit of a pre-appetizer – kinda like a soup…except…Risotto instead. 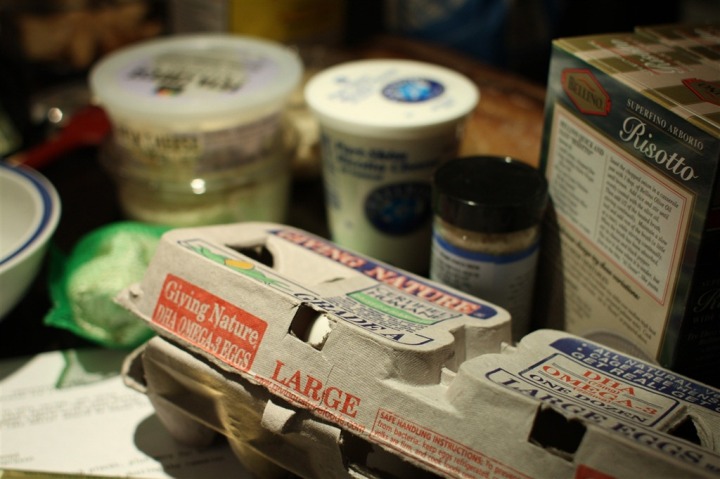 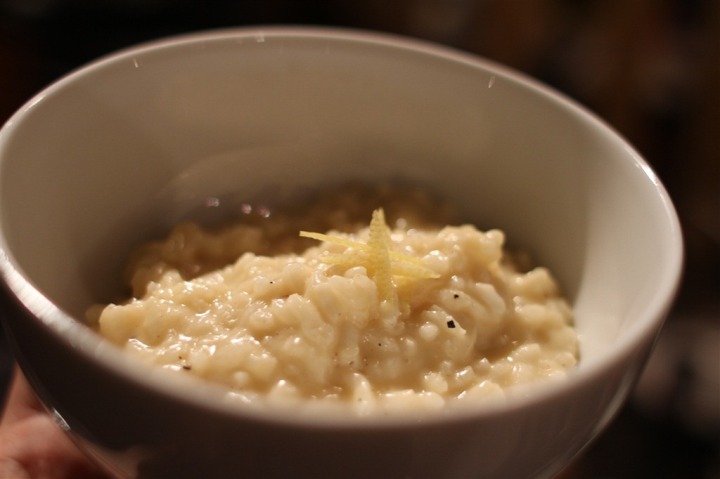 Carl was busy making dessert – which were some Chocolate Molten Cakes. 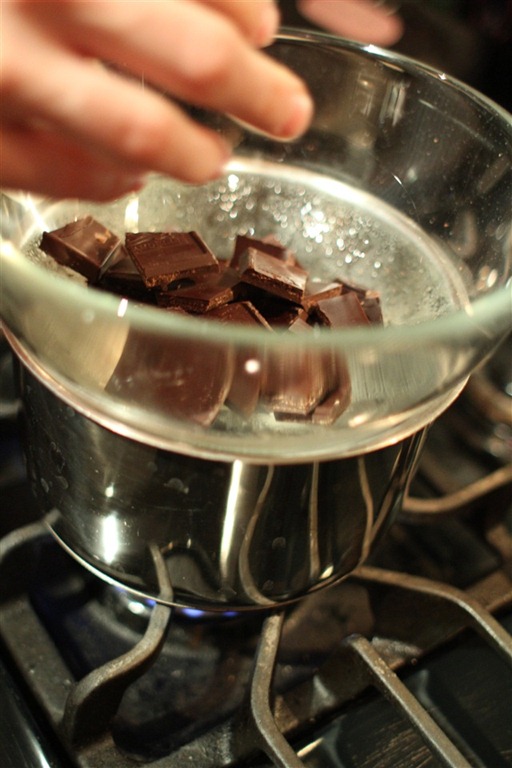 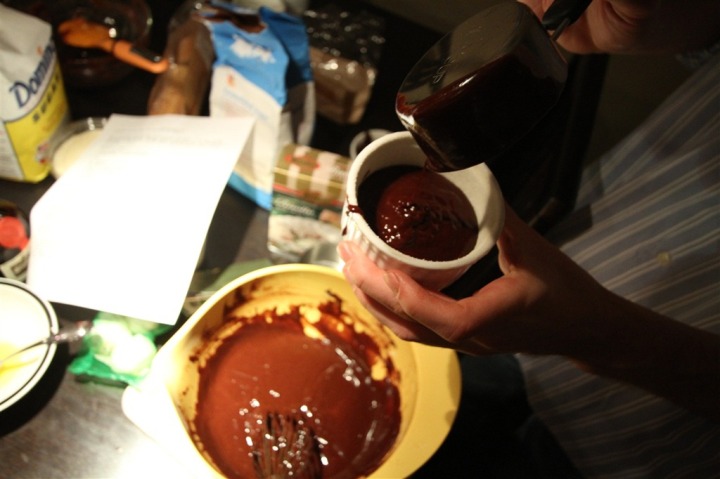 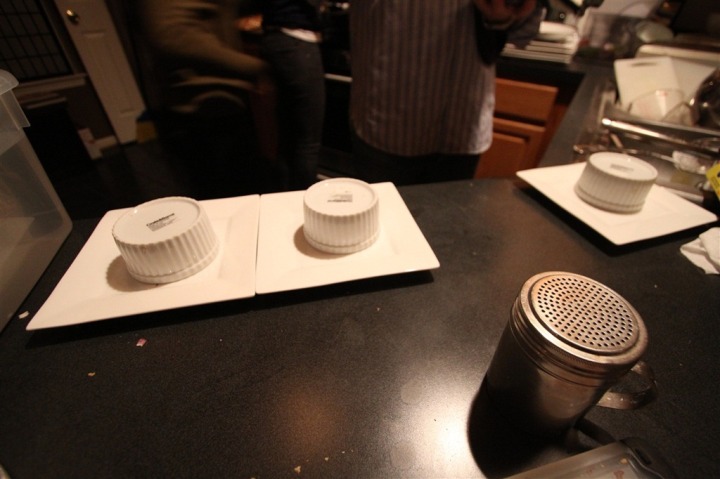 And I?  Well, I was with my meat.  And my Sous Vide Machine.  I’d end up also making a red wine reduction sauce to smoother the whole thing in.  One whole bottle of red wine with some sugar and red onions, reduced down to just a bit of syrup.  You can see it hanging back on the rear left of the stove between the cadre of other dishes that Lindsey and The Girl had going on: 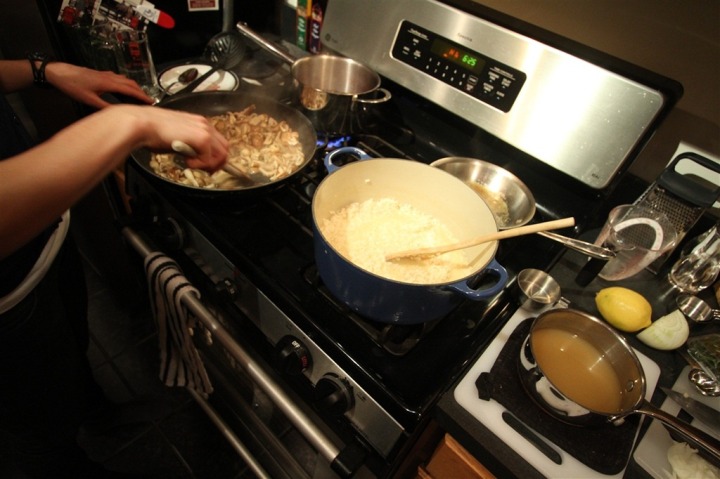 Once it was done, I would then slide it into the individual Sous Vide bags with the filet mignon steaks I carved out: 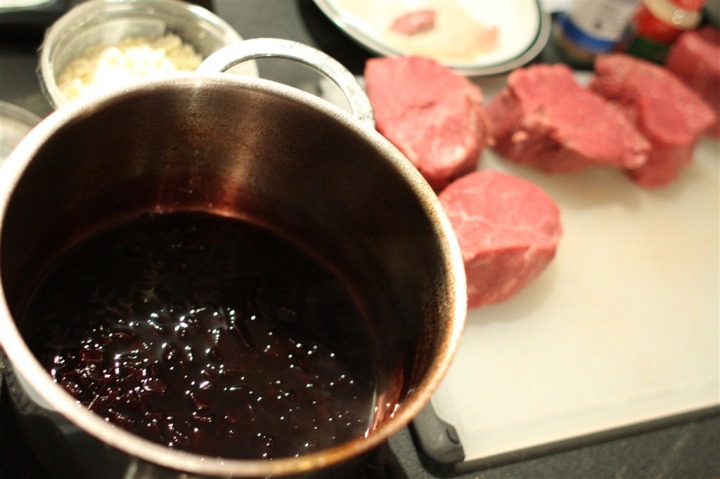 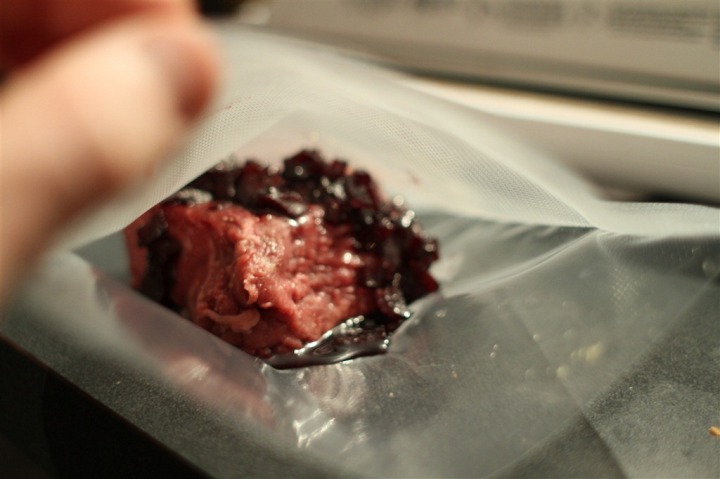 These bags would then hang out in the water at exactly 56.0*C, or basically – medium rare. 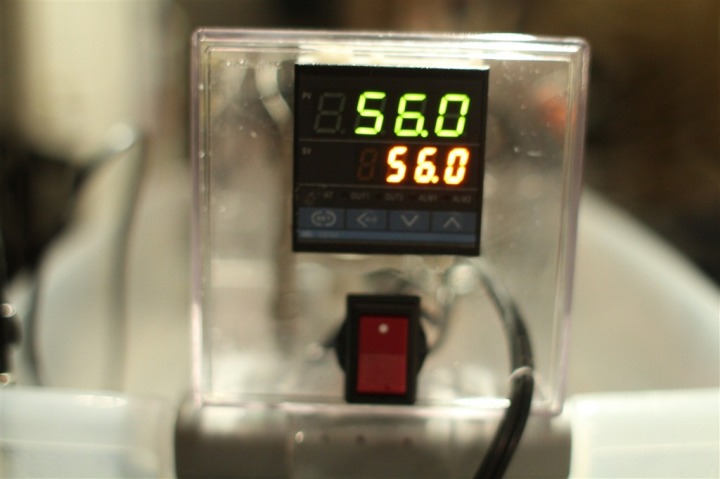 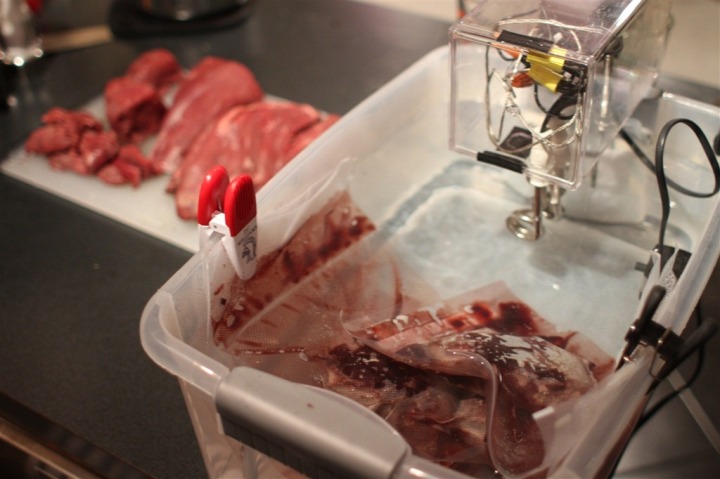 Oh, and somewhere along the way, these got made – just with some scraps from the meat: 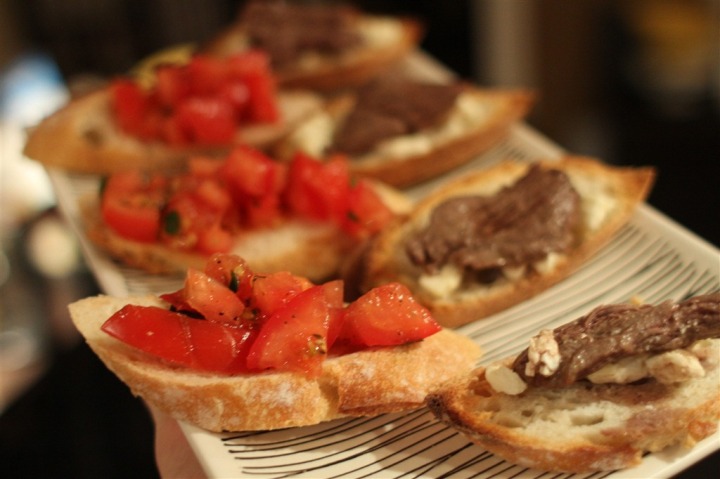 Once the steaks were done, it was time to blowtorch them.  This of course, is my favorite part! 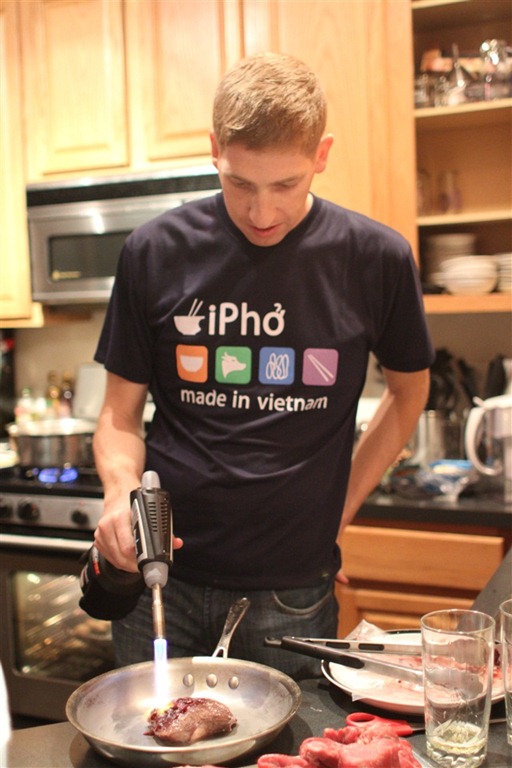 You may bask in the glory of not only my blowtorch, but also my totally awesome t-shirt – which I got in Saigon (Vietnam) on my last trip a few weeks ago.

The reason you torch them, is to brown the outside and give it a touch of crispness and flavor (though, they were crazy flavorful inside!).  You could do this with a conventional pan – but that runs the risk of overcooking what you’ve worked so hard to keep at precisely the right temperature.  By using a torch, it takes mere seconds – ensuring that the insides remain exactly consistent. 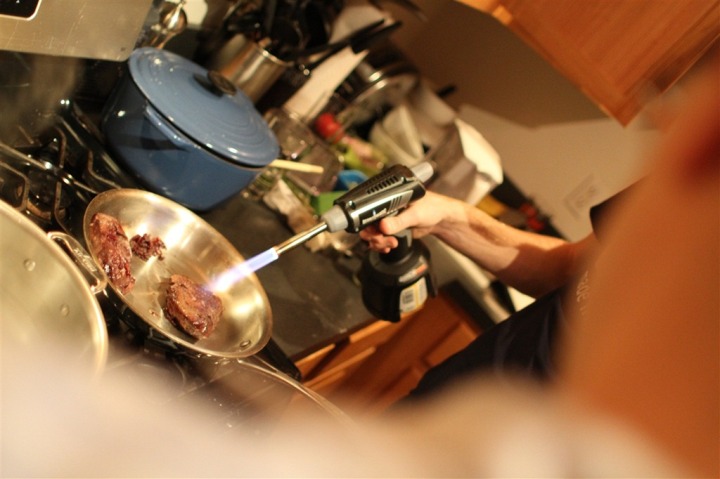 After that, the only thing left was to sit down and eat! 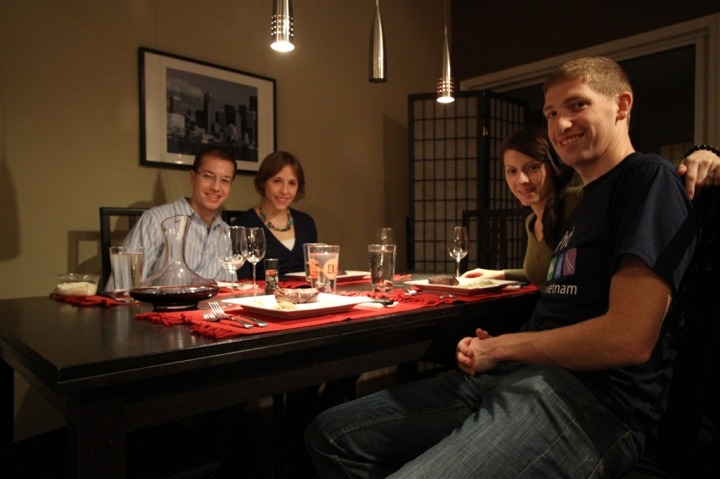 Except…the only half-way decent shot that came out was my half-way eaten steak.  Sorry, the meal was just so awesome that I didn’t stop to get good shots! 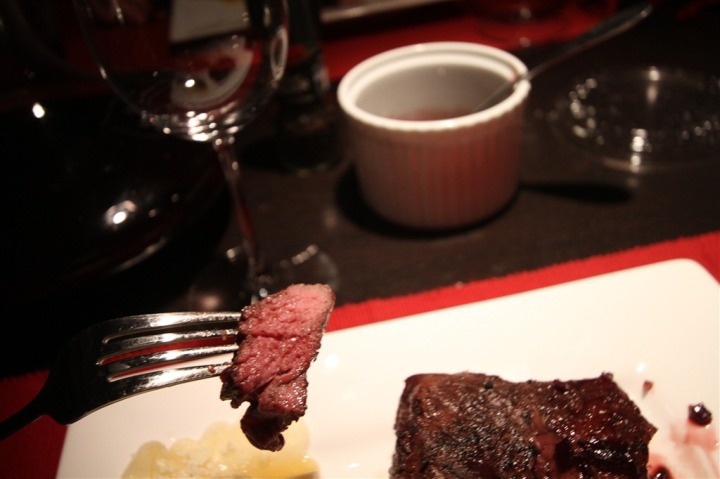 And awesomeness peaked with the Chocolate Molten cakes that Carl worked on: 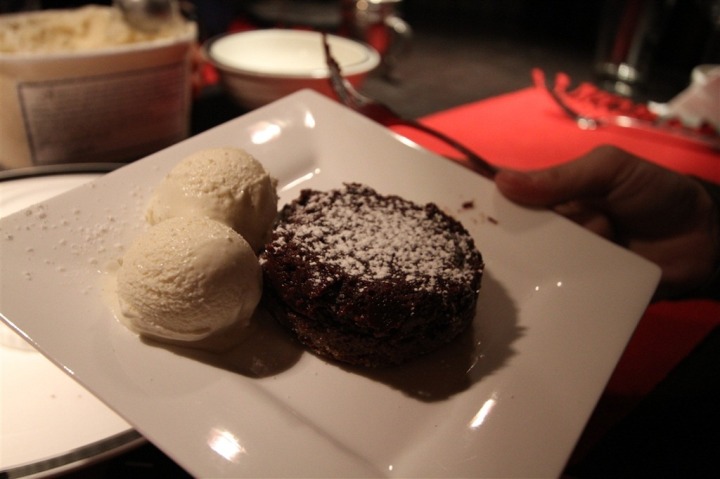 The only thing left to do…fall asleep!

And for that, I started playing with being able to hook up the Zeo demo unit I have and watch my brain waves in real time…you can see the specially made custom cable sticking out the back… 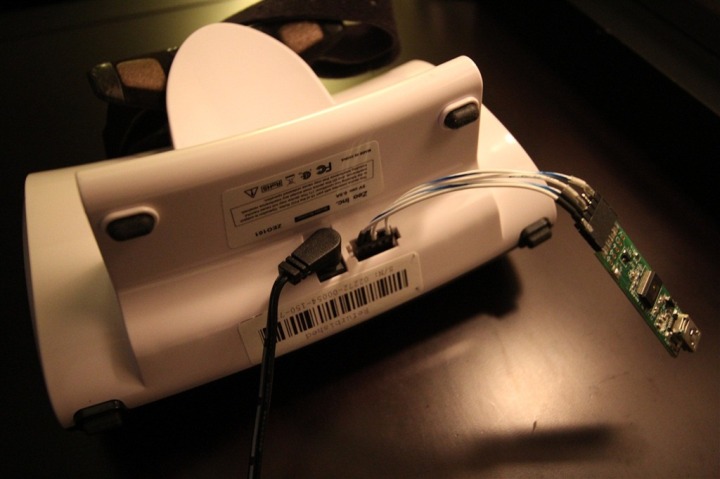 Have a good week all!  My stay in DC was brief, I’m back across a few ponds this week, but fear not – still lots of great posts coming!

(P.S. – Don’t forget the Wahoo ANT+ iPhone Bike Case Giveaway closes Monday at 5PM (Eastern), enter before it’s too late, since ya can’t get the unit publically for another 2-4 weeks!)