A weekend in Seattle

For me, this past weekend was all about recovery.  But the real kicker was… I wasn’t actually recovering from anything.  Well, any training or race event anyway.

Instead, I was recovering from the effects of 40,000+ miles of travel in the previous 30 days. After being sick for now 4 weeks, I was eager to try and get some solid rest and recovery.  So I did nothing.

On Friday evening after work completed in LA, I caught a flight up to Seattle to hang out with my parents for the weekend.  Only in my world would ‘nothing’ be a 2-3 hour flight.

But for the most part, my activities would be limited to sitting on the couch and watching TV.  And I watched quite a bit of TV.  I can tell you about all sorts of things – you want to know how they keep sand from accumulating on some new buildings in Abu Dhabi?  Yup, Discovery explained it to me.  But I’ll spare you.

However, the first thing I did Saturday morning after waking up was check out what Mr. Zeo said about my sleep.  While I’ve been using it the last few days – I hadn’t had a chance to actually look at the data on the website yet.

What I found though…is this thing is really really cool.  Check out the data from my sleep on Friday night: 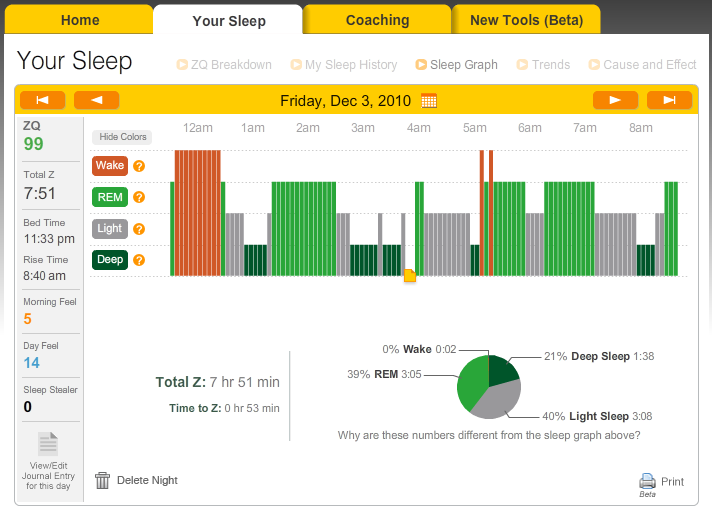 Now, the initial part is slightly skewed because I put the head band on, then forgot I needed to finish up a few quick things on my laptop, so it was another 35-40 minutes until I actually ‘went to sleep’.  In reality, it took all of about 8.2 seconds to fall asleep once I put my head down.

Unlike traditional accelerometer based sleep devices (FitBit, and iPhone Apps), this actually measures brainwaves via the sensor system.  In fact, you can even build yourself a cable to configure the device to read to a PC in real time.  And yup…I’m gonna do that for the review!  Really cool stuff.

However, what’s also useful though is the log system, where I’m able to start tracking what affects my sleep.  Now, I’m somewhat lucky in that I don’t have any problems sleeping – likely because I’m probably in a continual state of exhaustion – but, if I did, the log system helps to start identifying trends:

More to come on the Zeo…I’m finding it fun to start playing with an entirely new device type.  I’m so used to playing with things like GPS watches that this stuff is really cool – especially since the company is so heavily geared to athletes, and triathletes in particular.

I’ve also been amazed at the response from numerous folks that experience sleep issues, interested in how the device works.  I can really see how if one suffered from sleep issues you could rather quickly start to develop trends based on the device and its web logging capabilities.

I did venture out of the house on Saturday night for a bit to attend a holiday Christmas party for my Dad’s work.  My brother also works there, so I got to spend a bit of time with the whole family (as my Mom naturally went as well). 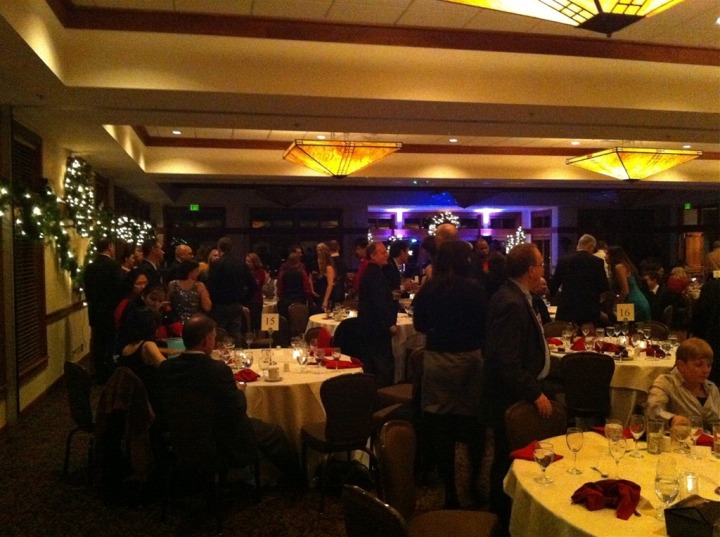 Soon, Sunday rolled around…and after a lot more sleeping, I’m starting to feel a bit better. Not anywhere near major improvement – but I’m happy to have any improvement at this point.

At one point in the afternoon my Dad mentioned that his Garmin cadence sensor was acting all funky with his FR305 unit.  So I took a quick look at it.  Of course, the quickest way to troubleshoot was to snap on my Wahoo Fitness ANT+ iPhone receiver and scan for his cadence sensor. 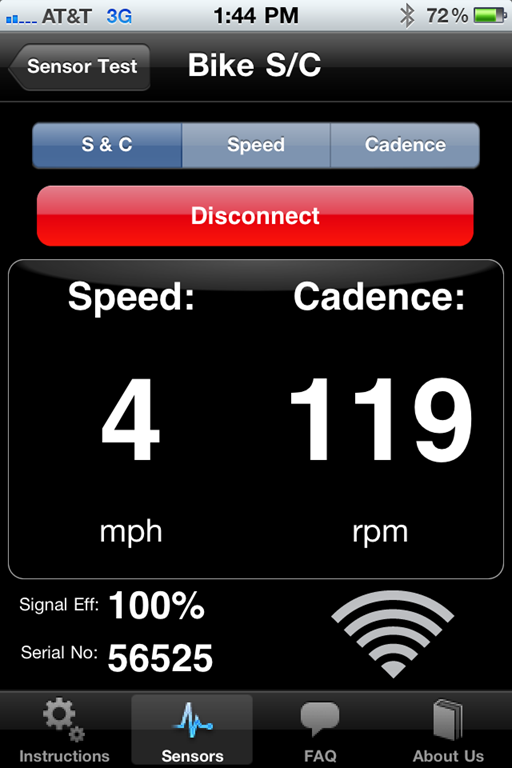 This allowed me to quickly troubleshoot the issue (the sensor arm needed to be closer to the sensor) and get everything up and cookin’. 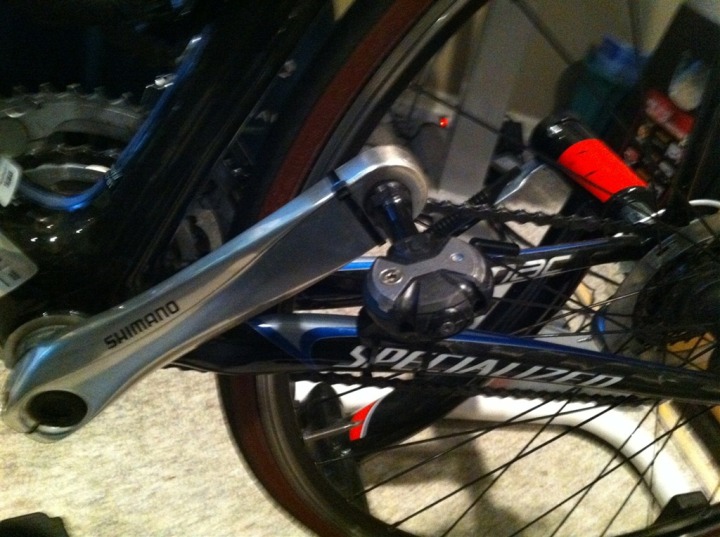 Of course, I could have just as easily grabbed the Digifit or Enki fitness adapters – but it was simply a matter of whichever adapter my hand found first when I dug into the TSA nightmare of a backpack I have full of electronics (some day I’ll have to post on all the crap that’s in that bag during a typical trip).

After spending the remainder of the afternoon firmly planted on the couch watching my true hometown football team the Seattle Seahawks crush the Panthers (my hometown team is NOT the Washington Redskins – and even if it were, I’d never admit it anyway – especially after this weekend), it was time to head on back to the airport.  Along three hours crammed on a regional jet.  Yuck.  I’ve become spoiled with having all my flights as of recent on larger 747’s, 777’s and similar wide body aircraft. 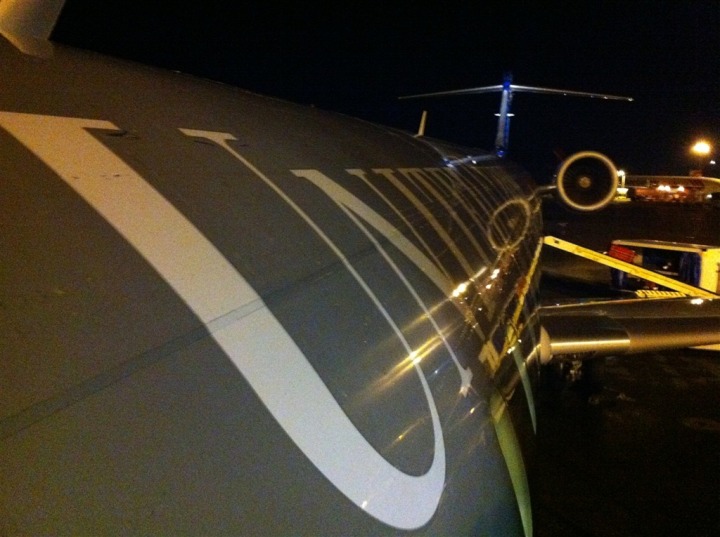 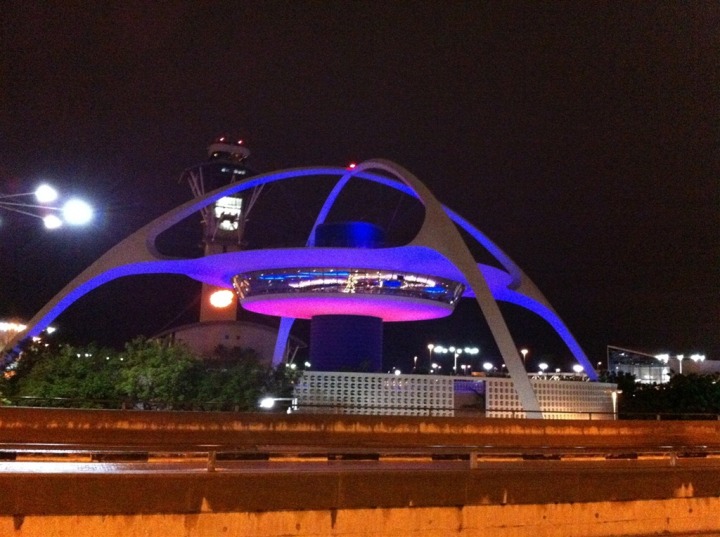 Thankfully, just 12 hours left before I get to go home – been since November 2nd as the last time I spent any more than a few hours at the house.  Looking forward to spending a whole week both at home…and at home with The Girl. 🙂

(P.S. – Sorry for all the cell-phone pics this post, my regular DSLR is getting all cleaned up at the Canon repair center here in LA, hopefully I’ll be able to pick it up tomorrow.)