How Sports Technology companies could learn from Southwest Airlines

If you follow the all of the Internets much, then you probably saw a flurry of news activity around Southwest airlines early last month.  These were from reporters large and small – everyone from the local paper, to the major blogger, to the New York times.  And it wasn’t because Southwest had any major incident occur either.  Instead, it was because they invited everyone to a day of Southwest immersion at their headquarters  – officially dubbed ‘Southwest Media Day’.

Their goal was to not only share some minor announcements – but to also tell the backstory of the company  and its people in a variety of departments through a series of tours for the media.  Other aviation organizations do similar things throughout the year.  US Airway’s done one, Boeing does it all the time, along with many others in the sector.  You may look at these companies and think ‘They’re so big, they can afford it!’, but in reality – many smaller companies in the aviation sector (ones far smaller than the likes of Garmin and Polar) do the same thing all the time.

Aside from a trip to a what is invariably a no-name business park (lacking the flare of an airport ramp) – why should sports technology companies do this?

We’re somewhat lucky in the sports technology business that most of the product founders are active athletes themselves. As a result, they tend to make themselves more visible – either at races, or even training groups.  They tend to be passionate about their product not just because it brings them dinner, but also because they use it every day in their training trying to attain their personal goals.  In most cases, these same company owners developed this product as a way to solve some nagging problem for themselves – only to find they could make a profit on it in the larger market.

Back in late September when I was at the ANT+ Symposium, I mentioned to the ANT+ team that was running the Symposium how amazed I was at how passionate every single team member there was about not only their products, but really about sports in general.  In the case of the over 200 folks representing any number of ANT+ companies that were there, the vast majority were putting sport and alliance together over individual company agendas.  It was actually really fascinating to see – especially given how many conferences I go to in the IT world – and I rarely if ever see such cooperation.

And, more importantly – when you brought them out of the context of a product conference call with a rigid list of question, you started to learn more about who they were, and why the products ended up the way they did.

You’d be amazed at all the little stories I heard in completely offhand conversations with different product teams about how feature XYZ manifested itself.  These are some of the stories I’d love to tell.  But they aren’t the type of stories that ‘spring up’ on a 45 minute conference call with an agenda.

Isn’t that what Interbike is for?

At this point, some of you may be saying ‘Wait – we have Interbike – why not meet there?’.  Yes, we do have Interbike.  But Interbike is about the business of retail – and the business of cycling.  It’s about fitting your questions and answers into a specific 15-30 minute slot that you’ve setup via the PR rep for that company weeks in advance.  It’s about a very carefully choreographed dance between retailers, manufactures and media.  The venue doesn’t lend itself to anything more than what’s presented on the show floor.  And further, it doesn’t lend itself well to just grabbing a cup of coffee and chatting.

Does the below really look like the best venue to have an in depth conversation? 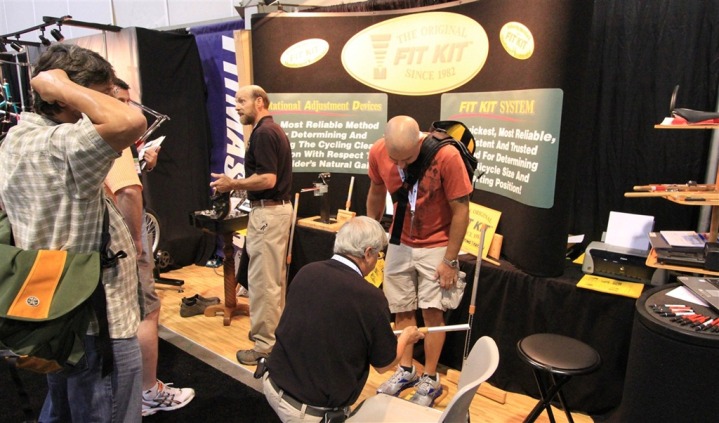 While I certainly had many ‘cups of coffee’ with a number of folks (the folks from Brim Brothers being just one example), they were always fit within a very explicit timeframe.  Because, after all – we all had appointments to run to.  Interbike is built around the apportionment system, along with events designed to keep you moving nearly 24 hours (especially once you add in the time to actually do the writing).

Is there really stuff to see and write about?

Of course, at first glance an airline is an easy company with many ‘interesting’ things to go and see.  You’ve got everything from how baggage systems and personal work, to flight simulators, to customer service and reservations agents to the pilots, flight attendants and the shiny aircraft themselves.

But, you’d be surprised how many interesting roles sports technology companies have as well.  For example, you’ve got product designers who are always eager to show off their latest wares (which can be announced at the event itself).  Then you’ve got the folks who repair your device after you’ve thrown it across the pavement at 32MPH.  Wouldn’t it be interesting to see them take apart and restore a device, guts and all? 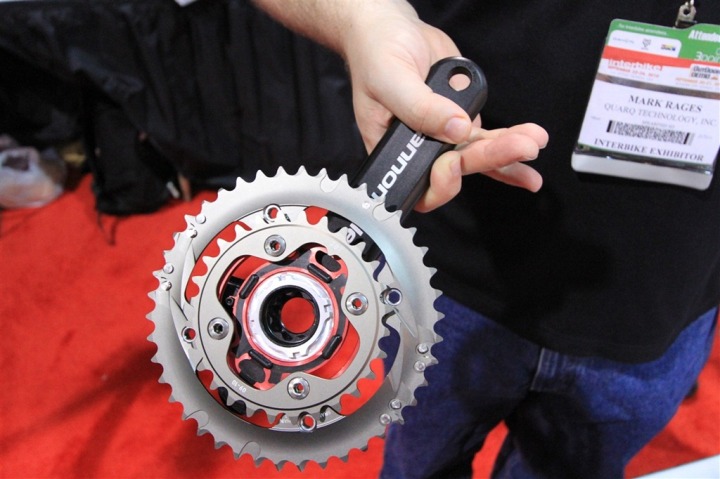 And that’s before we even get to manufacturing and testing.  Of course, some of these companies build the actual product overseas – but a surprising number of sports technology companies also build product in the US.  For example – Quarq – makers of power meters makes everything at it’s home in South Dakota.  Wouldn’t it be cool to see how they put together a power meter from start to finish?

And, I remember – some in the endurance sports field are already doing this.  CLIF Bar recently did this just a few months ago – to great success.

Of course, anytime you have an event like this – timing is everything.  For the vast majority of sports companies in the endurance sports field, that time is spring.  Sure, the cycling world revolves the bike EuroBike/Interbike duo in August/September – but everyone else aims to have products ready by Spring for the warm weather fitness craze.

Thus…in this case, there is plenty of opportunity for companies to plan an event for next spring.  Just let me know when…and I’ll wander on out.