A hill workout in the snow

Yesterday evening, with yet another impending snowstorm I had a decision to make – try and drive to an open treadmill, or tough it out on the snow covered hills for my weekly hill repeats.  On one hand I have the chance to get outdoors, and on the other I have the chance to drive across super-sketchy roads and bake inside sweltering in Z5. Ok…let’s be honest – that’s not a terribly hard decision – outdoors I go!  Well…outdoors we go.  For the first time, the Girl would join me on the weekly hill workout – she normally does the same variant indoors, but Coach gave her the ‘OK’ to join the snowy fun. 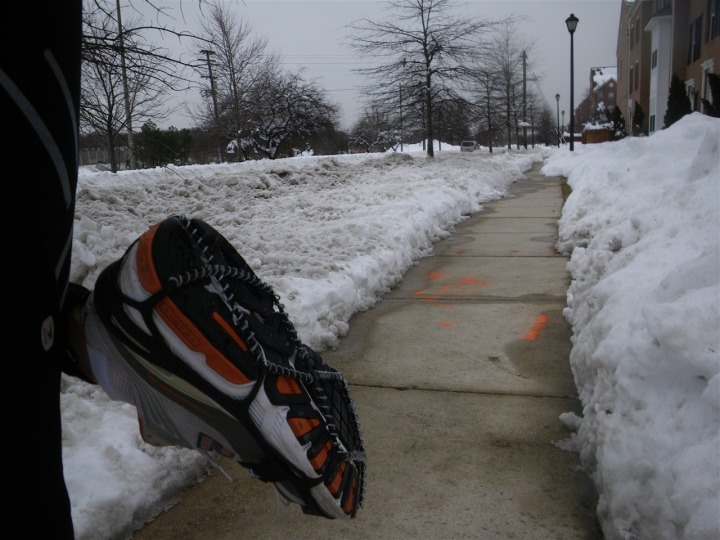 So we both snapped on the Yak Traxs – which are by far the best $20 investment I’ve EVER made.  Out of all the junk one ends up purchasing (cheap or expensive) between the three sports we train for, I have a hard time thinking of any one item $20 or under that allows me to train all winter long.

Out onto the roads we went.

Just as we finished our initial 10 minute warm-up we ran into a minor SNAFU trying to cross through a bike trail cutout.  The snow was knee deep for about 50 yards.  Doh! 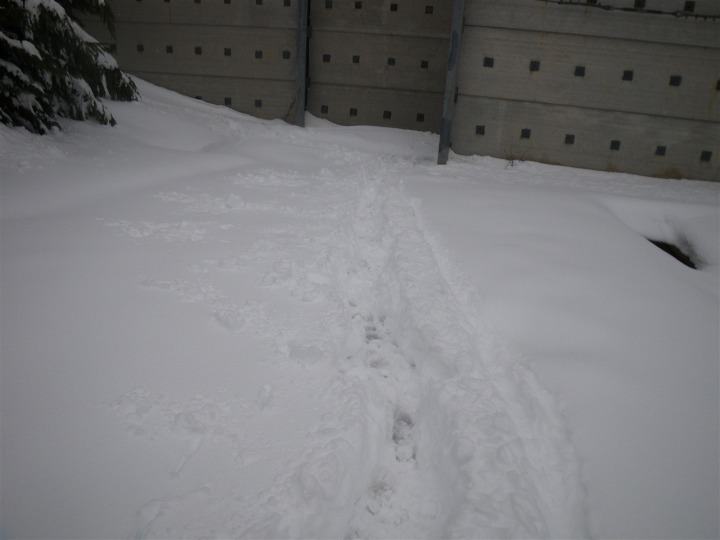 But soon we were on our way back at speed cooking along. The streets were mostly a mix of compact snow and ice, with occasional bare spots where salt had worked it’s way down to the pavement. 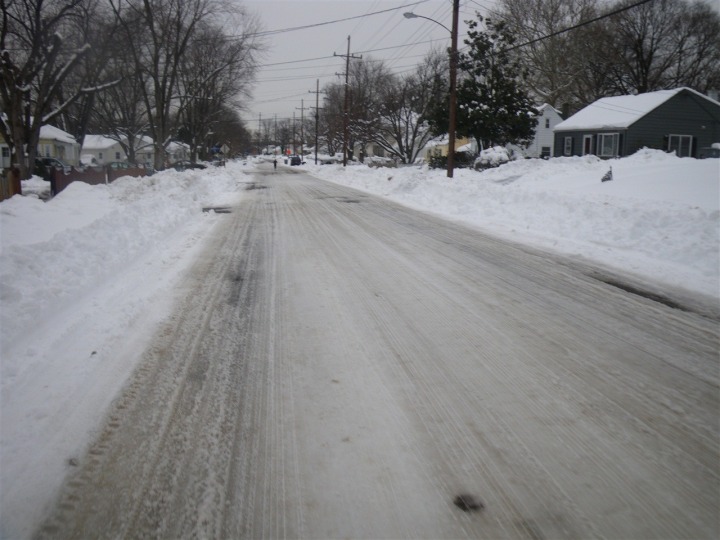 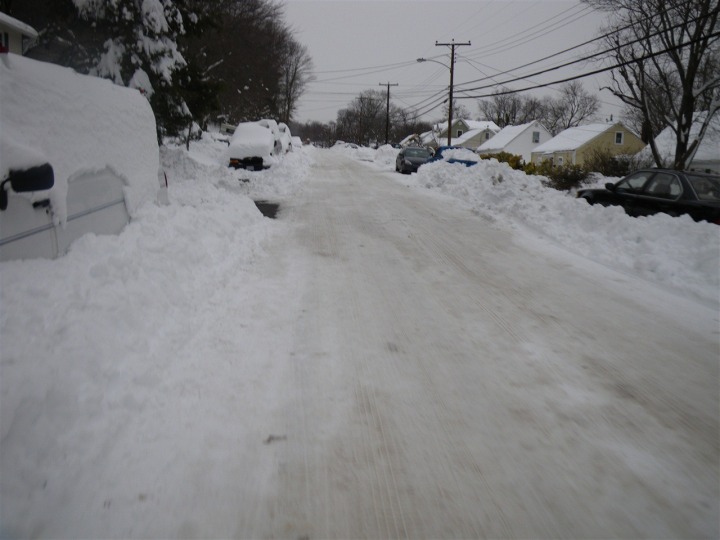 The hill is almost a mile long depending on where you start.  The slope is pretty gradual at first, but for the last 90 seconds or so it shoots up pretty steep.  Here’s my blurry-cam picture below, but what can you say?  I was trying to run hard up the hill. 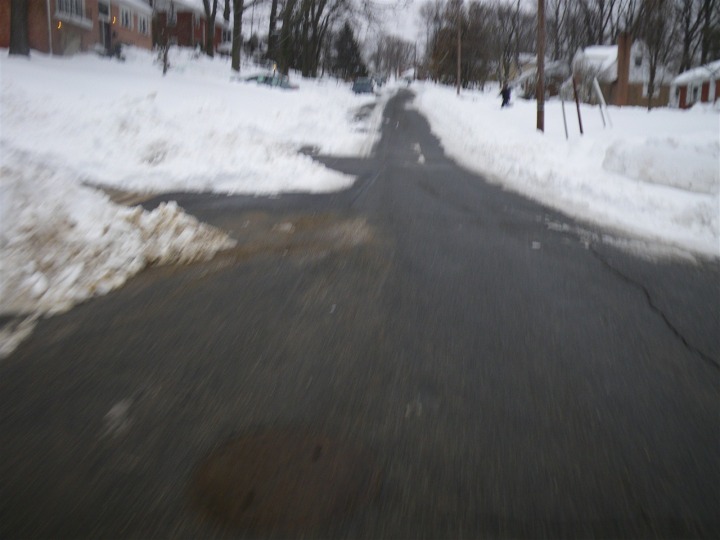 If you check out the sideways profile of the hill, it looks like below (starting from left to right): 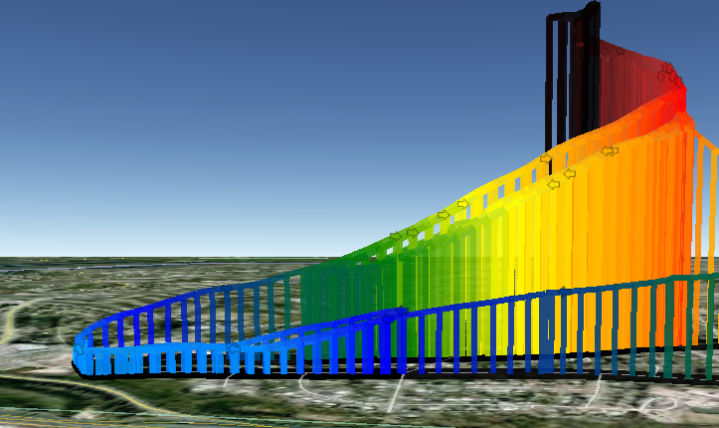 (The above is a cool little plug-in that shows any parameter (elevation in this case), for Sport Tracks, and uses a gradient of colors to help visualize it with Google Earth. I mention it in more detail here.)

The only issue we really found was the slushier snow created by some vehicles made it tough to get good footing for brief sections.  But I found I could wander my way around those and still make good time.  My paces weren’t that far off of previous weeks, so I was pretty happy with that.

I usually reach the top of the hill before my five minutes is up (which is actually what controls the workout), so in order to ensure I keep my HR up I have to really push rather hard over the crest of the hill onto the flats. To me this has been the biggest eye opener over the past month with respect to this workout – understanding just how hard you have to push to maintain that HR once cresting and then back on the flats.  To put it into perspective – in order to maintain a 185ish HR while cresting the hill, I take a speed that’s 7:12 at 6% incline, and have to drop it to a 4:54 at a 0% incline (flat land). 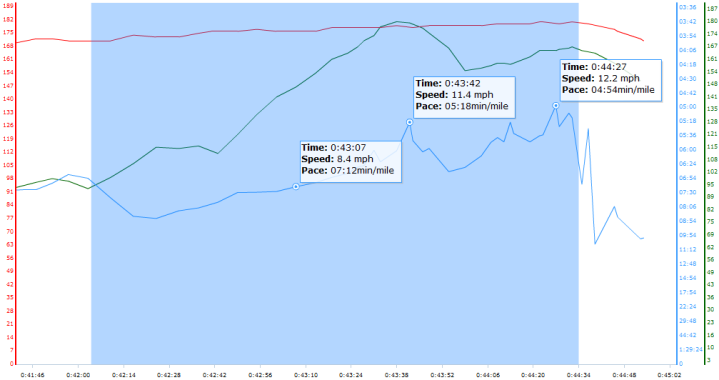 (Above, note my HR remains roughly constant (red), but as the hill crests (green), I have to step up the pace from the hill-climb pace of 7:12/mile to a 5:18/mile and then finally a 4:54/mile – before my interval ends.  Via Training Peaks.)

I’m going to be really good at cresting hills by time the seasons first tri race comes along in April  – by then I’ll have done 53 repeats on this hill.

Anyway, by the 3rd or 4th set it started to snow again, though it wasn’t too bad thankfully.  I wrapped up after five sets on the the hill – my planned allotment – and started my journey back.  Along the way I have 4x200m sprints to do – which is unsurprisingly challenging in the snow.  Sometimes you luck out and get a nice clean stretch to do them: 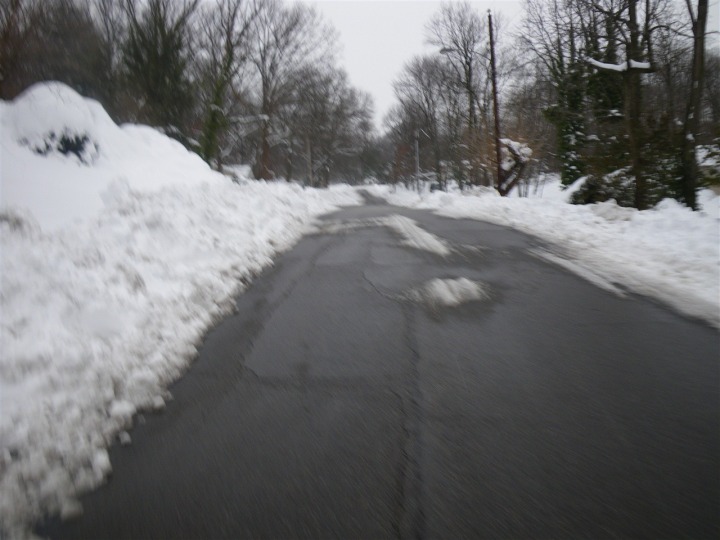 And sometimes the snowplow gods have simply crapped all over the road mid-set: 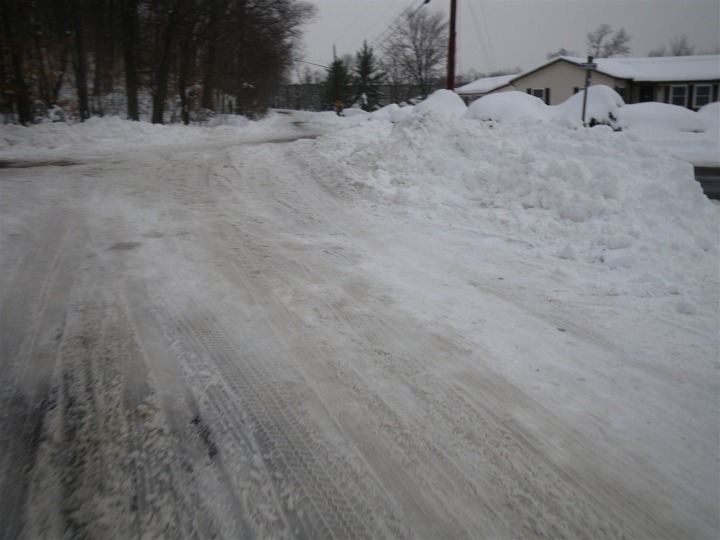 After wrapping up the sets I met up with The Girl down the road a bit and continued our cool down home…all in – 12.51 miles snow-running of goodness. 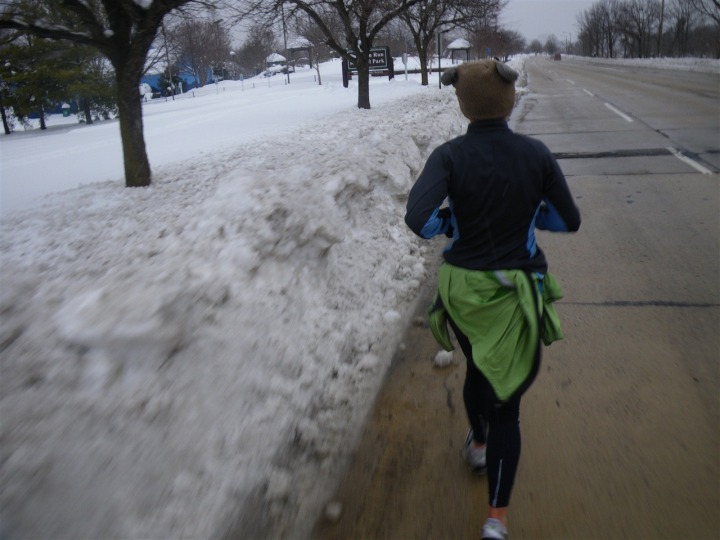 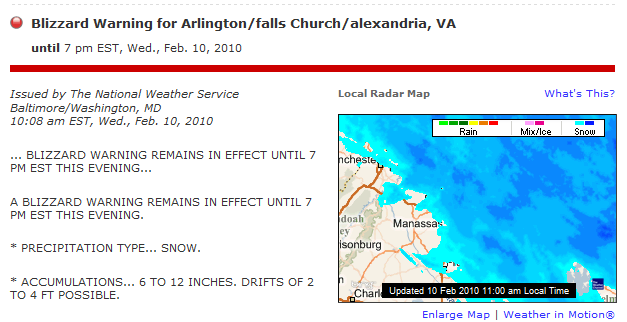 Either way, more snowy fun ensued today…deets to follow once I dig out.  Again. 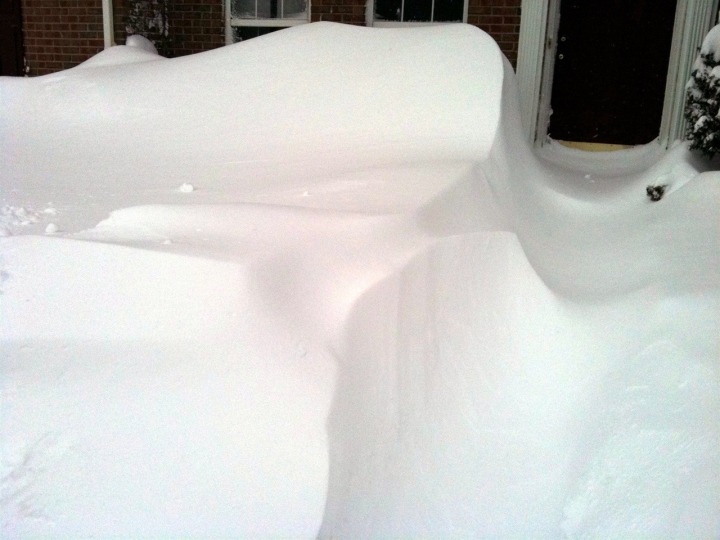