While the ride was technically scheduled at 118 miles – just two miles short of my all-time 120 mile high, the weather conditions forecasted made it clear it was going to be a long…long ride.

Despite temperatures into the rather nice 80*F range for Friday (and mid-70’s for Sunday), Saturday was going to be the stubborn middle day with temperatures in the 50’s-60’s, rainy, and windy.  Just what I was looking forward to for 6 hours of ass on bike seat time.

Coach Alan had put together a course similar to the 120 mile one of a few weeks back, though this one would go the opposite direction, and add in a beach instead of a national refuge.  However, despite the Garmin Map Source software telling me it had downloaded the track to my computer, it didn’t. 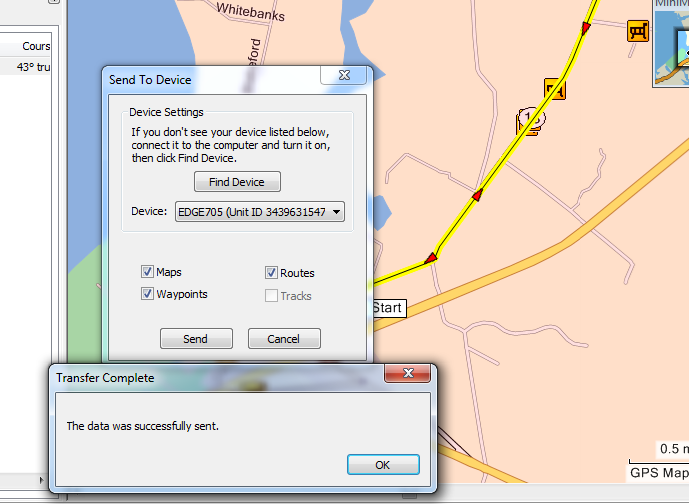 However, I didn’t notice this little detail until AFTER I drove all the way out there.  Luckily, I still had my original 120 mile course on there, so I simply followed that and made some on-bike navigational changes as I went along. 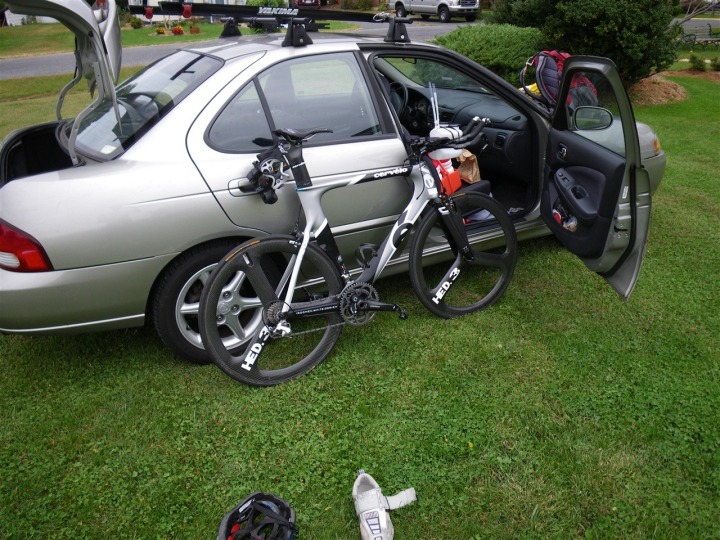 While I don’t always use race wheels on long training rides (sometimes I do, when adjusting to them in the mountains), my normal training wheels decided to strangely get a slow leak flat on my trainer earlier in the week.  And naturally I was way too lazy to deal with it, so onto the bike the race wheels would go.

I also continued my quest for figuring out how to hold 5-6 hours worth of EFS Gel on my bike.  This week’s attempt included a full water bottle of the stuff, with tape marking off each hour (top of the tape line is an hour). 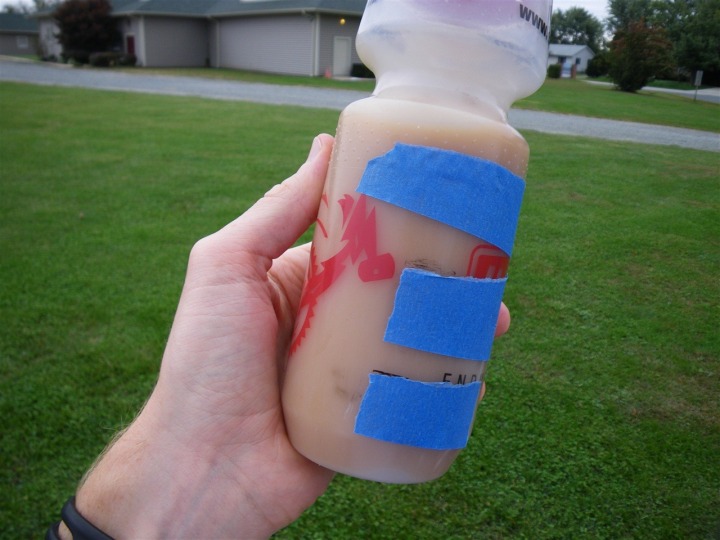 However, due to my inability to correctly plan, I didn’t have enough EFS gel on hand for 6 hours of cycling.  So I supplemented it with some Crank E-Gel packets I had from earlier in the year.  I stuffed a crapload of them into a water bottle and then stuck it on the rear cage.  Simple and functional. 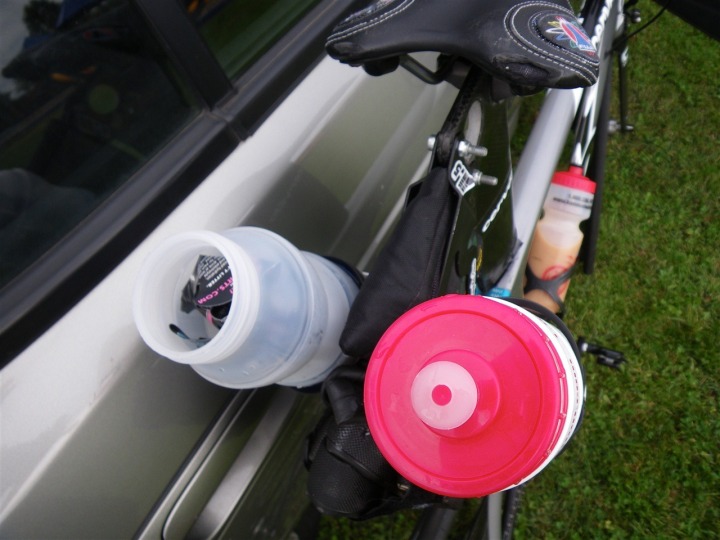 With that, it was time to ride.  I didn’t take a ton of pictures.  Really, for two reasons.  One – it was a crappy day out, and all the pictures would turn out fairly unexciting and crappy.  And two, it was so darn windy I didn’t want to end up in the ditch with an unexpected gust of wind. 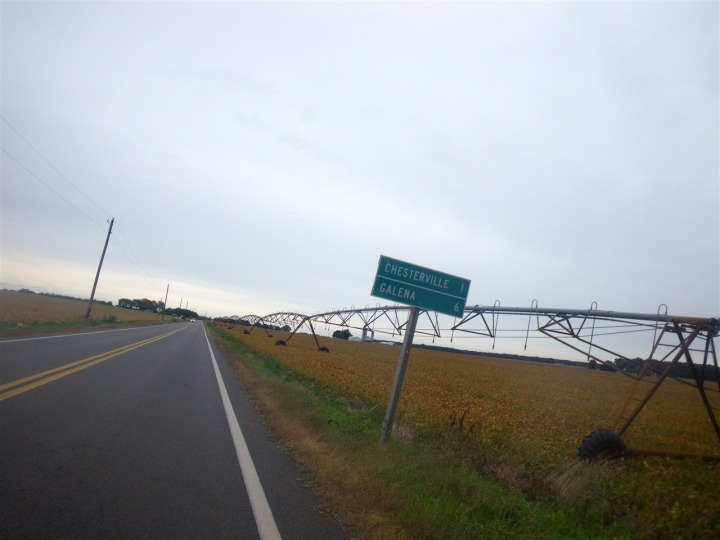 I took a similar picture to the above one at the same spot just three weeks ago – then the fields were all green.  Not so much now. 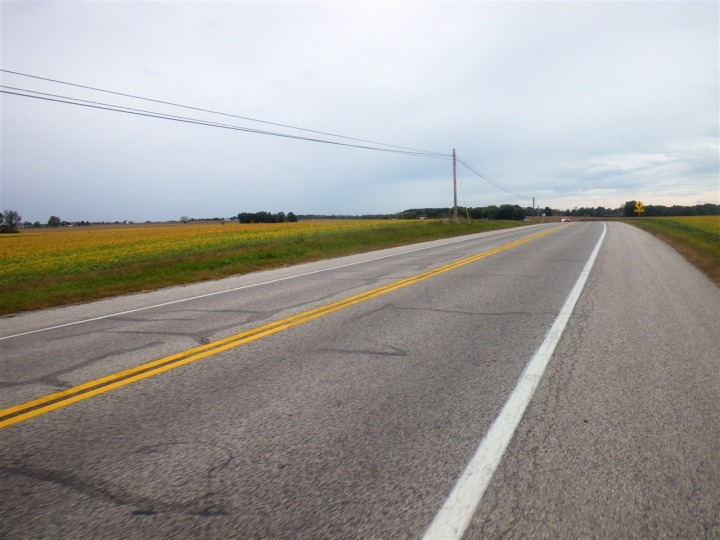 After battling the wind for about two hours I hit up my first water stop.  Like last time, I picked up a gallon of water at the gas station for $1.79 – which is by far the cheapest way to refuel existing water bottles (compared to buying 24-28oz bottles of water). 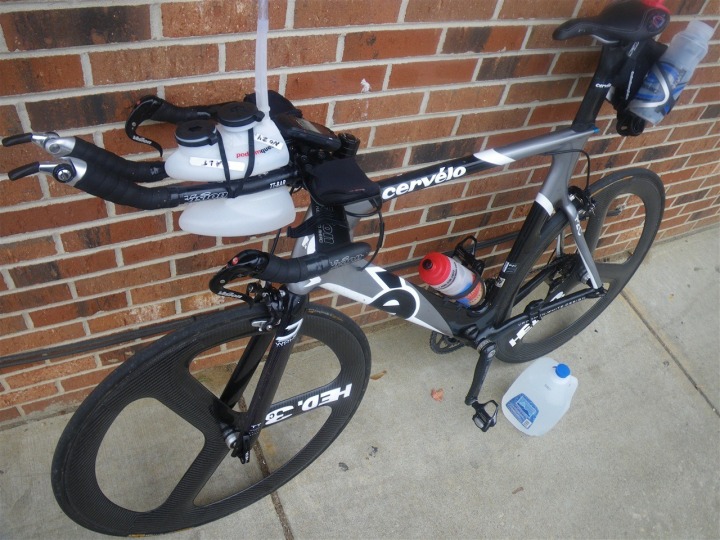 Then I set out and continued on my little quest.  Interestingly, many corn fields out here are labeled with what appears to be seed types and brands. 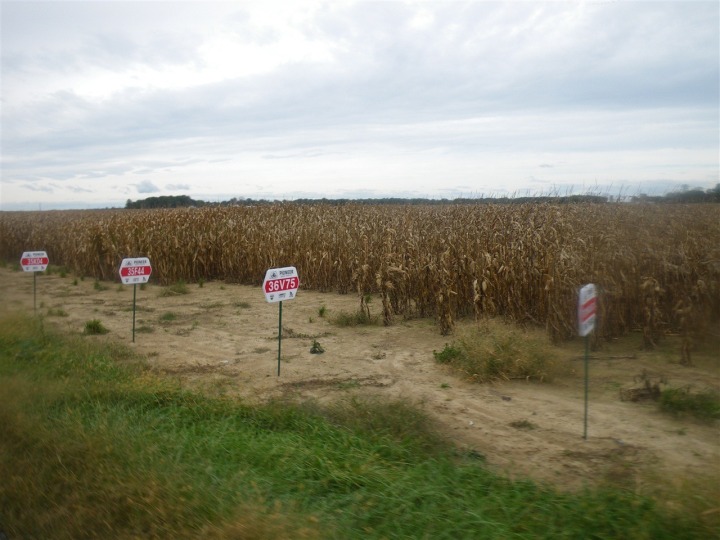 I finally found the turnoff to the beach.  Though not technically on my GPS route file, I had gone through the map the night before, so to my Garmin’s dismay, I diverted off course for a 10 mile out and back section.  The 5 miles out to the beach had unreal winds.  Straight into the wind at times I was barely averaging 14-15mph, while pushing at 250w+.  See this little snippet of a random point in time during those miles leading up to the beach:

You can see the flags below once I arrived. 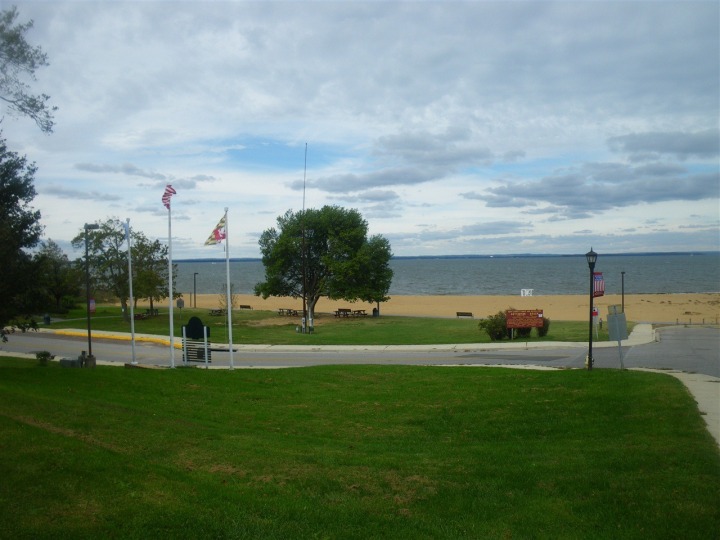 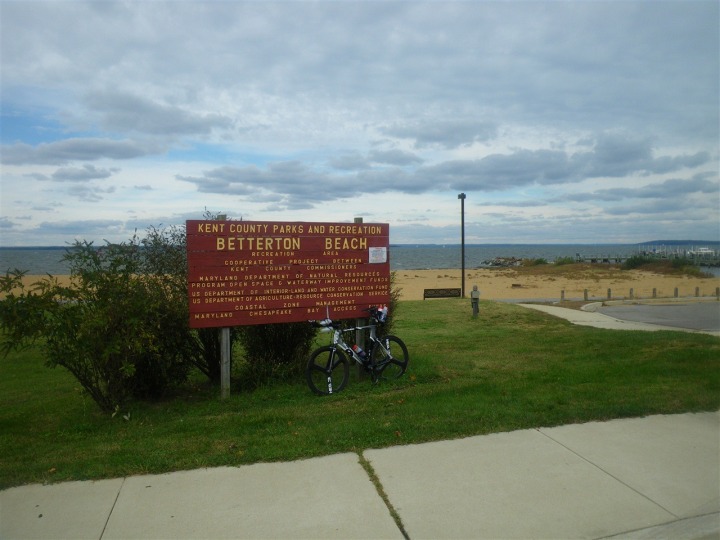 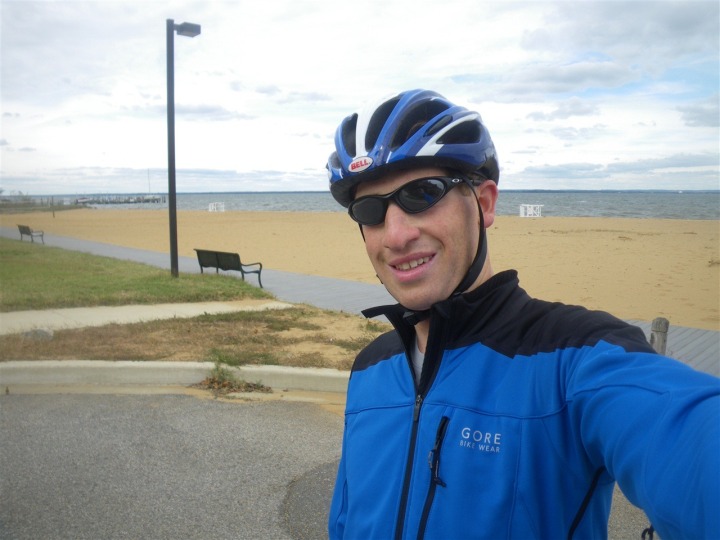 There wasn’t anybody there except me.  So sad.  After that it was time to head back.  Which, meant at least 5 miles of happy-ness with the wind to my back.

And thus, I present you moments like this (note the speed, watts – there are no hills here):

Significant happy to be found there.

A few dozen miles later I swung by another gas station for another fill up.  This time the water was only $1.49 – a 30 cent savings! 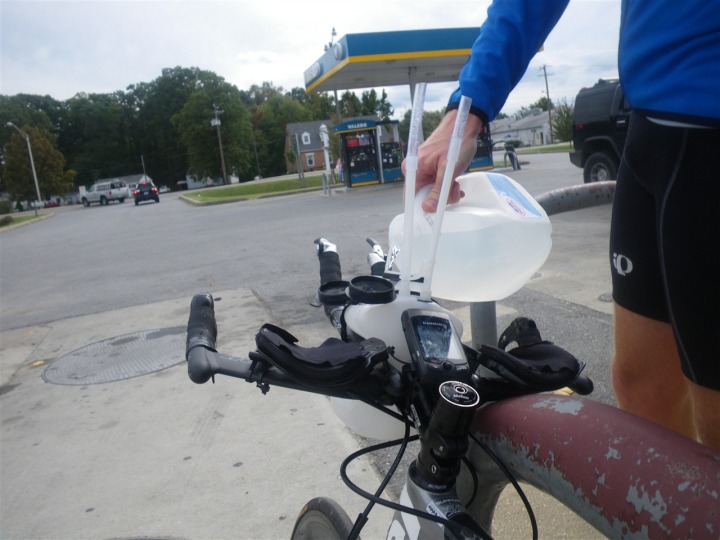 Then it was time to get on cooking.  About 6 miles later I hit the national refuge that I went into last time.  This time though, I’d do a U-turn and head on back towards home.  As you can see, the weather is pretty blah. 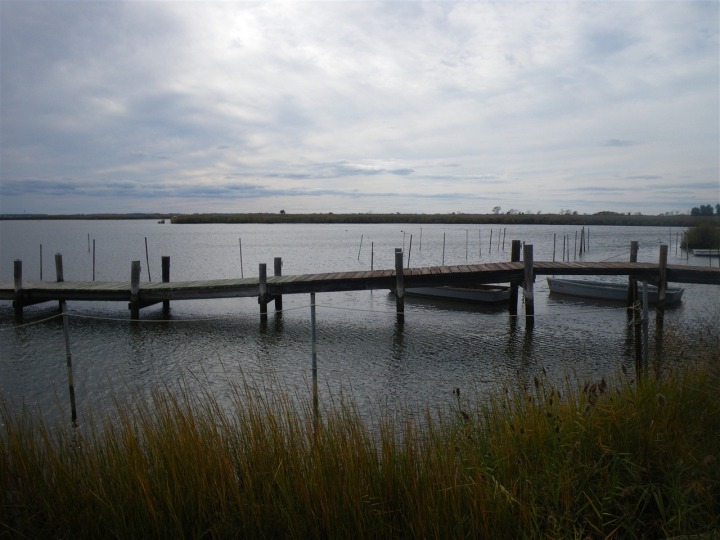 Because I was not quite following Mr. Garmin, he wasn’t quite providing me with the usual Tom-Tom-esqu “Turn right here” directions.  But I did have the route up on the screen from time to time to validate turns.  Sometimes though, there was simply just confusion. 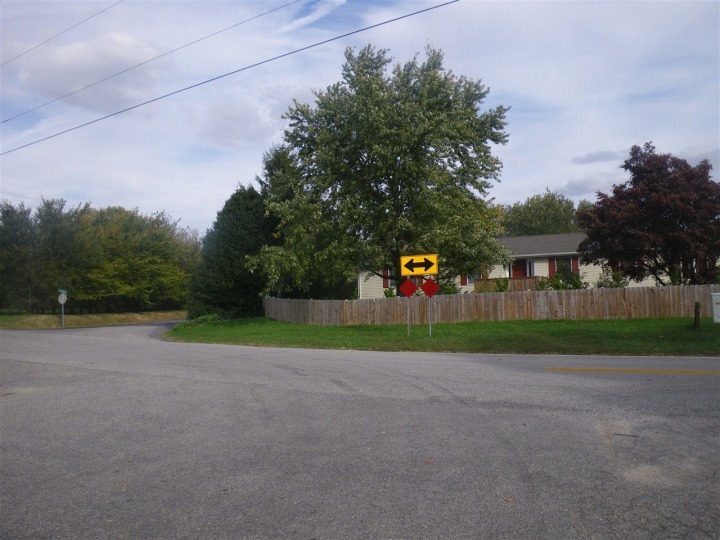 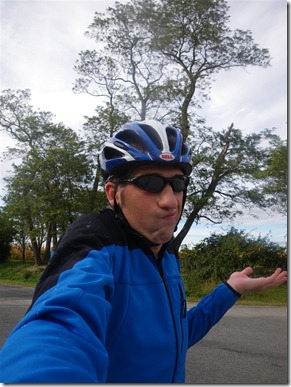 It wouldn’t be until I’d really zoomed in that I could see the magical path forward. 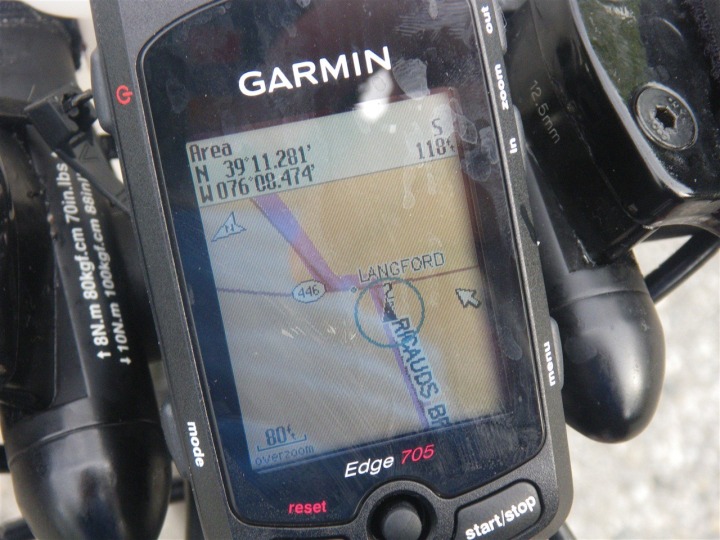 At this point it was pretty much just hauling it home, the last 40 miles were set to be Z3 (up from Z2 for the first 80 miles), so no rest for the weary.  Btw, one kinda cool feature Coach and I were chatting about this weekend is Training Peaks Mean Max Power graph, which overlays your existing ‘bests’ against this specific ride (purple).  As you can see, because my training is so focused on going long and even (6 hour rides), my wattages are hedged towards that side of the graph versus more power for shorter durations.  Thus they are fairly steady on the long side.  I don’t do any specific “Let’s see how much power I can push for 100 seconds” type things, so the below is just normal everyday training as recorded by my power meter.  Normal hills, normal flats, normal terrain…normal numbers. 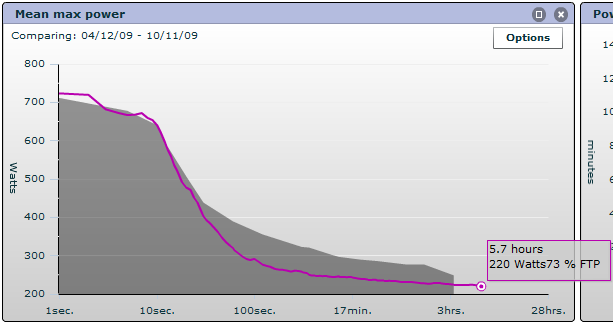 Anyway, I was happy to be able to knock out the ride – a touch over 120 miles (accidentally a bit long somewhere) – and do it all in under 6 hours – thus keeping the mph averages in the 20’s. 🙂  Woot!

Then it was time for a bit of a run.  Like all of my post-bike runs of the past month, I continue to work on off-the-bike pacing, as Coach and I try to find the perfect long-run pace without taking a hit HR-wise.  This time we went with 7:30/mile.  Again, I used the Virtual Partner feature (on almost all Garmin running devices) to keep me exactly on target. 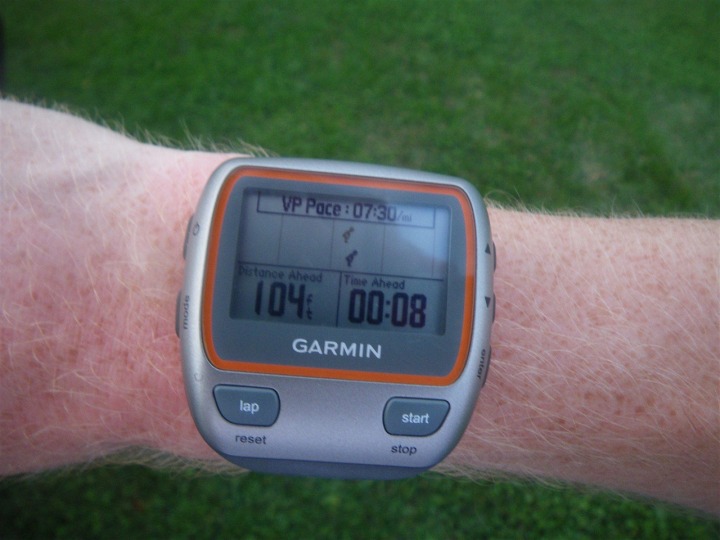 Exactly 30 minutes later I wrapped up, beating the little man by 8 seconds.  I don’t want to beat him by too much cause that would mean I wasn’t pacing correctly – but I like having a few second buffer (plus, how can I really beat up a little guy that’s approximately 12 pixels high?  Would give me a bad rap).  I like how the little icon shows you bent over trying to catch your breath when you stop.  Cute touch. 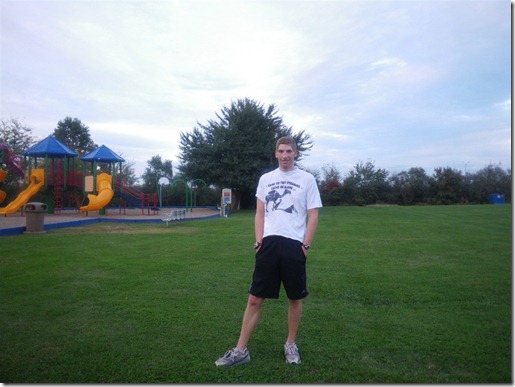 At this point in the day I had gone through all my sports stuff, and thus had to revert to the emergency t-shirt in my car’s trunk – which are the ones my brother and I picked up on our Egypt trip – “I came to visit Pyramids…leave me alone…” – click here for the interesting back-story on that one (You know when the title of the post was “Perfecting telling people off”, it’s gonna be quality).  It’s a pretty stylish t-shirt, though The Girl doesn’t allow me to wear it out in public. :-/

Post ride I picked up some burgers (which were a disappointment oddly enough, usually Whoppers are fine), and then continued my trek home. I was excited I ordered enough food for just me that they gave me a full grocery-bag style bag.  So with that, my training day was done – I think it should be the longest one this year will have in store.  Speaking of stores, I need to go to the grocery store, I just saw a commercial for chicken wings, and that sounds good…so to the store I go for wings.  Mmm… 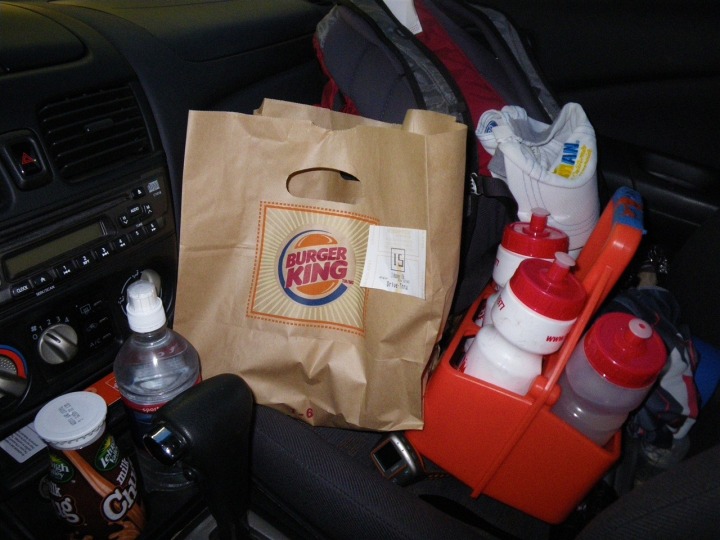