Most times for my weekly track brick I tend to manage to get to the track in the 4-5PM hour, thus having me finished with my workout some two hours later in the 7PM range.  This makes for a semi-normal night.

But sometimes things just don’t quite work out the way you want them to.

Due to work running a wee bit late yesterday, I didn’t get to the track until about 7PM, and by time ya get all setup it’s at least 15 minutes later.  After all, there’s trainers, bikes, bike stuff, running stuff, nutrition, bike pump, and all assortment of other junk to be ferried from the car to the spinning location.  Then there’s setup and invariably at least one ANT+ device will be ticked off between all of our Garmin HR straps, cadence sensors, speed sensors and watches.  Which accounts for more time…

At least last night – we had some friends out there doing the same as us.  Two local triathletes – one I know (Hi Nathan!  He and I actually finished back to back in a number of local Oly-distance races), and another person with him that I’ve seen around.  They were just wrapping up their bike/run fun, just as ours was beginning.  Meanwhile, at the same time the local Pacers running store group was starting it’s weekly Wednesday track workout as well.  Not to mention all the other random folks out there running/walking in circles.  It was gettin’ busy!

Though we started in the light, we certainly didn’t end that way.  Our bike included the usual pre-track workout:

And from there…it was time to go around the track a few dozen times: 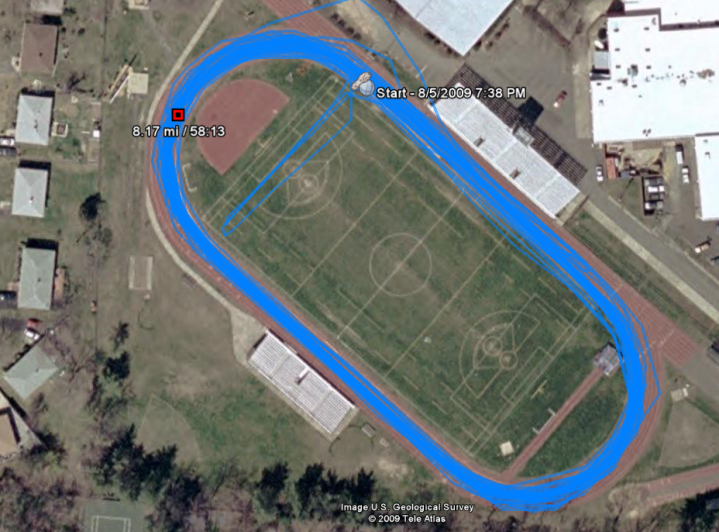 Amongst all the usual stuff, there was a sweet 4400m and 3600m set tossed into there, all just flirting in the 6:10ish range per mile.  For whatever reason, the sets actually felt pretty easy tonight, despite being based on HR.  No particular idea why, though I suspect having lots of people around made it go much faster, plus being a bit later in the day probably also effected things.

Just after 9PM, we finished up.  And this is what it looked like: 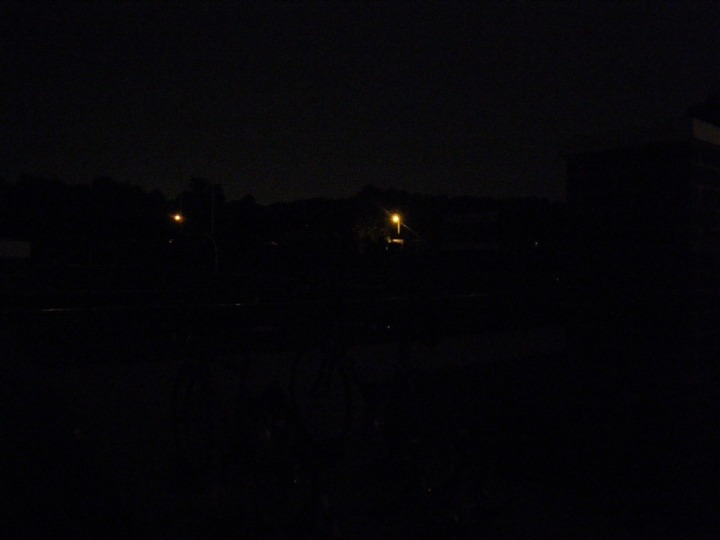 But, given that picture isn’t very useful, I stuck it on a railing and let it go for a 6 or so second exposure.  Much better: 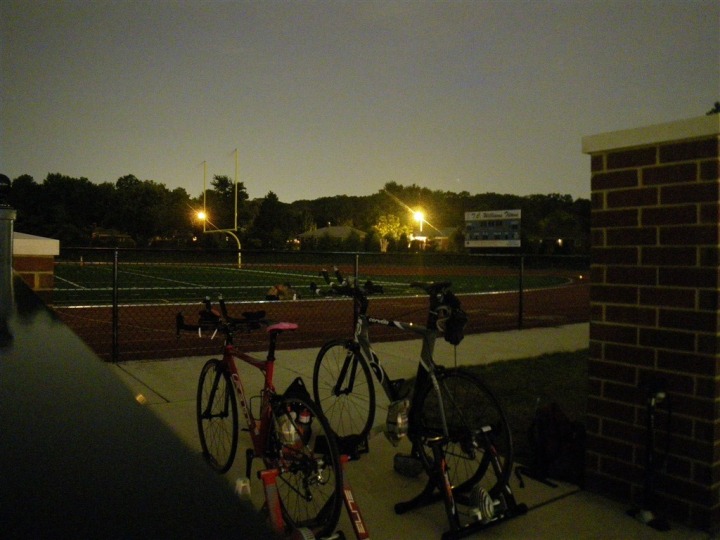 And the track…well, almost empty.  A few other stragglers still going round and round. 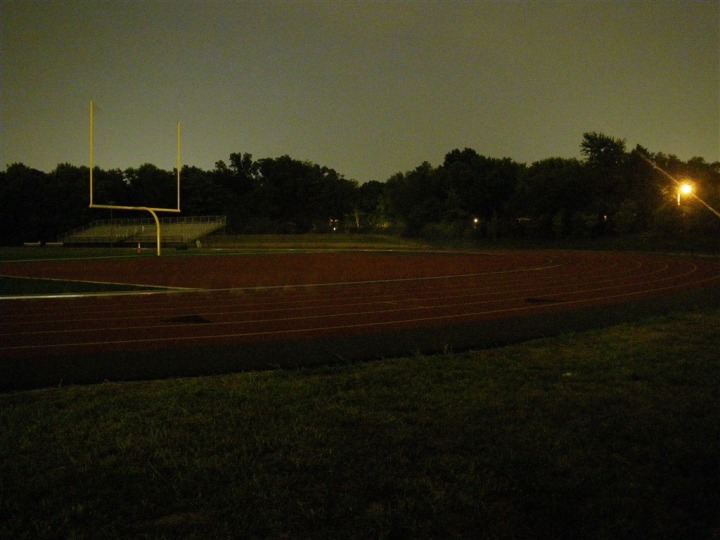