It’s been quite busy over the last week, with being just on the edge of full taper for Ironman, you think you have more spare time to do other random things than you really do.  I think mentally I’m expecting each workout to be a piece of cake, and then every time I (generally painfully) realize every time that the workout is either longer, harder or faster than I expect.  Such was the case with Saturday’s ride.  At this stage my brain had sorta written off ‘long rides’, so when I checked out the schedule and was an 80 mile ride up in the mountains on Skyline drive, there was a solid moment of ‘ick’.

Nonetheless, the Girl and I drove out Saturday morning to the lake at Luray, where her triathlon is this upcoming weekend.  While she was out swimming, I’d be getting the car all set for our bike rides and subsequent runs. 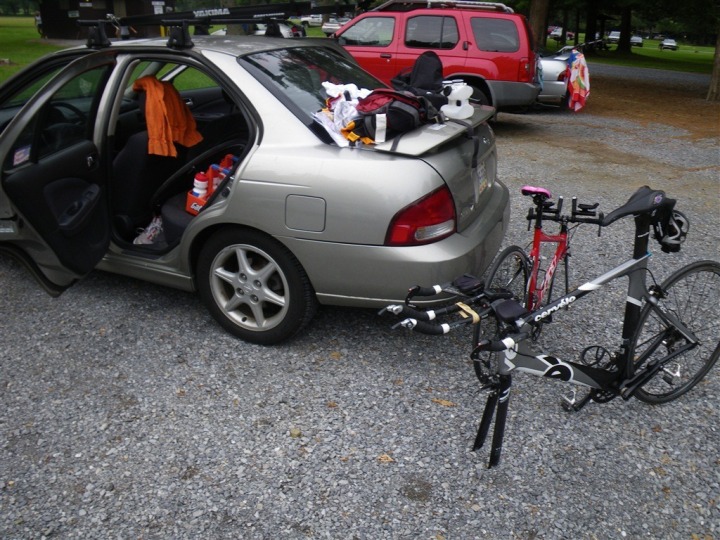 Soon, I had everything all put together and ready to cook: 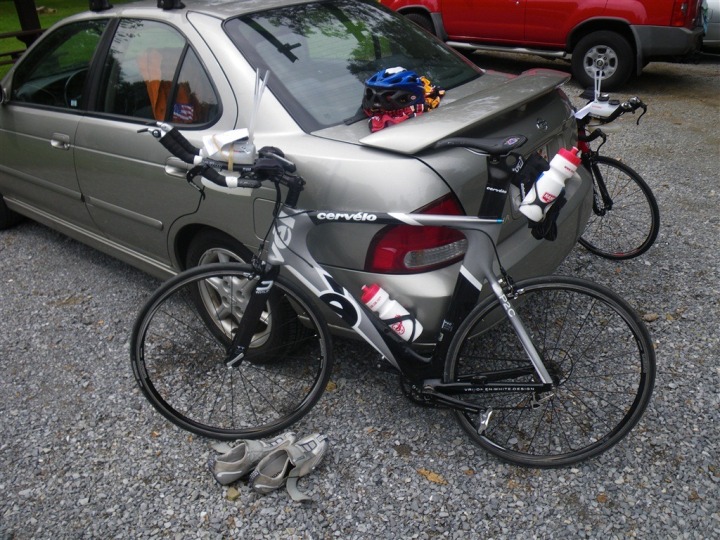 I even had my handy dandy little map all printed out from Coach Alan, showing my new route up to Skyline.  This one would hopefully avoid the gravel road, double-digit grades, and chasing dogs of last weekend.  Though, it would add 8 miles in each direction. 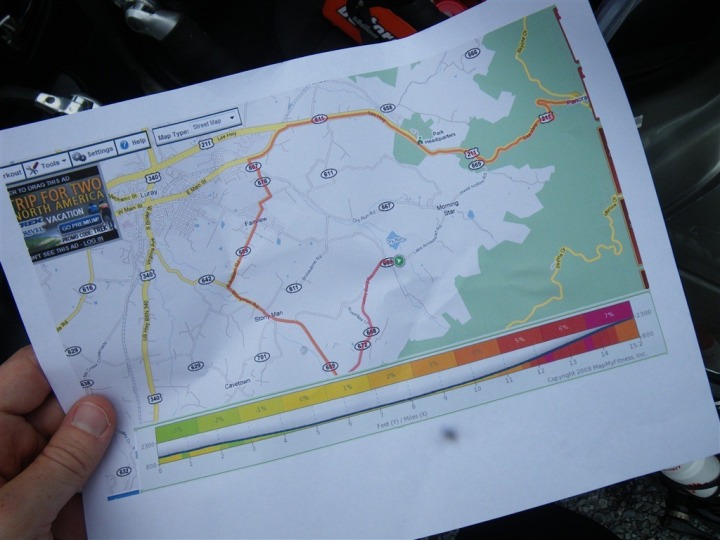 With that, I went down to ensure The Girl hadn’t drowned. 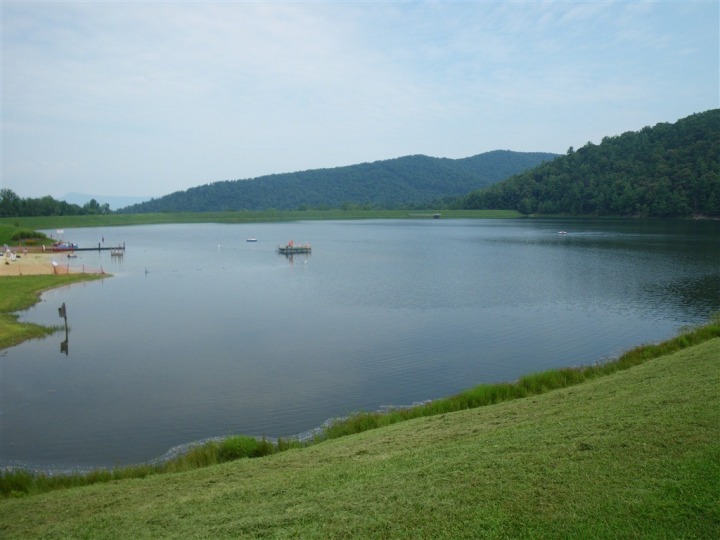 Off in the far distance I could make out the splish-splash as she made her way around the one mile perimeter of the lake. 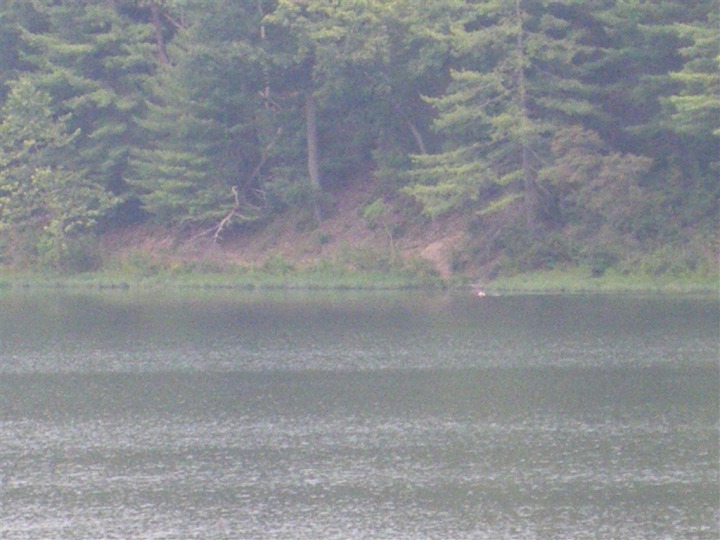 Soon enough, she was done, and off onto the bike we went in our respective directions.  Over the ‘rolling’ hills, and past the cows, complete with my little map on top of my aerobottle.  As I left, some folks were finishing up a brick workout as part of a training clinic in preparation for the upcoming Luray Tri. 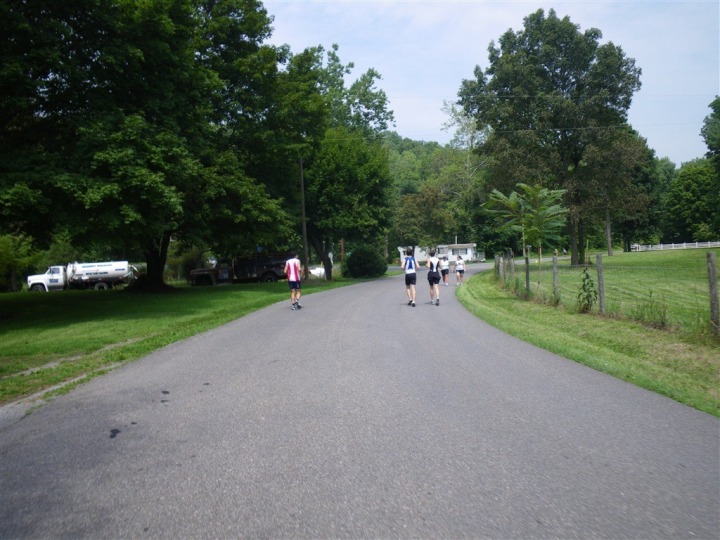 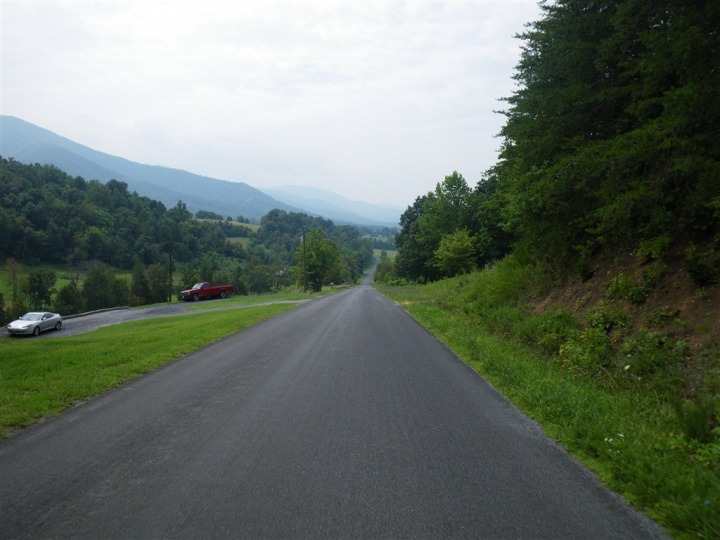 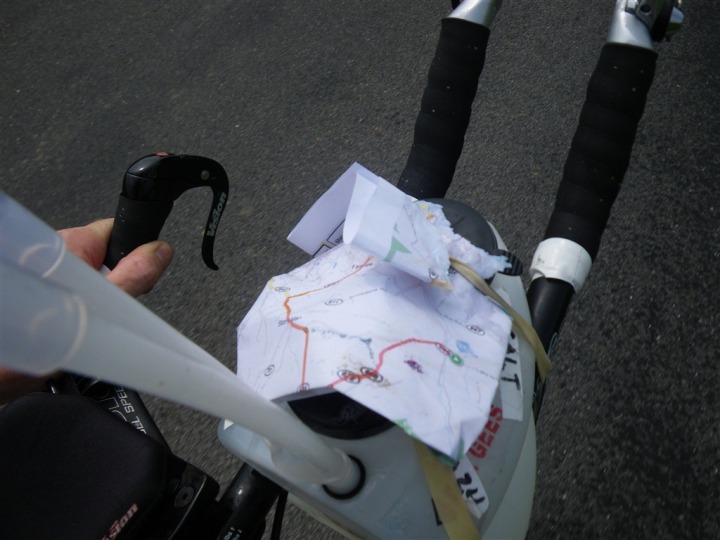 The only problem with the map was its massive structural failure that occurred a few miles down the road.  While I roughly knew where I was going to get onto the main road, there were a few moments of confusion: 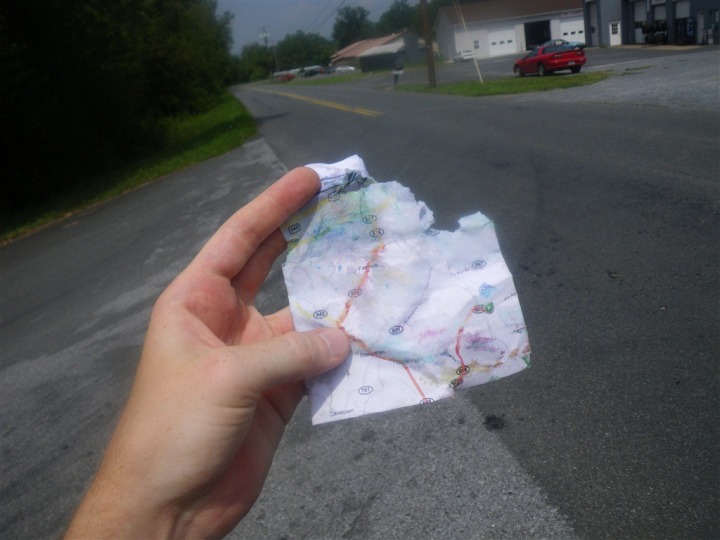 But I soon found Rt 211, and I was cooking towards Skyline and the 1600+ ft of vertical I had to climb over the next couple miles to get up onto the ridge.  I saw this sign below and thought to myself…I could pretty much bike home from here and it’d be about the same as my workout. 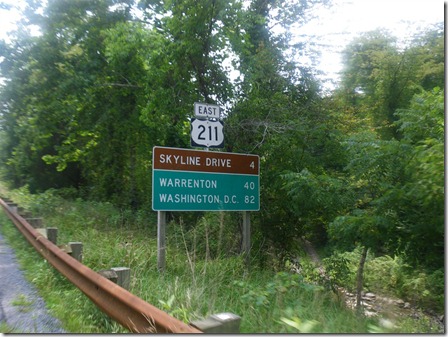 But before I could get there…I saw Yogi Bear! 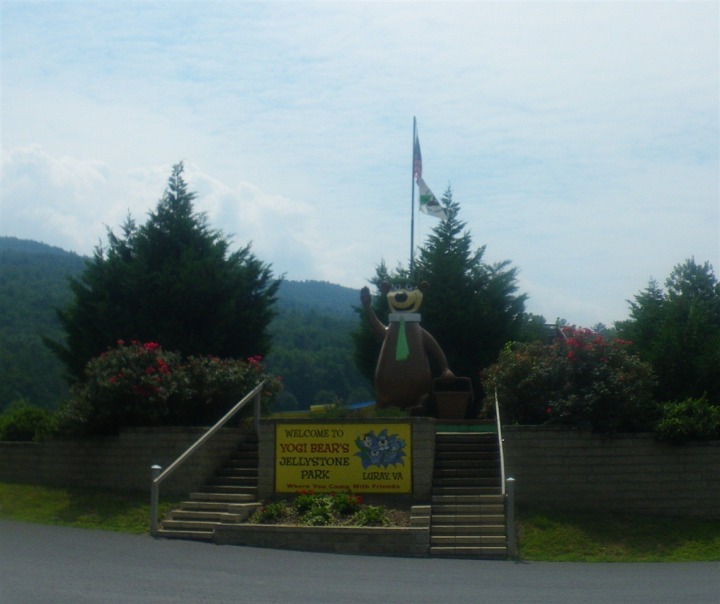 And then I saw him again with a giant Pic-a-nic basket. 😉 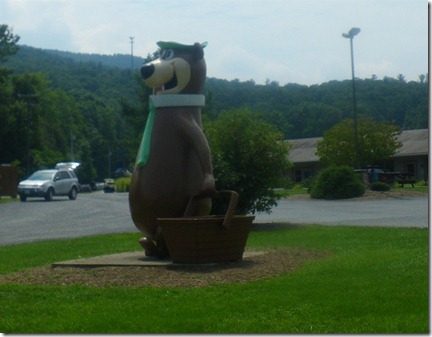 Turns out he’s part of this over-the-top ‘camping’ resort thing: 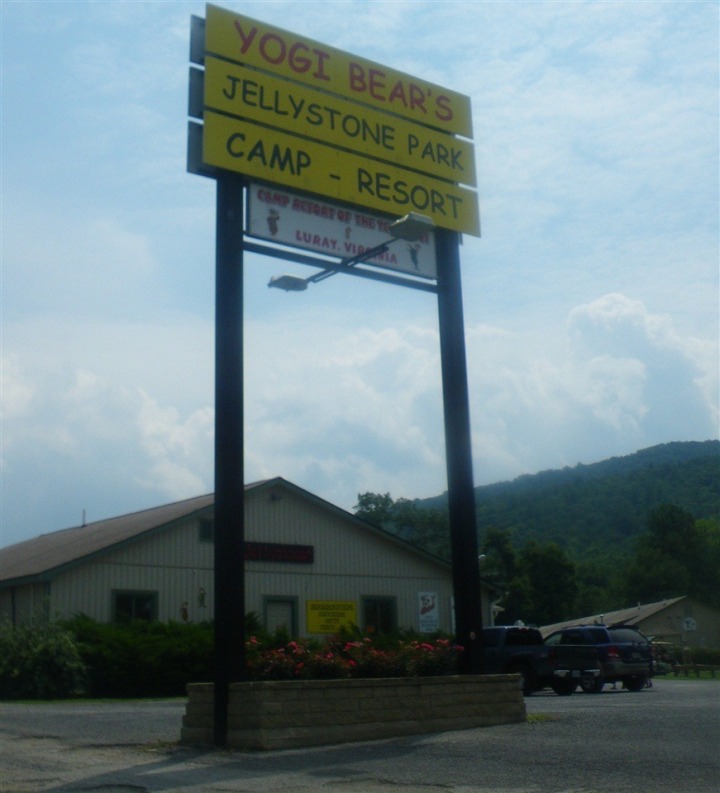 (Being from the Northwest and car camping or hiking in the actual wilderness, these east coast amusement park-esque campgrounds are a bit odd to me)

Anyway…I trekked on, finally hitting Skyline about 55 minutes after I left the lake. 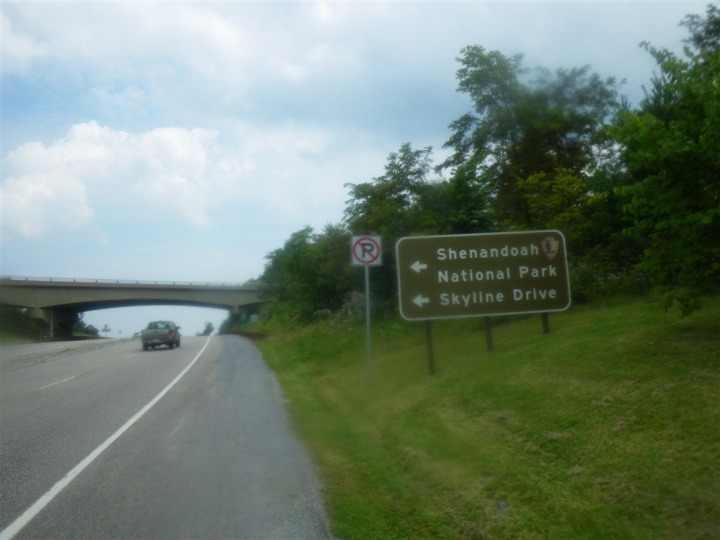 Now given how much time I spent in/around this National Park, I can pretty much predict down to the minute exactly how long a ride will take.  Really, within about 1 minute I can predict a ride up to 6 or so hours, mostly because my speeds on the different sections are pretty…well…predictable.  So I was a tiny bit surprised when I hit my first milestone 5 minutes faster than expected.

From there I screamed across the flats in less than 20 minutes.  I averaged over 21MPH…in Zone 2, directly following a 1,6000ft climb.  Sweetness!

That was officially a new PR for that section of the mountain.  From there I kept on backtracking towards the start of Skyline drive, up and down the long climbs and descents.  At the start of one of the climbs, I ended up near this guy below.  I was set for Z2 for the climb, so my pace would be whatever it ended up.  But he didn’t like the fact that I was just edging a few feet ahead of him.  So he passed me and tried to make a play for it. 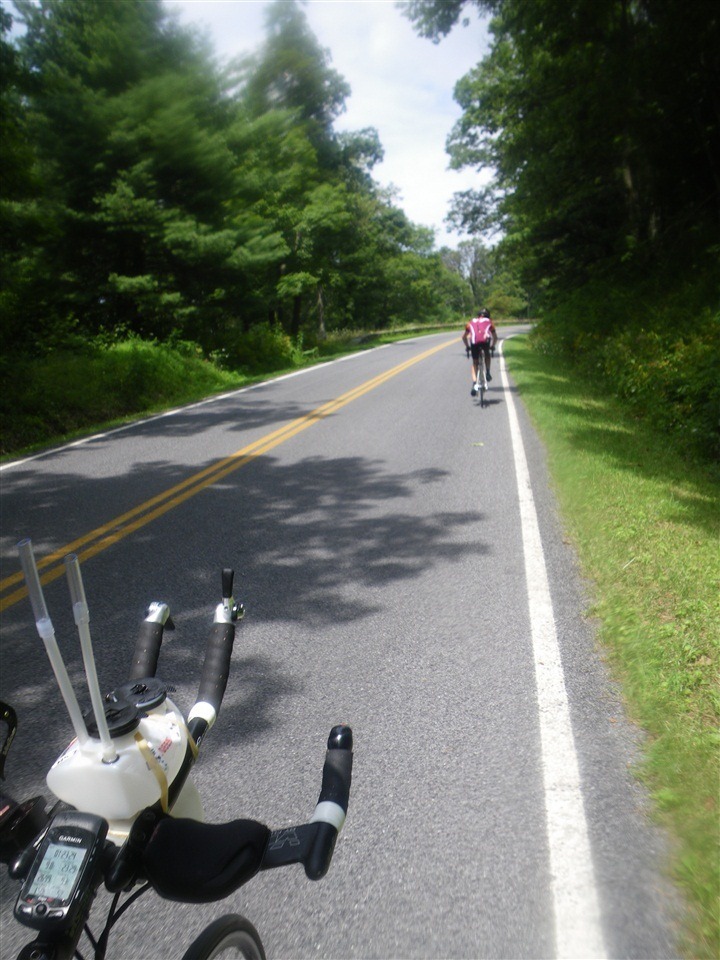 But, you see, there’s a fundamental problem with passing me on Skyline drive.  I know the hills better.  I can tell you every mile marker of every change in elevation on that route, along with every pothole (virtually none), bump (plenty), climb and descent grade, water stop and scenic lookout.  But the most critical piece is knowing how long (and steep) each climb is.  Where did he attempt to pass me?

The first quarter of a mile into a three mile long 1,000ft climb.  Yes…my friend…you fail. 🙂

I passed the rabbit about half a mile later, just very slowly like a turtle.  I didn’t look back anytime soon (aside from a brief chit chat and saying ‘Hello’ and ‘Have a good ride’).  About a mile later I looked back though just out of curiosity, expecting to him him maybe a few hundred feet back.

In the perhaps half a mile or so I could see back on a straightaway, he wasn’t in sight.

Soon it was time for me to turn around at mile marker 10 – Compton Gap: 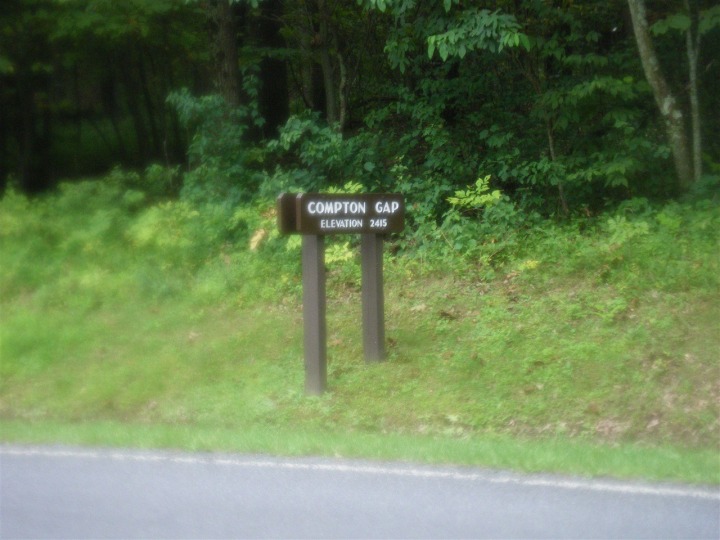 Along the way back I did see him again, I estimated him about 10-15 minutes back at that point.  But, more importantly was what else I saw on the way back.  A stoppage of cars in the park only means one thing. 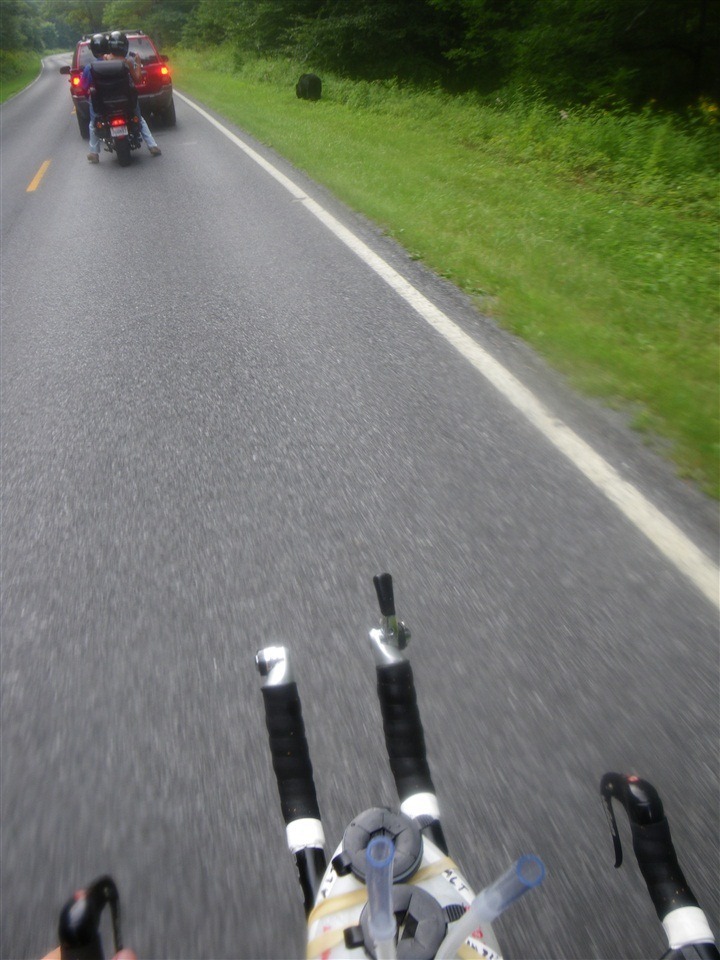 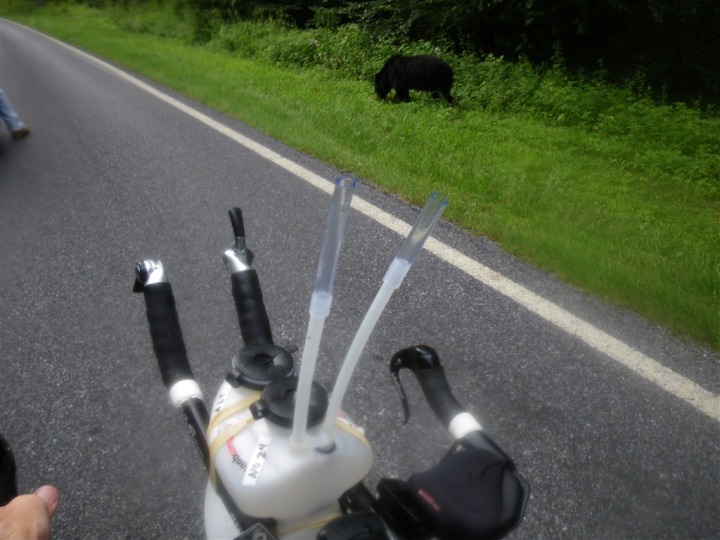 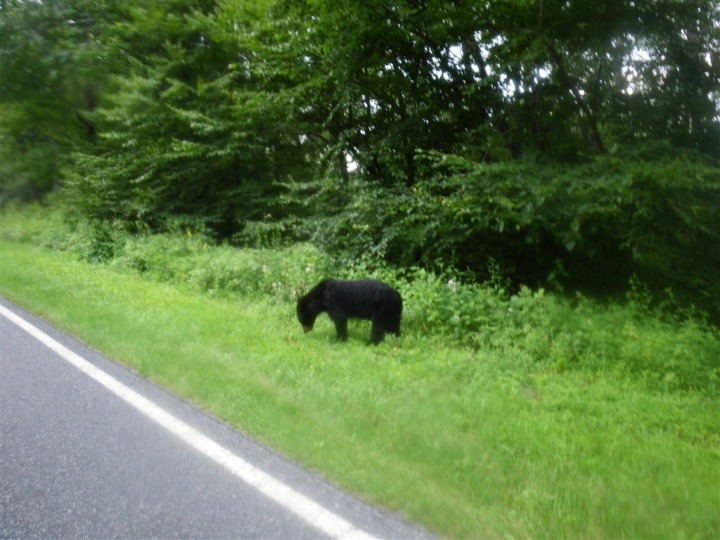 From there I cruised back towards my turnoff road.  I should mention at this point, my estimates for time were getting shot to heck – and in a good way.  I was screaming through these sections.  I had originally budgeted about 5hrs and 5 minutes for the ride.  And by this point 4:40 was looking more likely.  Anyway…the turnoff back down to Luray: 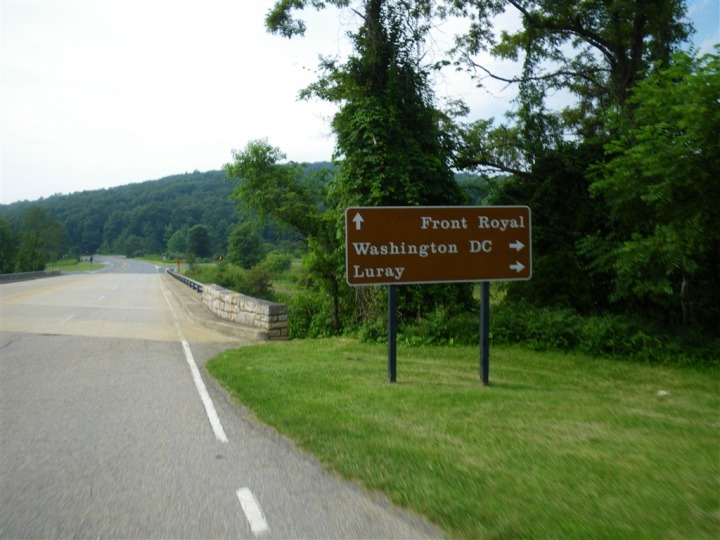 But…that wasn’t where I got to turnoff.  Nope, I had to continue back up one of the most challenging climbs in the park – a 3.5ish mile section that goes up some 1,000 feet to Pinnacles.  You can see it on the left of the graph below (green line is elevation, red HR, blue pace, yellow cadence): 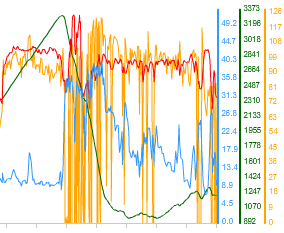 The good part here was I was allowed to go into Z3/Z4A, so that meant I could pretty much hammer up the thing.  I knocked it out in just a few seconds shy of 20 minutes, which was officially screaming up that hill.  But was even more screaming…was coming back down to the valley.  You can see the hill above going down. 🙂 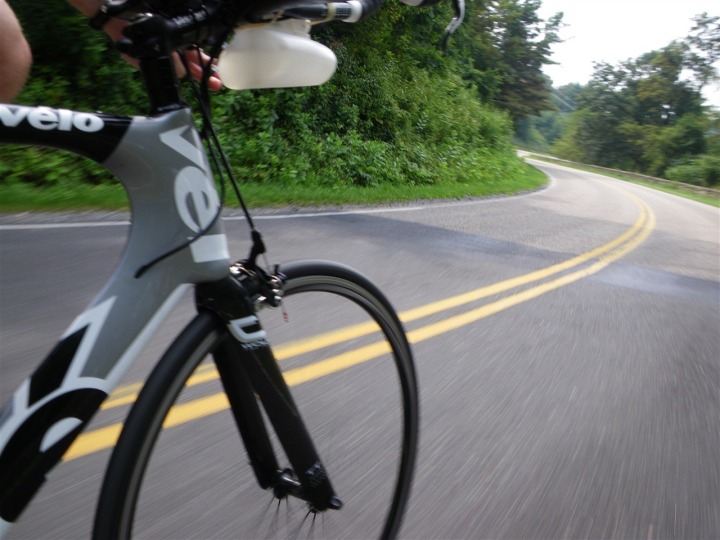 I went fast.  When possible I’d clip it up to 40mph, but most of the time I was stuck in the low-mid 30’s due to the tight and winding roads.  Soon enough that, I was back on the flat lands rolling through the farms. 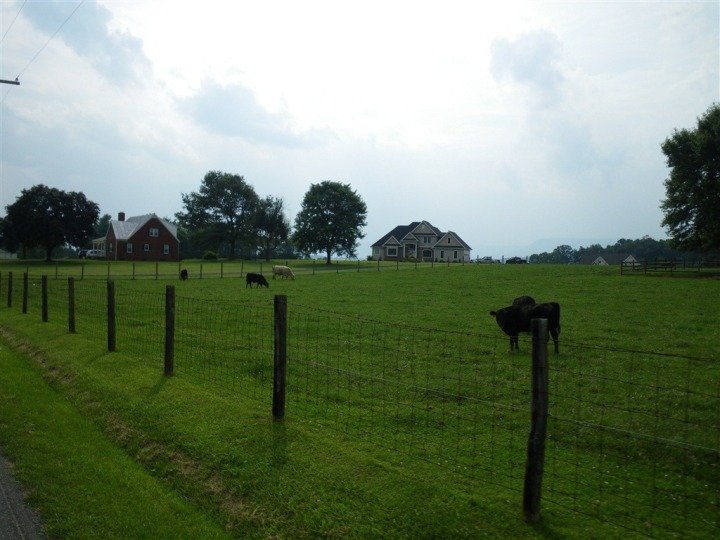 I moo’d at some cows, and they actually turned around.  Twice.  I was rather surprised.  But then again, I’m sure they were rather confused as to why I was moo’ing at them.

And soon enough… I was done…in 4:23.  Yes, 42 minutes AHEAD of schedule.  My average speed for the ride was over 18MPH…for Skyline Drive…in Z2…with 5,734 feet of climbing.  It was awesome.  Plus there was the usual 5K off-the-bike running action.

Oh, and to top it off, we got peaches on the way home…I think The Girl’s gonna make a peach cobbler tonight. 🙂 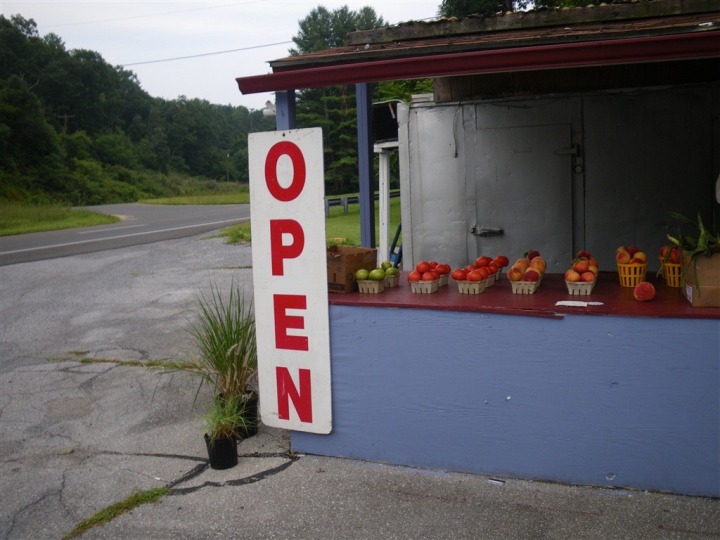 Ok, now I’m done.  Though, I got so much more awesomeness to cover from the weekend in the next post.  But for now, I’ve gotta leave in 5 minutes to go run 2 hours in the sweet 99*F or something heat.  Woot!