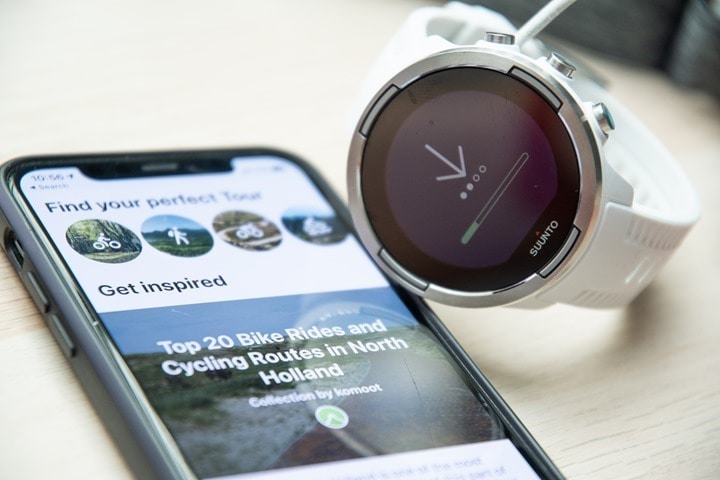 Despite coming up on its third birthday here in about two months, the Suunto 9 received a modest firmware update yesterday (as did the Suunto 5). But more importantly, all Suunto Spartan, Suunto 5/7/9 watches get the new below-outlined Komoot route and turn by turn integration functionality.

For the Suunto 9, this update adds the following features, and here’s the exact text from their Suunto 9 firmware update listing:

And here’s the listing for the Suunto 5 firmware update:

Also – I’m told that the backend pieces do actually work on Spartan watches too, even giving turn by turn directions. So while a firmware update hasn’t been released, it does actually still provide the same functionality below.

Probably the most notable one is the turn-by-turn integration with Komoot. Now, this doesn’t give you mapping on your Suunto unit, rather, it’s akin to the breadcrumb trail style routing previously there. The first key difference though is now your Komoot routes push to the Suunto platform, where you can then tag them to push to your watch. And the second main difference is that Komoot will give you turn warnings, whereas previously it was just following a breadcrumb trail best-effort.

This is available on the Suunto Spartan series, Suunto 5, Suunto 7, and Suunto 9 watches. There’s almost no differences between how this works on the different models, with the minor exception that Suunto says the Suunto 5/7/9 can display slightly more descriptive turn illustrations.

To get it all working you’ll need to:

1) Ensure your Suunto App is linked to Komoot (Profile icon > Partner Services > Komoot
2) Create a *NEW* route in Komoot: It does not seem to pull in historical routes, only new ones created from today.

To get a route into the Suunto App, first, create the route on Komoot. As noted above, it doesn’t seem to pull in any of my historical routes, but if I basically just save a route with a new name, then it shows up in the Suunto app. Then, tap the library icon from the routing page. Then, choose the route you created and select to ‘Use in Watch’:

By default the routes won’t automatically push to your watch. This is a bit different than how every other platform/device company works, and I’m not quite sure why Suunto would do it this way. Obviously, if I just created a route, I want it on my device. Ideally, they’ll change this behavior and just set it to automatically sync new stuff, but until then – don’t forget to toggle it.

Then, on your watch go to navigate like normal – either via a workout or via straight navigation sans-workout. Either way, you’ll see your route listed there. It would be nice to see perhaps a small Komoot icon here (as it would in the app too). Just little things that Polar/Wahoo/Garmin/etc do (to varying degrees). 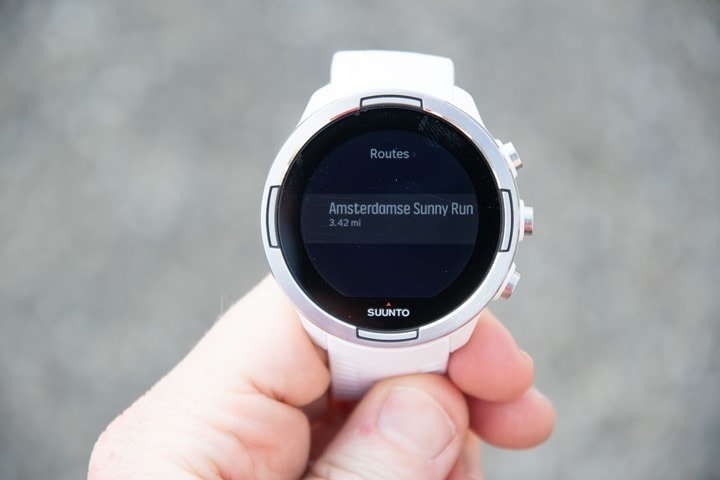 You’ll see all the route shown, as well as notably all the turn markers: 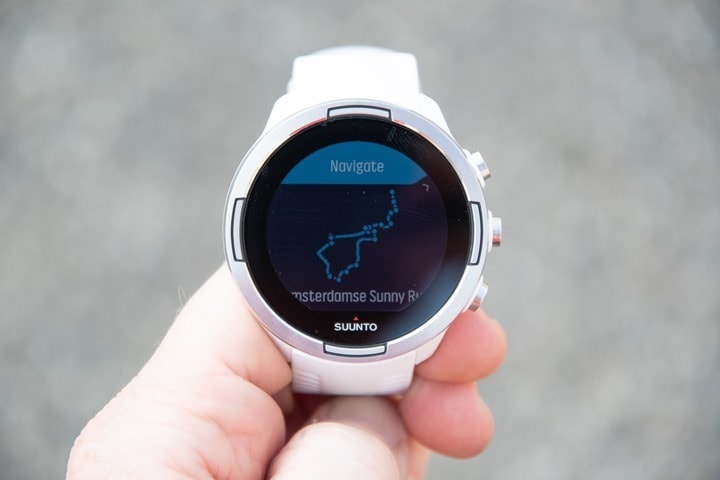 Once out on the route, you’ll see the teal-blue line of the route: 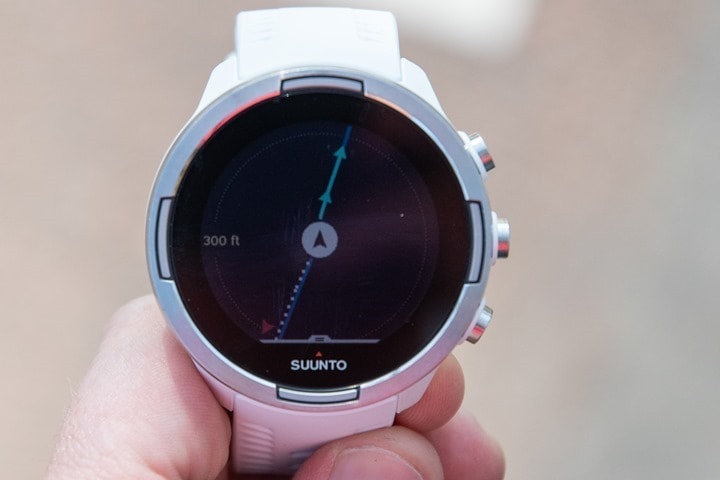 And then as you bumble along, you’ll get notifications to turn left and right, as well as the distance to the turn: 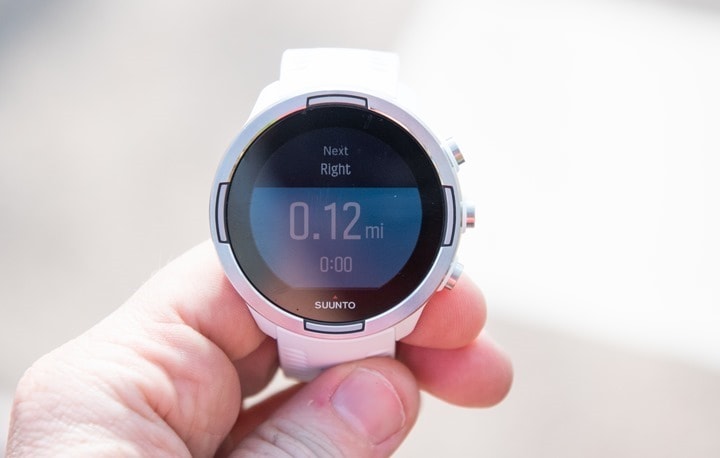 If you go off the route, you’re on your own. It’ll simply notify that you’re off-route, and that you need to sort yourself back to the route using the breadcrumb and compass like normal.

Finally, they also announced a new Suunto 9 Baro Titanium edition, which as you might surmise, is now composed of titanium bezel with a nylon style strap.

And in case you didn’t notice – you can customize the exact watch materials/colors/straps/etc on a Suunto 9 watch using their online ordering thingy. Even putting a little bit of text on the back.

Ok, with that – go forth and route. Thanks for reading!