I suspect the week ahead will be a little bit busier. Not crazy busy, but, briskish.

Garmin Vivofit Jr 2 units (the kids ones) are all $20 off till April 20th. My full post on them here.

GoPro Hero 7 Black is $50 off (not sure when that ends). My full review on it here. It’s what I use on every ride/run I do. Note the unit from Clever Training comes with a free 32GB MicroSD card.

Fitbit Alta HR is $40 off, down to $89 – This model is being replaced by latest units, but it’s frankly still a fantastic unit for the price to have optical HR in it. Full review here.

Fitbit Ace Kids activity tracker is 11% off, this is the first gen ones though. Still, I suppose if you’re in the Fitbit ecosystem already.

Also, check back mid-week for another minor single item sale being announced. Well, it’s a moderately big item, but it never goes on sale. A minor sale. Movin’ along… 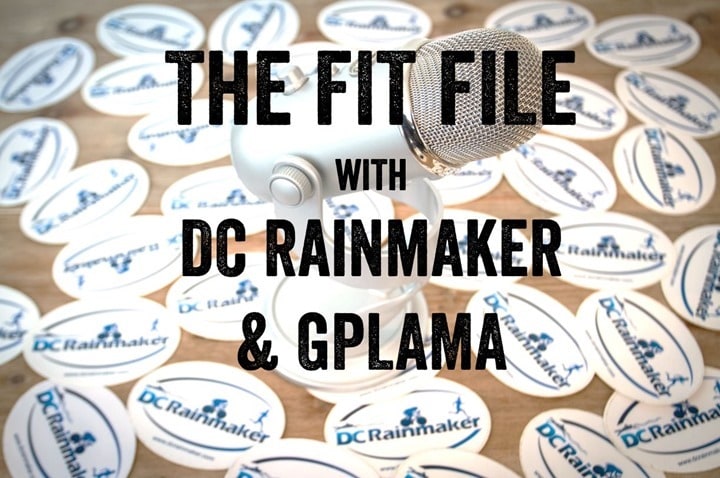 Episode 5 (aka Episode 69) of the podcast is up, on the show this week:

1) Solid effort into Netflix app for Garmin Watches: While I generally avoid the interwebs on April 1st, I’ll give Nakan a pass for putting some serious effort into this. While the article is in French, you don’t really need to speak any French to see what’s going on. Well done…well done indeed.

2) Bragi sells of wearables hardware business: Interesting move. I’m sure they’ve got all the data in the world to know that it’s hard to compete with the likes of Apple and other major wearable audio players. However, I also think selling software-only solutions in a market like this might be even more difficult. Though, they had begun pivoting towards more of the hearing-assistance realm a few years back, so this might be a logical gateway towards that as well.

4) Reminder – Microsoft is shutting down HealthVault: This has been slowly circling the drain for some time, but in the event you somehow still have data there…go fetch?

5) Started to see impact of new Suunto partner program: rubiTrack is now connected to the platform. I expect we’ll continue to see it expand and take on new partners as spring gets warmed up. I talked about it back here when it was announced.

6) ZADA (sorta) returns to Zwift: This piece expands on some of the new limited scope aspects of the platform’s renamed Zwift Accuracy and Data Analysis program which I discussed back in the cheating post a bit more than a month ago.

7) Content aware for Adobe After Effects will be super cool for sports: This item is showing my geeky side, but I’m super excited to get a spare few hours to start playing with this on some of my older footage – especially drone footage. So much neat potential here (when used properly) for getting solo shots where someone/something might be hosing it up.

8) Road Grand Tours rolls out Apple TV app: Also, they’ve rebranded to RGT instead. While I was super excited about the Apple TV app – unfortunately, it requires you use the phone app concurrently. You *must* use the two together. Same goes for the new desktop apps. It’s all really wonky. Lama and I chat about it in the podcast episode as well. I was so excited to write a post and put together a video on the Apple TV app…until I tried to get it working. Then it was like someone popped my balloon.

“Fixed a crash that could occur when riding with a cadence sensor.”

Yikes – I hope they aren’t talking about crashing the bike! That’s one serious bug if so! 😉

In other news, here’s what else was updated: