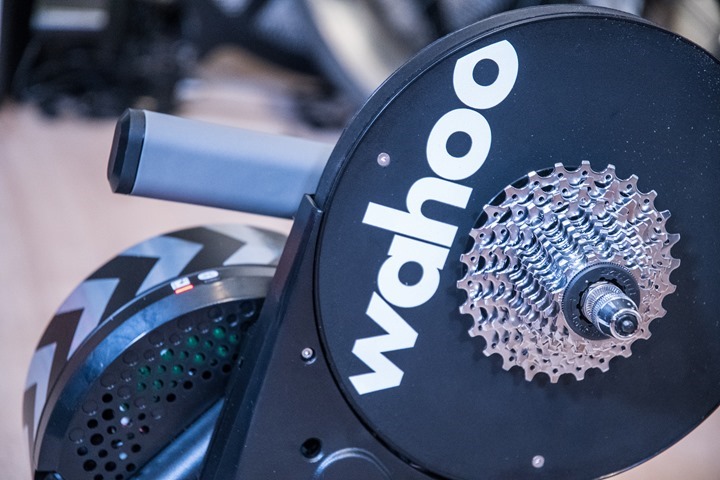 Heads up! This is an older review – jump to the in-depth review of the latest/current Wahoo KICKR here!  (2020 V5 Kickr)

It’s that time of year again – new trainer season.  Or more precisely, just about the end of new trainer announcement. Wahoo’s been busy this summer between the new KICKR SNAP announced last month, as well as the new Wahoo ELEMNT MINI announced earlier this month.  But now, here at Eurobike, we’ve got two further announcements, including a new Wahoo KICKR as well as the CLIMB accessory for Wahoo’s 2017 trainers.

I talk about the CLIMB accessory in this totally separate post, so go check that out there. 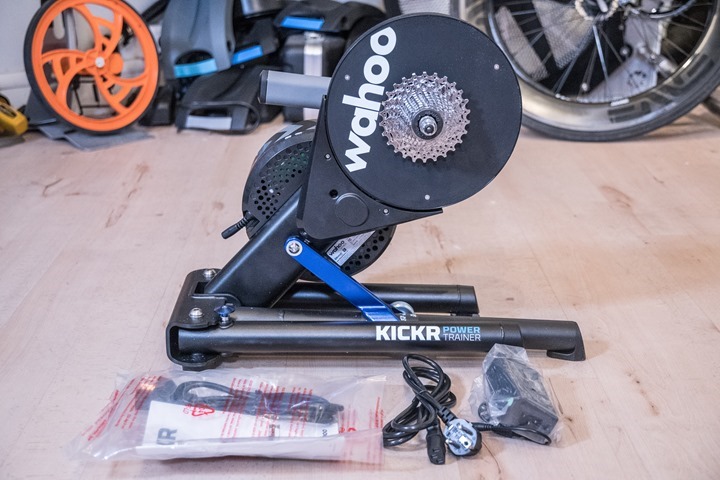 So what’s so different about the 2017 version compared to the 2016 version?  Well honestly…not much.  Basically, there are two core changes:

A) Increased bike compatibility
B) Integration/compatibility with Wahoo’s new CLIMB (see above).

As you can see, in many ways this is basically just like what Tacx did last year with the Tacx Neo update, which was pretty minor and just aimed at increasing bike frame compatibility.  The same here, though with the additional thru-axle compatibility they are more competitive with the CycleOps Hammer, which had pretty wide compatibility compared to Wahoo previously. 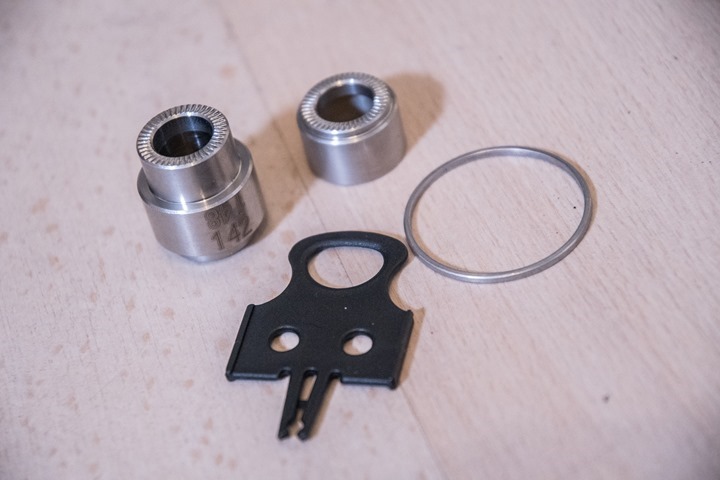 If you look closely, on the left one (2017 edition), you’ll see near the flywheel, where the skewer is, it’s cut-out to improve compatibility for disc brakes, especially for CLIMB.  The right one (2016) is flat in that area. 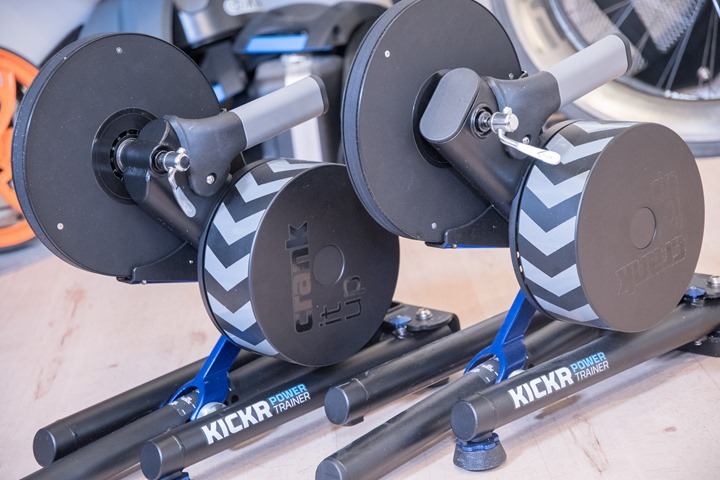 Beyond that, there are no other differences between this model and the 2016 model.  However, keep in mind that if you have an original KICKR, then there are changes that were introduced last year.  To recap those, the differences would be:

1) Made it quieter: A reduction in both volume, but also more importantly tone of the sound (it’s not silent)
2) Increased precision: Made changes to how they measure power to increase accuracy and reduce faults
3) Improved Responsiveness: Another hardware change increased the responsiveness of the unit during massive instant leaps of power (I.e. 150w to 500w).
4) Connectivity and Troubleshooting:  Added in new connectivity lights to understand what’s connected
5) Added a handle: They made the handle useful and big, and re-adjusted the weight so it doesn’t flop around and hit you in the shins

Eventually I’ll spit out an in-depth review, likely in September sometime, but for now it’s First Look style.  Mostly because almost nothing has changed except compatibility items.  Still, it’s worthwhile checking through to the accuracy pieces.  So I did a few workouts over the past 2-3 weeks to validate things are all happy panda.  Here’s a look at one that I did back while testing out the new Wahoo ELEMNT/BOLT workout control that was recently released.  You can find the full DCR Analyzer set/files here.

Let’s take a quick look at that sprint and see how things handled.  The rest of the ride was mostly just floating along.  The sprint, however, was nearly 1,000w out of the middle of nowhere:

While you’ll always get slight differences between units at peak power (max power) in a sprint, these are all incredibly close together.  You can see one minor recording oddity on one head unit (of the two) that were connected to the Garmin Vector pedals, but that’s a transmission/recording quirk and not a native data quirk.

Otherwise, all these three power meters were identical here.  Same goes for the series of smaller sprints a few minutes later:

None of this is really any surprise.  People have universally been happy with the 2016 KICKR from an accuracy standpoint, which outside of compatibility items is identical here to the 2017 KICKR.  Also, if you didn’t know – the earlier KICKR’s all received a firmware update that allows you to leverage the same accuracy tweaks as the 2016 KICKR received; that update came out earlier this year.

If you’re looking for some more data, here’s another ride I did with additional data.  This was while testing out the new Wahoo ELEMNT/BOLT workout control that was recently released. 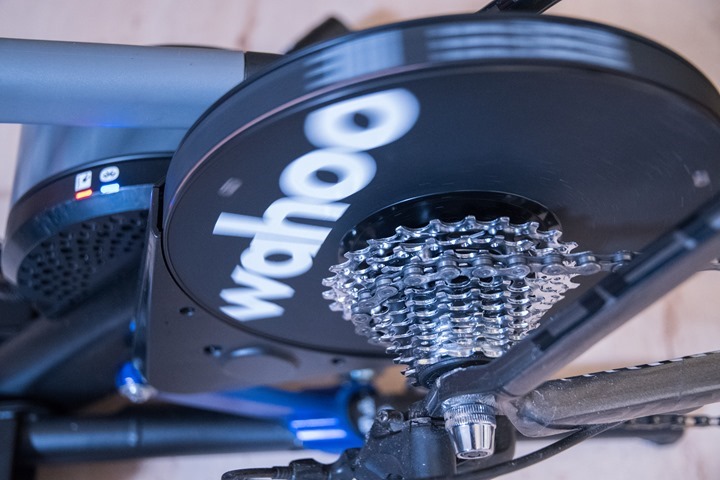 Overall as you might guess there’s little reason for most people to rush out and buy a new KICKR if you’re already a KICKR owner…unless you want CLIMB compatibility.  But if you’re in the market for a new trainer, especially a new KICKR, then certainly you’d want to pickup the new KICKR 2017 (KICKR 3).  And the good news is you won’t have to wait long for that because it’s in stock today and starts shipping today.

If you’re looking at trainers in general, I don’t anticipate any other trainers here at Eurobike, and I think we’ve seen the end of new units for the season.  Though there could always be one or two minor ones at Interbike in a few weeks.  Depending on what I hear there I’ll either release my annual trainer buying guide in the next few weeks, or right as Interbike gets underway.