After a week of skiing, here’s what I was up to this past weekend!

Friday night we made our way back from the French/Italian Alps, ending our ski trip and kicking off a weekend at home in Paris.  But what should have been a simple 3ish hour train ride ended up far more.  I knew it was trouble when the lady nicely explained that half our train was missing.  Where did it go?  Nobody knew, but when it arrived in Geneva – it wasn’t there. 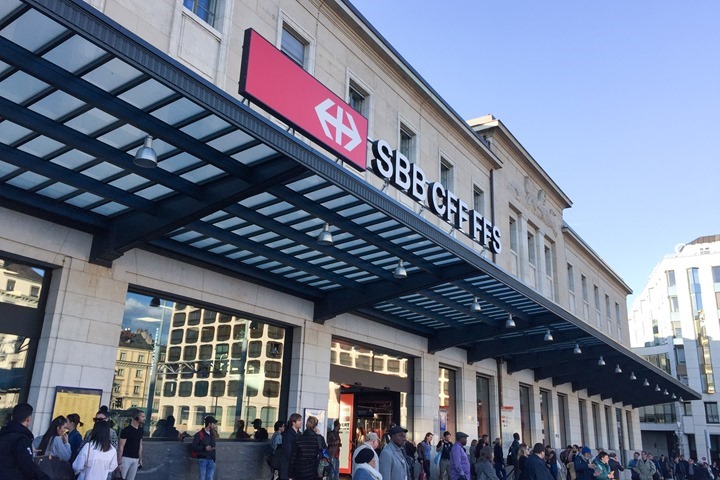 So we had to go meet it…45 minutes away…at some random station in the middle of nowhere.   So everyone piled into half a train, which was non-ideal. Of course, when we got there, the other half of our train wasn’t there yet.  It was still an hour away.

Which brings me to someone clearly failing that high-school question of: If one train leaves Geneva going 150MPH, and another train leaves Paris going 200MPH, where and when do they meet? 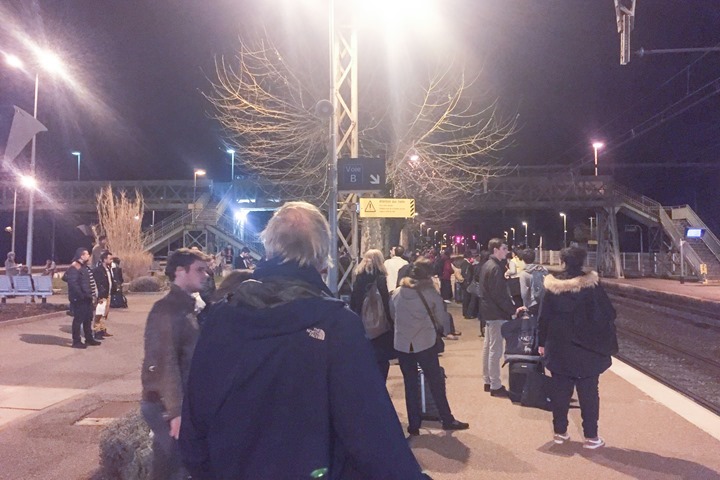 The answer? Not where they should.

Eventually the other half of our train came, and in the middle of nowhere we completed the great migration.

Except that wasn’t the end of it.

See the normal terminus of that route is Gare du Lyon.  But for the first time in 80 years, the tracks would be closed this weekend for work.  So instead we had to route to Gare Est.  But unlike updating your Uber app for a new destination, the train can’t route that way.  So that minor 3KM difference in destination resulted in a 45 minute re-route around Paris at speeds I could run faster than.

Eventually we got home around 1:30AM.  Blah.

2) Put together my NAS server

You may remember back a few months ago I put out a post outlining all my photography goodness.  As part of that I talked about the little storage server that I used.  Well, this weekend I refreshed that server, and decided to move it a bit.

Previously that storage server would sit at the Studio, which worked great in theory, but poorly in reality.  The problem was that I would be at the Studio during the day, but at night I’d be at home.  The last thing I wanted my laptop to do was copy dozens of gigs of data during the day to the server while I was working on it/WiFi.  Whereas at night, that’d be a much better time.

So I bought a new Synology server with four disk bays.  I then stuck 2x10TB drives into it in a simple mirror.  This gives me storage for now, but expansion for later.  These particular drives would work fine for my purposes, which is largely archival.  Also, I was mostly trying to find drives that were readily available on Amazon France, limiting my choices a bit.

Of course, the majority of the battle of getting this setup was getting it out of my mailbox. My @#$@##@ La Poste guy (again) stuffed more boxes in there than designed for.  So I actually had to cut it out using a knife. 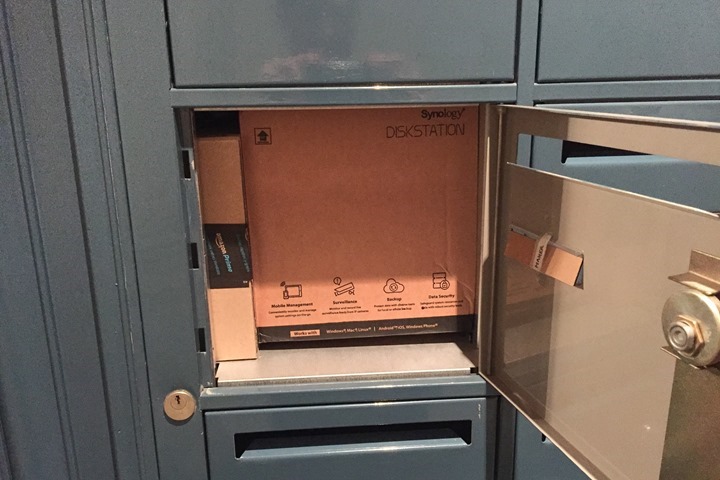 Meanwhile, the drives were delivered to the restaurant next door.  Apparently Amazon decided they couldn’t fit that in the mailbox either. 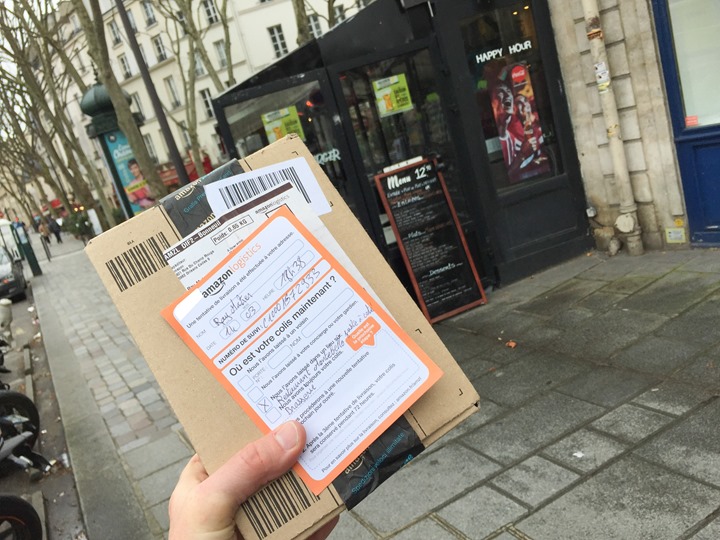 At least the slip of paper was nice and clear.

The actual setup of the Synology unit was great.  So much cleaner than the WD My Cloud I was using.  Plus, it has way more options for backup/recover than that WD unit too.  Woot! 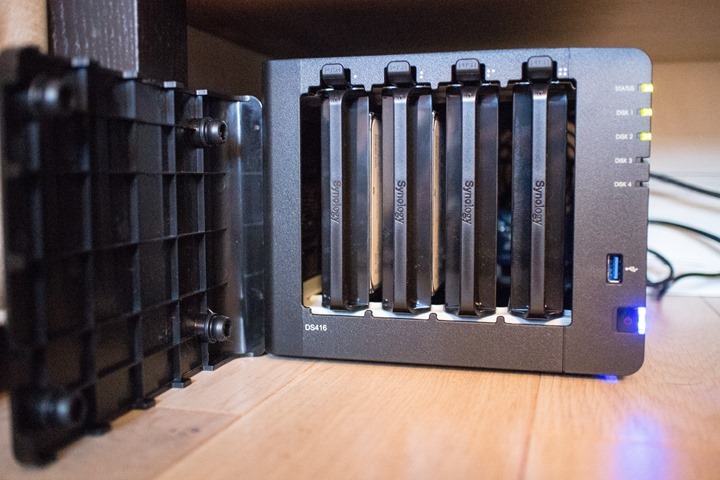 This system will sit at the house, and thus allowing my laptop to quietly backup each night, and also enabling The Girl to get access to photos more easily when she wants to make photo books and stuff (since she usually does that at night as well).  Certainly the WD Cloud thingy was available over the internet, but it just takes forever to skim through tons of photos that way. 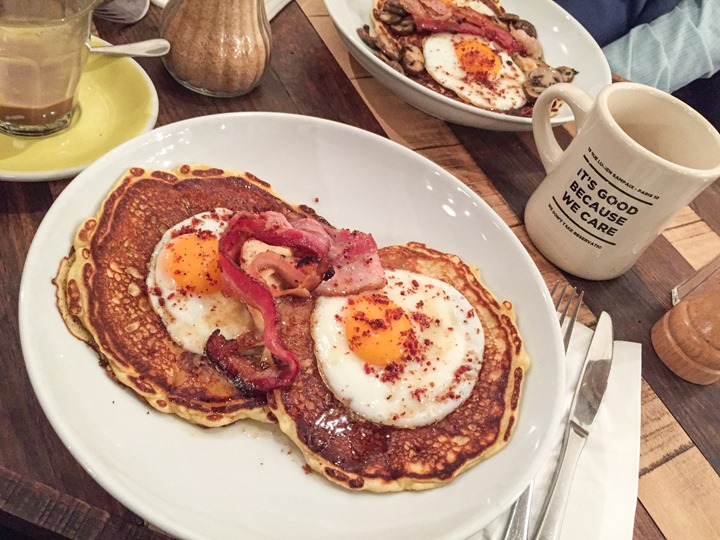 Saturday we grabbed some Velib’s and hit up all sorts of places around town.  For bunch we hit up one of my favorites – Holybelly.  Can’t wait till their new (much larger) place opens sometime this year. 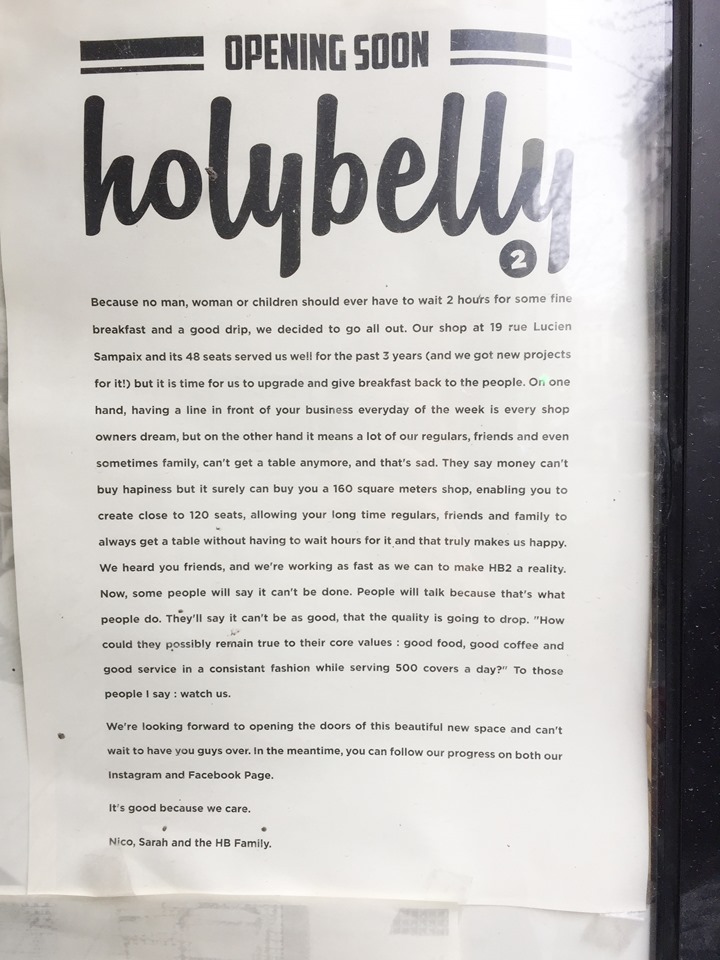 While waiting for our table, we walked a little ways to check out Cycles Laurent, one of the most famous bike shops in Paris.  It’s got cool stuff, though I don’t tend to go to it often since it’s quite a ways from me and my local shop is only about 200m away. 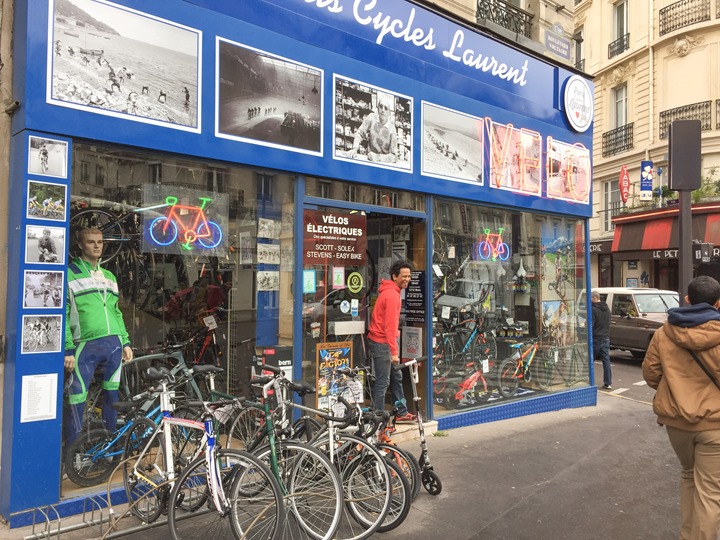 We’d continue our wanderings back from that area of Paris through a market or two, and a few other stops at boulangeries and random stores that looked interesting.  Kinda the best way to spend a Saturday?

Later that night we’d head back out again via Velib.  This time headed to ramen.  But of course, the route would take us through the Louvre. 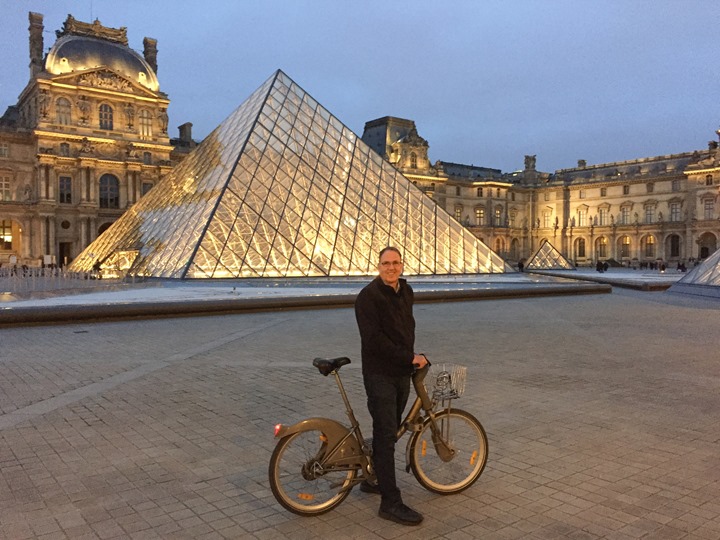 We luckily managed to snag bar spots at the ramen spot, giving us a great view of the ramen cookery. 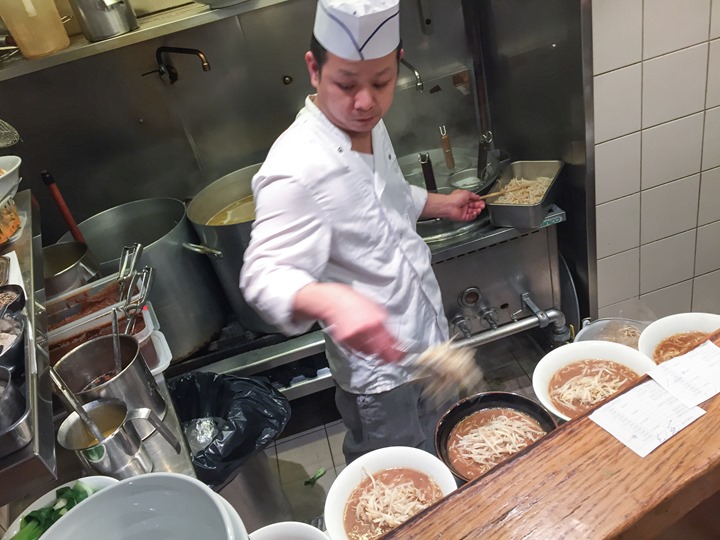 As always, the best 12EUR spent in the city (for three courses!). 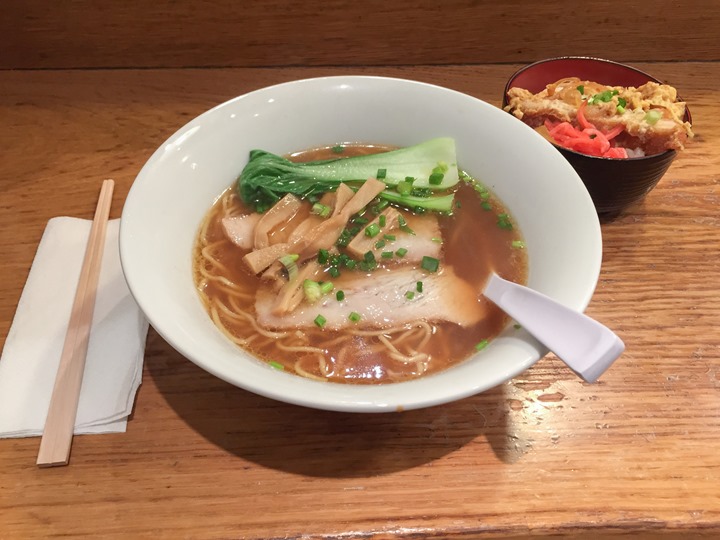 Afterwards we jumped back on the Velibs and headed up the Champs-Élysées to the Arc. 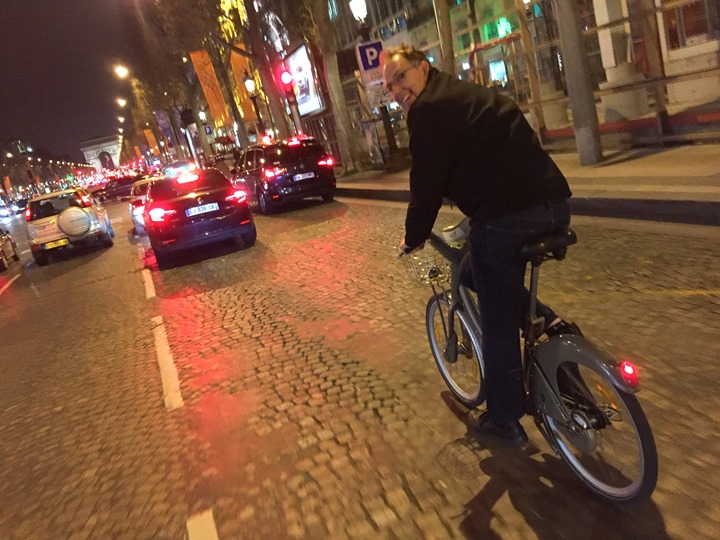 From there it was down to the Eiffel Tower for some night pics.  Though, my phone wasn’t producing the greatest pics at the time, so we’ll just end with the one above. 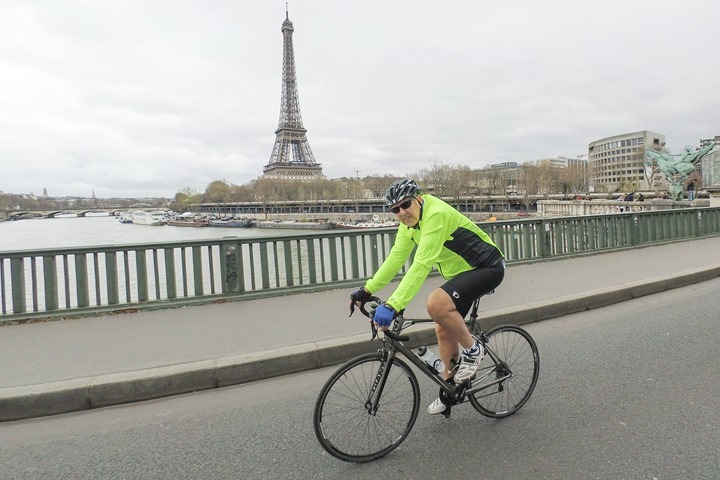 Late Sunday morning my Dad and I prepped the bikes and headed out to Versailles (by bike).  This meandering round would almost follow that of the Paris-Versailles running race, and is one of my favorite rides.  It’s got the most substantial hill (+ cobbles!) you’ll find in Paris baked into the inside of it, as well as the pretty forests in between Paris and Versailles.  Plus, who can resistant ending at the gates of Versailles?

I put him on my road bike, and then I rode my triathlon bike.  Putting folks on a triathlon bike in the city who don’t normally ride TT bikes is a recipe for splat-bug.  He had brought his Edge 800 bike computer, but I also stuck the Wahoo BOLT on there, since I saw no good reason to let a previously attached mount go naked. 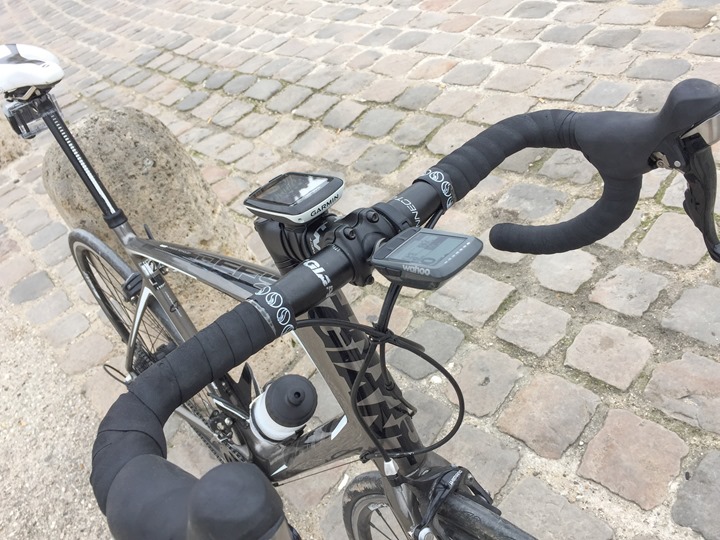 Meanwhile, for me, I was using an Edge 1000 – since I forgot to recharge both my Edge 520 and Edge 820 upon returning from travel.  I also had a Fenix 5 and a Suunto Spartan Sport Wrist HR, both on separate wrists.

While it was overcast for the way out, it was at least rainless.  Given we just had a week of beautiful blue skies while skiing – I’m not going to complain about a bit of clouds. 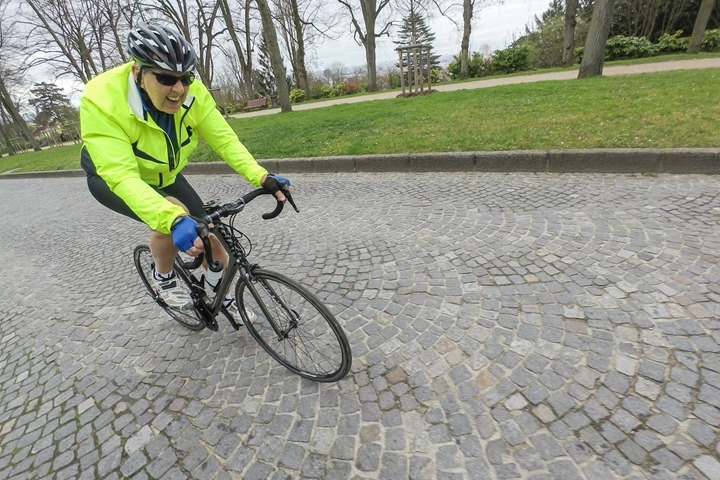 Here we are arriving at the golden gates of Versailles. 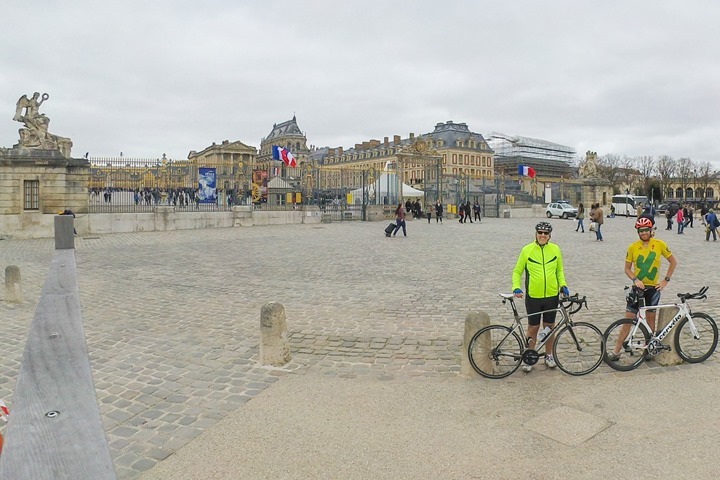 As always, it was packed with visitors. Thankfully we didn’t have to go in – phew!

5) A very brief update on Arofly 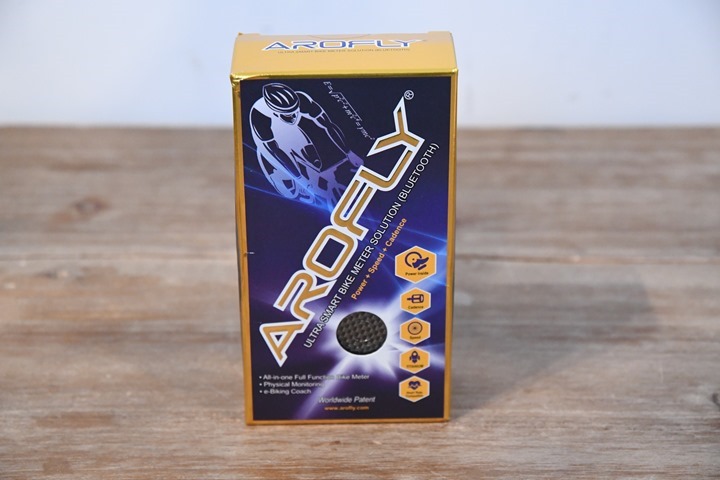 I’ve seen a small uptick in requests for information on the Arofly ‘power meter’ which I discussed a few weeks back in an unboxing section.  Some folks were wondering what came of it.  This is a tiny $129 unit that you attach to your tire valve on your wheel, it’ll then measure power, speed, and cadence. 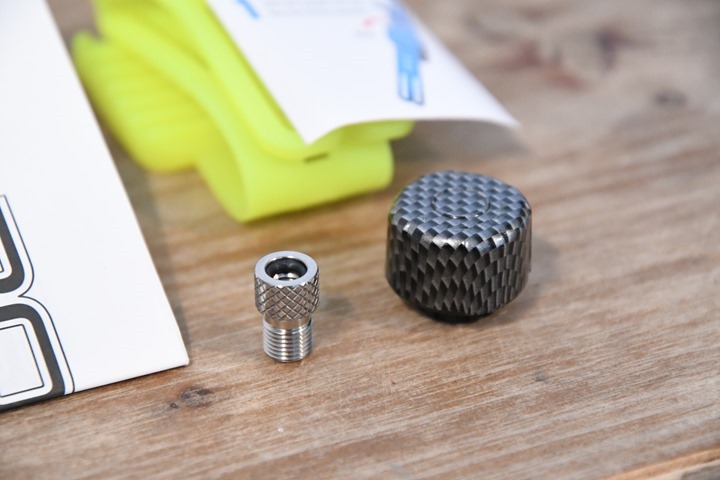 The longer version is that when the company sent me the unit to try out, they warned that was a distinct possibility and that if it occurred they’d send me a new one.  The problem would manifest itself as displaying speed, but not displaying cadence or power.  And sure enough, that’s what happened. 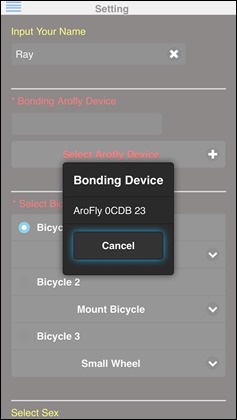 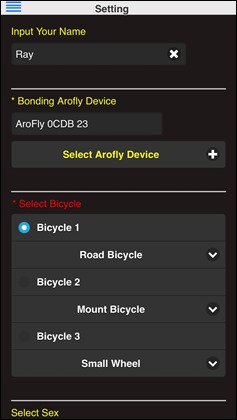 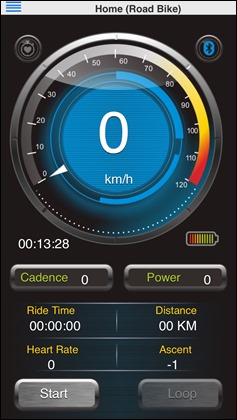 Still, that gave me enough of a window into the product to already form some opinions.  For example, I was able to use the app to try that out and get an understanding of it.  While the company sent me a new unit (which arrived into my US forwarding box on Friday, and I’ll have here by the end of the week), I’m going to really struggle to find any reason to recommend it.  And that’s for a few specific reasons:

A) The unit *requires* that you utilize only their app to connect to it, and only their app will display data from it.
B) Said app must be open and running the entire time.  While they include a cheap handlebar mount, if it’s raining you’re out of luck – because the app cannot be locked in the background, it’ll end the data recording.
C) There’s no method to export any of your ride data from the app.  It’s in their app and without any method to get it to other platforms like Strava, TrainingPeaks, or heck, even MapMyFitness.

All of which ignores that it doesn’t connect over standard Bluetooth Smart or ANT+, or whether or not it’s even accurate.  Keep in mind that Strava gives you a relatively good approximation of power already, so if you want a cheap solution – that’s great.  Same goes for the PowerCal (at $99), which I’ve shown gives you a great approximation of power (surprisingly accurate aside from sprints).  And again, that’s transmitting on open ANT+ & Bluetooth Smart.

If at least the unit recorded the data in the background on their app and allowed you to export an industry standard .FIT/.TCX file at that price point I could (perhaps) see the value of it.  But at this point, I think it’s a non-starter.