5 Random Things From a Weekend in Newfoundland

I’m on my way to Interbike! But first, a bit of a stopover for a long weekend in Newfoundland, which happens to be The Girl’s hometown in the greater St. John’s area.  Of course I have been here many times before, and it’s even where I proposed to The Girl. But even more importantly, this time The Girl’s parents would get to meet the little one for the first time.  Fun times! 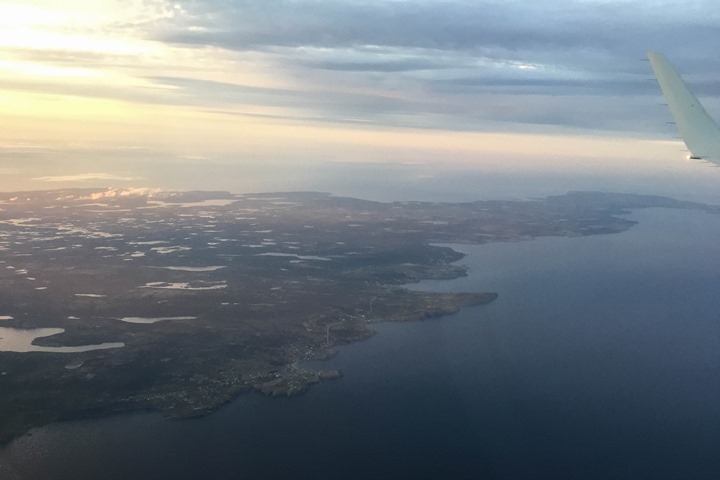 Ok, this was technically pre-weekend, but how could I not include the below photo?  This would be the little one’s 3rd transatlantic flight, and I think 6th flight overall.  She seems to love flying. 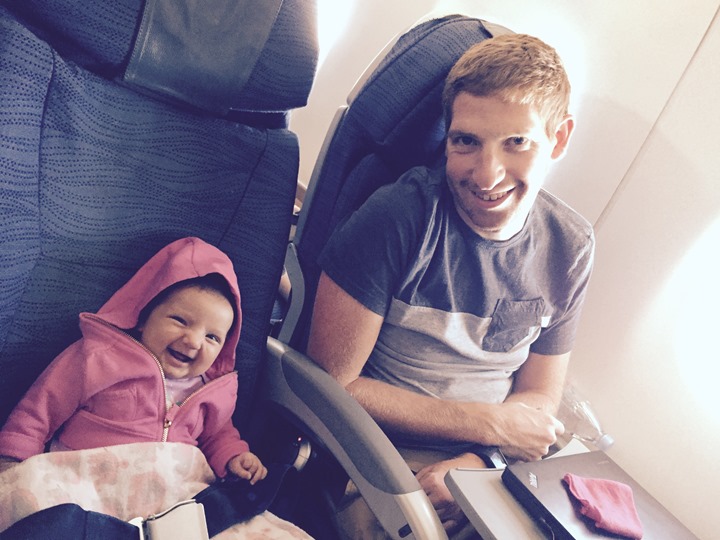 Of course, in order to fly to Newfoundland with a dog in tow, you have to fly over Newfoundland first.  So we flew from Paris to Toronto flying over our destination, and then backtracked the nearly 3 hours along the exact same route to St. John’s.

While you can route from St. John’s straight to London, British Airways does not permit the transfer or carriage of dogs onboard once we transfer to Paris…so…we’re out of luck there with little Lucy.  No worries, she still seems happy in her little carrier below the seat.

2) Running with the foxes

Both Thursday and Friday the weather was rather nice.  For those familiar with Newfoundland, that’s not exactly a common scenario.  So both days I headed out for a run.  On the second day I went for a run across some ridges and onto some trails to get to an overlook.  On both days though, it was nice running in the trees and enjoying the quiet. 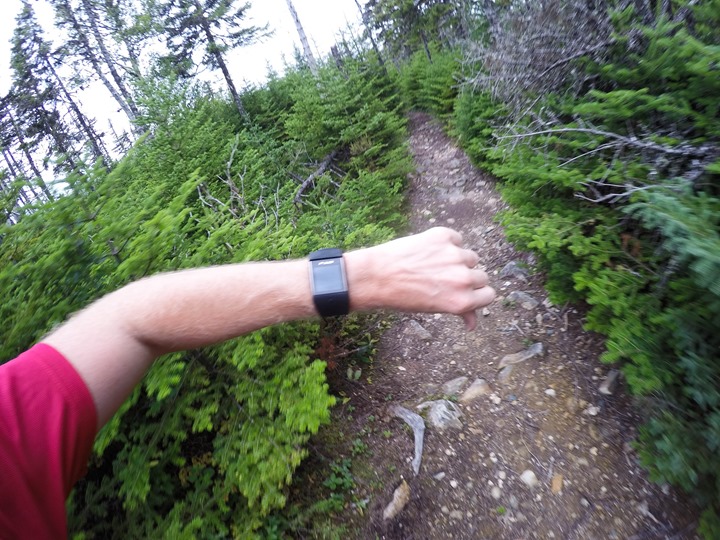 Once I finished ascending on the second day, I got an awesome view of the water down below, and the Bell Island ferry making the crossing. 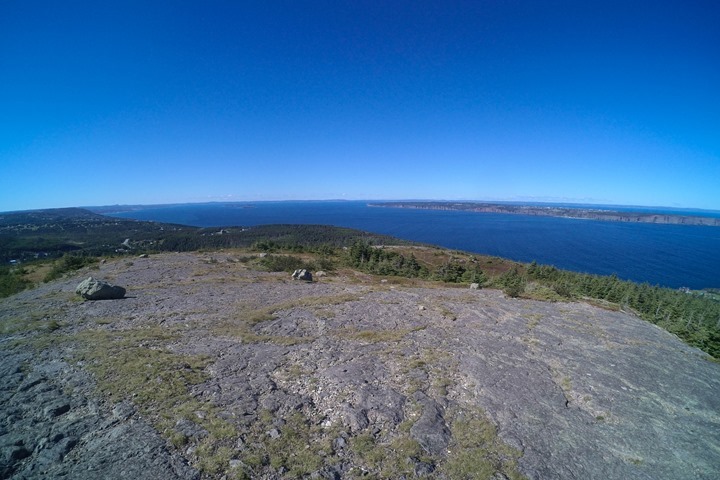 But, even more interesting was this small fox who seemed curious about me. 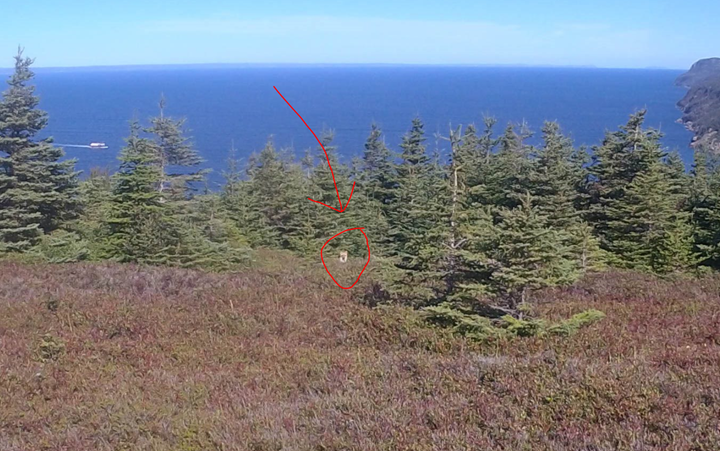 He (or she) watched me as I cut across a trail, before I zipped out of view and made my way back.  The run was only 10KM, which I find is about the perfect distance for just a casual run with no specific training purpose. 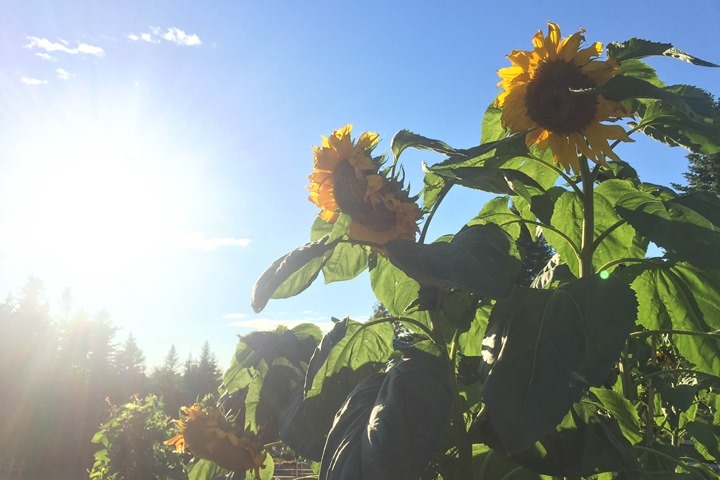 With all that sunshine, we took advantage of it hanging out in The Girl’s backyard.  It’s effectively a massive garden, with everything from the sunflowers above, to a greenhouse, and even these moose.  All of which they’ve made themselves from scratch. 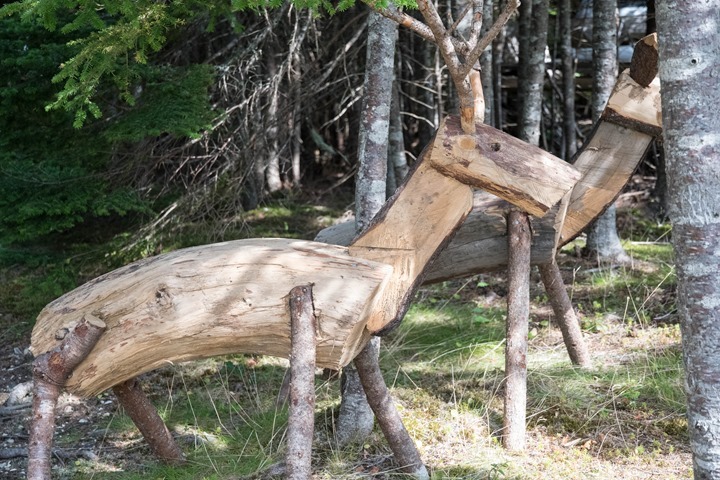 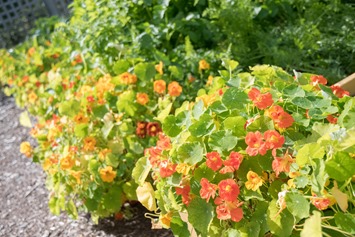 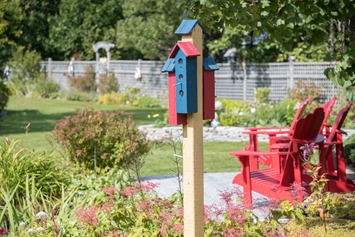 Lucy of course loved running around all day long.  She’s run so much the last few days that this Monday she’s poking around like she just ran a marathon. 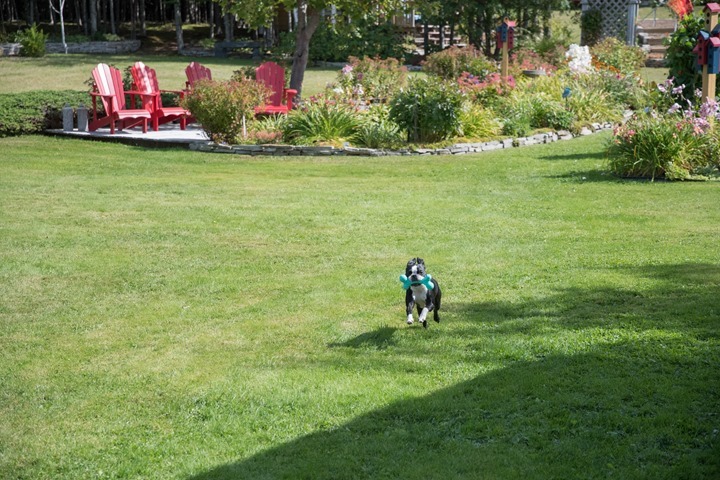 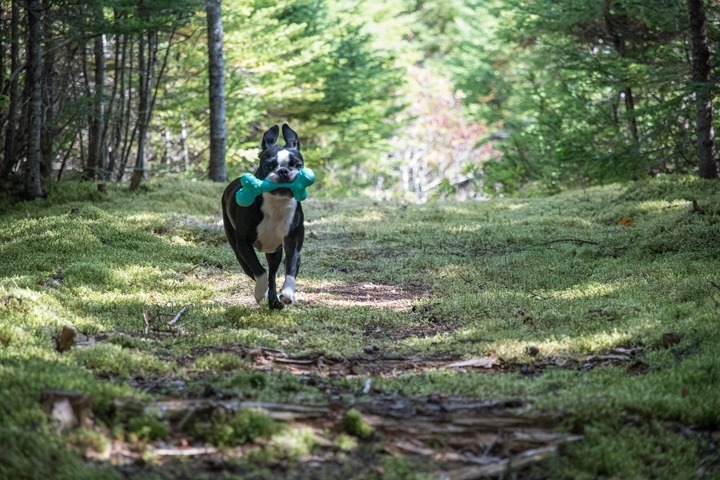 And when she’s not running around, she’s following you around.  In this case, feeling left out when I walked into the greenhouse and she missed the door closing. 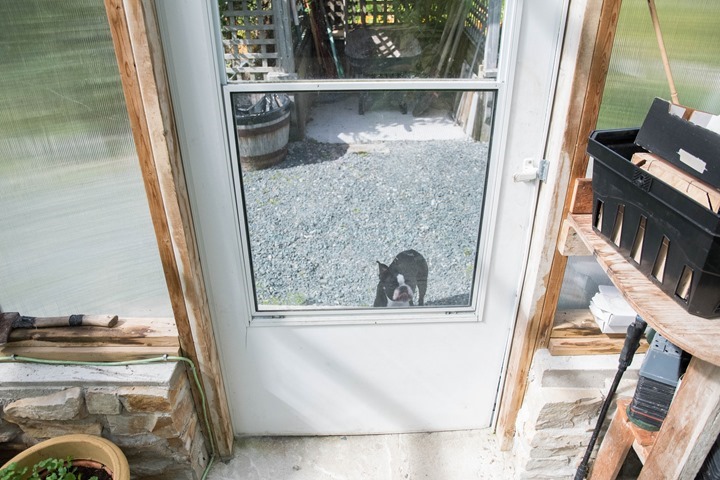 Inside was all sorts of goodness growing. 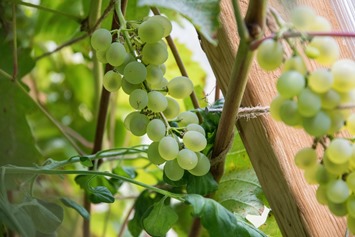 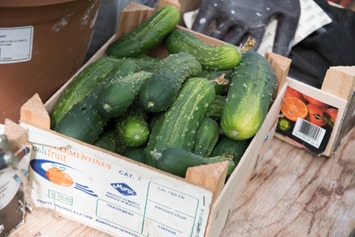 We also headed down on Saturday for a bit of a hike around the local University’s (MUN) Botanical gardens and trails too.  Baby in tow of course. 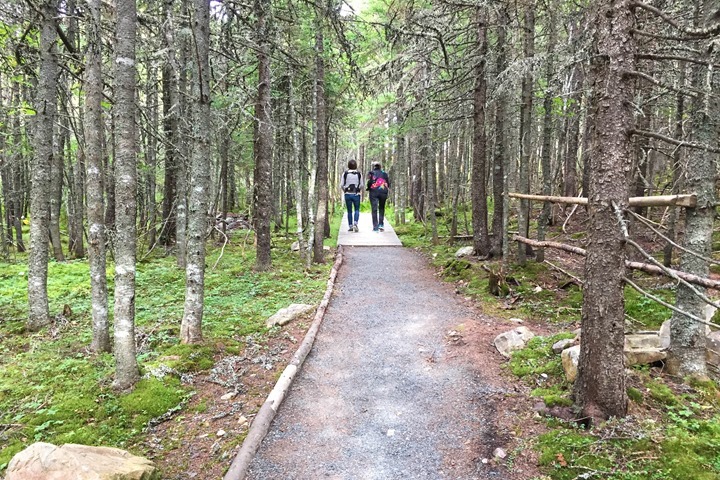 Good times in good weather for sure!

Of course, no trip to The Girl’s parents would be complete without an abundance of food.  It all starts from the garden, with every vegetable we ate being less than 100 yards away. 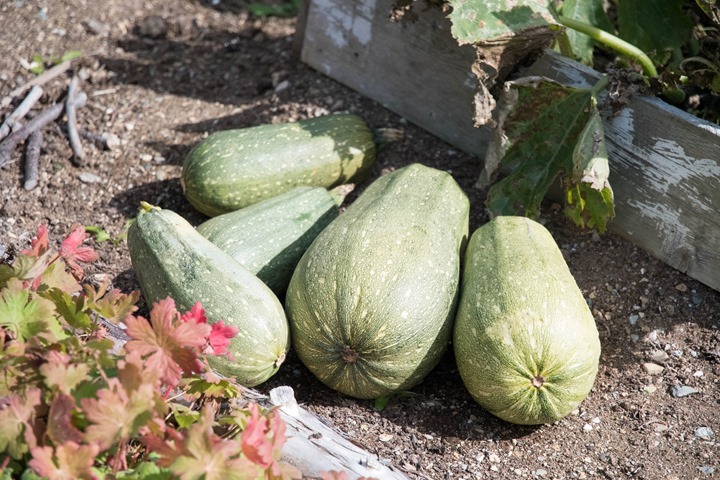 And for the chanterelle mushrooms?  Those too came from the woods. 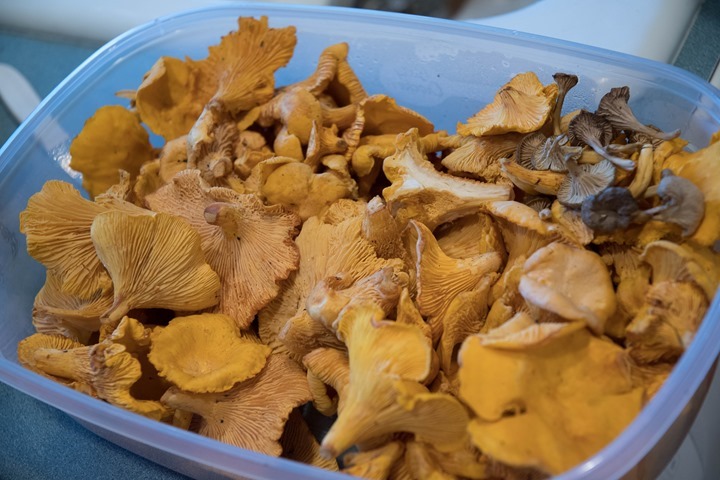 The mussels though…we didn’t go and plunk them out of the water this time (unlike last time). However, they were still pretty darn good. 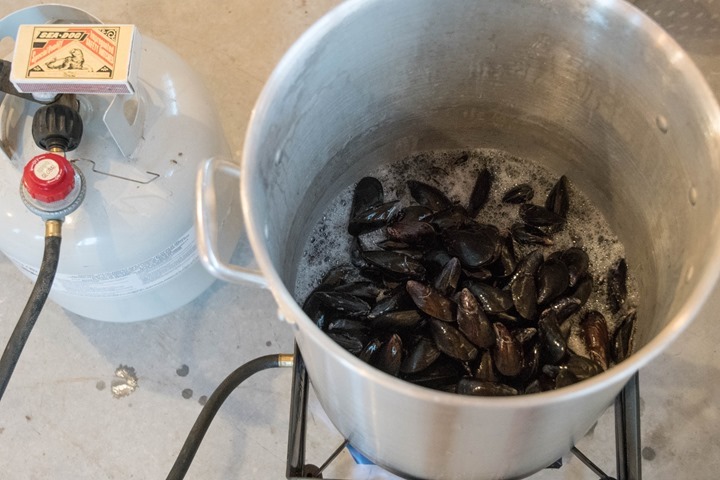 Especially once a bacon crème sauce was applied.  You can never go wrong with some lardon on your mussels. 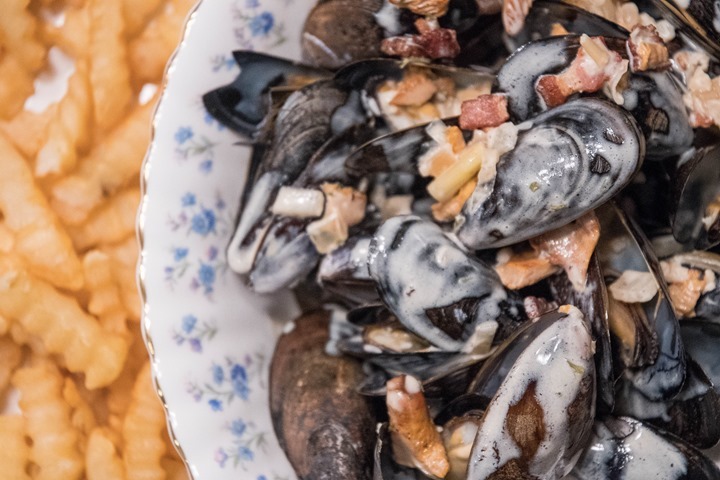 But don’t worry, we rounded things out with dessert too. Every…night. I’ve long known where The Girl gets her baking genes from. I’m just gonna have to run more. 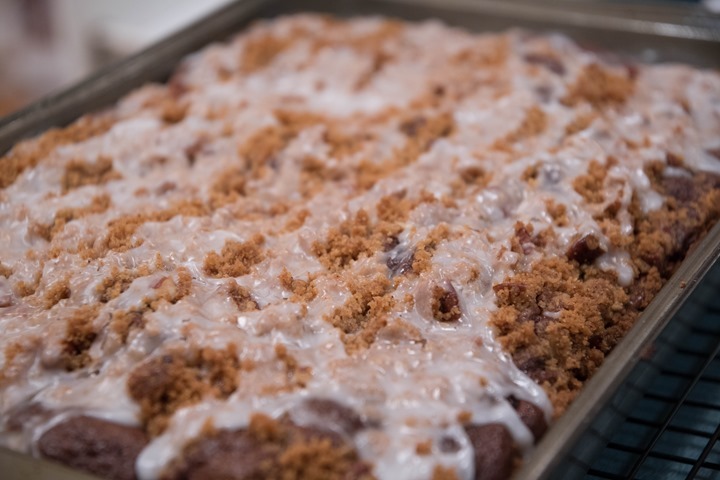 Don’t worry, despite my Vegas interlude, I’ll be back next weekend to continue the feasting.

5) Riding in the rain

Last up we have a bit of a Sunday ride.  Now when we moved to Paris four years ago we left one of my older bikes up at her parents’ house (and I have another at my parents’ house in Seattle).  It was all packed up in one of our bike boxes. 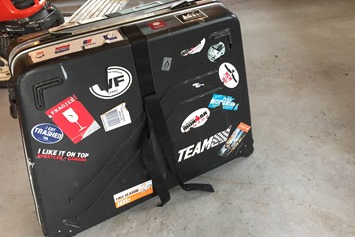 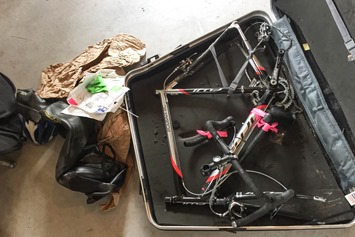 I got everything all unpacked, and then swapped out one of the now popped tubes.  A bit of lube on the chain, and it was good to go!  But still, it’s been quite a while since this bike has seen action! 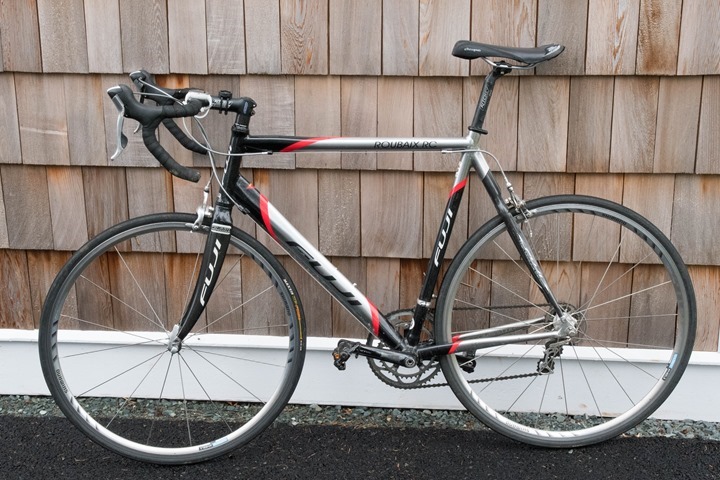 I found this mount on there, I’ll let you take a guess as to what exactly it was from.  Note, it’s not a standard Garmin Edge quarter-turn mount. 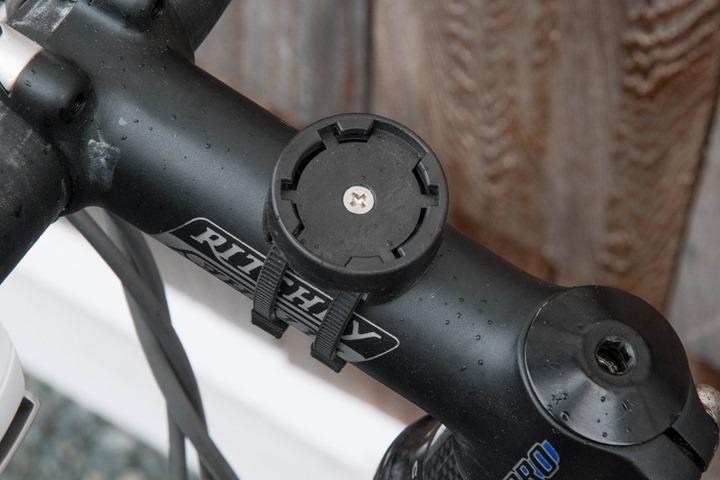 Of course, my timing wasn’t quite the greatest on the weather.  I should probably have gone out earlier in the weekend, as now it was starting to rain a bit. 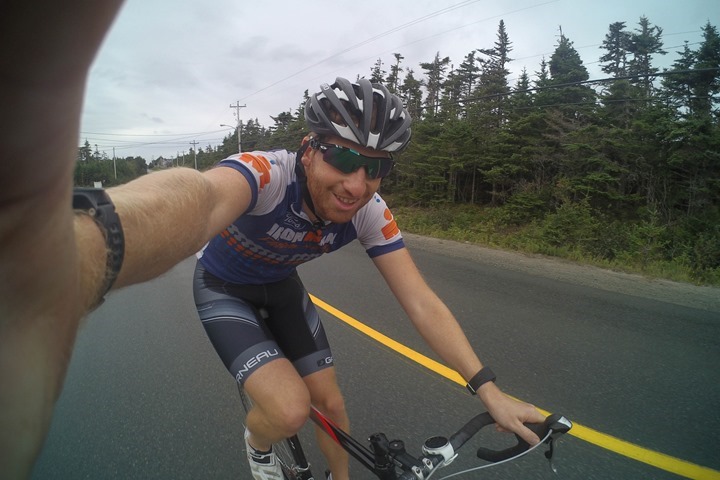 Still, it wasn’t too shabby.  The wind was strong, as always, but that’s no biggie.  At least it wasn’t pouring out. 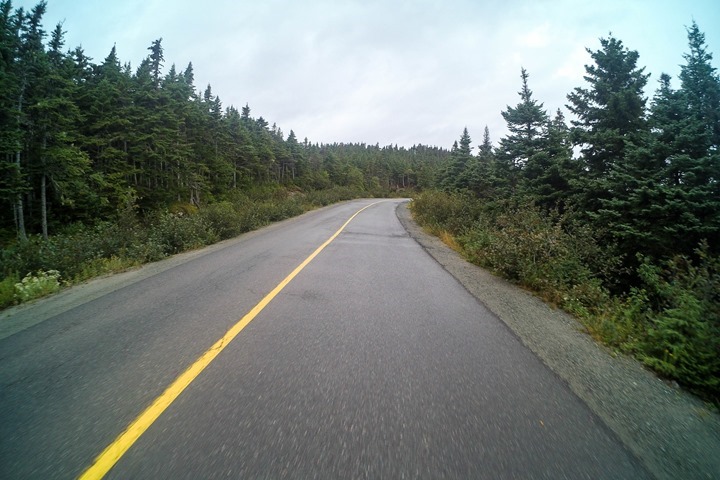 I made a bit of a stop at the beach before a long climb back to the house. 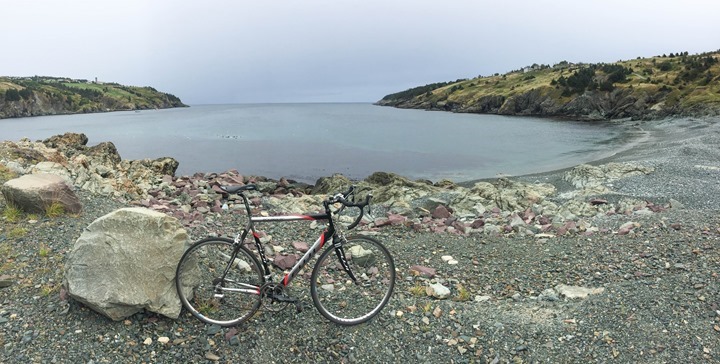 There were no peoples out sun tanning.  Not sure why.

With that – thanks for reading – and looking forward to a busy week at Interbike, which begins today with the Outdoor Demo, and then starts Wednesday with the main show.  See ya from Vegas!