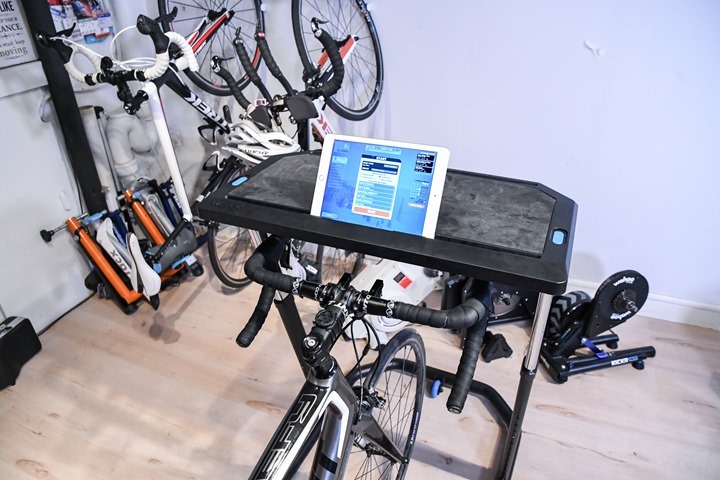 Zwift is somehow already two years old, how time flies!  While they only started taking your money last winter, it seems like just yesterday we were seeing the first demos of the platform.  Since inception they’ve added a structured workout mode, the ability to shake your trainer, and two new courses.  Yet from the start one of the most commonly requested features was to be able to have an iOS version of the training app.

They somewhat bridged that gap last year by introducing an iOS companion that allowed you to control Zwift aspects from your mobile phone, but it didn’t run the Zwift platform.  For that you still needed a PC or Mac.  That requirement is no more! 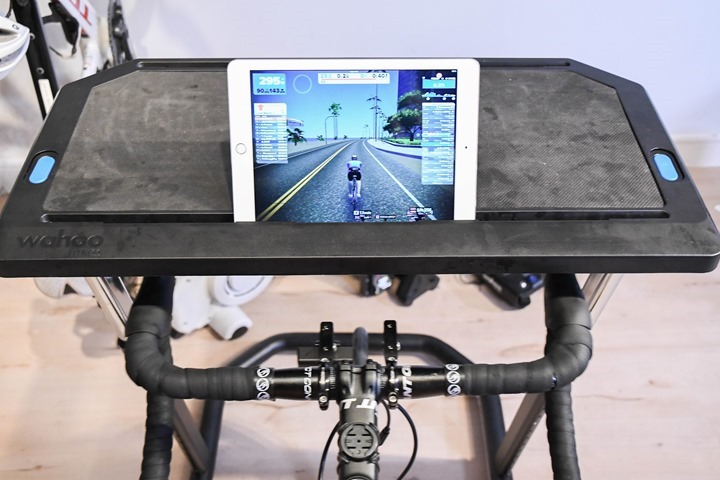 Zwift will start rolling out their iOS beta in September, which will work on more recent iOS devices.  One of the core challenges with offering a mobile platform in the past was the graphics capability of those older devices.  When you consider that some group rides could mean displaying more than 100 riders on the screen – not to mention the scenery itself – you get an idea of the complexity.

So there’s a bit of a specific compatibility list to start with, which are the following devices:

As long as you’ve got one of those devices, you’re golden.  If not, it’s a perfectly valid excuse to upgrade your device… obviously.

Next, since iOS doesn’t natively support ANT+ without an adapter you’ll be running everything on Bluetooth Smart.  That means that any and all accessories you use will need to support Bluetooth Smart.  This starts to become a core reason why you’d want to buy dual ANT+/Bluetooth Smart sensors for things like heart rate straps and cadence sensors.  Even if you use a Garmin head unit, this allows you to also use Zwift on iOS (whereas with a Garmin HR strap you’d be out of luck). 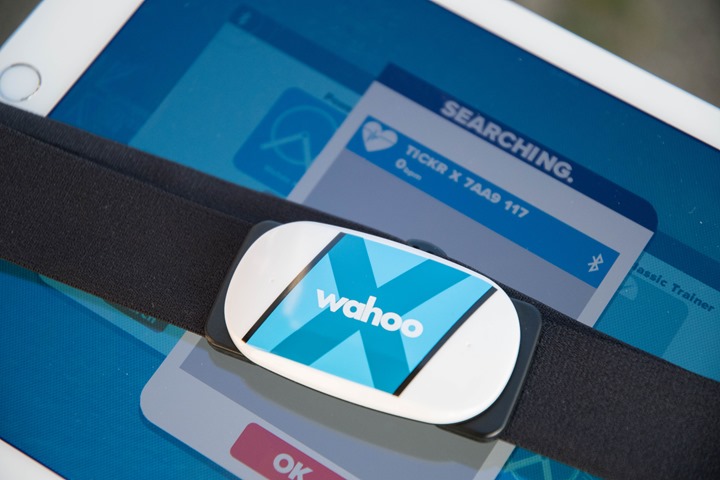 Next, you’ll need a compatible smart trainer, which also requires Bluetooth Smart.  So that list is as follows:

Ok, with all that set, you’re ready to get cooking and crank up the app (which I got early access to, but Zwift is launching the beta sometime in September).

Now that you’ve found all your pieces and parts (and visited the Apple Store in the process), it’s time to get logged in. 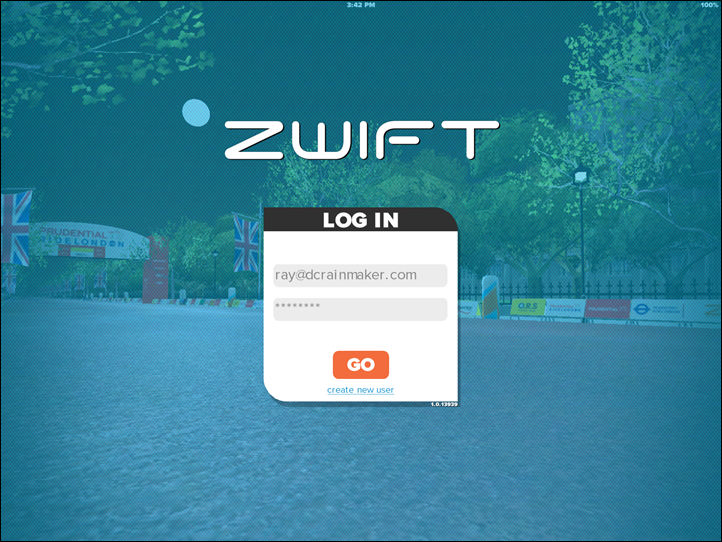 Once that’s behind us, you’ll start by searching for Bluetooth Smart accessories.  This screen is basically the same as the one found on the desktop app – so no surprises here. 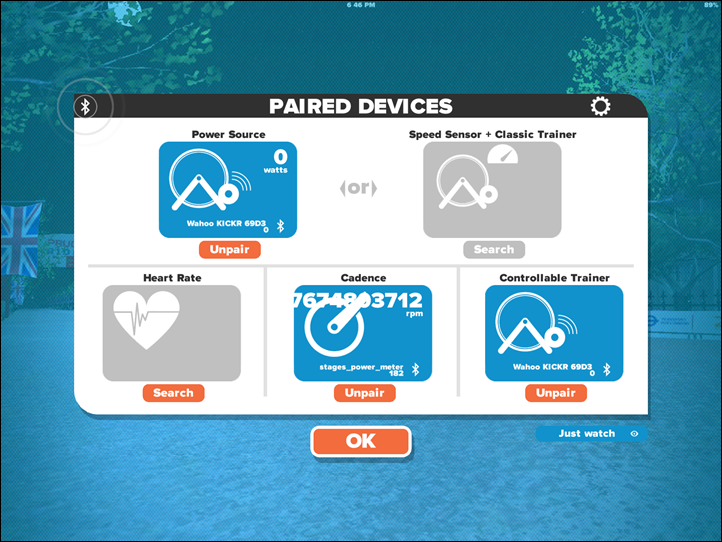 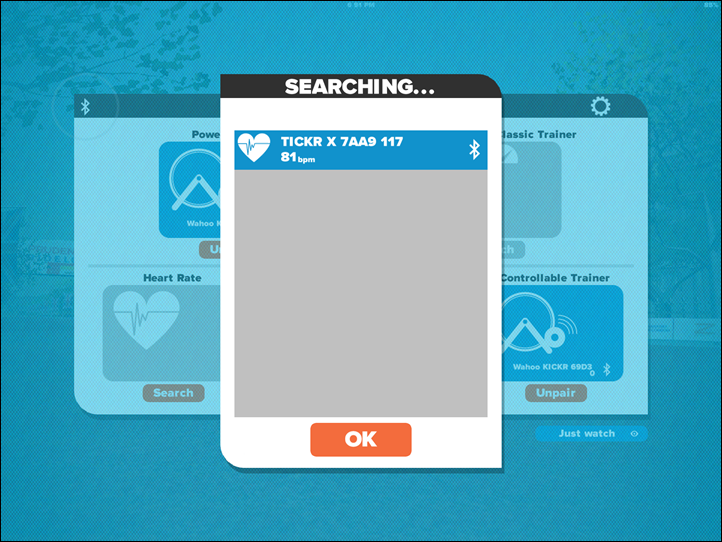 Next you’ll go ahead and select whether or not you’re doing a workout or riding the course of the day.  It’ll also show you the accessories you’ve paired as well.  And as usual you can see the planned events up in the upper right corner. 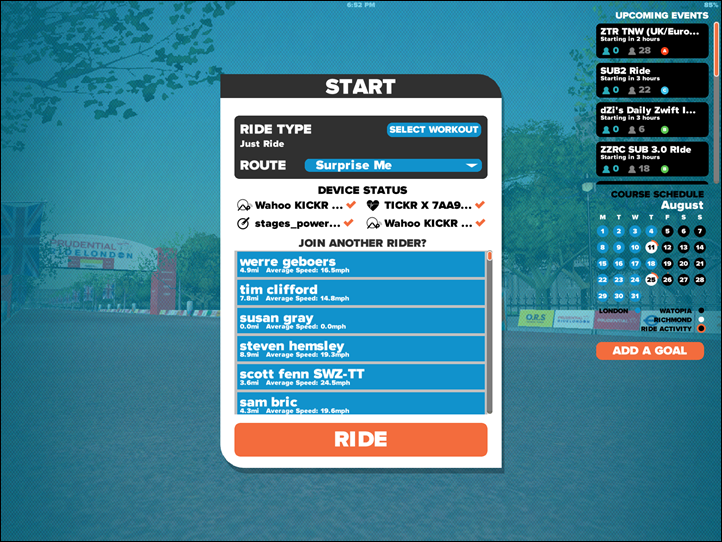 As is usually the case you can also pick to start next to someone else, allowing you to continue your BFF relationship status with your spouse riding buddy.

At which point it’s simply time to ride.  Overall, it honestly works pretty much just the same as regular Zwift on a desktop.  Which, is obviously their goal. Simplicity and a high ‘just works’ factor means a shorter post for me. 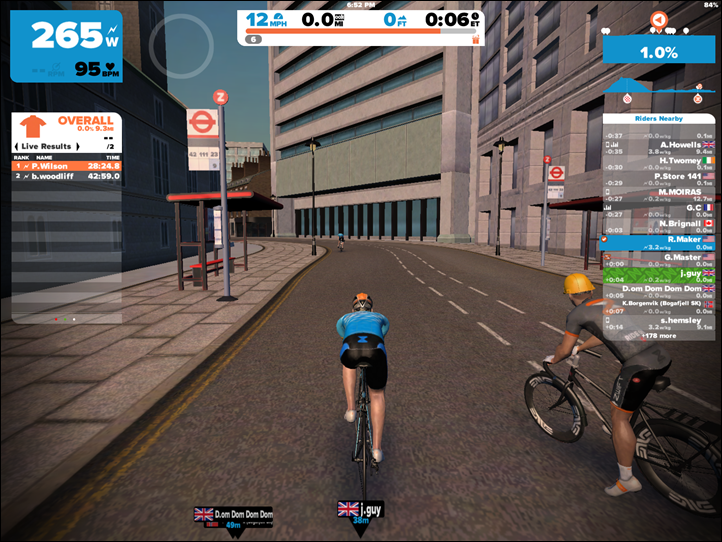 You can also dive into the workout option as well, and you’ll see the familiar options for selecting a workout from the list: 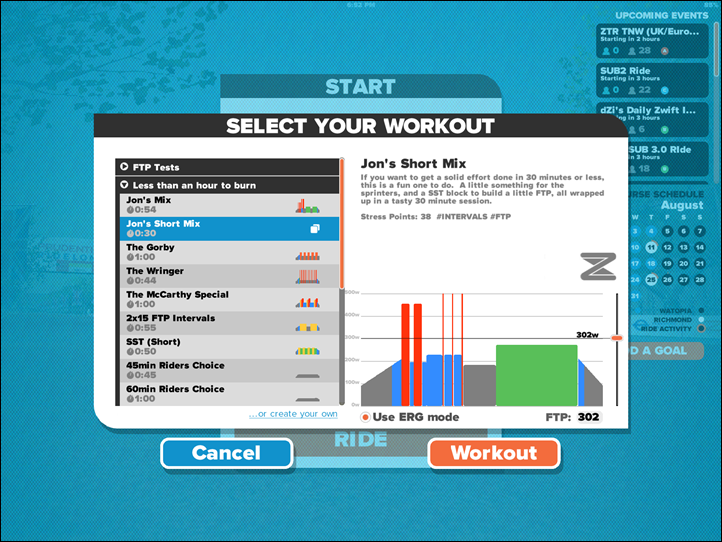 In either mode you can change the camera angle by tapping the upper edge of the screen, though that’ll be cleaned up a bit in the beta version (this is pre-beta).  Here’s a few different views:

Of course, don’t worry if you have a big screen, Zwift has you covered there as well.  You can AirPlay the screen to an Apple TV.  Alternatively, you can just use Apple’s Lightning to HDMI cable for a wired connection to the oversized TV of your choice.  But, read my massive guide on all that goodness here.

Oh, and if you’ve got the Zwift mobile link app (that’s the usual companion app), then you can double-down on your Apple goodness and use both concurrently like before. 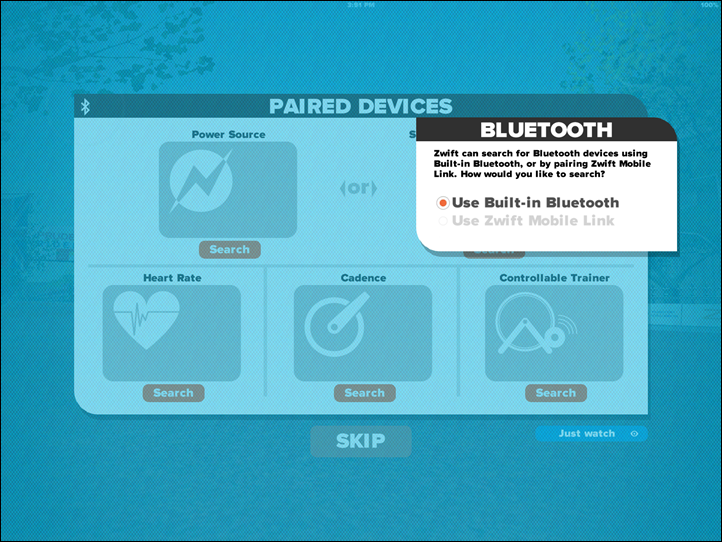 Same goes for aspects like changing your kit and looking at achievements: 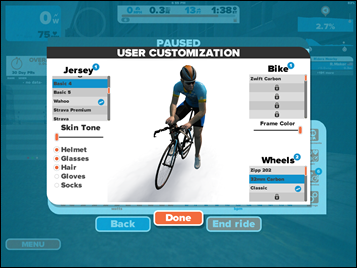 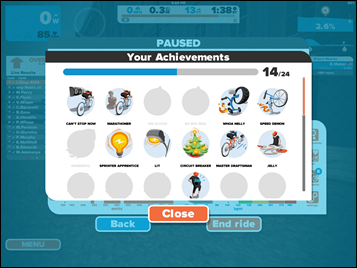 Again, pretty much everything works as you expect, which is kinda nice for a change.  There’s only a few minor items that should be present before the official beta begins – such as being able to pake a u-turn and some UI related items to clean up the screen a bit more.  Still, not too shabby. 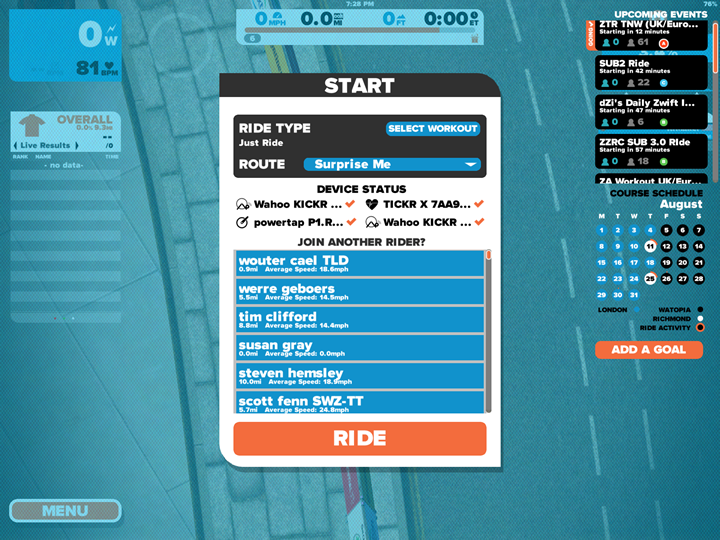 So, the next big and obvious question is what about Android?  The company says that for now they’re focused on the iOS version, and even though it sounds like an Apple TV OS version is in the cards prior to Android (likely due to similarities).  They note that the key challenge on Android for them is the massive differences in hardware performance between devices.  With iOS devices, they tend to fall more heavily towards the premium hardware aspect, whereas Android devices cover a wide range of hardware performance from inexpensive (read: poor graphics chipsets) to really high end.  Managing those expectations will undoubtedly be tricky.

Which isn’t to say that they shouldn’t try – they certainly will, but like any successful company they have to prioritize, and right now prioritization is on iOS.

With that – thanks for reading, and definitely stay tuned for the Zwift Beta invites to go out for iOS.  It sounds like they’ll be inviting current Zwift users first.  Feel free to drop any questions below and I’ll see what I can do to get you answers.