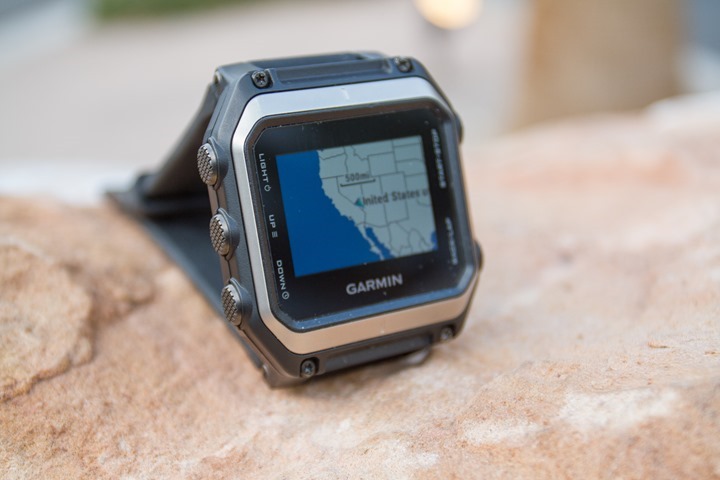 Today Garmin introduced a full color mapping GPS wrist watch that doubles as a multisport watch – making for the first time they’ve merged the multisport world with their historically separate handheld mapping units.  This new unit – the Garmin Epix – employs a touch screen (as well as regular buttons) to allow you to navigate on full color downloadable maps as well as Connect IQ apps.  But more importantly to this segment here, it’s a fully functional GPS sport watch containing every single feature of the FR920XT and just announced Fenix3 watches.  It’s effectively the ultimate single Garmin GPS device containing everything minus the kitchen sink.

I’ve had some very brief hands-on time with a prototype Epix unit to get the run through on the key features.  Expect a much deeper review in a few months once it releases. 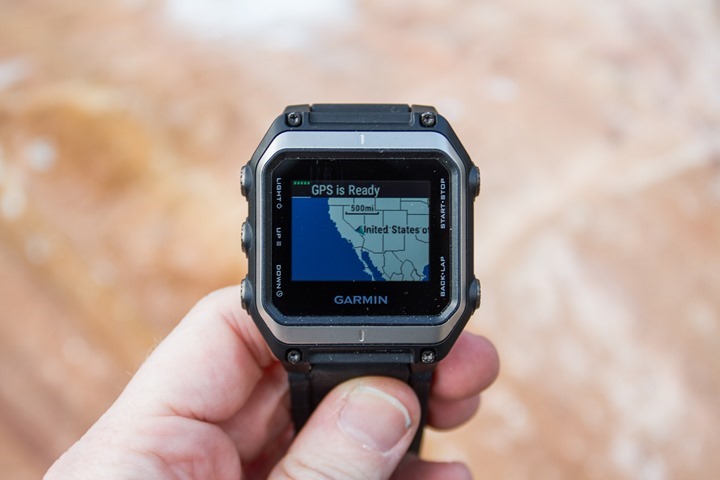 The first thing to understand is that it has every single software function of the Fenix3 (which in turn, has every software function of the Forerunner 920XT).  There are some hardware differences though, mostly positive, but one negative (no WiFi).  On the positives, first is that the Epix has the larger 1.4” full color touch screen.  The main point of this enlarged screen being to display maps like above. 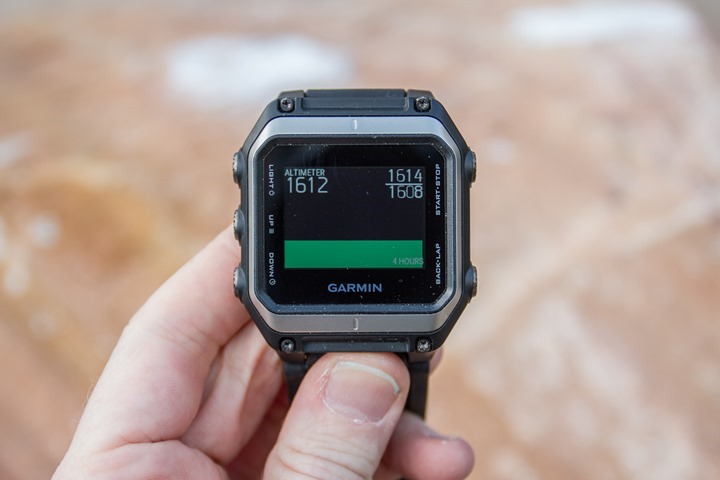 These maps can be purchased as part of an Epix bundle, or downloaded separately from either Garmin.com (paid) or free 3rd party sources (just like the Garmin Edge series).  So you definitely aren’t limited to Garmin’s semi-costly maps, which is great news.  That moves right into the next piece, which is storage.  The unit contains 8GB of storage for maps, which should be plenty for just about any expedition out there.  You can’t extend the storage, which is likely due to the increased 50m waterproofing and difficulty they’d have otherwise properly waterproofing a micro-SD card port. 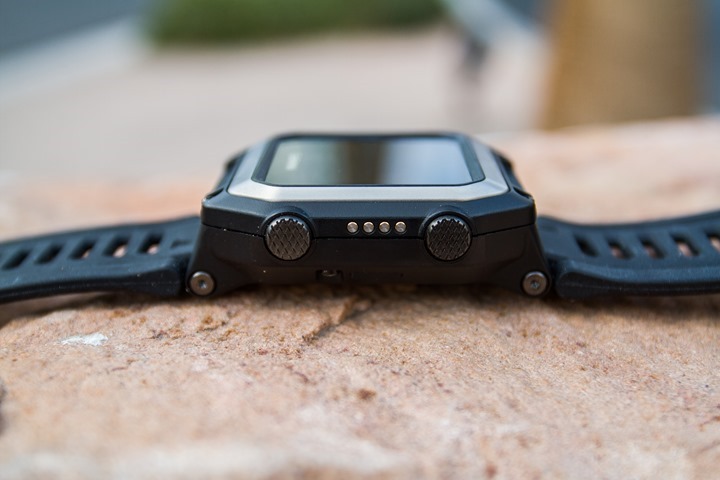 Because the Epix carries with it the expanded navigation feature set of the Fenix3, it has a much higher focus on hiking and related activities.  This includes features not found in the base FR920XT, like the Sight ‘N Go capability as well as the TracBack functions.  Further, unlike the FR920XT you can control the zoom levels and change it as required on the fly.

For the triathletes in the house though, you weren’t left behind.  As noted above, it carries with it all of the triathlon-focused functionality found in the new Fenix3 and the FR920XT (for those who haven’t read the Fenix3 post yet, all you really need to know is that there’s nothing new tri-specific software-wise that’s not in the FR920XT already).

The included multisport functionality means that you can take the watch out into openwater and track swims just as easily as navigating in the offseason in the mountains with Topo maps. 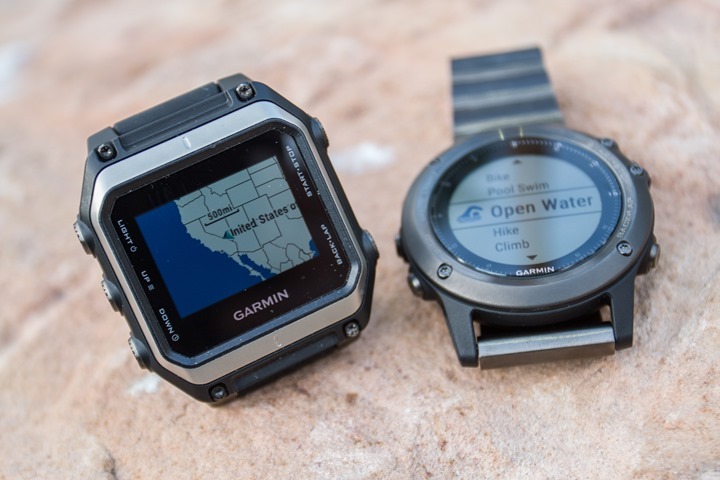 The same goes for activity settings, sensors and profiles – all of that is retained from the FR920XT.  While the watch is no doubt bigger (in every way) than the slim and sleek FR920XT, it doesn’t feel much different than the older FR910XT from a size standpoint.  So if the FR910XT didn’t bother you, I doubt the Epix will either. 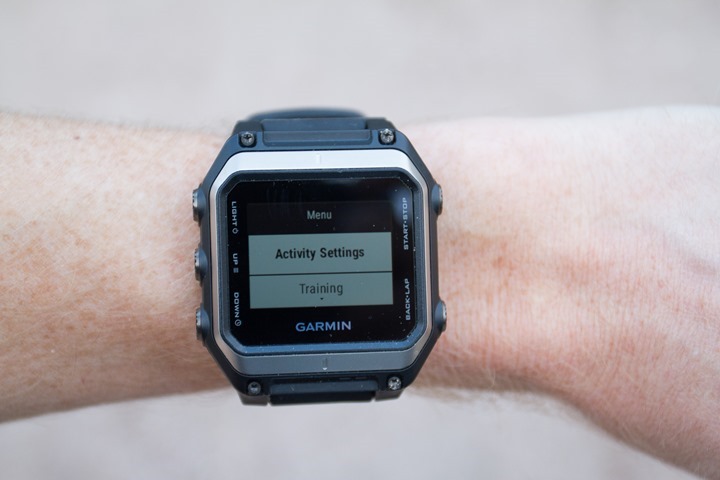 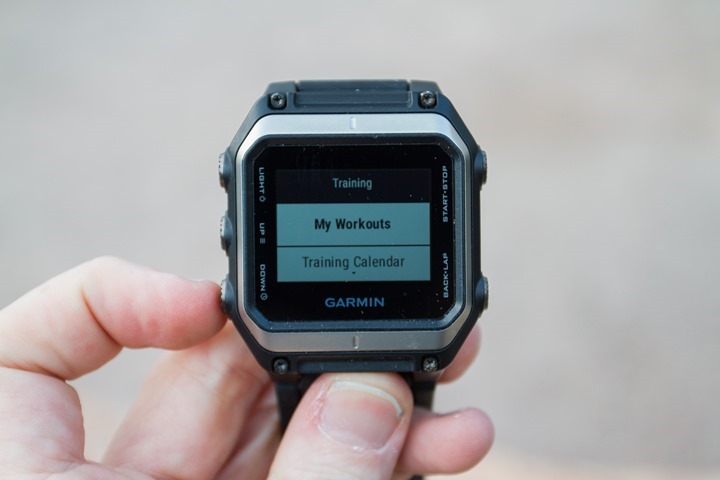 Now, there is one hardware feature that strangely isn’t found in the Epix watch – which is WiFi.  Despite being available in all other recent high-end Garmin units, it didn’t make the cut for the Epix.  Fear not though, you’ve still got USB as well as Bluetooth Smart.  So you can still transfer routes and what-not via your phone, just like with the Fenix series.

And finally, just like every other new Garmin device over about $200 these days, it supports Garmin Connect IQ.  This means you can download Garmin Connect IQ apps, watch faces, widgets and data fields to the Epix.  There’s already a number of companies (big and small) working on apps, which I’ll dive into in a post later this week.

Now, it’s probably getting a bit confusing with some of these recent models as to how the FR920XT, Fenix3, and Epix all differ.  In many ways, they’re basically the same base functionality with the material aspects of the watch and navigation capabilities being the major differences.  Here’s a nifty little somewhat over-simplified overview of the differences that I whipped up: 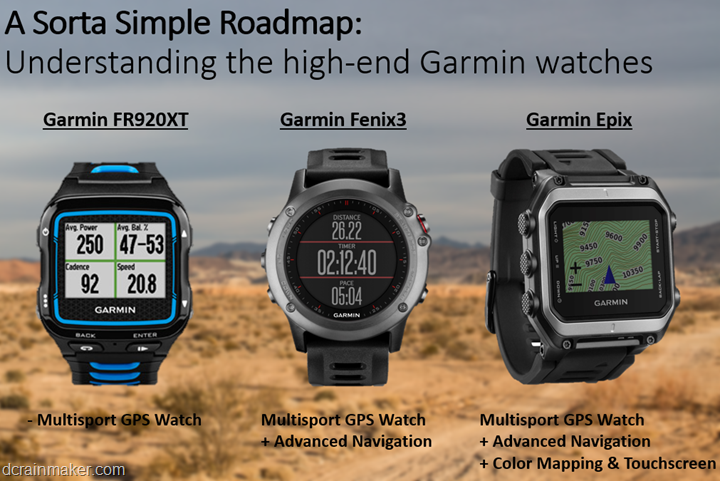 But, for those of you who are more spec oriented, here’s the full rundown of specs.  Note that my charts don’t fully cover materials yet (like the glass front, bezel, and band types), so this is more from a technical feature set level.  Also note that for the Epix series there are two models.  The first is at $549US without detailed maps, and the second is at $599US with the TOPO US 100K maps.  Keep in mind though you can easily download free maps from the interwebs, so I wouldn’t let that bother you too much.

Here’s a handful more photos I have of the device.  Keep in mind that at the time I shot these (early January), features and functionality was fairly limited as it was/is still early in the beta cycle.  Down the road once I have a final production device I’ll include more photos and videos. 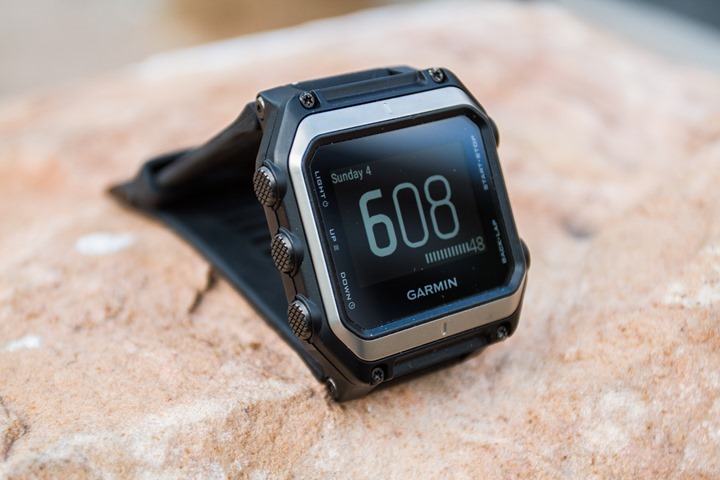 The strategy that Garmin has started to roll out with is to effectively establish a common base watch (the FR920XT) and then add higher end differentiating levels beyond that (the Fenix3 and Epix).  Each higher level encompasses all features of the lower level units.  This is somewhat different than the past where separate Garmin divisions would create different offerings that resulted in frustrated consumers having to pick between a fitness watch and an outdoor handheld unit.  Now, you can effectively get a single device that contains it all.

Of course, to get it all…you’ll certainly be paying for it.  With a starting price at $549US, the Epix certainly isn’t cheap.  But it is cheaper than having to buy a FR920XT at $449 and then another navigation device for yet another $300-$400.  So I suppose viewed in that lens it’s….a bargain?  Now with all these devices the piece I’m actually most excited about is the app component with Connect IQ.  Having seen some of the initial apps including a ski resort app (lift/slope/run information), a personal safety app, and a weather app – these 3rd party companies are definitely going in the right direction.  And that’s before we get into some of the cooler sensor gathering apps like Moxy and what I suspect we’ll see for other unique sensor types over the next few months.

As noted earlier, the Epix will be available in Q1 2015, though expect that to be as close to the bounds of Q1 as possible (i.e. March).  And of course, because my time with the Epix was far more limited than normal – I have no idea if it’ll have any hardware teething issues.  With a touch screen display, that’s always a concern – especially since this particular model hasn’t been recycled from any other Garmin product lines yet.

As always – feel free to drop any questions below and I’d be happy to track down the answers.  Thanks for reading!

Note: You can pre-order the Epix through Clever Training today, as well as various accessory bands.  The units will ship as soon as Garmin starts shipping, which is currently slated for Q1 2015.