Last week I kicked off a giveaway for a new Timex Marathon GPS unit, which is one of the new sub-$100 GPS units on the market these days.  I think this watch and others fulfill a good market segment that I only expect to dramatically expand over the next 6-8 months as the traditional GPS companies continue to fight the uphill battle against phones and free phone running/cycling apps, especially in the market where folks aren’t willing to drop $300+ for simple GPS tracking.

With that, this time I received over 1,200 entries!  Crazy stuff!

For the entries, I had asked what your training plans were for the weekend.  Here were some of my favorites:

“Just going to do my first swim, first run and first cycle after a 8 month training hiatus of pie-eating and beer swilling.” – Twiki

“I am planning on continuing to learn about being a new father. I might get on the bike trainer, but probably not with the in-laws in town. I am just “carbo-loading” until I can find time to train again.” –YNWA Steve

“Continuing my prep for my first NPC Bikini competition with a bike to the gym Saturday for a leg workout and then an 8 mile run on Sunday with a friend, followed by an upper body strength workout at the gym. Getting lean!” – TKing

“I am currently on the USS CARR.  My plans are some core work and a 3 mile treadmill run on Saturday followed by6 on the ‘mill Sunday.” –US Active Duty Member currently deployed (via e-mail)

But, would any of these be the winner?

I took the 1,199 web entries that made the midnight cutoff, and then added in the additional ones I received via Active Duty folks via e-mail.  All in, 1,210 entries.  I then fed it into Random.org, and received the results: 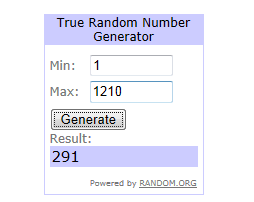 Which, at the time of the drawing, resulted in this entry:

Congrats JP!  And good luck with the continued Half-Marathon prep!

As I do from time to time (though, it’s been a while), this particular giveaway was sponsored by one of the site sponsors (BeMultisport.com), which is an online sports device retailer based just down the road from me. They paid for the unit, though I’m paying for the shipping (which, if JP is in Uzbekistan may actually end costing more than the unit itself…). As always, supporting site sponsors helps support the site. Circle of life thing. 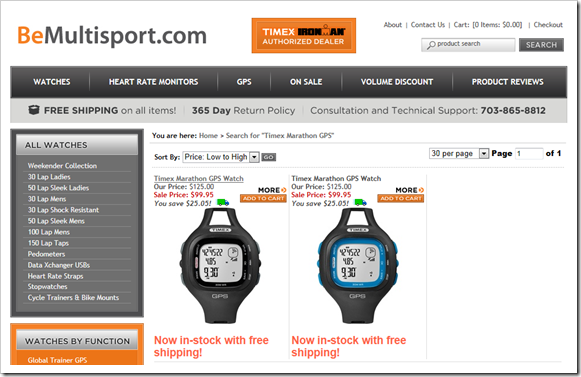 Thanks everyone for entering!

Have an awesome weekend everyone!  I’ll be out in the backwoods of Fountainhead again trail running, so if I stumble into you on Saturday, say hello.  If it looks like I’m hopelessly lost again…well…that might be par for the course.  On Sunday, I’ll be back up rocking it on Skyline, so wave if you’re up there.