A working weekend in Vegas

The vast majority of partiers going to Vegas fly in on either Thursday or Friday evening, and by time I boarded by connecting flight in LA over to Vegas late Friday night – it was a clear reminder of my destination city.  For some reason the crowd is a bit different than when I fly to Lincoln, Nebraska.

However, unlike them, I’m not actually here to party.  Instead, I’m here for work, starting with Saturday and Sunday being PowerPoint fueled meetings.

However by around 5:30PM the team was released and I had my opportunity to hit the road for a 13 miler (run).  If you’ve been to Vegas, you know that running on the strip itself is generally a slow and painful jaunt (except mid-week very early in the morning).  So instead I headed out the back of the Venetian Hotel and started working my way on side streets toward the airport.

Over the years I’ve found that the loop around the airport is one of the best places to run for a mid-to-longer run that starts directly from a hotel.  It takes about 2ish miles before I’ve arrived at the perimeter fence.  At which point, I’ve got 10 miles of plodding along the outer edge – trying hard to avoid ending up in the arrivals and departures area.  I nearly failed once. 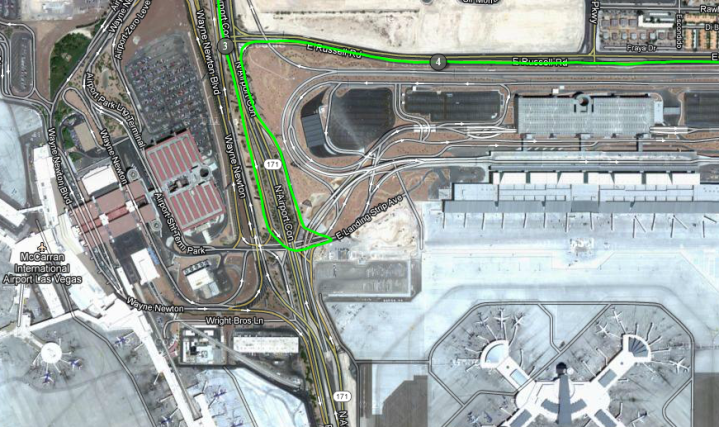 I got lucky in that Saturday was a fairly overcast day, so the temperatures were only about 60*F – perfect for running, especially with virtually no humidity.  About mid-way through the run, I got pelted by rain for a bit, but it wasn’t too bad.

Once I made the turn along the long-side of the airport, the wind and run did slow me down some though, from roughly 7-flat to 7:30ish.  But interestingly, as soon as I made the turn back onto the strip at the end of the runway, my pace was instantly back on target. 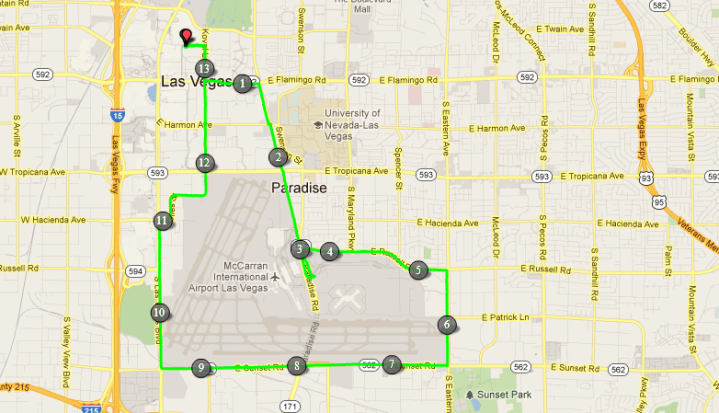 The remainder of the run was fairly non-descript, running behind the major casinos – not terribly scenic.

Sunday started much the same way as Saturday with more PowerPoint and team discussion.  However, by early afternoon we were headed out on a team mountain biking session.  Clearly, this is my kinda group! 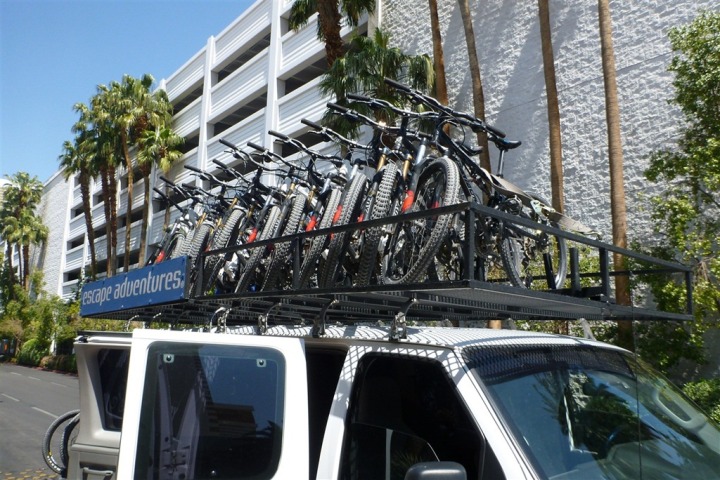 The ride would be out in the Red Rock Canyon area, a place I’ve gone many times for both road biking and running.  Being only about 25-30mins from the Strip, it’s one of the most accessible places in the area for a quick spurt of outdoors. 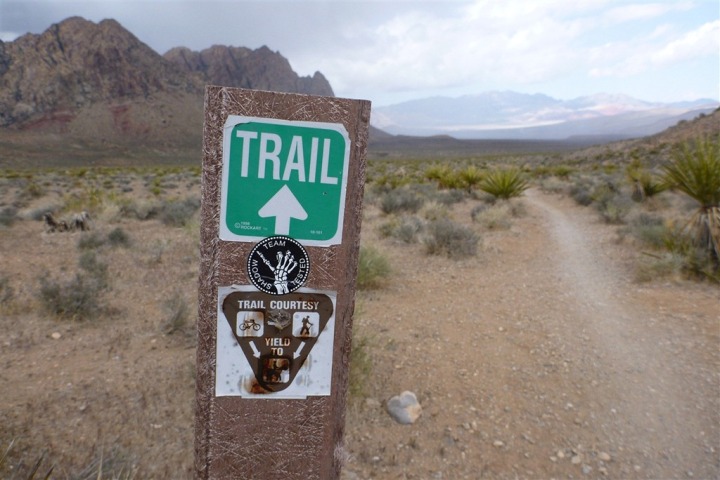 Like Saturday, the weather out here fluctuated between sunny and bits of windy rain.  You can see above some of the fuzziness in the closer mountains – rain that we’d shortly be riding through.

One item I was avoiding riding through were these painful looing cacti.  The guide noted that in general, the greener the plan is – the more painful the plant will be.  Green implies water, and those plants that have more of it guard it well. 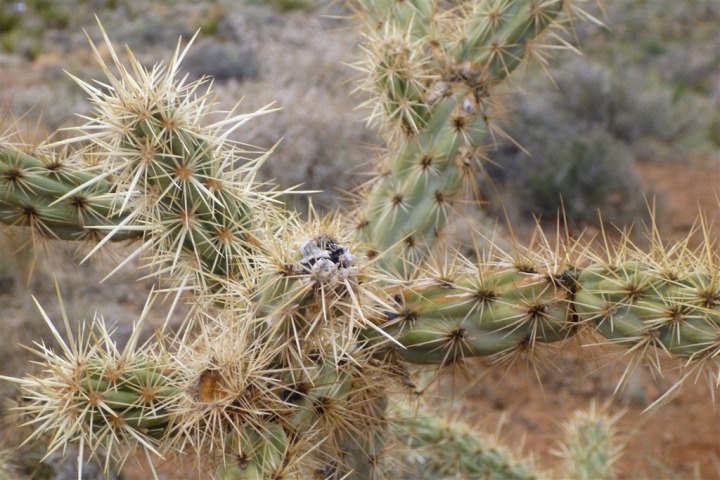 Thankfully, my self-portrait skills while cycling are fairly advanced, and I was even able to take picture of me with cacti while cycling: 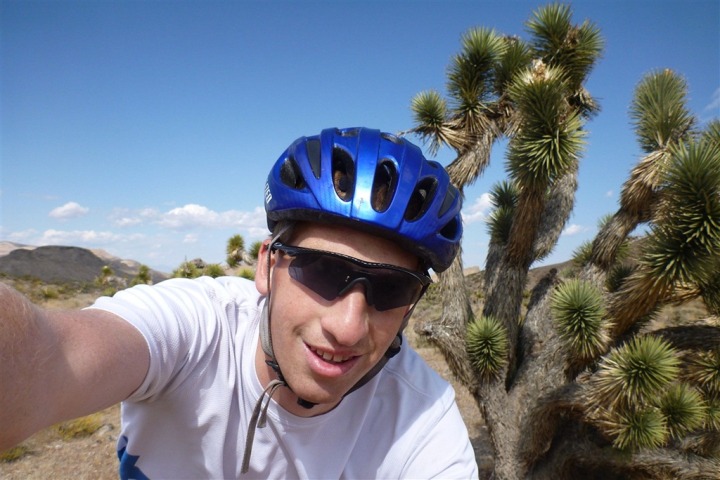 The route was a fair bit of fun.  I’m not a big downhill mountain biker (mostly because I lack sufficient quantities of craziness to jet down a rock-strewn slope).  But most of the routes we were on were more of the cross-country variety, with single-track that you could enjoy really screaming along on. 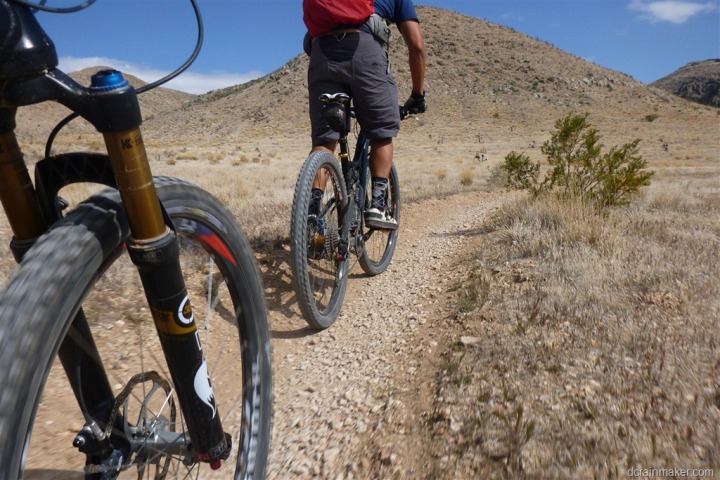 Along the way I even saw some wildlife.  Two quall, one rabbit, and…well…actually, that’s it.  Both of them were too fast for my camera skills. 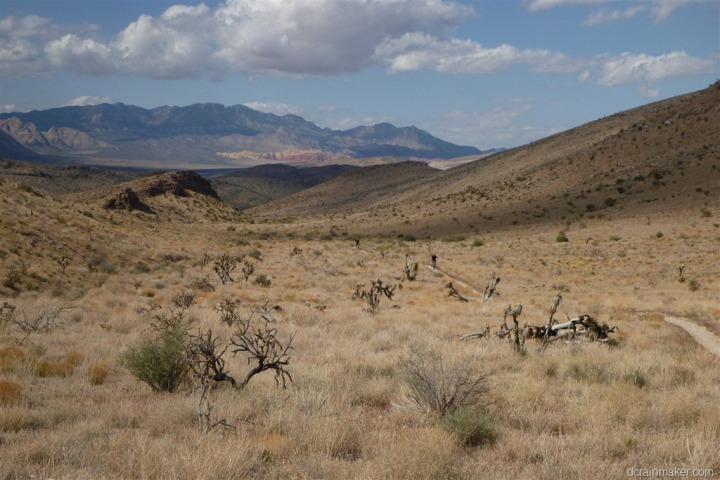 After about two hours of riding around the desert we met up at the van and headed back into the city. 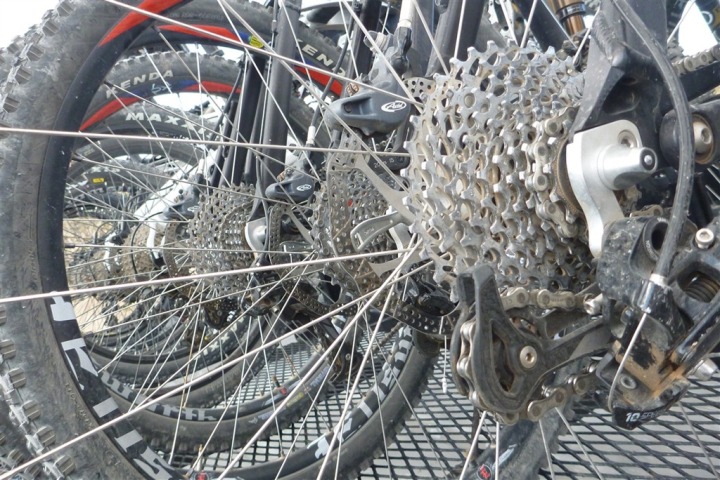 The remainder of the day would be dedicated to a run to Frye’s Electronics (one of the greatest stores on earth) to gather materials to attempt to fix/resuscitate/replace/kick overboard my hard drive.  One of the singular reasons why this post is being posted Monday, and not Sunday night – as my hard drive was spending the night coupling with its newfound replacement.

Finally, I leave you on a non-Vegas note.  Friday morning I got my first chance to ride with my newly-returned and firmware-upgraded Polar/Look Keo pedals.  It was an indoor trainer workout, with some longer higher intensity sets in it.  Recording at the time was a CompuTrainer (via TrainerRoad), the Quarq RED SRAM 2012 Cinqo (they let me hold onto the bike a couple weeks longer to test against the Polar/Look pedal pieces), and finally…the Polar/Look power pedals.  I was pretty astounded to see this at the end: 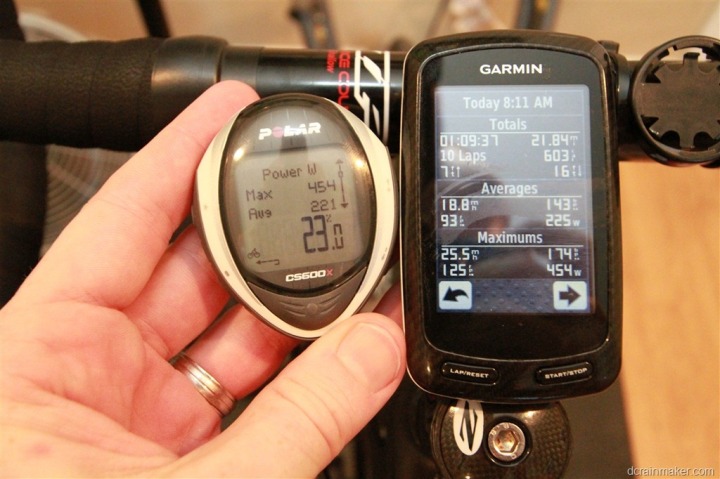 As you can see, the average power is 221w for the Polar, and 225w for the Cinqo.  Pretty darn close.  The CompuTrainer rounded out the group showing 214w.  Also note the two maxes are identical (454w)

Now that my hard drive is up and happy again – I’ll be sticking together an overlay of the three to show how they compare, especially the laps that I have set for the different intervals – since I’m really curious to see both how they overlay in instantaneous power (hard bursts), as well as averages on sets.

As for me, I’ll be hoping around the country this week – though I’ll keep coming back to Vegas multiple times this week – like a home base.  Kinda crazy.  Have a great week all!