Training and scheduling for a long season

This weekends fun on the trainer got me thinking a bit about advice around training for a triathlon season that extends well into the fall.  When one looks at a typical triathlon season it tends to follow the weather in their home geography, so for DC, that roughly looks like the following:

January-Early March: Base phase – no triathlon races, maybe a few running races – but just building up the mileage

Late March-May: Mileage and training is getting more ‘serious’, with a few test triathlon races (shorter) usually tossed in.

June until August: You usually have your “A” race in here somewhere, perhaps into the first week or two of September.  This is when your training and season peaks.

September/Early October: Sometimes a few lingering short triathlons, but most folks switch over to running races.

October-Early November: Running, with most people finishing up major running races by Thanksgiving (or weeks prior).

November/December: Off-season of some sort

Makes sense, right?  A pretty typical highly generalized schedule for most triathletes.  But what happens when you have a Ironman race that’s in late November?  For example, Ironman Cozumel?  What things do you need to consider?

Well, consider this thought of the day: There is exactly five months between Ironman Ironman Coeur d’aLene (IMCDA) in late June and Ironman Cozumel in late November.  That means that it’s no different to be standing five months out from IMCDA in January, as it is from IM Cozumel in June.

Yes, seriously, five months.  Now pretend that you’re an athlete training for IM CDA – on June 28th – you’re season might be done – or at least the serious portion of it.  You’ll probably take a few weeks of recovery, and then maybe a few later season races – but for most, your Ironman is the peak of your season.  Imagine having to then train for another 5 months though.  Five months of long rides, daily double workouts, long runs – the whole bit. 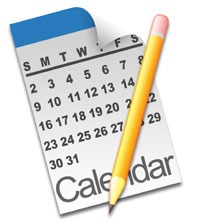 Now let’s just tweak that picture a tiny bit.  Say you’re training for IM Cozumel, and say you’re doing a Half-Ironman in June.  This means that in order to be fully prepared for that June 70.3, you’ve probably been following the above rough schedule and training in earnest since snowflakes back in January.  You may be going strong and thrilled with day to day progress – or you may be tiring a bit.  The real question is – can you continue training at intensity for 5 more months from June – or 6 more months from now in May?

And that’s the real point I’m attempting to make with this post – is more of a scheduling consideration.  At this point in the year, most folks are well underway in training for this years triathlon season.  But if you’re planning on doing an Ironman next year – this is actually the time you have to figure out next season’s schedule.  Yup, over a year in advance – simply due to sellout rates for Ironman races (North American Anyway).

So when you’re picking your races, and your schedule – ask yourself the following:

A) When do you want your season to start and end?  Not just day to day workouts – but actual serious training?

B) If you’re doing a very late season race (i.e. Cozumel, or to some degree Florida) – are you picking appropriate lead-up races to that timeline wise?

C) Have you structured your Winter/Spring training and schedule appropriately?  Meaning, if I’m targeting a late season triathlon – did you inadvertently schedule early season race that forces you to train all winter at a high intensity, and maintain that intensity until fall?  Are you sure you want that?

D) If your friends and training groups are targeting a summer swing of races – does that mean you’ll feel forced to train with them on longer efforts in the spring?  Or conversely, will you be able to find those same friends to keep you company for those 100+ mile rides in late October or early November on a cold and windy day?

The reason I say this isn’t to scare you away from those races – but rather to help you structure your season around those races.  Coming from someone that has done a few long seasons (including one with two full Ironman races, ending in Florida in early November) – I can say there’s a definite and huge difference between a schedule that includes a late season Ironman, and one that ‘just’ has a late season marathon or other running race.  For example, you won’t find yourself doing a 6-8 hour run in October, like you would a weekly long bike for an Ironman.  Thus, when you structure your training plan, ensure that your weather, body and mental aspects can cooperate that late in the year.

Looking at my schedule for this year, I have a bit of a break built in.  My ‘A’ triathlon is Boise 70.3 in mid-June.  After which, I’ll be taking it easy for July as that’s my wedding and honeymoon for the first piece.  Then I’ll come back refreshed and ready to roll for the rest of the season, mostly running focused.  I’ll probably do a sprint tri or so in August or maybe September – but basically just for fun.

For me personally, I love switching over to running in the fall, and I love having the Philly Marathon the week before Thanksgiving, so I can enjoy Thanksgiving and the Turkey Trots.  But everyone’s different.  Folks who come from a cycling background may instead relish the 6+ hour long rides instead of the 2+hour long runs.  To each their own!  Enjoy and good luck!