You know what’s nice about not doing an Ironman race this year?  Not having to bike 112+ miles during training.  Yup, with my longest race this year being a Half-Iron with ‘only’ 56 miles as the bike leg, my training is considerably shorter than in an IM year.  And by ‘shorter’, I mean 80 miles.  Which, was exactly how long I was out for on Saturday.

Despite our best attempts at getting up early, my desire to leave the bed as the alarm clock hit 6:45AM was incredibly low.  So low that somehow, after about 28 snooze button presses later it was 10:45AM.  No worries, I’d get to enjoy the fullness of the warm weather for all it was worth!

By time we packed, ate breakfast, drove and arrived, unpacked and were ready to ride, it was closer to 12:30PM.  In my mind, that would have been a perfect time to just sit outside and enjoy lunch.  But 80 miles of riding had to be done. 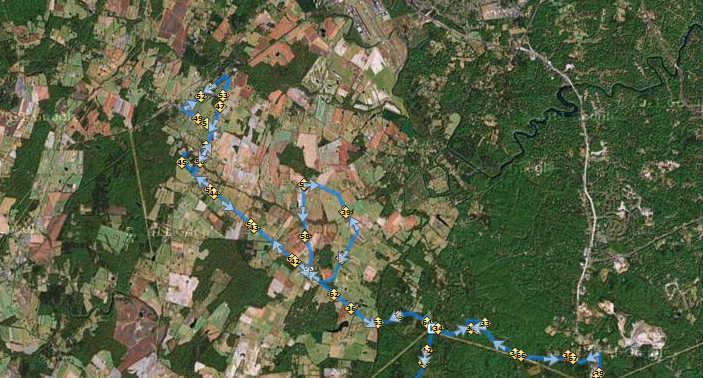 On the ground…well…it didn’t differ much – just lots of endless farms.  But I like farms.  I haven’t had enough farm riding in my life yet, so it’s still largely new to me.  You’ve got farmhouses: 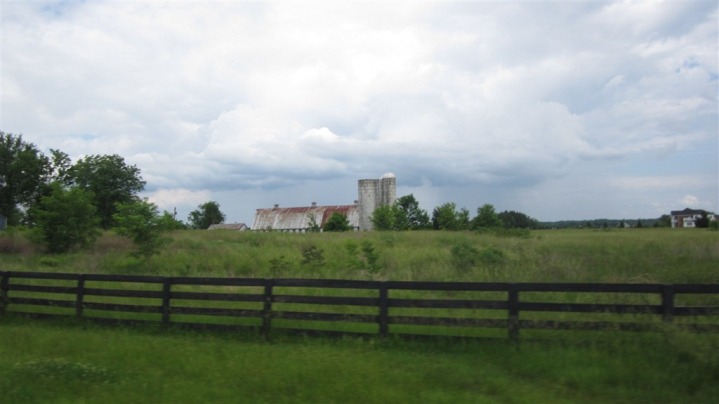 And cows, horses, and even some goats.  Though strangely they all escaped my camera.

But there’s lots of nice empty quite roads, just like this: 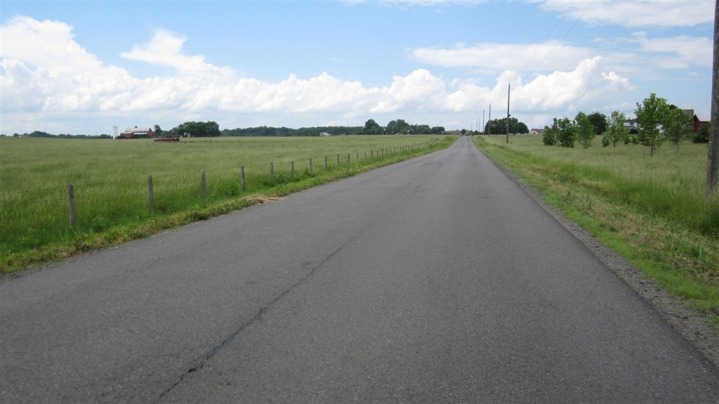 Plus, I feel like the road kill and associated predators are better than in the city.  I passed one bit of kill that had about a dozen vultures hanging out at it.  Surprised the heck out of me!

Of course, the only challenge to farm country riding is ensuring you have adequate places to grab water or hydration.  After all, with the weather edging in on 90*F, you go through quite a bit more than you can reasonably carry for 80+ miles.

So, I was elated when I came across this little market: 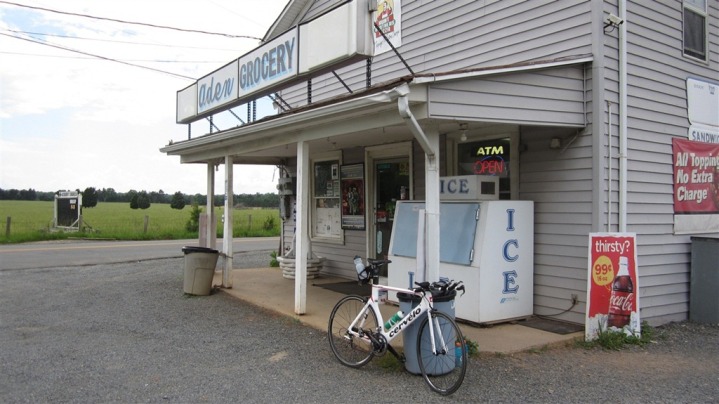 Inside, it had one entire fridge that seemed dedicated to me: 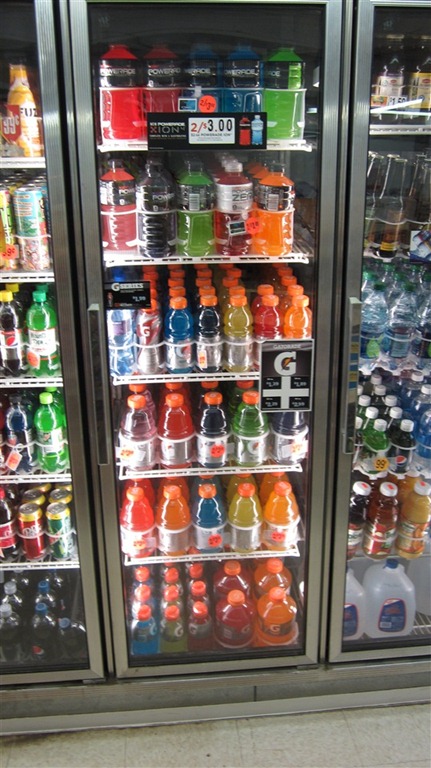 Maybe it’s just me, but when I’m outside sweltering, the taste of oh so sweet COLD sports drinks is awesome, compared to the usual water/gel that I use.  So I might have picked up a bit of extra nutrition that wasn’t on the plan.  But so good!

On the flip side, the little market also offered minnows.  Which I found entertaining. 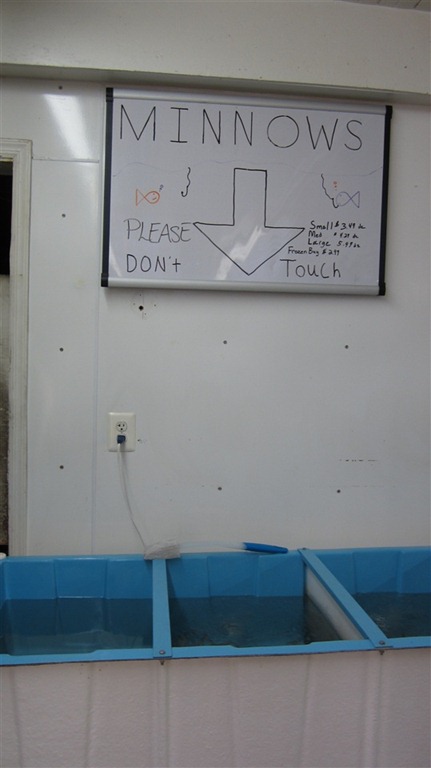 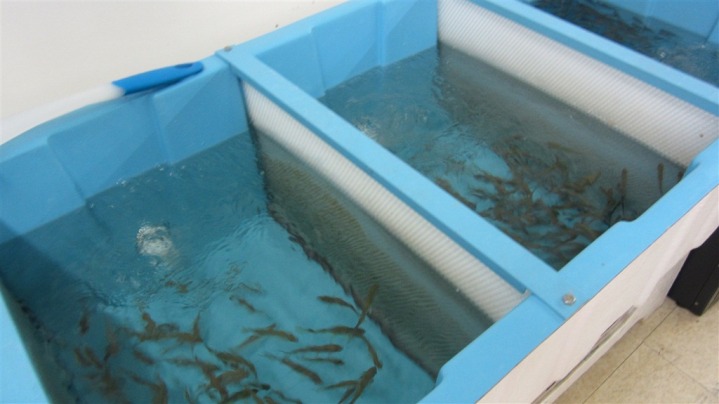 I wonder if I had filled a water bottle with some of them what The Girl would have thought when I got back?  Like a portable aquarium!  I don’t see how that’s any different than when you see ladies decked out in bright pink sweat suits with their small dog on the front of the bike in a basket carrier.  Same-same, but different.

Off I went, into the farm fields again.  This time I stumbled upon a little wooden one-lane bridge. 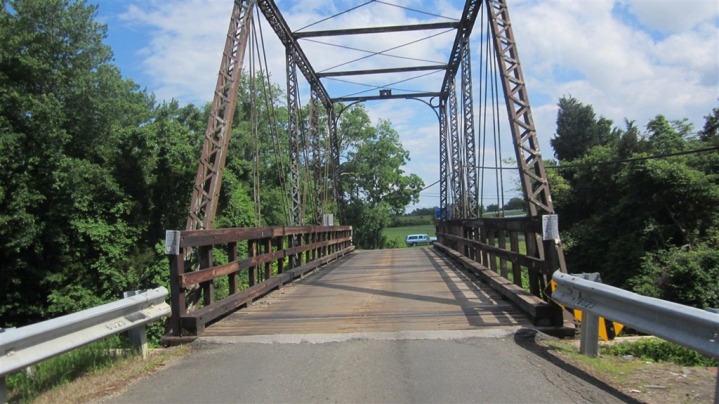 I also took a few pictures of the bike and the roads.  The problem was I had hit a muddy patch earlier, so there was a bit of mud on my frame.  Like mud on your face…big disgrace. 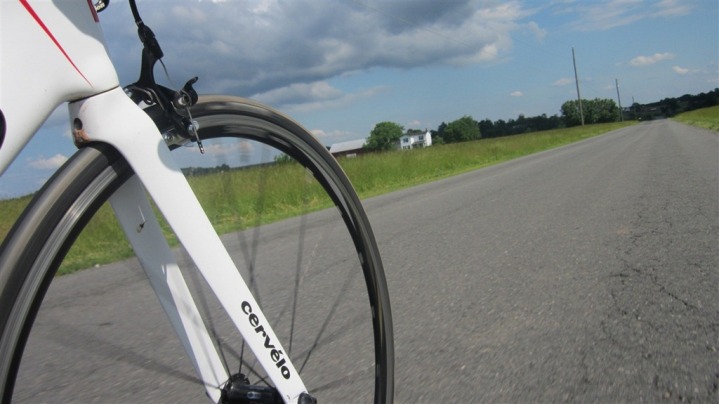 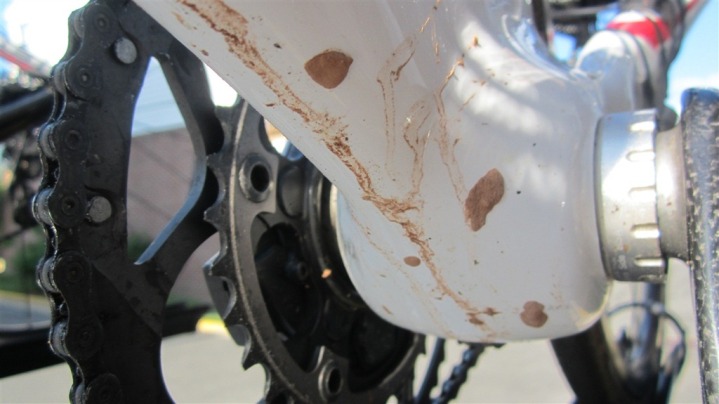 On my second pass back by the market I picked up ice cold water this time.  I’ve always found it far cheaper to simply grab the gallon jug for $1.50, than individual water bottles. 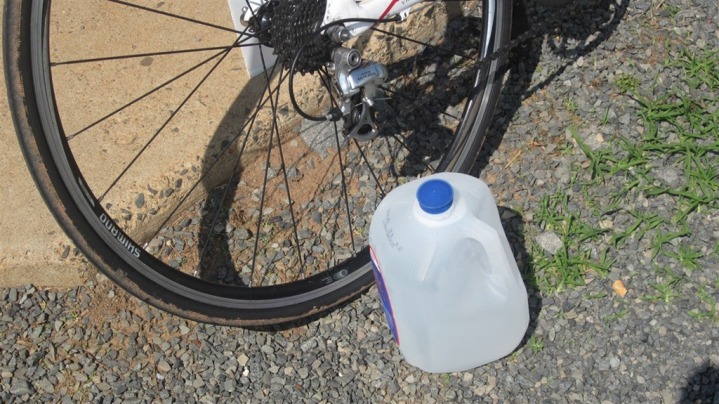 A short bit later I wrapped things up.  All in all a great ride, I ended up at nearly 4hrs on the dot – so 20MPH average for a training ride.  Very happy with that!  Plus, my power was very solid as well, averaging 216w and 236w normalized.  I had a bit more fade at the end than I wanted from a power perspective, but from a ‘how do I feel’ perspective, it was the strongest yet this year.  So I’m hoping that bodes well for Boise 70.3 in two weeks.

So with that, it’s onto the rest of the long weekend including the outdoor pool opening up, and BBQ on Monday.  But more on that later!