This weekend was a mix of hard training on one day, and relaxation on the other (though yes, still with a swim workout scheduled even on the relaxing days).

Saturday morning we had planned to head down south towards Prince William Forest National Park and knock out 3 hours of cycling.  However, upon waking up the weather was looking highly sketchy with rain and wind already out in force, and pending thunderstorms on the way.  The schedule listed an alternate Indoor Trainer workout we could do instead, saving us the driving time both ways, and any potential mishaps on the bike.  Plus, we had already had plenty of rain/wind fun last weekend on the bike during the race.

So…despite having completely packed the car the night before (a rarity in these parts), we unpacked most of it and setup shop downstairs for three hours of indoor fun. 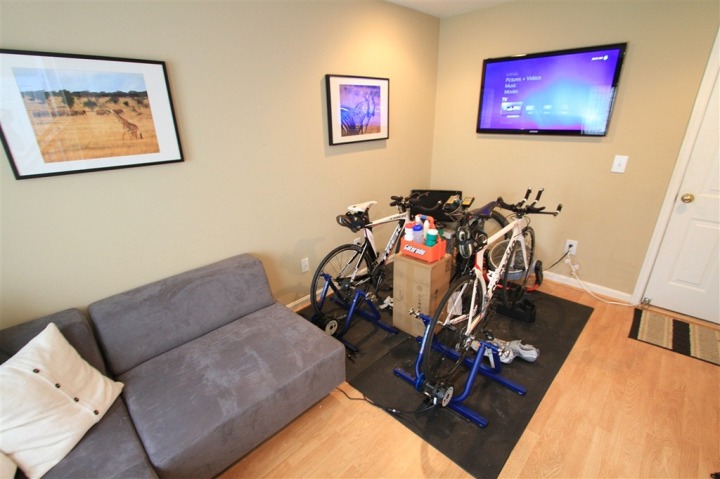 Of course, in order to be able to support three hours of trainer action without so much as a single zero-RPM moment, you need to have plenty of water bottles and gel nearby: 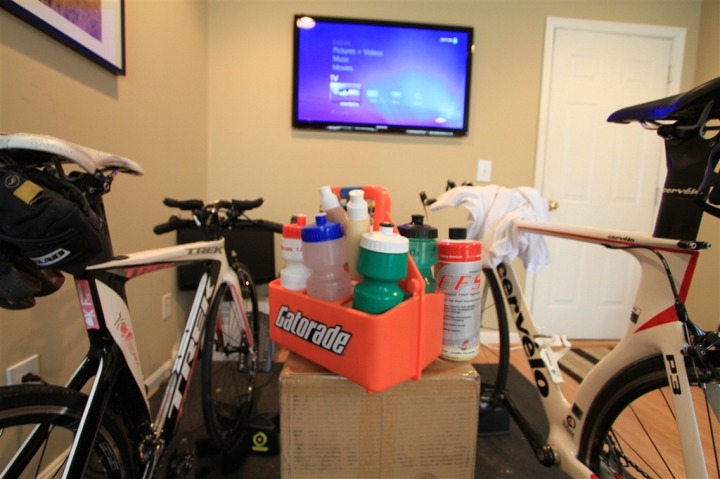 Now, one of the positive elements to doing a trainer ride over an outdoor ride is simply the quality of the workout.  Trainer rides are almost always more consistent and controlled than outdoors, because you’re removing elements like stop signs, cars, and renegade squirrels.  As a result, you tend to get some really good data to work with for measuring progression:

Additionally, you tend to get fairly sore by the end.  That’s because without any hills to coast on, your legs never get a break.  Not for one second over the course of the time on the trainer did I coast.  And because Mr. CompuTrainer is controlling the wattage, after the warm-up the load was never less than 229w (except one brief two minute easy section in between two 280w 15m intervals).  Lots of fun!  Like, buckets of sweat fun (approximately 3 empty water bottles worth)! 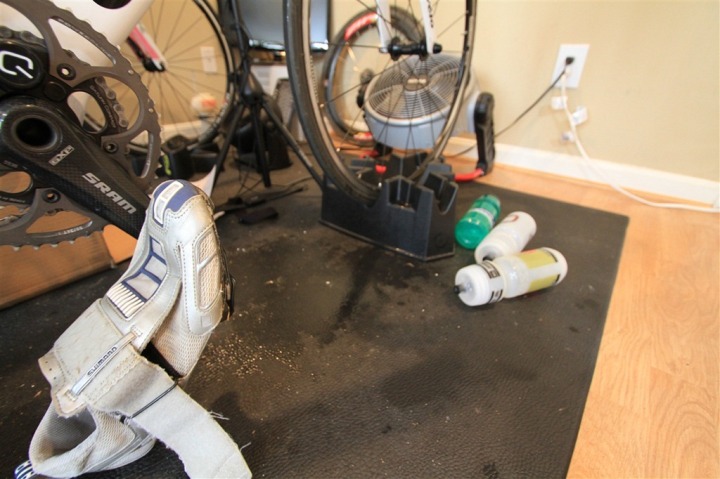 After the bike we immediately headed outdoors (where it was of course now sunny) for a 30 minute brick run.  The brick run builds slowly in intensity over the length of it, thus making the end result pretty much just like this: 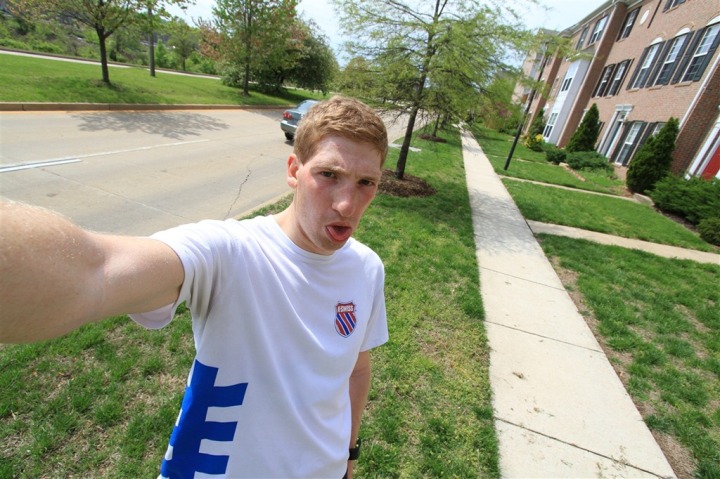 Or in the case of The Girl, like this: 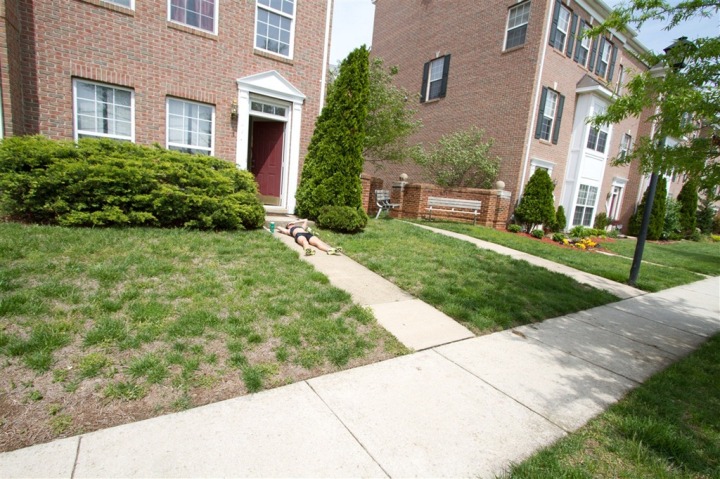 As an interesting side note, I’m finding that for pretty much all my runs now I’m using the FR610.  Which actually kinda surprised me.  I think the main reason I’m using it exclusively now is that it simply looks like a normal watch, and from a runners standpoint it has everything the FR310XT has…so why not? 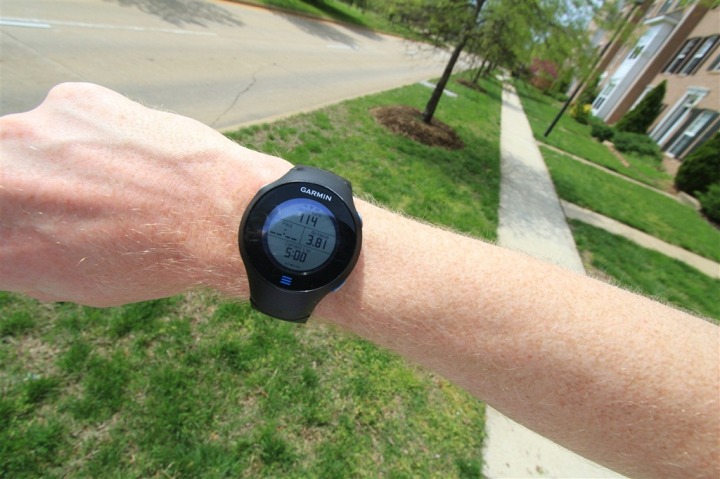 Later on that evening after hours of garage cleaning, both The Girl and I were pretty much shot…so we indulged in our seemingly once-yearly Dominos Pizza ordering.  I know I wrote about this last year (yes, I too just noticed that the title of that post was ‘Someone left a floater’) – but since this is only the second time I’ve done this – I still think it’s just so darn cool that you can order it online and even track it the second it goes into…and out of…the oven:

And about 23 minutes later, it was in the house and on the way to my belly.  Oh beautiful pizza…how I love you so! 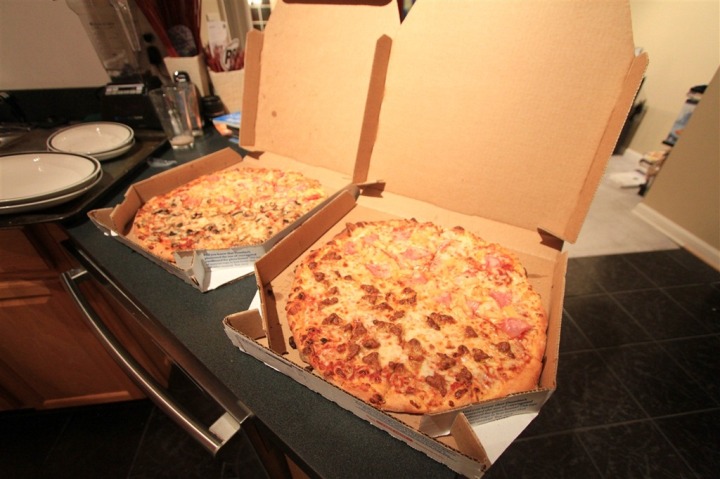 Last week after a swim workout I swung by the store and picked up a bunch of plastic eggs and candy to surprise The Girl with an Easter Egg hunt.  Both her family and my family grew up hiding either plastic eggs or straight up candy around the house and then running around finding it, so I figured a small surprise recreation was be in order.  Thus, late Saturday night I snuck down and hid my stash of plastic candy filled eggs…and a few chocolate bunnies: 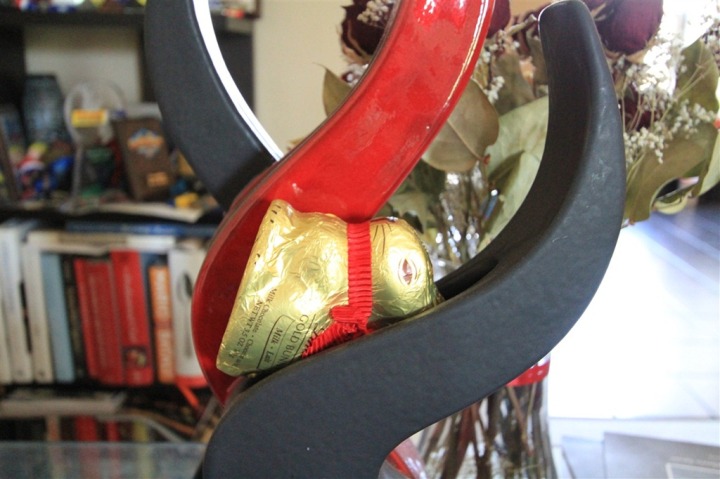 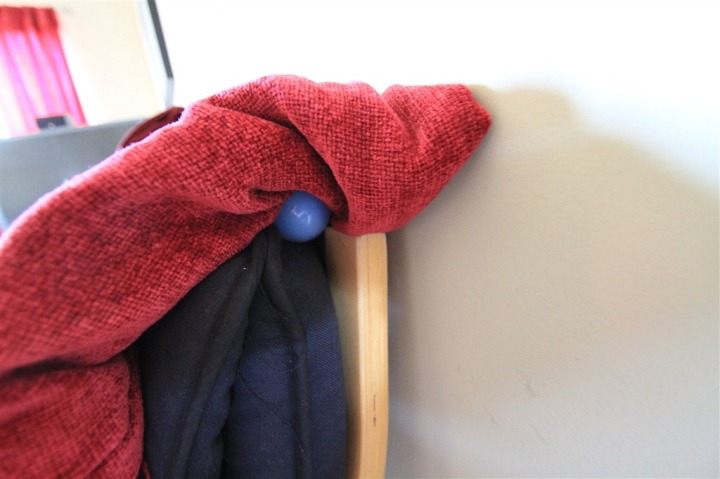 Come Sunday morning she was pretty ecstatic at the surprise of finding eggs…even the ones I hid in her (award winning) triathlon cake creation: 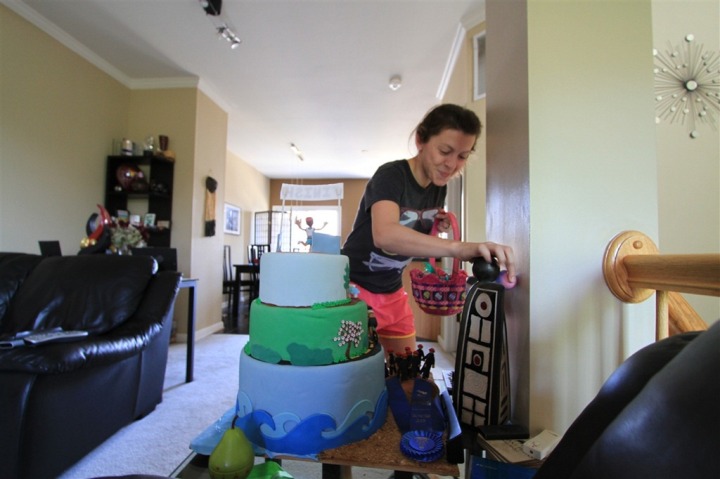 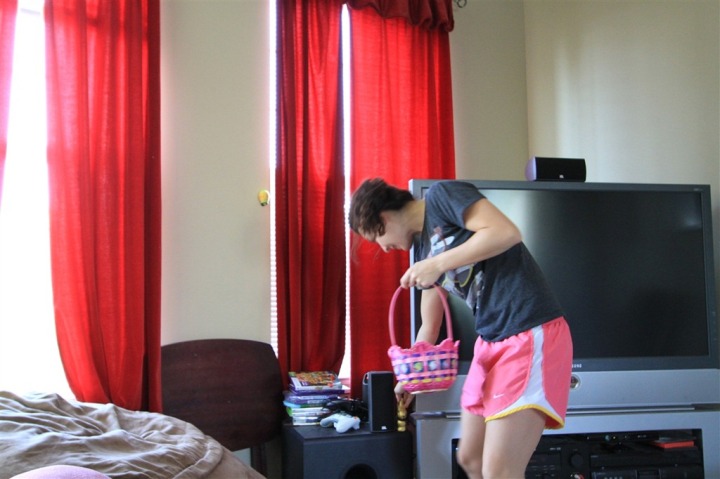 Though, just don’t ask her to share any of the candy…nope…she’d be havin’ none of that! 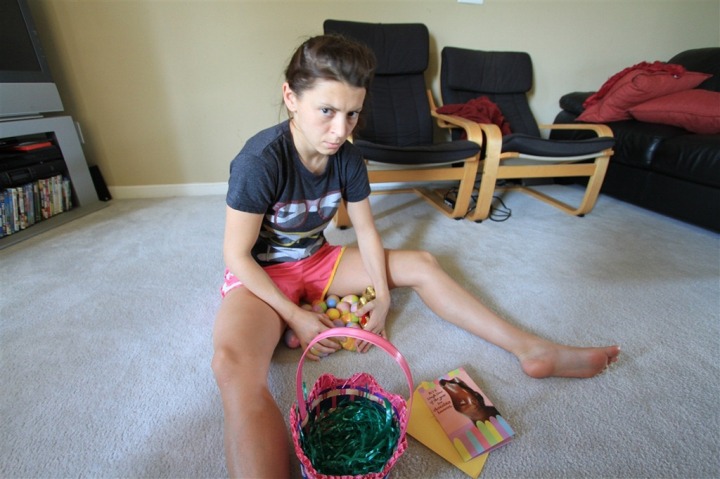 But she did like the singing bunny card I got: 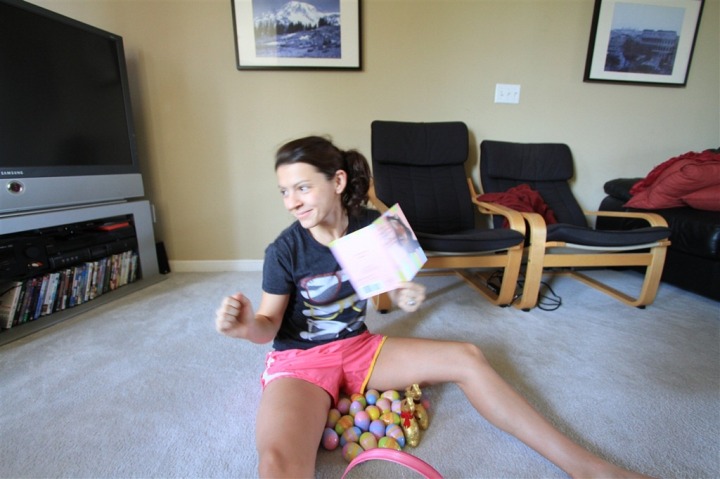 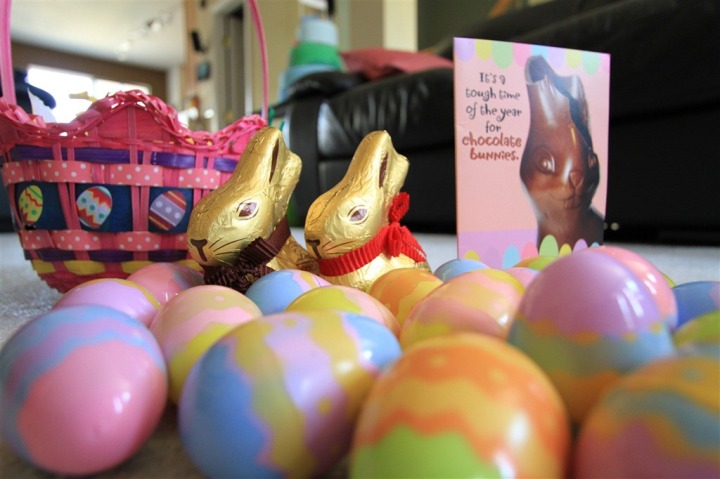 The rest of the day was spent relaxing and making a very traditional Easter creation…fresh breakfast burritos.  What?  You don’t make them every Easter? 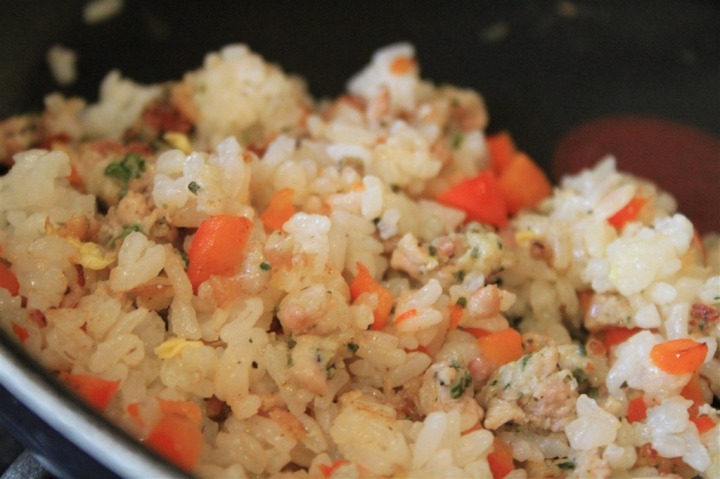 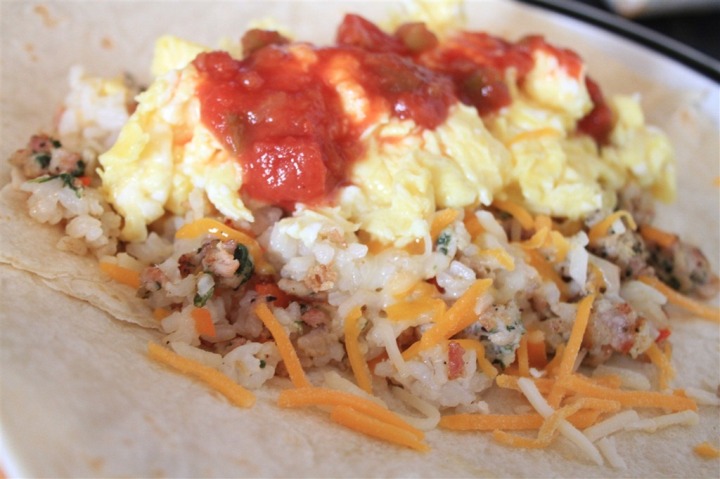 Fear not, it’s not actually a tradition…it’s just what sounded good at the time!  Well, pizza still sounded good too, but we sorta ate it all.  So creating some breakfast burritos was all we had left in the cards.

Hope everyone had a great weekend!  Thanks for reading!