As I’ve come to realize over the past few months, that when going to Newfoundland (home of The Girl), the journey is half the battle.  I’ve yet to experience a trip there free of flights being dorked up, and this was no exception.  Thankfully, I had planned for the worst and had a few backup plans and flights, which were enacted to get me there not too much later than planned.

Once I arrived, the second part of the battle would become not eating everything in sight.  That’s because everything was just so good!

First off, we started with Newfoundland Surf and Turf aka Lobsters and Moose.  You may remember my first foray into moose this past summer.  And of course, everyone loves lobster.  In addition to the awesome moose steaks and whole lobsters, The Girl made a fresh risotto from wild mushrooms that The Girl’s Dad had picked a few months prior.  All around awesomeness here! 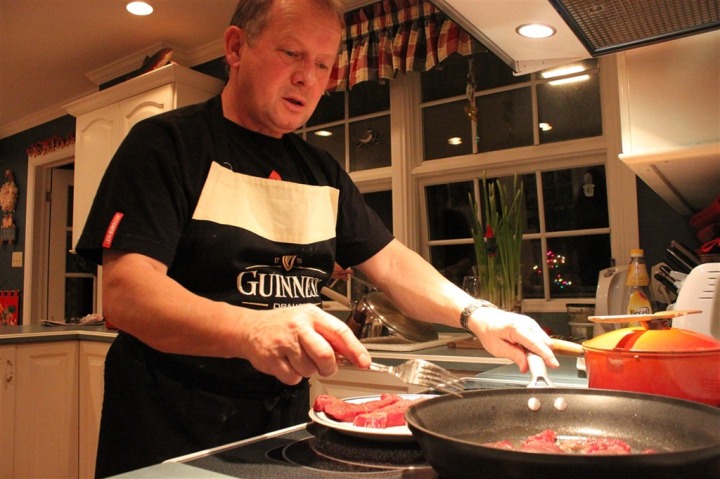 (The Girl’s Dad, working on The Moose) 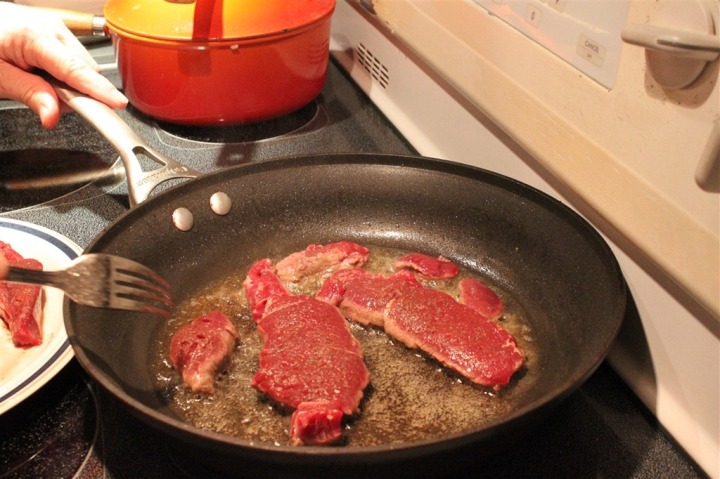 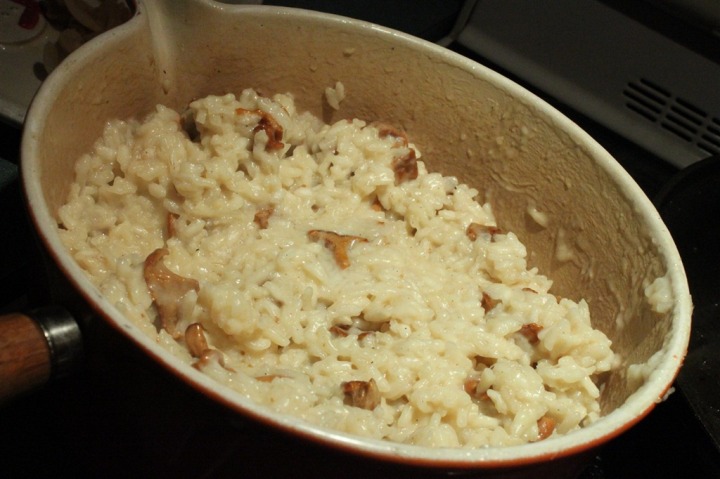 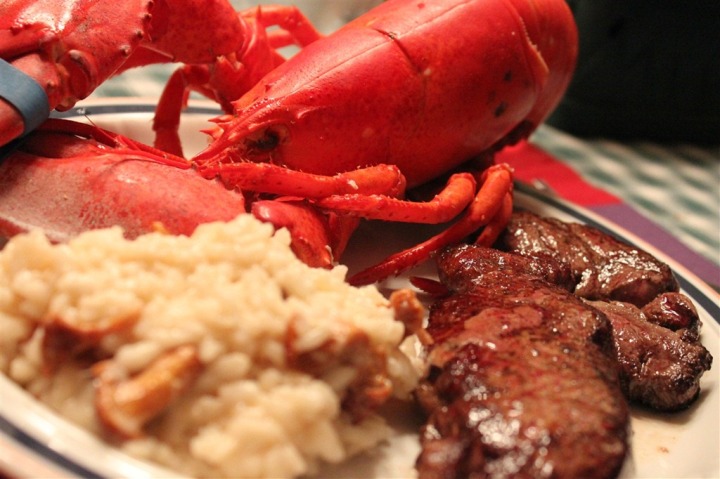 Of course, the moose didn’t stop there.  Moving onto Christmas Eve there was moose pie (awesome!) and moose sausages.  Here’s the pie (savory, not sweet): 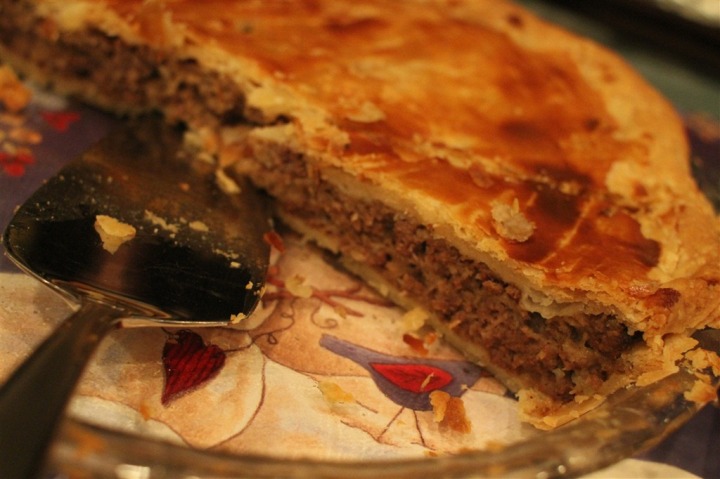 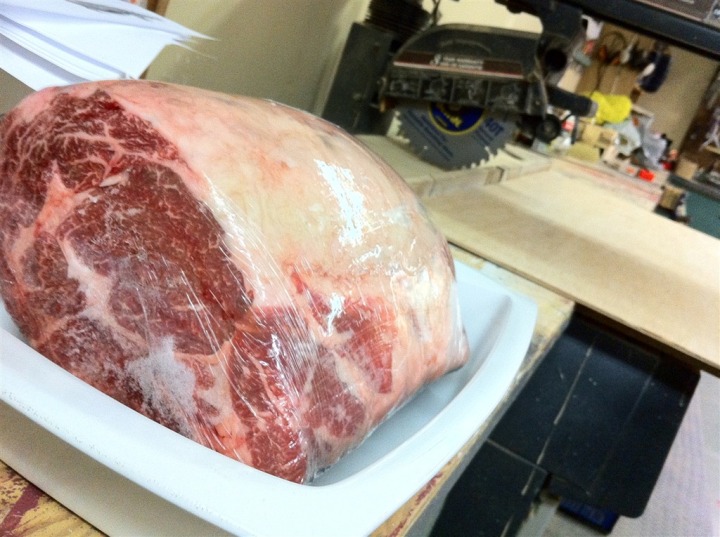 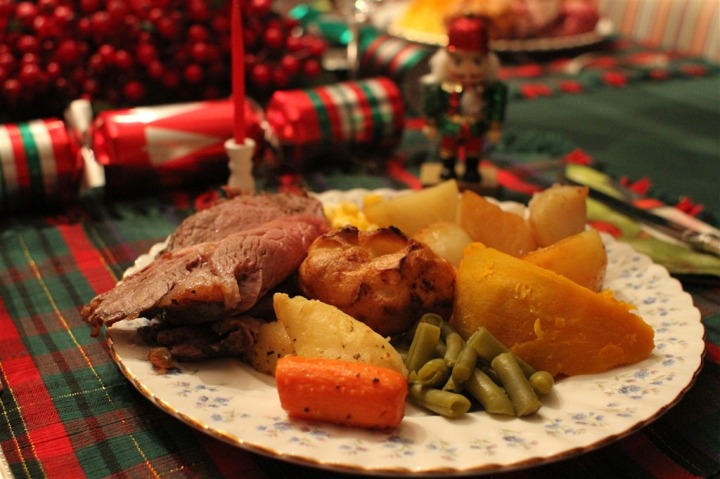 Now you may notice that little Nutcracker hanging out back there behind my plate.  The key item in this picture is that you only notice just one.

That’s because, in reality – there are far more than just one guarding the house.  Hundreds in fact.  No really, more than 300 of them are around at every corner.  For example, on the tree: 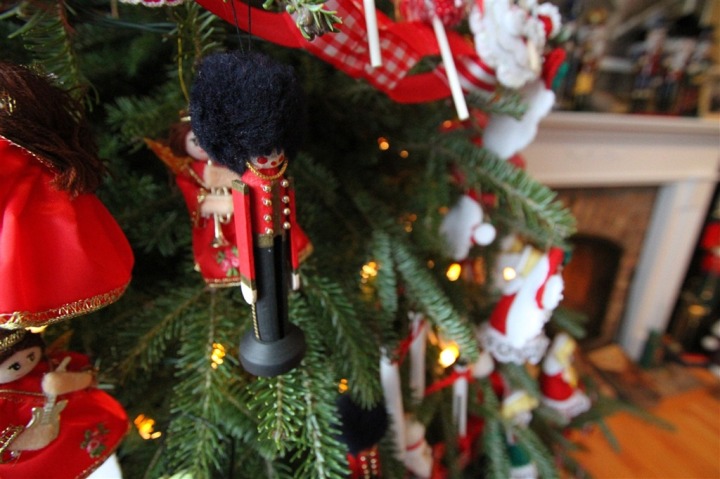 Or a small side table: 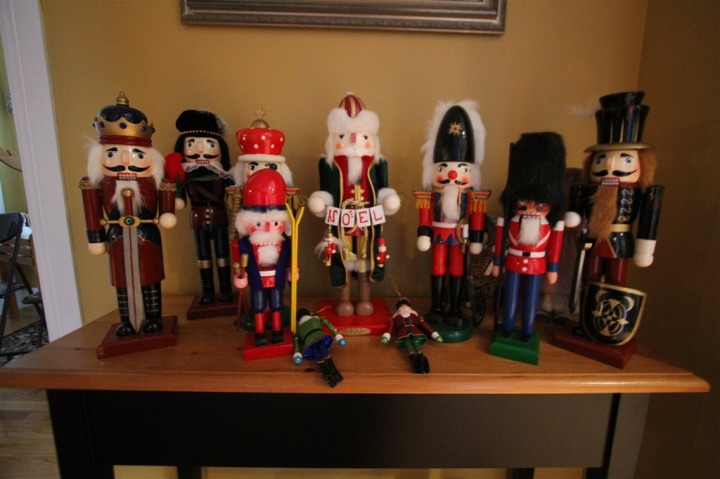 Or shelf at eye level: 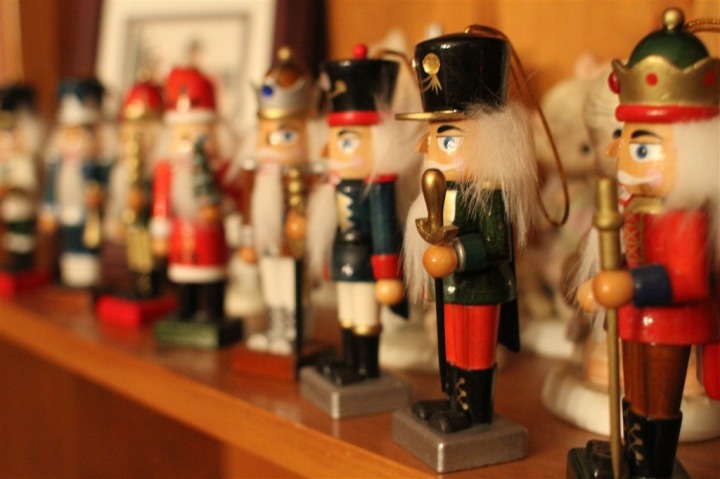 It’s really rather impressive, considering they’re almost all different – not really any duplicates that I saw.

And, for better or worse, they always seem to be guarding the food.  For example, I went to get a cupcake, and found these guys there: 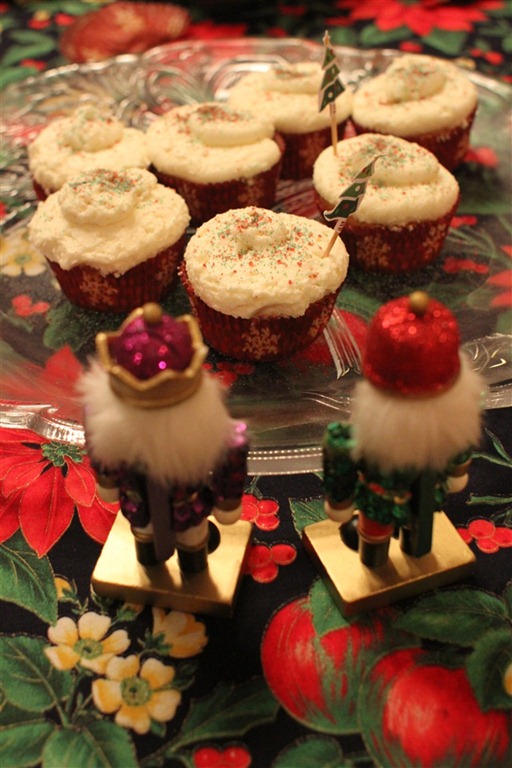 Or, this guy – who even wields a knife should you try and touch the butter.  He’ll take a chunk outta ya. 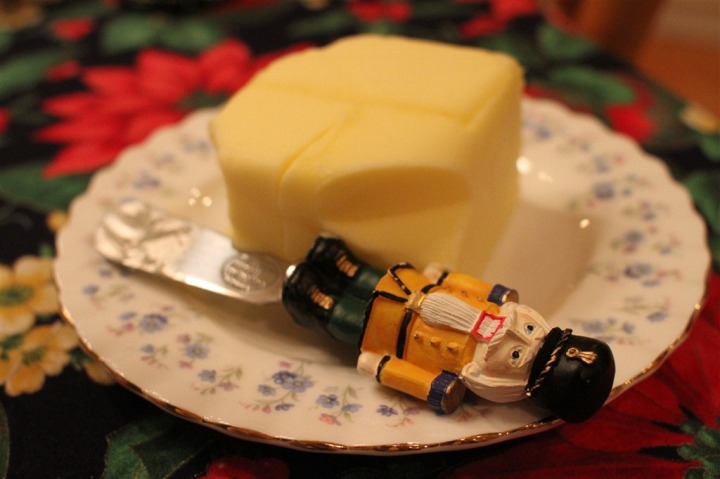 And these guys here – they’re keepers of the vino.

Ya know…I’m starting to see a trend.  In fact, I never saw any guarding any healthy foods like green beans or potatoes.  Hmm… 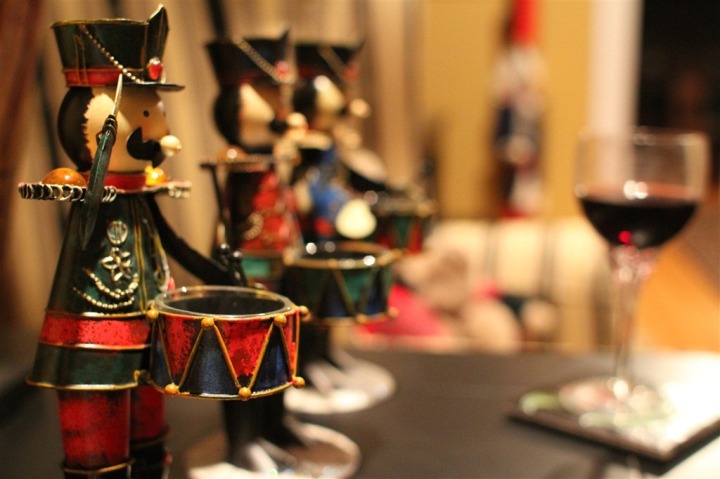 As for the outside, we actually spent very little time outdoors.  This was due to the nonstop rain, fog and 30-50MPH winds that pretty much kept it look like this – or far worse – the entire time: 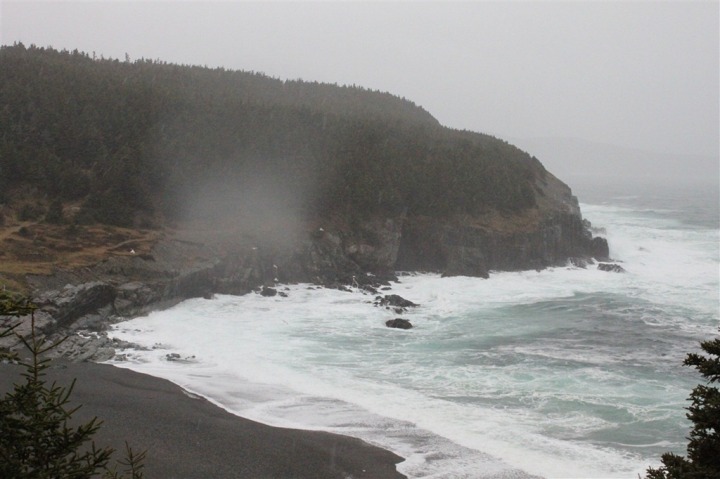 Thus, there was a lot of these eaten: 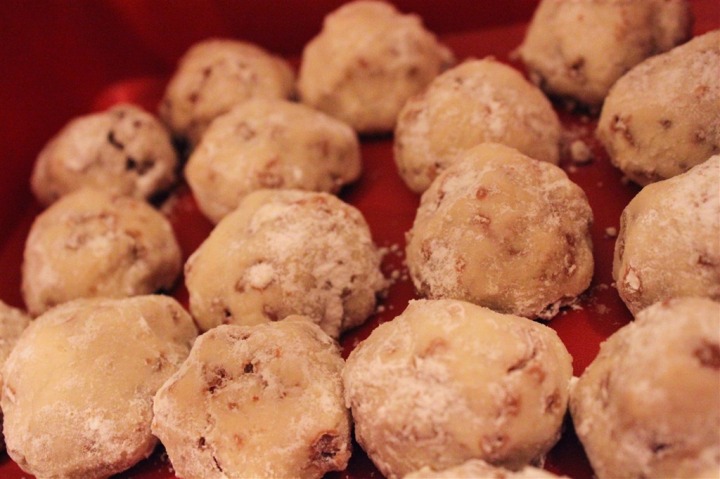 And a lot of gambling occurred: 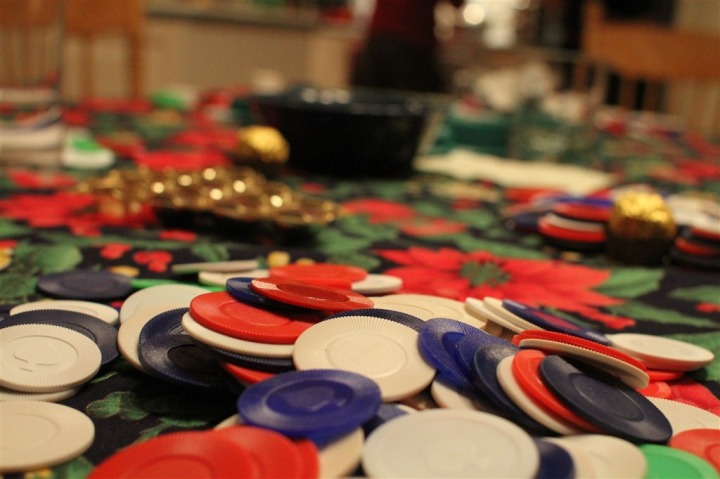 That all made for a great four day trip up north.  It was nice to relax a bit and just eat…well…and gamble…and eat again.

Oh, and there were Christmas presents of course, under the perfectly decorated tree: 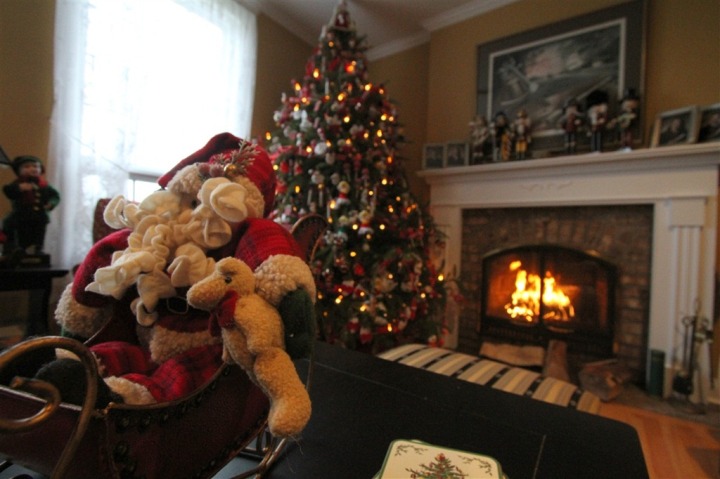 But just a few hours after the last of the Christmas food was cleaned off the plates, both The Girl and I were boarding a plane again…this time, on our long awaited vacation.