A brief teaser of the Joule with CycleOps, plus their power meter seminar session

I had a bit of time to spend with the guys from CylceOps and the Joule.  This would be the first time I’ve had a chance to get hands on with it, and I must say – I’m pretty impressed.  While they’re sending me out a full Joule + PowerTap (likely in their new wheel set) here in about two weeks, I wanted to get some thoughts out there now.  Plus, I also wanted a handy place to put their Power Meter Seminar video that they gave earlier that morning.

But first…the Joule and the PowerTap Hub.

The Joule is the head unit that’s ANT+ compatible and capable of connecting to any ANT+ compatible power meter (as well as accessories like heart rate monitors).  Though, it’s intended to be connected to CycleOp’s own ANT+ power meter – the PowerTap hub.  This power meter sits in your rear wheel, in place of the hub. 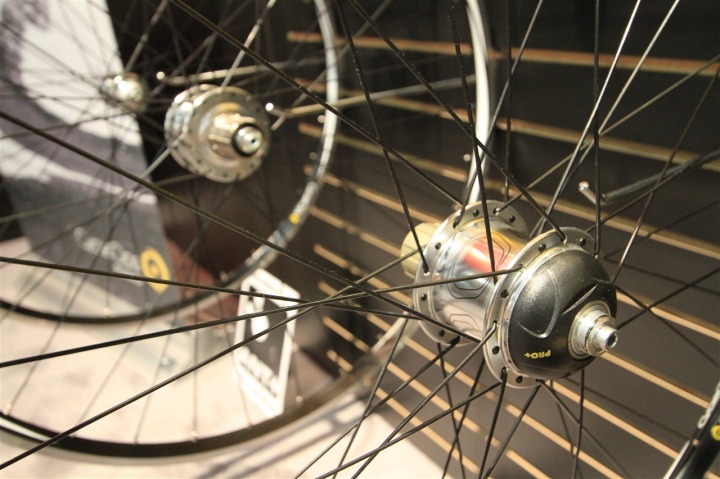 Looking at all the direct force power meters out there today – the PowerTap has the lowest price point at just under a $1,000.  There are a number of different hub models available though, depending on a variety of small features typically more important to the highly competitive athlete (weight, materials, use): 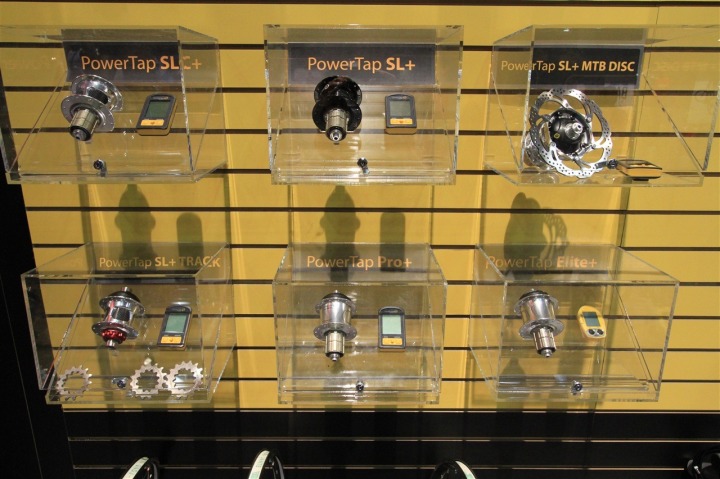 Once you gets hands on with the Joule, the first thing you’ll notice is just how small the unit is.  Unfortunately, many of their marketing materials make it appear much larger than it really is.  While in person, it easily fits in the palm of your hand. 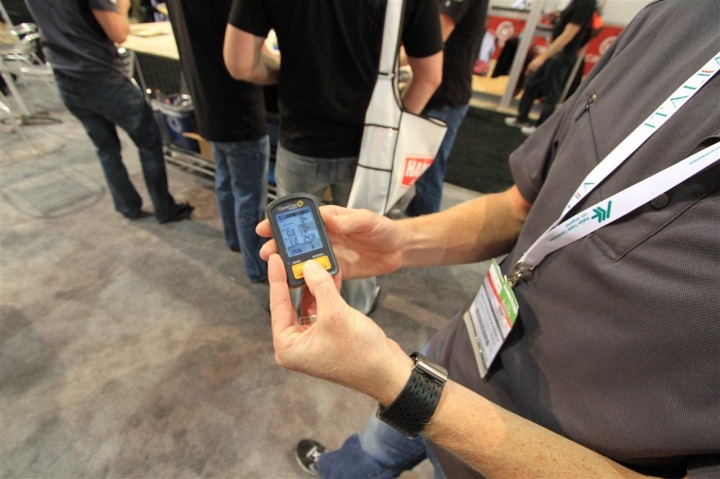 The display is designed such that you can customize any of the data fields, making them smaller or larger by creasing or decreasing the number of fields displayed. 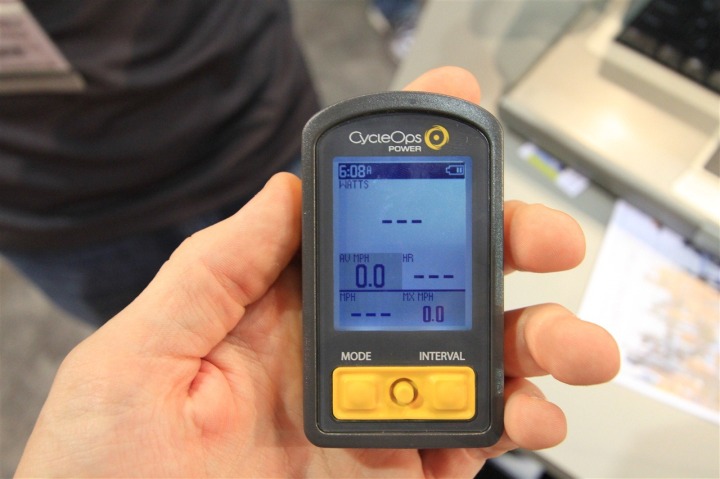 While you can customize the upper portion all day long, the lower triplet sets aren’t fully customizable – though they’ve provided some of the more common sets that make sense.

The key thing to remember on the Joule is it’s all about power.  Power, power, power.  So while it makes a fine cycling computer – it’s designed from the ground up to give you the most power-related information it can.  Aside from including many of the advanced power meter features like TSS and Intensity Factor – it also includes a number of just simply cool features – like a ‘best surges’ section: 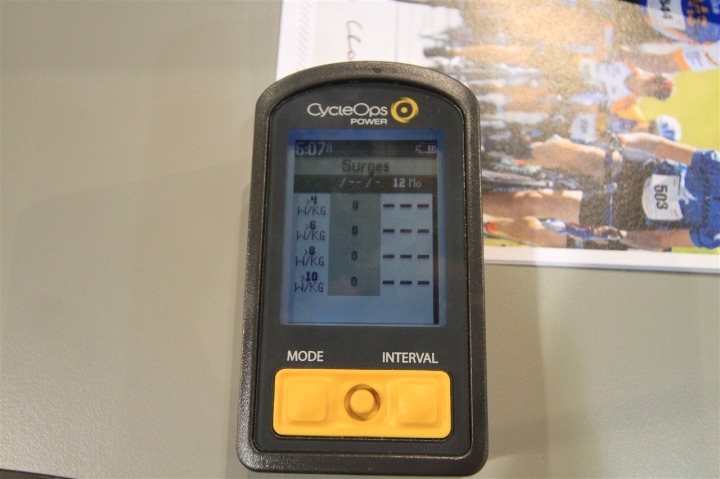 You can scroll through and see your ‘best surges’ over different time periods – in the above photo, it’s showing the 12 month bests.  But you can adjust that to much smaller ranges – i.e. 2 week, 4 week, 2 month, etc…

Like most cycling computers, it uses the concept of laps – though here they’re called ‘Intervals’.  So in this case, you can see the different interval sets: 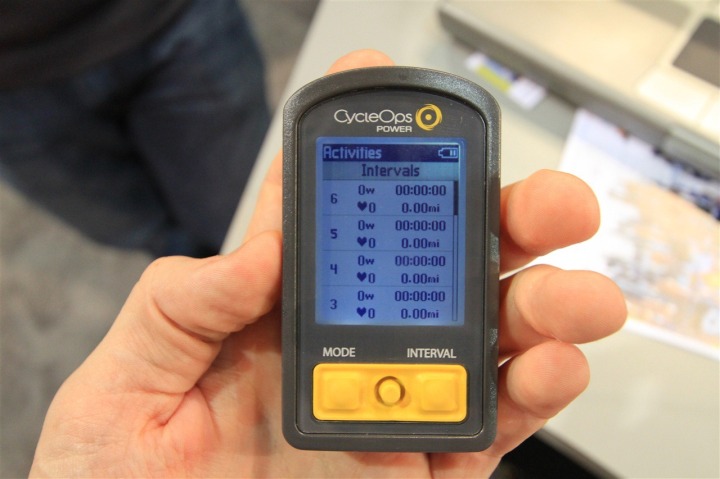 Because the unit is ANT+ compatible you’re able to easily configure any ANT+ sensor type that you may have. 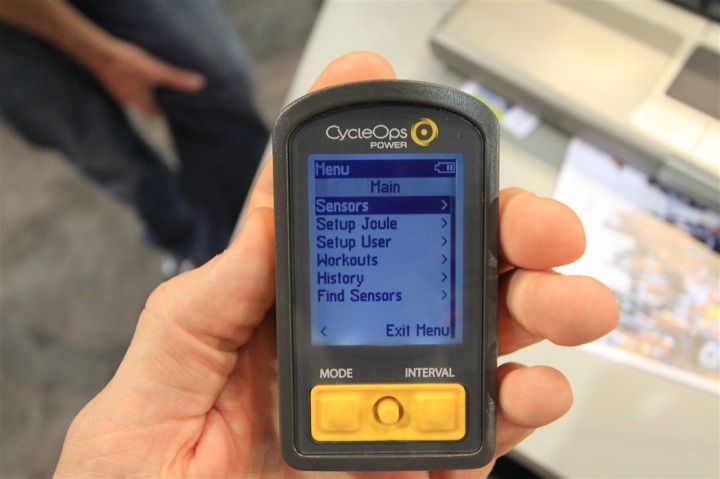 Before we talk about futures, I want to show the back of the unit.  You’ll notice it’s sealed with the exception of the USB port.  The USB is actually weather sealed internally – so you could pour water over it without any issue.  Further, inside that little compartment sits a MicroSD Card, allowing you all the room in the world to record data.  And because it’s internally located unlike the Garmin Edge 705 or the new 800, you don’t have to worry about water breaking the unit.  A nice touch. 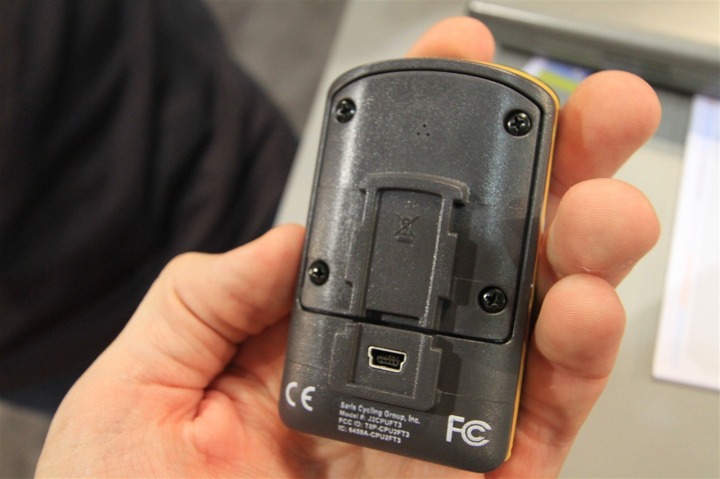 In the case of the Joule, GPS is definitely on the radar…soon.  In my discussions they understand that GPS absolutely has a place in training and racing today – even if it doesn’t directly provide a metric or measurement that’s key to measurement or performance.  They noted that when they first started looking at GPS for the unit during initial design, it would have increased the size and cost too much.  But now both size and cost are dramatically different.  And GPS is on the radar for the next iteration.

Speaking of things on the radar – during Wednesday’s combined power meter company seminar’s, I had a brief look into what their planning with respect to an online site allowing you to measure, compare and upload your power meter data.  Within the 8 minute video below they’ve included a teaser video of the new site.  In many ways this is similar to what you see today with Training Peaks or Garmin Connect, except focused on just their products.

So with that, I’ll let you enjoy their session – which includes a few other items of note with respect to their upcoming product lineup. And be on the lookout for when the Joule arrives at my doorstep.