A very hot 4th of July…and lots of BBQ.

After leaving San Diego on Thursday, I arrived back into relatively cool mid-70’s weather late Thursday night. However, my acclimatization period would be decidedly short, as by Friday it was well on it’s way to the 90’s.  Luckily, my easy trainer workout on Friday was indoors – so heat didn’t matter.

My parents had arrived Thursday a few hours prior to me arriving in town, so the weekend would be full of good times.  Starting with a National’s game on Friday night: 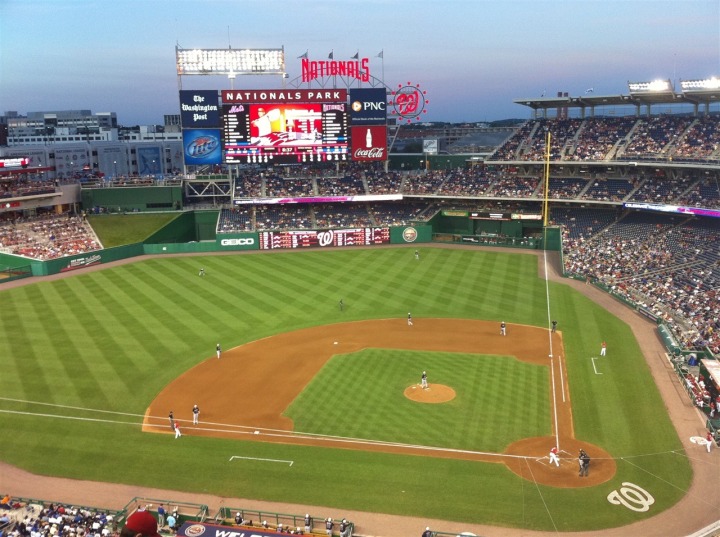 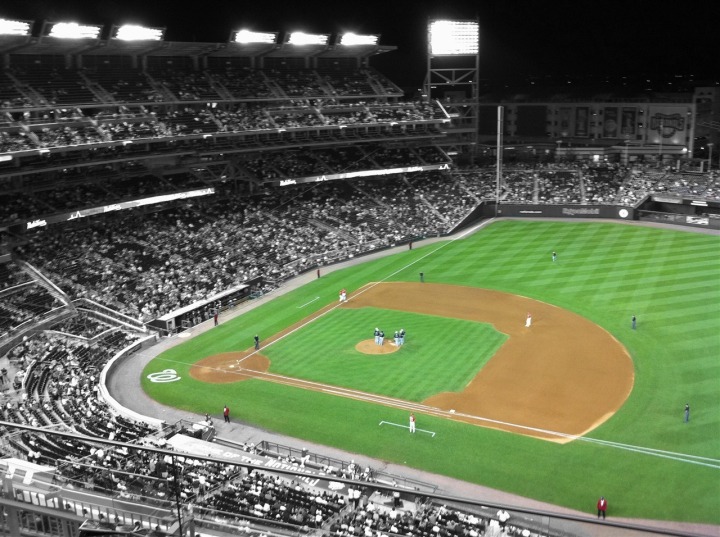 They eve had fireworks after the game.  And not some rinky-dink little two-shooter – no, this was a full pretty big display.  Pretty impressive actually! 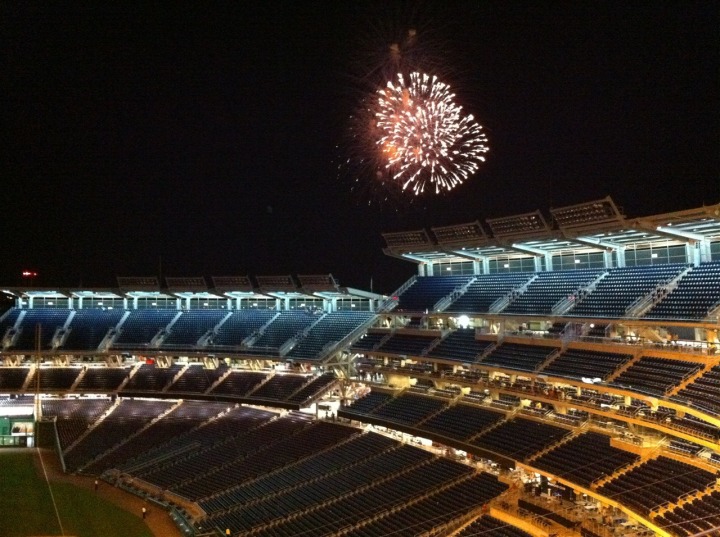 Saturday brought a awesome 10-mile morning run with the Pacers Runners around Washington DC.  Though while navigating the nightmare of fences setup for the 4th of July festivities on the mall was a bummer, the run itself was quite nice.  My Mom even joined in the run as well! 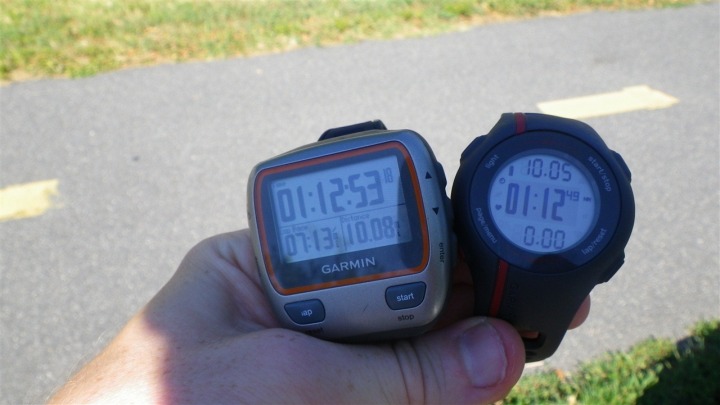 Immediately following the run, we went straight to the pool to get in our weekly non-stop swim (the one swim a week where we just don’t stop at all, even for a few seconds).  My mom continued to play triathlon and even joined us on our swim.  Back and forth she went, just like us. 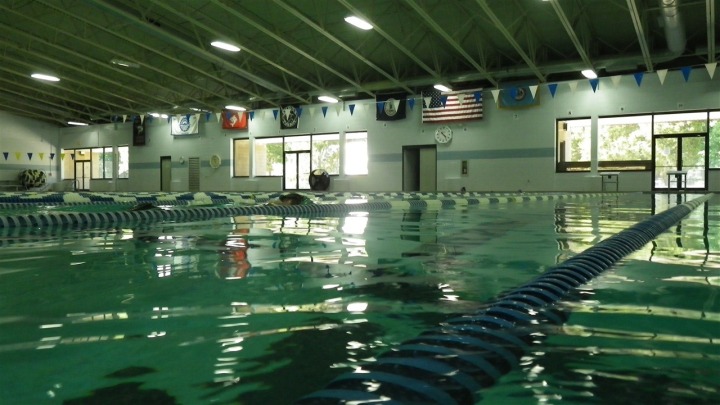 The non-stop day would continue after the swim, with a swing by Bonzai (local tri shop) where they were giving away a Lightspeed bike, along with some really good BBQ. 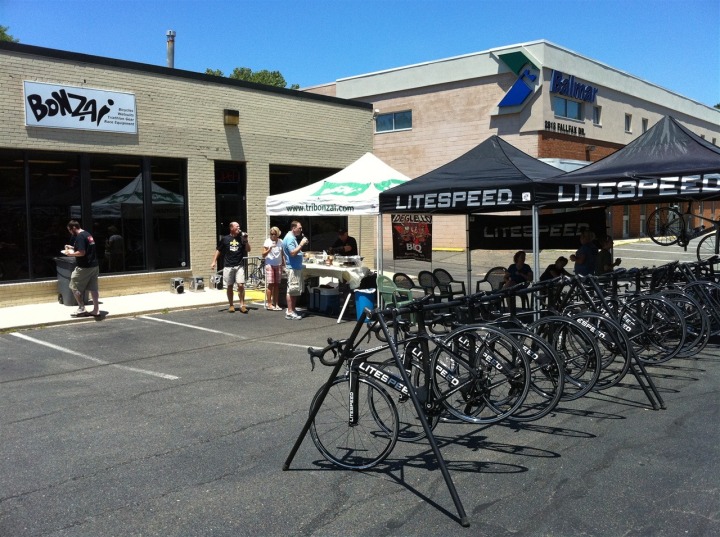 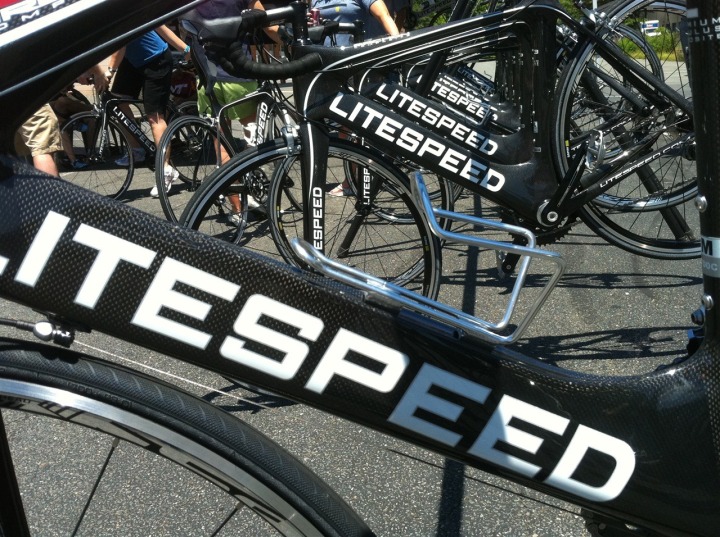 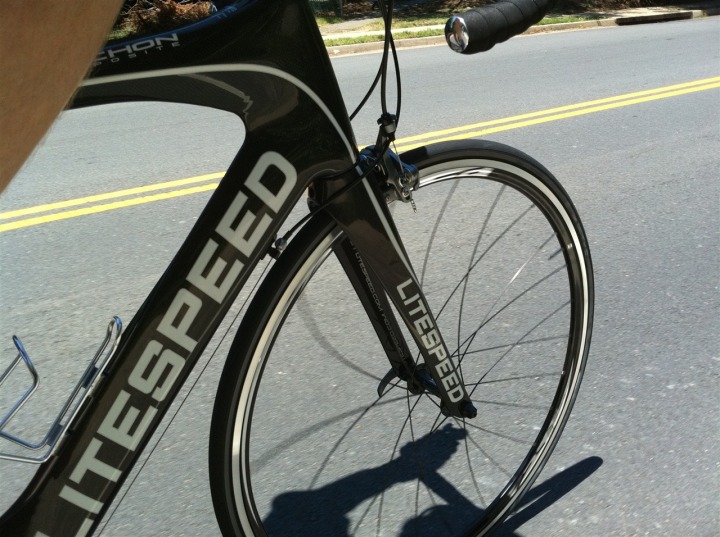 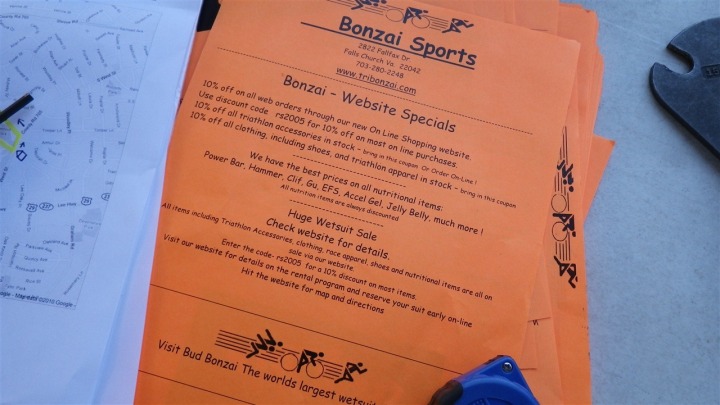 The guy doing the BBQ goes out and wins the BBQ competitions like you see on the Food Network, and after checking out his gear…no wonder!  The system is actually technically fairly similar to the Sous Vide machine I did earlier this year (with temperature probes that control a heating element turning on/off as the temp fluctuates).  Except…he makes really good BBQ, and it’s connected to a laptop.  I don’t have mine connected to a laptop.  I need to figure out how to do that… 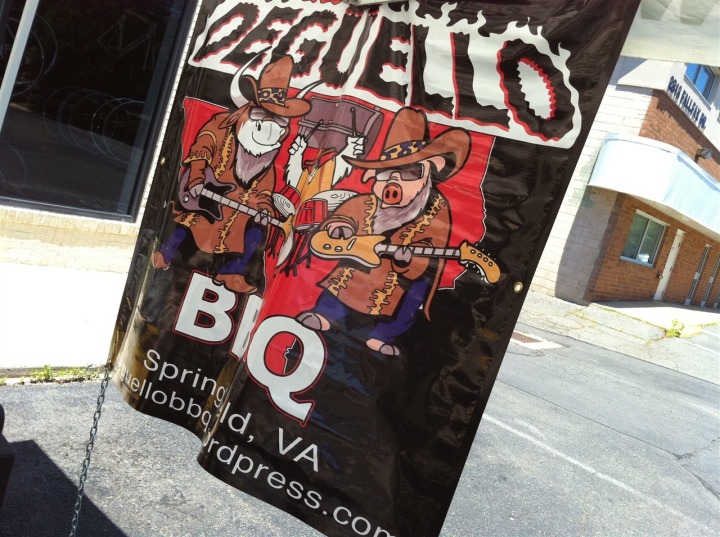 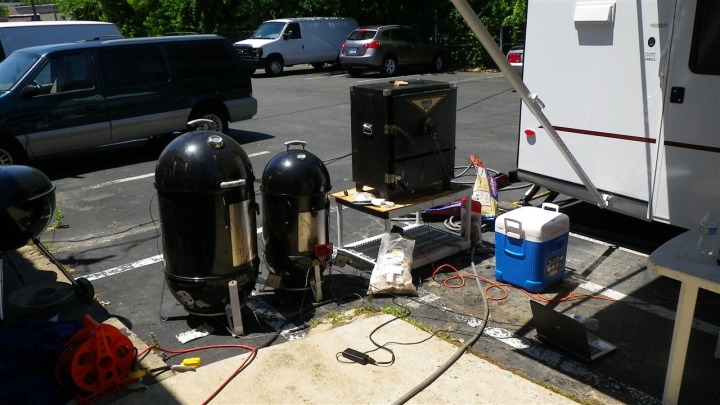 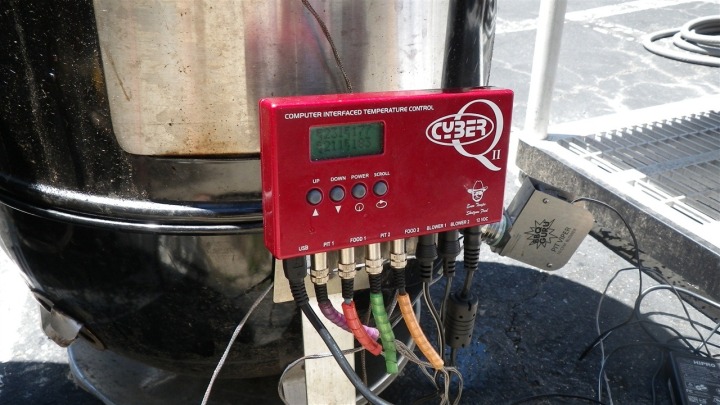 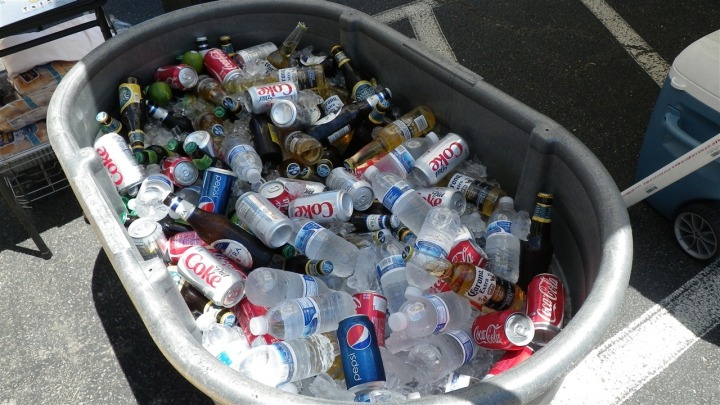 Finally, after watching a bit of the Tour’s first day we went out and got a great dinner downtown.  Good times!

Sunday morning brought more heat with it…and a long bike.  How much heat?  Well, here’s what my little Edge 500 said about the ride:

I have to admit – when I first heard of the temperature feature on the Edge 500 I couldn’t really figure out what it would be truly useful for.  But now I know.  It’s function is purely there to tell me how screwed I’m going to be on the run hydration-wise…following the bike. 😉

And while the 60+ mile bike ride wasn’t too bad…without fail, the run was just downright brutal.  It hurt, in so many amazing ways.  The route was out in the glaring sun, with the temperature pretty much toping out by then.

Despite consuming 5 full water bottles on the bike, plus some extra here and there…I still ended up down 8 pounds from start of the ride to the end of run.  Which, at 5% is pretty much well within the category of ‘solid fail’.  Thus the likely leading cause for my less than ideal run.

On the bright side, I kick-started my hydration efforts with a giant 40oz slushy from 7-11.  Which always makes life better. 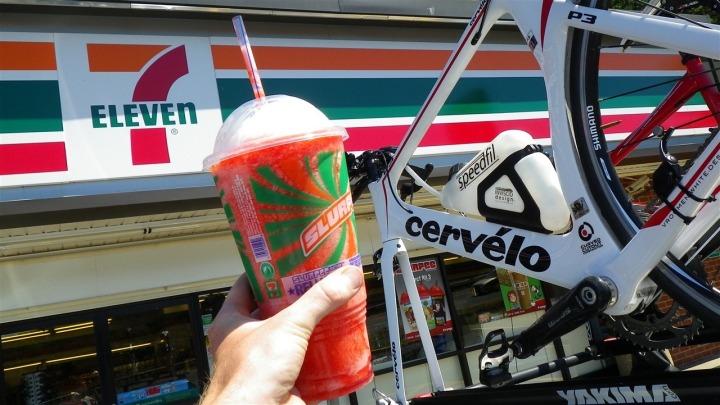 Finally, last by not least – the weekend wrapped up with some  burger grilling and then checking out some fireworks across the river.  While we didn’t brave the hectic crowds to see the show over the National Mall, we did see the ones over National Harbor.  The whole experience from across the river was so much more calm, and without all the crazy crowds. 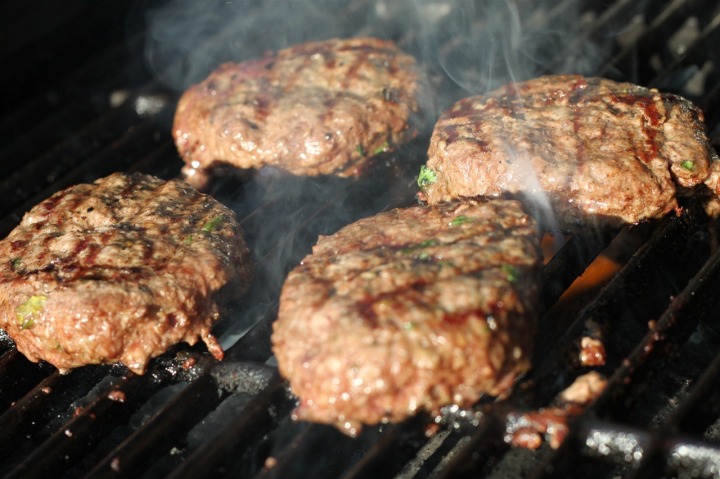 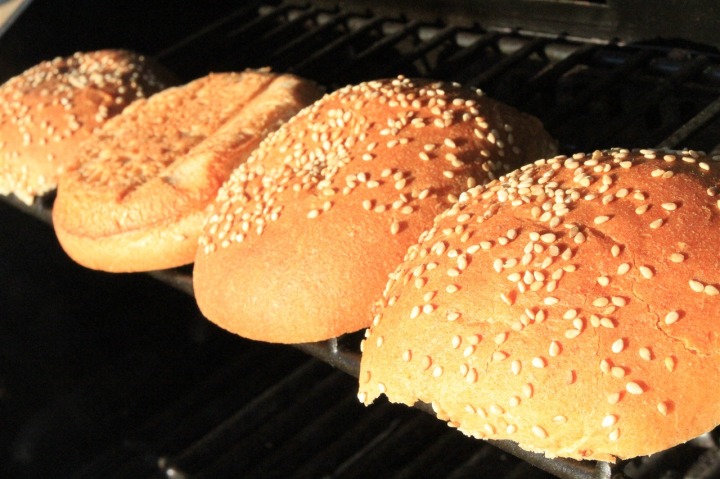 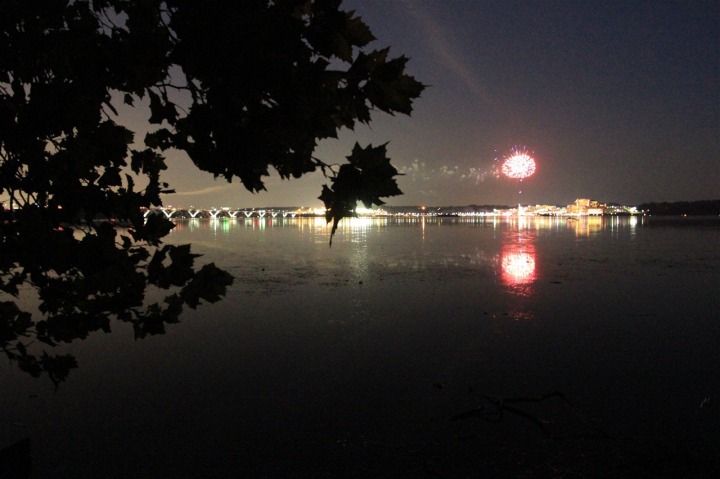 Hope you enjoyed your 4th of July weekend!

And remember, don’t forget to enter the Garmin Forerunner 110 giveaway!